What an incredible amount of rain and snow!

It's almost midsummer and there is still fresh snow on the peaks even as low as the 2000mts ones of les Aravis each and every morning...

The weather has been a bit of on and off for a couple off weeks and it doesn't look like it matters where ever I go, from here to the northern part of Norway, still the same (but just colder) forecast, le pluie an masse!

So, time to go a bit south and head for some Italian granit, one of my favorit climbing areas Valle dell'Orco

Just driving through the mont Blanc tunnel, doesn't just cost a bit of money but its like arriving in an other world. Dry roads, cheap good coffe and a yellow thing shining over us, yes!

And it just gets better down the road...

Orco, not to be mixed up with Arco, is on the south side of Grand Paradiso. Which has a named famous 4000m summit as well. An area great for skiing and climbing.

A couple of hours drive and we arrive to this ocean of slabs and walls of cracks, well worth the fuel. 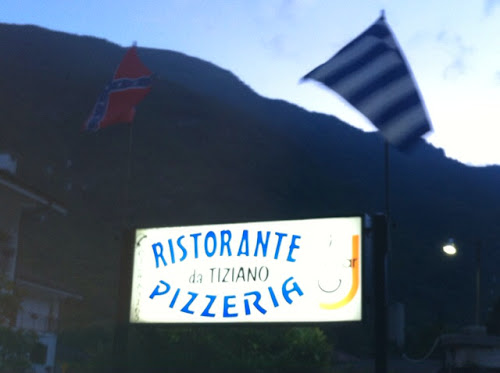 The approaches are everything from 30sec to a couple of hours, we aimed for the Sergent area at the end of the valley. A 20min walk and there's loads of routes. 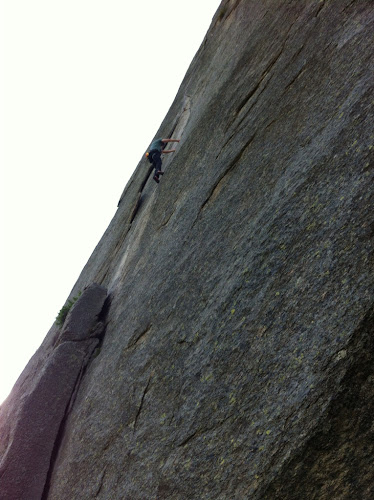 Incastromania 6a, a do not miss this one warm up, beautiful hand crack. Well protected with mid sized up to nr2 Camalot 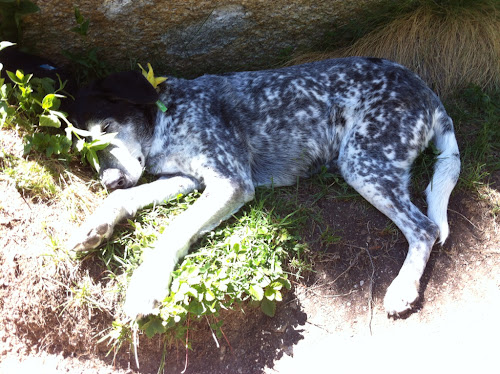 Vanja is enjoying, finally there is sunshine!
After Incastro we had time to head for Michail delle torture a 6b Orco crack classic. The route starts up some traversing crack and grass system which doesn't look to inspiring, and can be avoided via an direct start, but that involves climbing a bolted route, and personally I find it to bizarre to climb any of those bolted lines next to a perfect crack...can't understand the idea. There is an other thing with the slab routes, but a couple of meters next to a crack, why!? 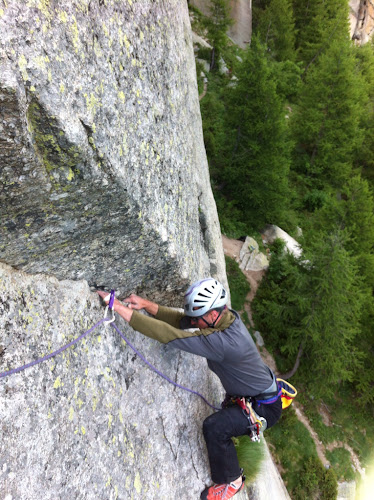 First pitch of Michail delle torture
Anyhow, the Torture one isnt the anything close to the hardest route, but a bit tricky and exposed and can give a nice flight down the slope. A tactical nut is placed under the roof of the second pitch, sometimes...

And with a potential 7a finish, not to be missed! 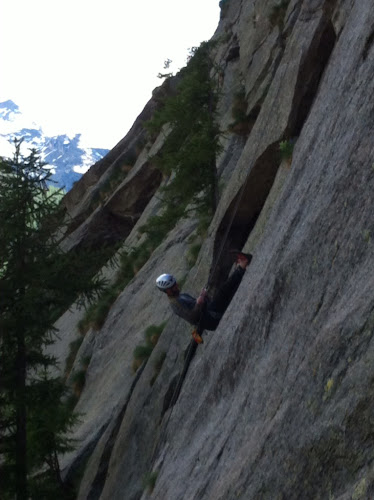 P-E takes the opportunity to show the Swiss dülfer rappel

A slab training route over 7 pitches. The crux on the 6b is well protected but consider some nice run outs 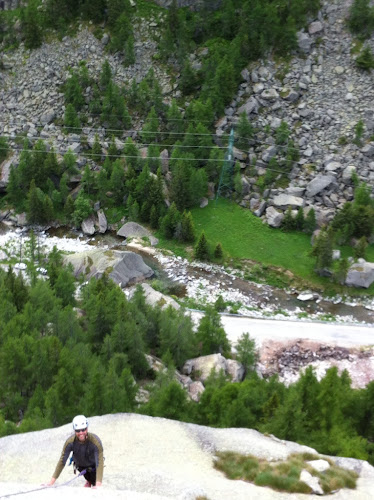 Sea of granit
The route starts at the west side of le Sergent, the most left hand side, just where there are some old cement blocks with 2 big old rusty bolts. A faint trail takes you out there from the main trail 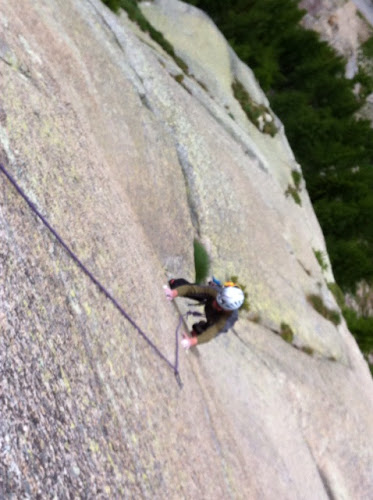 Footwork
This is a perfect route, as well as one of the classics, an other one, which are crucial considering the foot work as well for the mind. Go there and see what I mean:-) 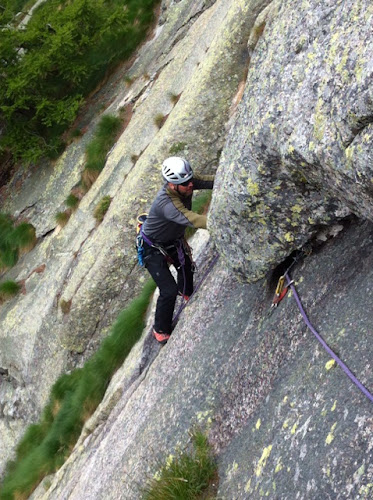 Per-Erik on the 7th and last pitch of Cristo Verde
All of the anchours are in good mood but there was one that needed a bit of shaping up... 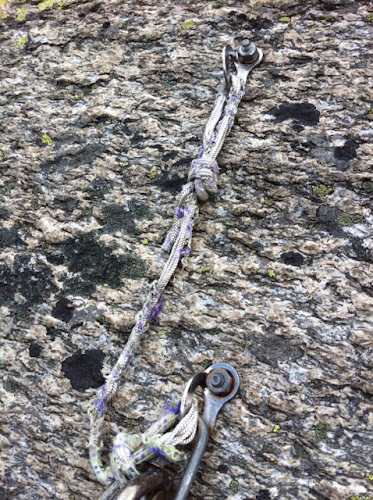 Time for descent and some Pizza! 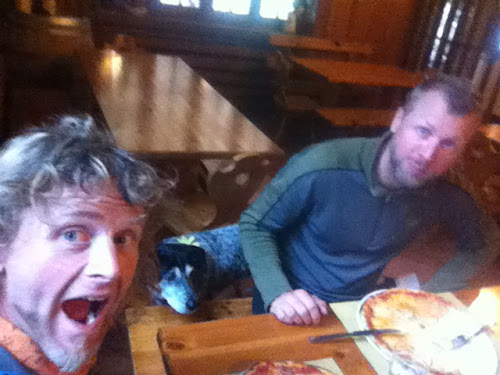 There is a very nice camping spot below the Sergent, with a fish pond as well for fresh fish

The biggest area are Sergent, Caporal and don't miss the climbing above Lucano!

Sergent left side, no.9 is the Cristo Verde
/Climb hard, fall sometimes...