Blaitiere - no fiasco on Fidel 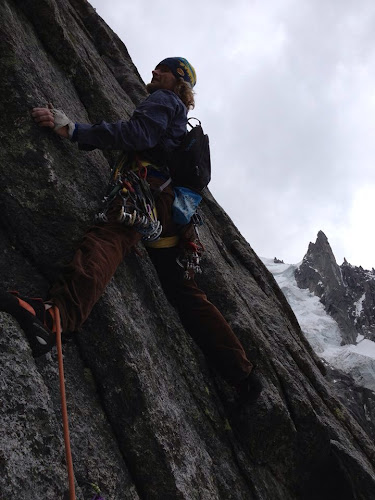 With only single days in between work Plan d'Aiguille and Blaitiere is a good choise. Straightforward approach, no glacier crossing and not even necessary with crampons

A thing to bear in mind though is that most of the routes are quite long time since they were put up, so beware the gradings! A 6c Piola route, it IS a ruff 6c... 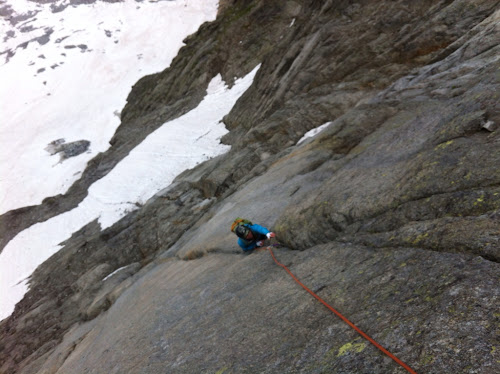 We headed for the long and persistent "Fidel Fiasco" 350m, ED sup/VIb or modern 6C, only broken up with a short 4+, otherwise sustained climbing, mostly in cracks but with a most interesting crux part over a steep slab. A route not to be missed! 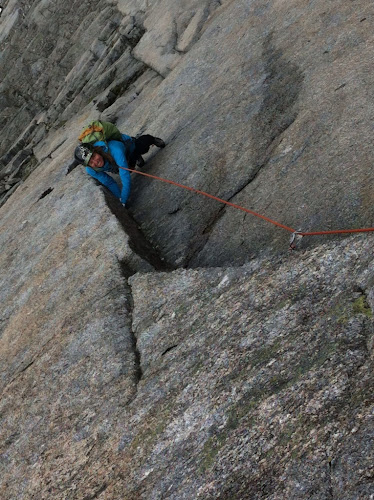 A Backlund in the corners and cracks mood, Fidel Fiasco, 6C 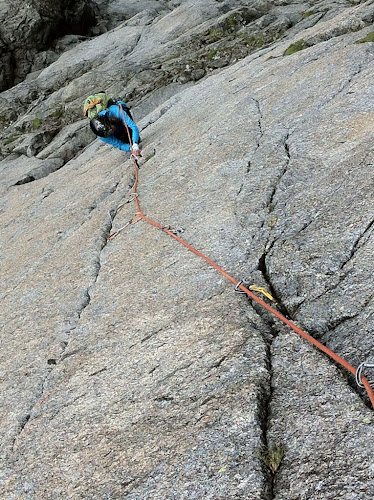 A Backlund following the cracks on Fidel Fiasco 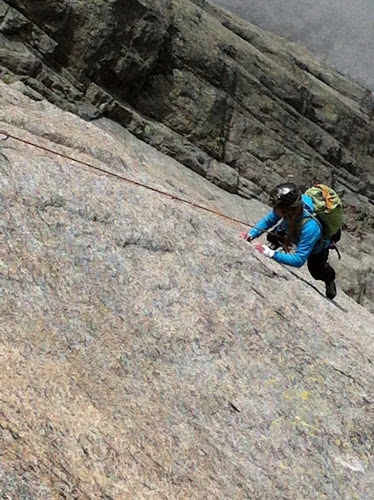 Sensitive climbing on the slabs of Fidel 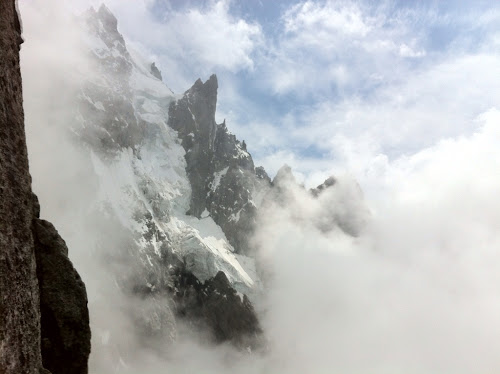 An other excellent but less climbed route is the "old Wave", which I guess is named after Ringo Stars 9th studio album

Some kind of mixed up is probably done, but it's still a nice route

As it says in the Topo:

And the big chimneys explains the reason for the lack of sun for sure! 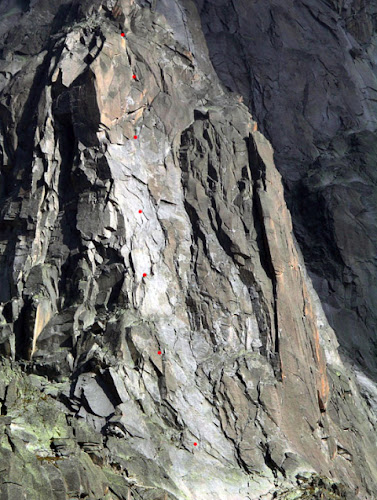 Blaitiere and Pilier Rouge, the Old Wave is in the shade to the right in the picture 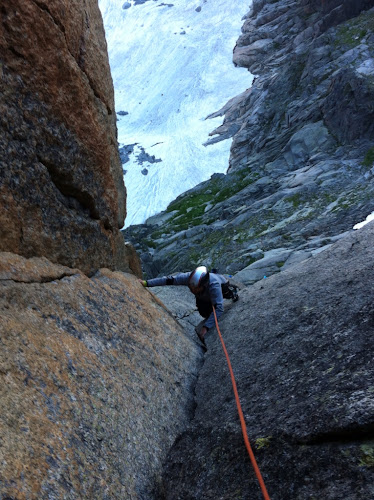 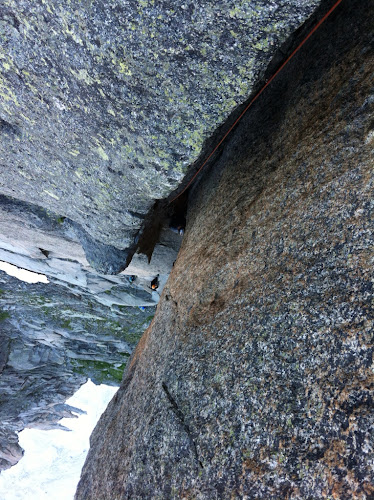 Cracks and Chimneys, a route for a President 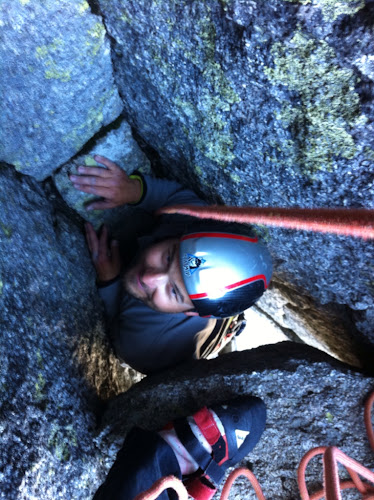 Santa Ari arriving through the chimney!

R B for the routes 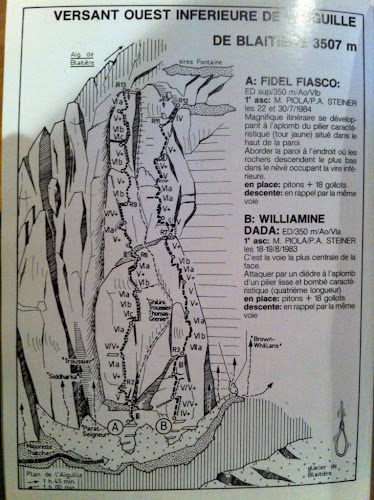 Set of nuts, small wires is a good complement 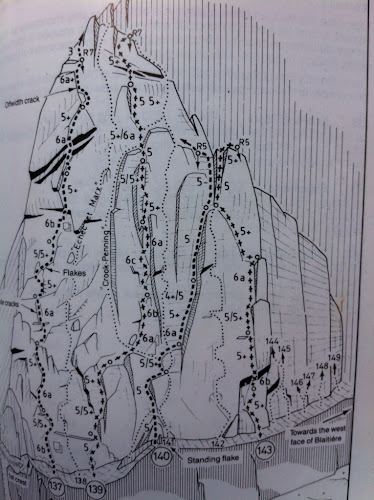