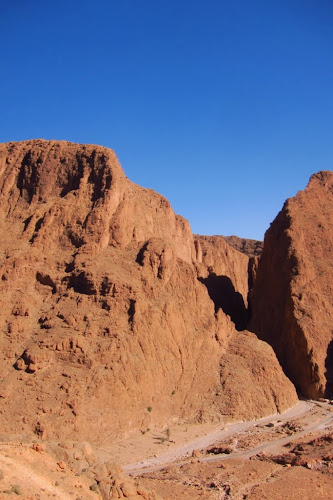 
A great country to travel in. A lot of nice trekking peaks up to 4167mts, mont Toubkal, as well as a big number of climbing tours. Todra and Taghia is the ones to go to for climbing, The later is a bit more adventure to get to. But wilder! For a week, Todra would be a better choise 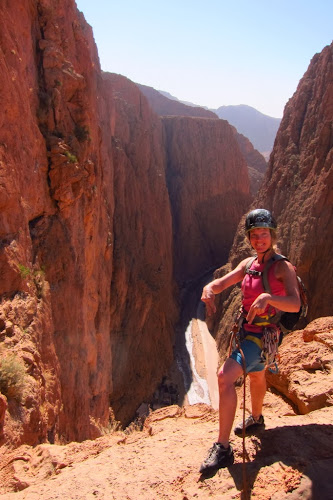 We had a visit to Todra gorge close to Tinghir for a week of climbing. And of course Flying!
This area has climbing on limestone between 4+ to 8b. Everything from long pure trad routes to newly bolted singel pitch. As well as bolted multi pitch up to 10pitches. 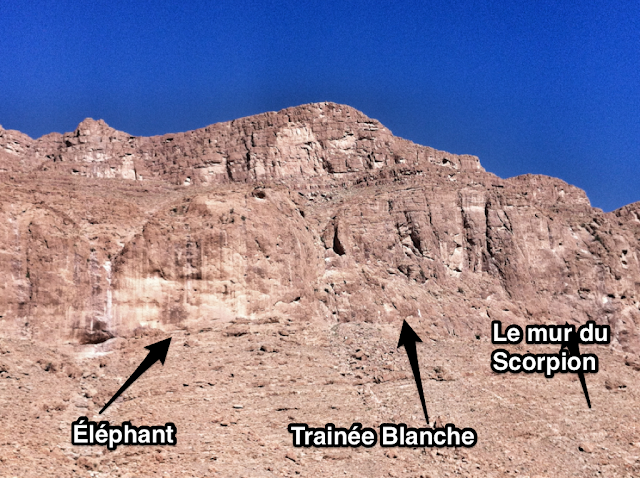 The amount of routes I would say is enough for a couple of weeks climbing for most of us, about 400 routes to chose between. And the potential for putting up new routes are enormous 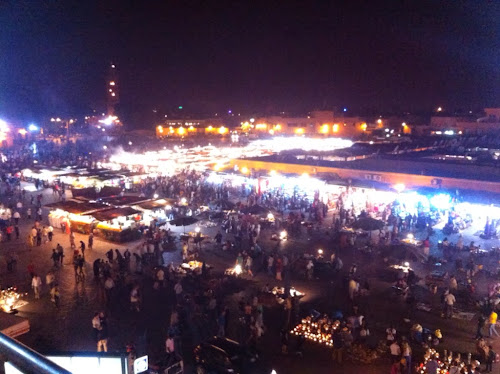 The famous square in Marrakech, a crazy place

How to get here
There is to alternative airports, in Marrakech or Quarzazate
Flying to Quarzaztae means that you miss the trip over the Atlas, god or bad!?
The last bit to Tinghir, which is about 14km before Todra, or Todgha as its also referred to. Done by taxi, which is about 1500MAD from Marrakech or by bus. Which cost 130MAD with baggage.
The best ones are CTM and Supratours. The last one is bit quicker with fewer stops, takes 6hours and 9h with CTM
The last bit up to the Gorge is done by local bus or private taxi. The bus takes 20min from Tinghir and cost 7MAD. If you prefer walking it takes about 3h! 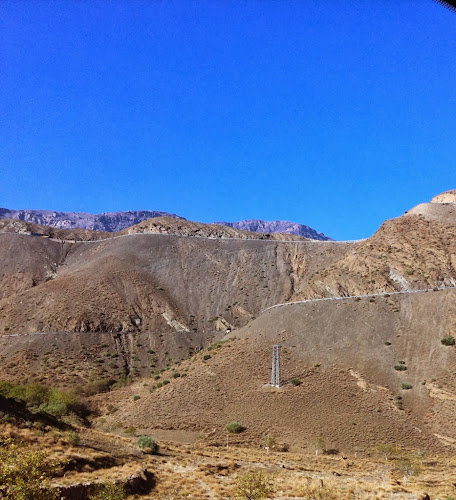 The road over the Atlas, very curvy

The climbing in Todra has evertyhing from bolted singel pitch to mutlipitching on own gear, a.k.a tradclimbing. But also up to 10 pitches of bolted routes. And grades between 4+ to 8b. It's over 400 established routes and a huge amount of areas for new routes. So a week will pass quicky.
The aspect of the walls makes it possible to climb all day in the shade, or in the sun if you prefer!
Routes not to be missed would be le Scorpion and Elephant. And Chibania 6b+ on Pilier du Couhant
The amount of climbers is low so don't suspect to many around, but the number of regular tourists is huge!
The month of September to November sees the biggers numbers of tourists. But most of them are day visitors 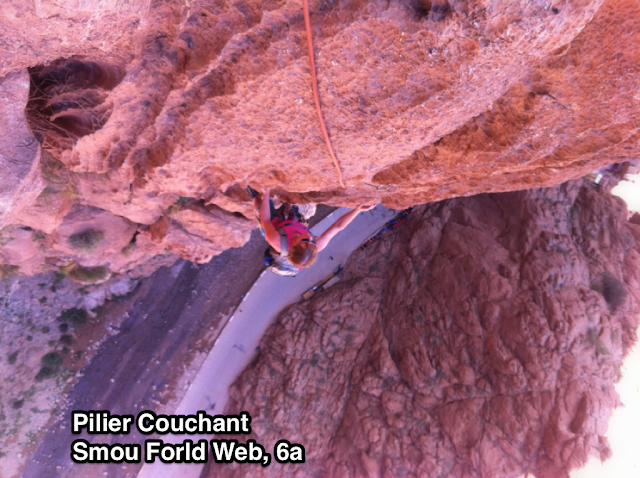 For singel sport pitching the Petit Gorge, about 4km from the main gorge is a good spot. Nice routes from 5b to 8b and some really nice 6b climbing. Metalica 7a and Sati 7b, trés bien belle!
Steep and overhanging... 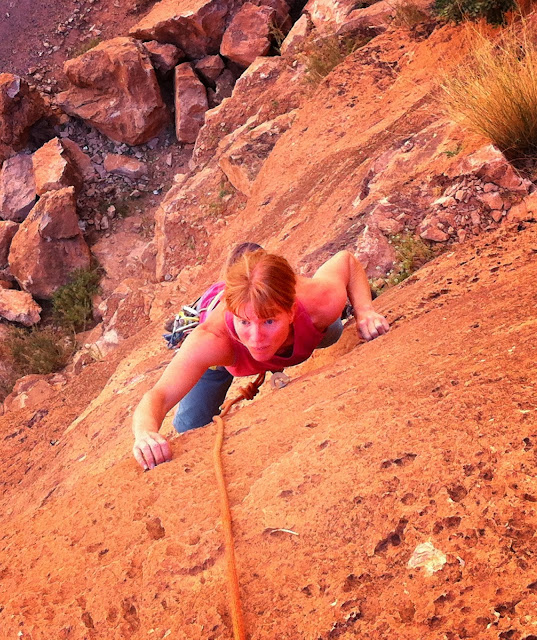 Anna is staying focused on Sati 7b!


For info about the tours and a topo you can find Allal Fadili, how also has a small "shop" at the other end of the canyon. Just ask for him and they will know! He will also help to show any of the routes. And can provide with most of the gear you need, even renting you are rope!
Which isn't to bad because the impact on the ropes are big! The sharp and quite "colour full"rock will adopt the colour of dust brown to the rope, no matter how you do 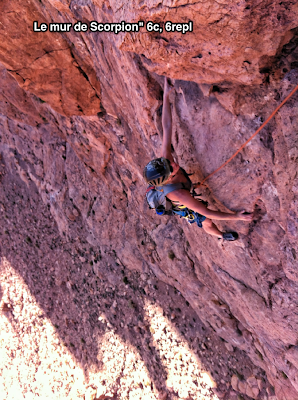 For staying I recommend to stay outside the gorge, the hotels in the gorge are supplied via diesel plants, very noisy and at 23:00 they are turned of, means clean dark!
Otherwhise a cheap alternative is to stay in a pitched tent at the roof of hotel Mansour, if you just can stand the smell and noise.Or, try to get a place in this one... 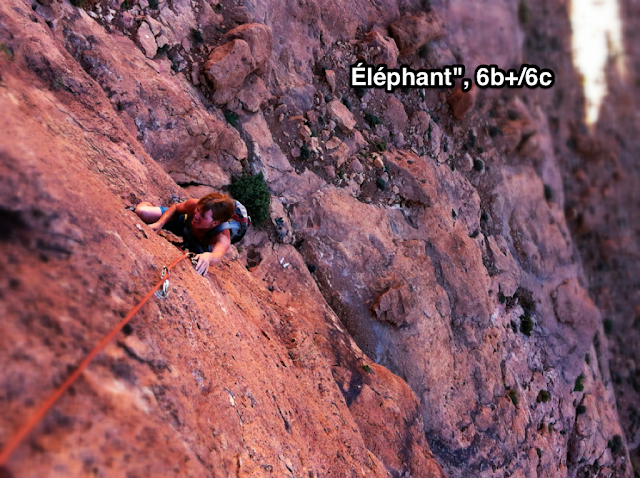 Hotel Dar Ayour, darayour.com is a small guest house suited just before the gorge, very nice, clean and good service. Just stay away from the wine (yes they have wine) but sold at 150MAD/bouteille! Pass any of the Supermarchés before you leave Marrakech instead
They have wifi and very nice rooms, a little smelly though because of the numbers of cheaps and goats extérieur, but on the other hand gives a little "piff exotica" not to be underestimated!

And what ever you do, dont miss a tour to the old Hammam in Tinghir, with a ruff massage done by the owner! Might also involve a cup of tea after the traitement, if you still can walk:-) 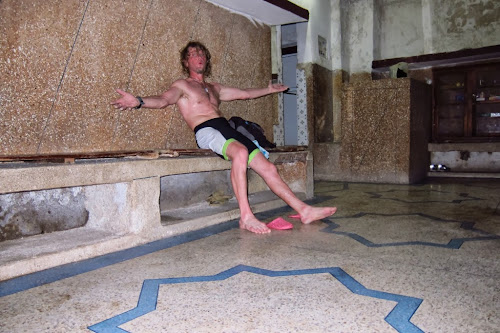 EquipmentYou need a minimum of 60m rope, 12QD´s, a small amount of wires and cams for the trad routes and a couple of extra hangers for 10mm bolts (sometimes missed)Extra cord for the rappel anchours, to change to old cords (dont forget to bring the old stuff back)The people here are very intense but super friendly. Very interested about the climbing, so just relax and have tea with them. Dosnt mean that you need to buy stuffAnd if you run in to Elfadili Ihoussaine, say hello from me and he will help you with totti!Very nice and just wants to help, not after your euros

A nice way to finich the trip is a visit to Jardin Majorelle in Marakech, a great place to escape the town and very beatiful with all the flower and trees. A small oase away from the crazy traffic
In 1923 Jacques Majorelle bought 1.6 hectar of land and turned it into a small paradise of wild trees and flowers 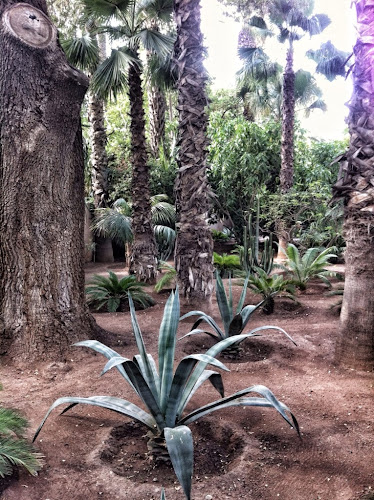 The coffey at hotel Oasis in Tinghir, opposite the bus station, is much recommended
But, stay away from the beds