The winter of 2020 is going to be remembered as a much different winter in many ways.
The winter of 2020 also delivered a lot of snow in the north of Scandinavia. Around Riksgränsen we could see bigger amounts of snow than ever in modern times. Not those huge amounts around Kebnekasie, but still more than usually. Almost like in the "old days"

This area isn't very crowded to start with, and 2020 with the world wide virus going on, hitting each and every little ski resort. So of course this remote place got the share of it as well. Suddenly CONVID-19 was on each and everybody lips, the oddest thing with the staff and local tourists did have much effect of it, almost not even understanding what was going on really. And then that suddenly everyone started to cancel their visits, well as with a lot of other really surrealistic things, it just didn't feel for real.

We arrived in Nikkaloukta and headed up to Kebnekasie STF station with a weather forecast that could mean anything and everything. But, at least the snowpack felt stable, with cold weather predicted.

Since I was a bit in to ice-mode we first headed for an ice-fall a bit lower down towards Nikkaloukta, some 10km more to the east.
A route that I scanned on the way up the week before, that looked like a nice un-climbed project, possible 2 pitches. 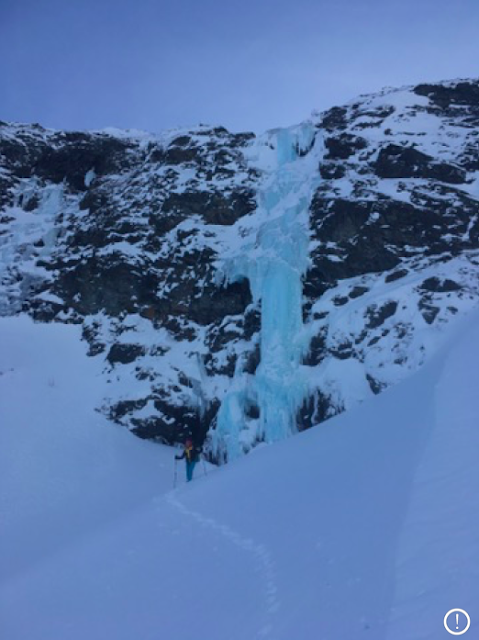 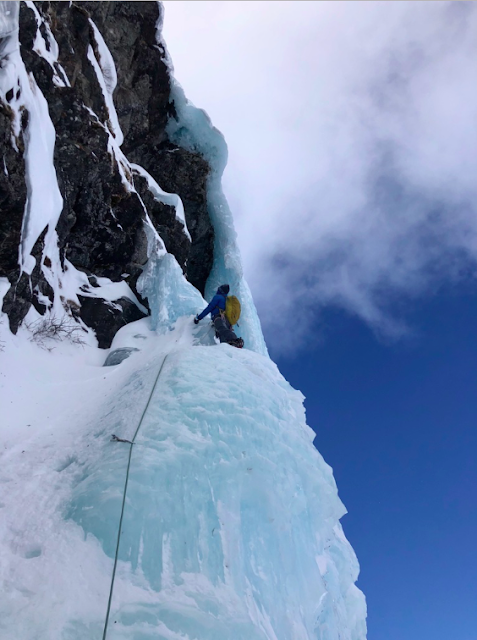 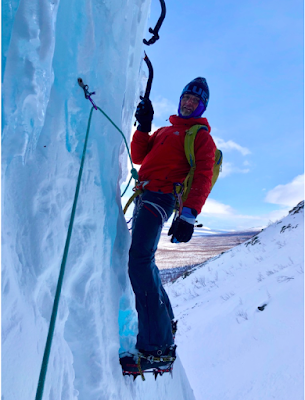 Arriving at the base it looked even steeper than on distans, with an interesting roof to pass some 10-15m up and then straight up for a vertical section that turned out to be good solid climbing as well.
Finally we even got a third pitch of 45m up some shorter sections of 90° ice. In total 3 pitches of up to WI5+ on great stalactites and solid ice moments
Cascade du Quarantine
3 pitches
WI5+
Location; Between the great ice line "Coeur du Giant" and "Couloir du Elan"
Descent, same line on abalakovs

After two days of stormy weather it finally cleared up and we could head out for our planned tour over to the area of Nallo and Vistas.
This area is more to the north of Kebnekaise and even more remote, like really remote. The access on skis normally takes two days or one big day. Depending on the size of your back pack.
But the effort is worth all the sweat! This area has a huge numbers of great lines, un-skied lines!!


Our warm up tour to Tjäkktjatjåkka is quickly turned into a little more and bigger tour to the neighbor of Tjäkktjabakte and its spectacular looking east face.
A quick detour to pick up some more alpine stuff like crampons, ice-axes, harnesses and a short rappel rope and with the great blue skies we was on our first, and very much improvised mission!
Our 3hour schedule to the summit turned out to be very correct and at 15:30 I hiked the last bit towards the summit corniche. which I respectfully stayed away from as much as I could, just taking a short shortcut towards what looked like a safe place to get an idea of the ridge going down to the run.
Suddenly I see a crack line that is detaching the corniche and at the same moment as a jump left the whole thing just disappears down the face, still with me happily on the just departed top, #&%?!, sigh....
With an other of these cat lives just disappearing we at least had gotten a good test of the snowslopes below us, everything that stil is on place should be more than solid to ski, sort of!
After a short debriefing I start down the first section of mid-steep terrain where Anna joins me before a short exposed traverse to the next section of a steeper couloir. And then into a bigger area of more open and less exposed skiing down to the valley, a good descent of almost 750 vertical meters.
Don't fall!!

This as a couloir that I have been looking on for quite a few years, just a brilliant line which is cut deep in the mountain dividing the small looking tooth from "Flint nålarna"
Easy to access via the route towards Sielmma tjåkka, but then heading up towards the corniche of Flintnålarna. A bit of tricky skiing down to the saddle and then...just a beautiful line with not even a death potential!
Sielmma Batni couloir
5:3/S7/E:2/ 63° - 400m
Crampons, Iceaxe, harness, 40m rope

This is an other obvious line from an unnamed mountain above to the north of the Nallo hut.
It holds a couple of lines down its south looking face.
the access is best made over the small lake below 1880 and then up the north face. We put on our crampons quite low and booted up, the last bit was a fight with the suger snow covering the rocks, but after a couple of tries we finally made it. Must more difficult than it looks!
Once on the ridge its a safe last approach and then a cool line which never goes steeper than 45°

Unfortunately everything has an end, so as this one. After some great remote days we needed to head back towards Tarfala and Kebnekaise again, cause of the food issue...!
On the way we picked a route that would give us a few longer and slightly steeper descents, before ending up in the valley of Tarfala. Since the weather had been more than perfect the last days we expected and got a hard northern wind with really cold air. But, luckily mostly in our backs.
Once back in the Tarfala terrain we scanned an other line to bring with us. This time from the east side of Norra Klippberget, just above the Tarfala refuge.
A short skinning up Isfallsglaciären and then a section on crampons and some easy, very easy, scrambling ups to the east summit and the ridge of the peak. Payback, a beautiful couloir down the north looking face to the 1150m lake. No obstacles, just pure semi-steep skiing. A line to finish the Keb Line season with!! 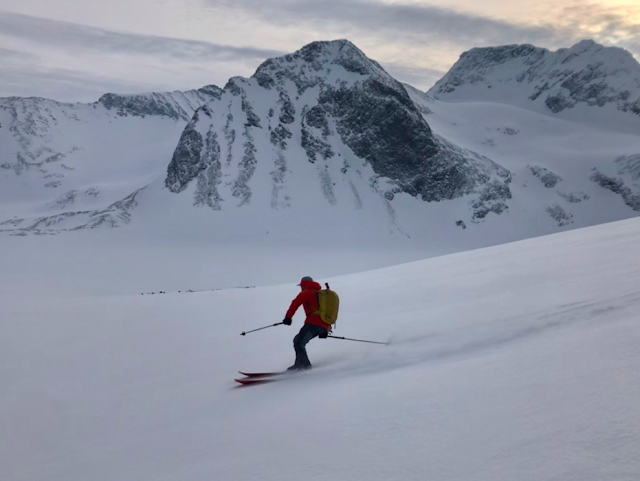 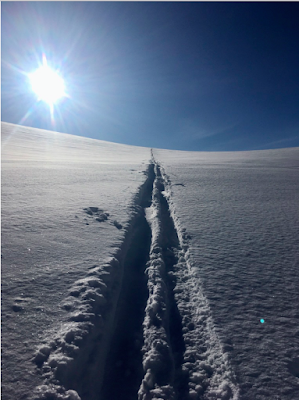