Felt good to be back on ice again

Last time experience still in the head but this route on the d'Armancette is a brilliant route at an easy grade lll
There is a lot of snow at the moment and one should take care when approaching since there are some big snow fields above. So don't pick a day after snow fall to go here. It's avalanche prone as h_ll
The surrounding are great though and there is a lot of potential for some adventure climbs. Either by continue up the rock and mixed terrain when the ice stops or climbing some of the rock ridges on the sides of the valley
The options for some great ski descents a numberous!
I have picked some out for the next days... 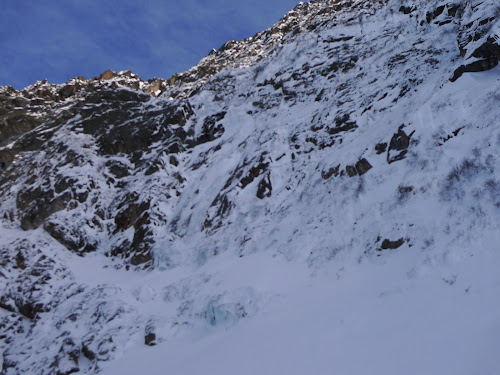 the cascade
A good link, as so many times is the one to camp to camp,
http://m.camptocamp.org/routes/208049/fr/cascades-d-armancette-2eme-ligne-de-gauche

And as it wasn't enough the decent back to the car is just something... 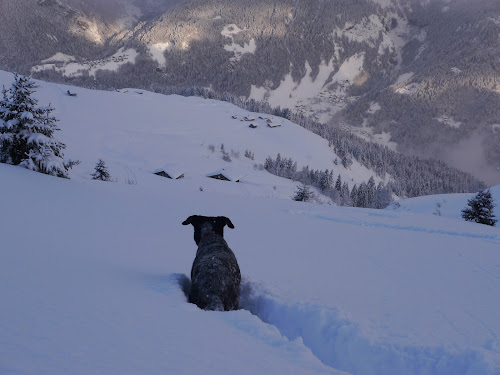 Sharp thouch on the seasons first ice, one more to the list!

After two days of heavy snowing the winter has arrived for sure, finally
But I must say that after shoveling the white powder around, trying to keep the parkway open, that summer isn't to bad either. Even though it's quite a good work out, with the shovel in hand. It takes it time out of an a lady short day

So, back in the sofa again after a much indeed interesting day, I feel that the pain from today's bruising and a bit of headache isn't anything to complain about. Could have gone worse 4 sure!

Vanja on the approach, forcing the snow

After a warm up cleaning last night snow off, it was time to hit the road for a drive up to Offerdal for a bit of vertical ice. With the 4 hour daylight spell the ice up there is about perfect, with it's 20-30 meter high routes
Only to be seen if there was any to place the picks in!

Felt good to see this classic area again, a lot of snow as usual here but there hasn't been time enough for the ice to form in any thicker layers. A thin path of ice has almost formed in the central part. Looks ok enough so after scanning the start I decide to give it a sharp try
After the boulder start I sneak up over the vertical icicles avoiding to place the tools to close. Now and then I can get a good placement on the rock but on the third icicles I can't find any else then just an improvised hook behind the ice curtain. Nothing to complain about because one or two jabs with the axe could destroy the whole thing. So nice and easy, shifting hands and a gentle swing with the other axe as high as possible
No cussing way! The axe comes off! In slow motion I see what's happening. Try to make the placement with the upper free axe, now both are free, but no good. Going to take a jump, should be aiming on something soft...like the ground, uhh

-This will hurt! A seven to eight meter air tour will hurt!!

It's my last thought before getting airborne
Surrounded by snow, what happened to my hat? Every leg and arm is moving, the snow is still white, well that's a good sign?

-That was a close call. Can't do any then just laugh at the whole 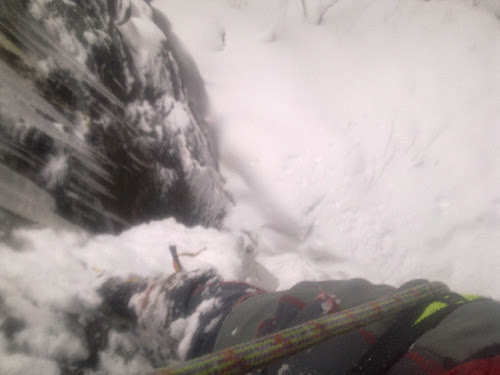 After rescanning what happened, should I just hit it again?!
A second, or third thought...
Coiling the rope up, I found the hat in a bunch of snow, I limp over to the far left where I find a rope to tie in to. Getting belayed this time I lead up over this less steep part. Still with no pro cause of the thin ice, but a bit easier climbing
And then it feels a bit better to re-climb it with this time with a fix rope to clog on It's a long season
Feels like I had the "Good luck Cowboy"

Back on the Plastic

It ain't nothing like getting beaten up by a bunch of plastic on a pice of vertical wood!
Finally back in the real life after weeks of outdoor, with out the oudoor...
The only real climbing, is the indoor climbing. Or what!?
A hard work out at the famous C Halle makes which ever climber a hard time. Real Jemtland wok out!

A question to Chris Rowlands, the DMM Brand Manager.
About different use of dynema slings in anchors. No matter the base of what are used to tie the slings to.

What is your opinion on using Dyneema slings for climbing anchors like?
A. The classic V anchor with 2 points and one overhand knot in the bottom to equalize.
Like this

but with a dyneema sling.

Is this OK to hold a factor 2 fall? (belayer hanging in stand giving belay with normal rope brake like ATC) What will happen if one point fails and and we have one point in a dyneema sling with the overhand knot on?

B. The triangle 120cm sling with clove hitch in each protection and the overhand knot on one sling in the bottom.
Same questions as above.
Risk of clove hitch slipping and burning/ breaking the dyneema?

C. Any of the above with 2nd climber using 120cm dyneema as cow tail to clip in to anchor.
2nd giving belay to lead climber in his harness and getting shock load on the cow tail as lead climber takes fac 2 fall.
Risk of breaking the dyneema cow tail?

In answer to the questions;
The A scenario is a generally accepted practice and would appear to be ok
B and C scenarios we are unable to give you ar firm and fast amswer as there are too many variables involved.However as per the video, generally it is best to avoid knotting and shockloading dyneema. Where there are other dynamic factors in the system , such as Rope, and the belay plate, this will help decrease the force on the dyneema.
Many Thanks
Chris Rowlands
DMM Brand Manager

/it's all about the Country!

Leaving Zion with Moonlight butt and a Touch stone 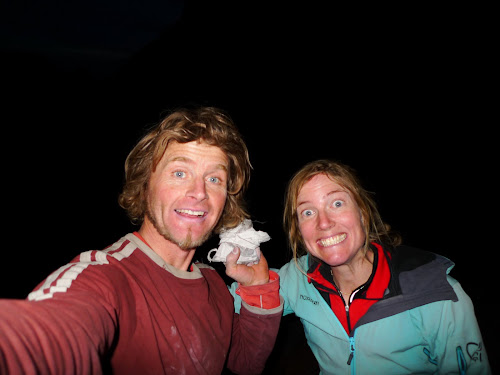 the Happy campers back on top, this time of Moonlight Buttress 5.12d A Zion Classic and Must Do