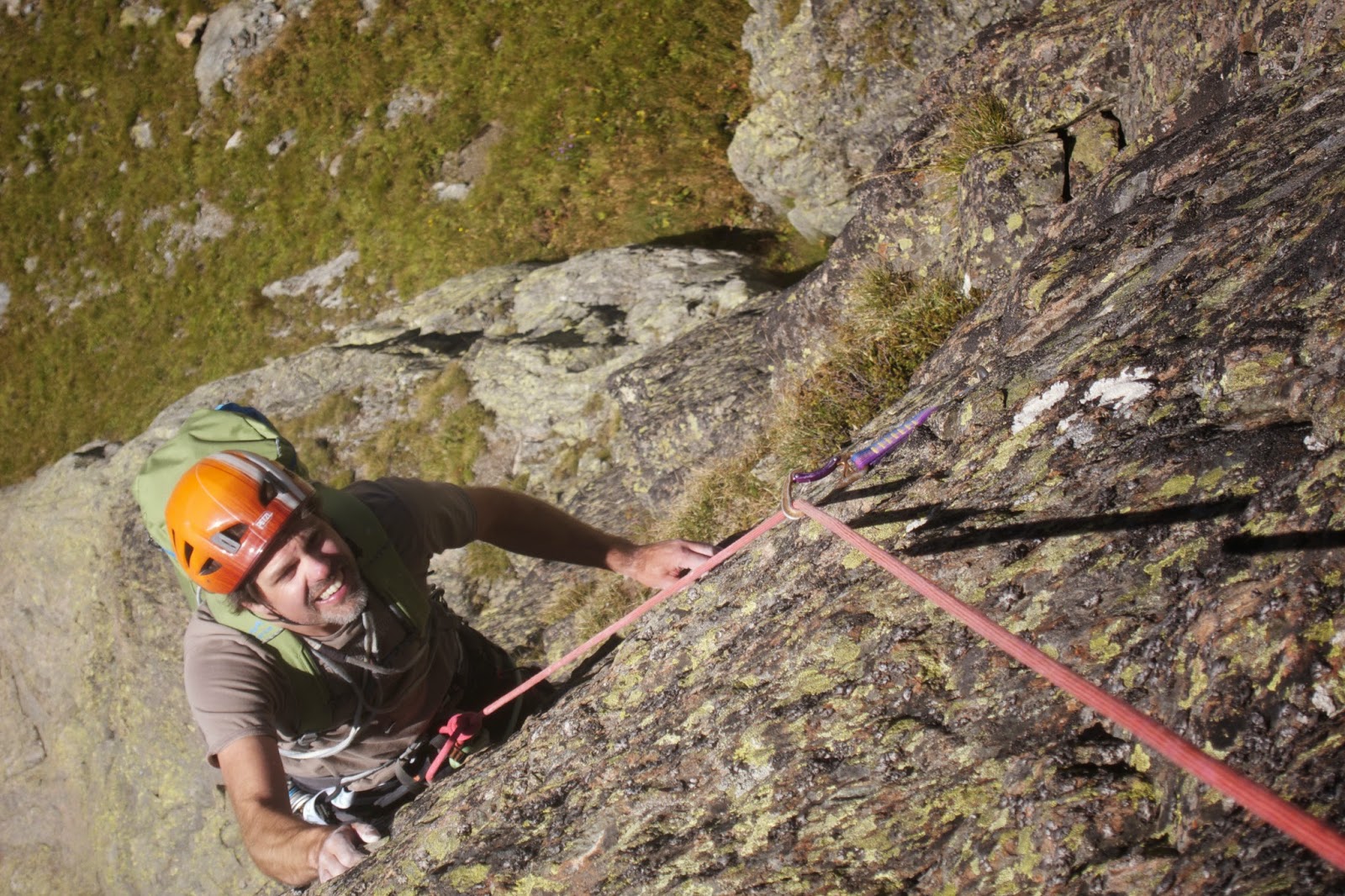 Unfortunately the Brevent/Flegere side lifts are closed for the season at this date. Which now makes the climbs on that red side of the valley a little more difficult to access…
Otherwise the huge amount of climbs makes it perfect for a resting day, or if you pick any of the longer harder ones; a full day out!

The nice thing is also that its possible to find easy long good bolted climbs as well as hard self protected routes
The rock is totally different to the south side granite. This gneiss sort of rock has high friction as well. Shapes more likely what to be found on limestone. And if its wet, look out!

Specially in late winter and spring the climbs here are most enjoyable, with a ski in/ski out access direct from the lift!
And the micro climate on this side of the valley makes its best to dry the rock out to be warm and comfy to climb early in the season. As well as quickly after a heavy rainy night.

I have many favorit climbs here, with the most know the Frison Rouge probably the most known one. After mr Frison, a local Cham guide and journalist
An other frequent climb. But nothing close to the previous is ”ASIA” at l´index lift
Easily reached from the lift with about 15min walk and fully equipped with ”swiss mod. bolts”. Put up by M Piola, who else!?
The hardest move is actually the very first over the first bolt. With that one done, the rest is a nice cruse, well almost. A couple of awkward moves on the third pitch is very much 5c! 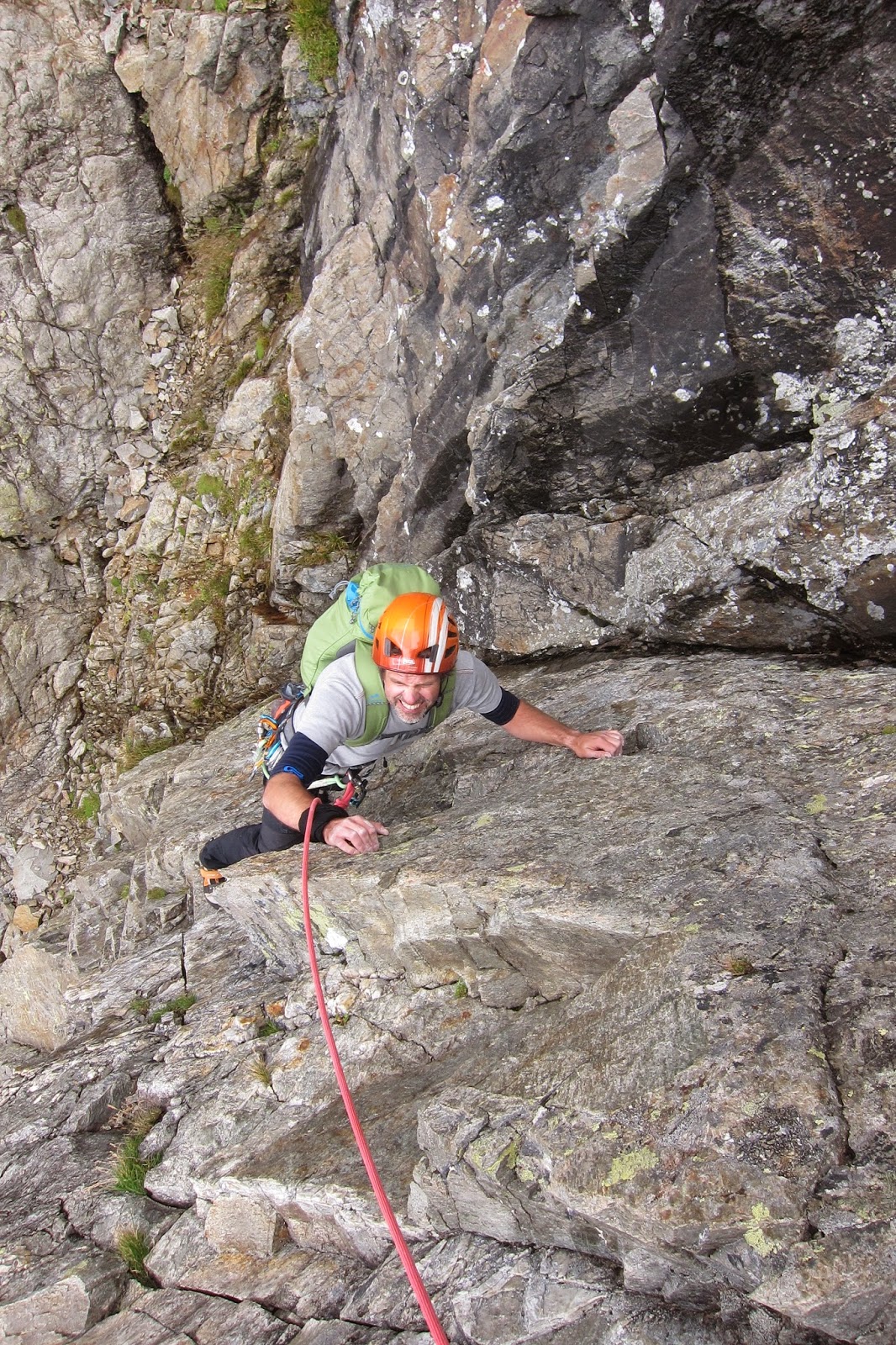 An other nice variated climb is ”Tatie Crochue” 6b. A 120m climb suited above the pistes from l´index towards lac Blanc 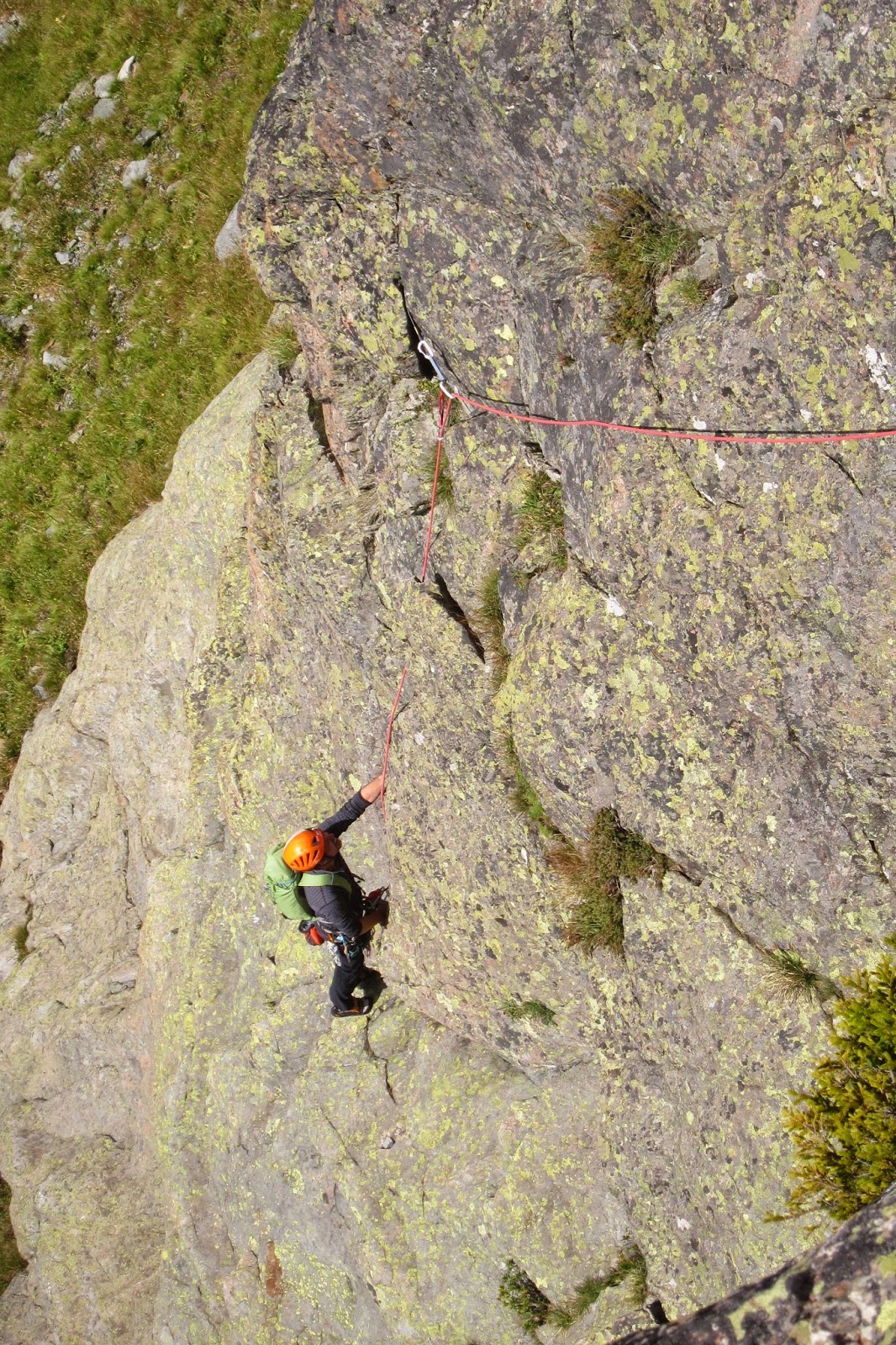 The climbing is variated on good rock. Still it looks quite loose at places, but the holds are there. Its just not frequented that hard. Probably cause the most of the five pitches is self protected. A small rack of midsize nuts and cams from 0.5-3.0 makes its most dupable though. And most of the cruxes has a bolt there anyhow.
Just take it for what it is, and enjoy that there isn’t chalk all over as on many of the other ones.
At the start, aim for a glued in bolt a couple of meters up, then head rightwards, probably much more then you would think first. A little strange first pitch, but after that it gets better. The start of the 2nd pitch is most enjoyable with good cracks
And once at the top, the descent is very easy with a fix rope and easy scramble back down to the path that takes you back to l´index lift 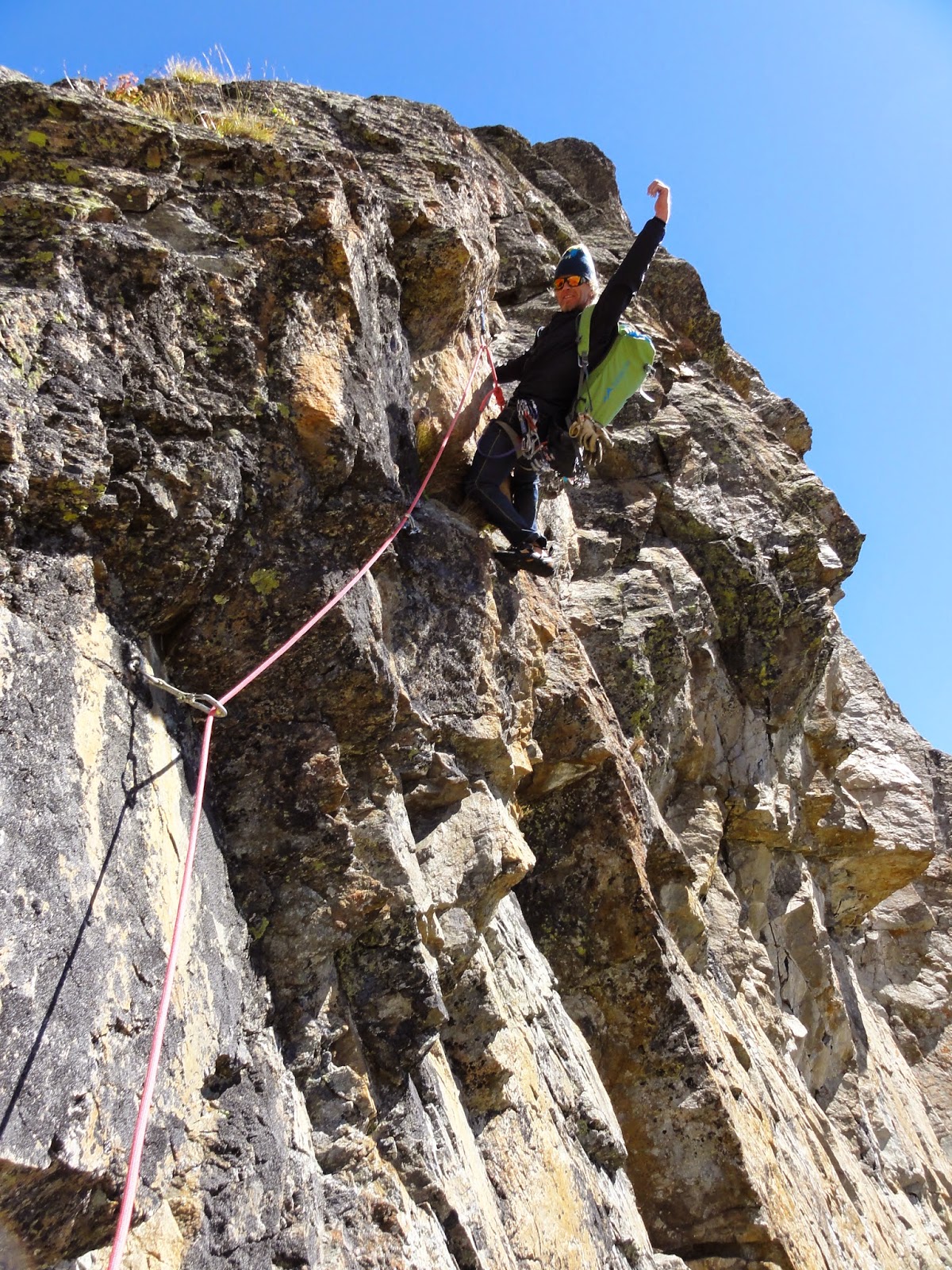 The last of the three. But not the last in the maner of quality! "Bodinosaure", a 220m route at 6c is just the route for you that wants to improve your jam technique 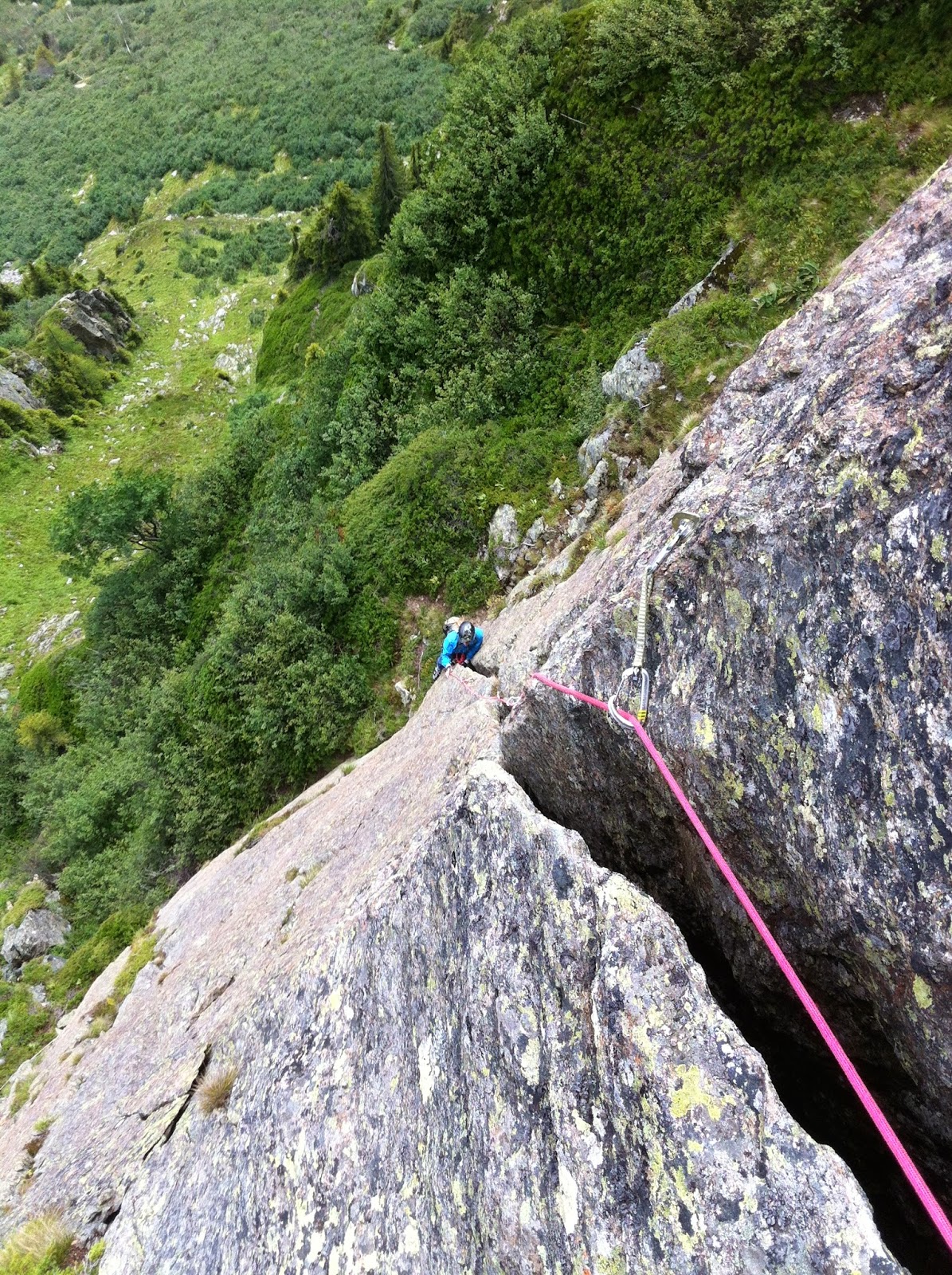 Only sad thing is that the whole thing is fully equipped! In a climbers point of view it would have been more of a climb if the bolts would have been left somewhere else on this one
But still, a great climb. And why not bring a set of cams/nuts and really free the thing anyhow!? 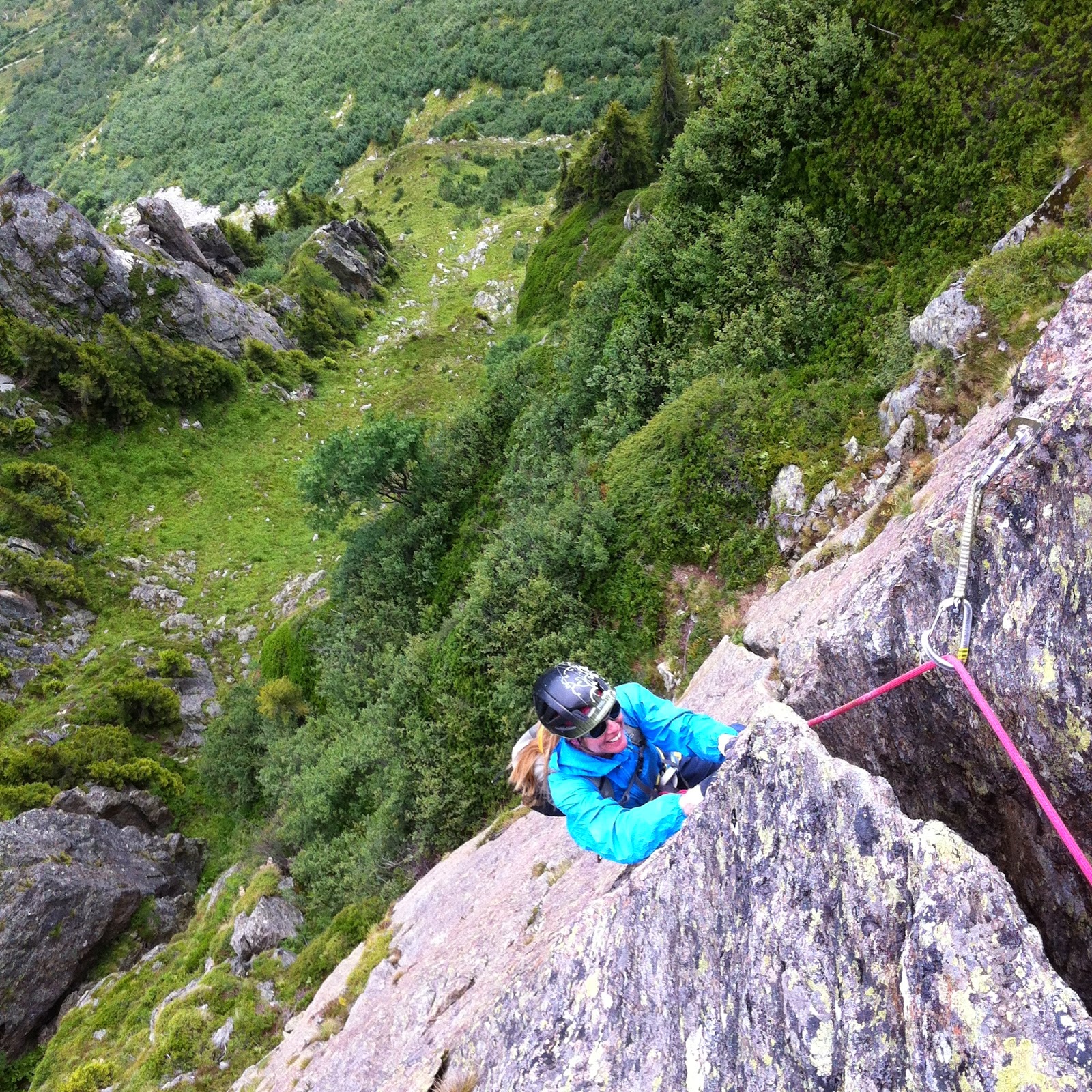 Asia 250m 5b - Fully bolted. 10QD´s, 2x50m rope (1x50 if you walk off, possible out climbers right down the slabs. Easy terrain and quicker then rappelling) For route finding, follow the ”swiss hangers" 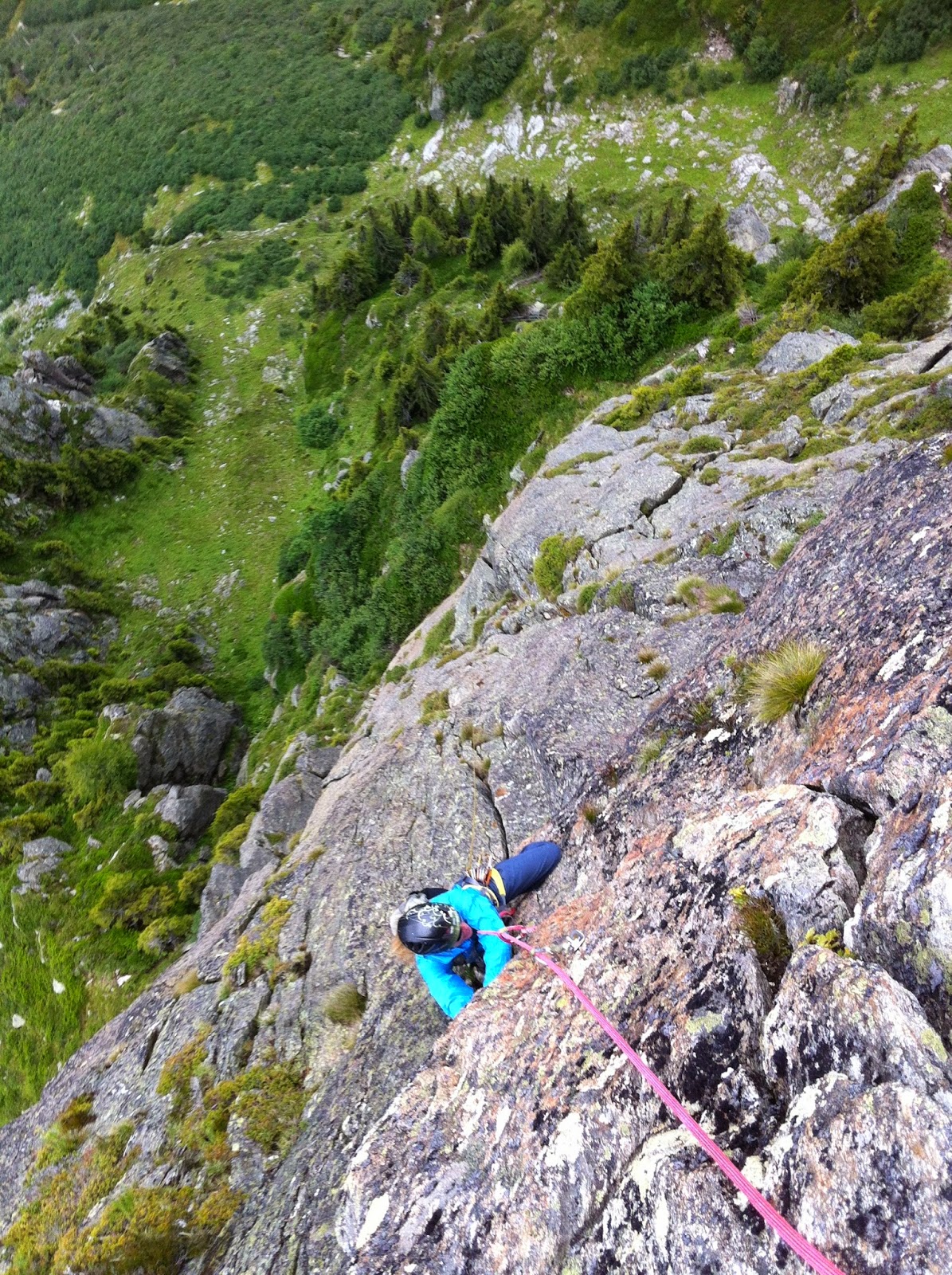