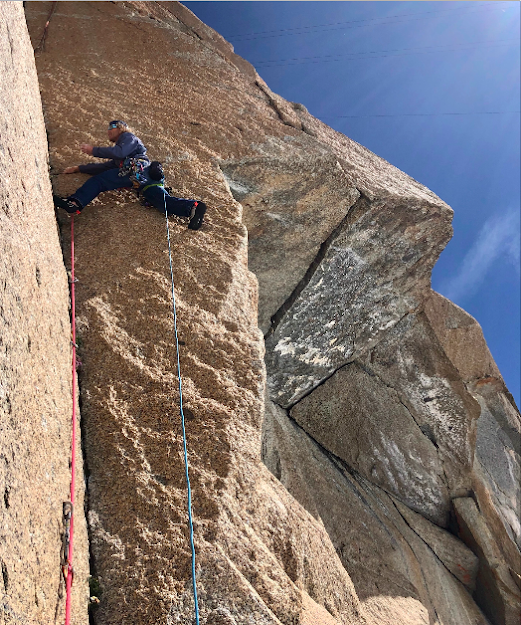 All good for a great day of climbing on altitude on the aiguilles of Chamonix.
To make it an easy day, first days on attitude for some 3 months, the south face of Midi would do as the perfect choice. Easy access, stunning climbing, belle vue...on y va.
With a low slight risk of a overcast with a little chance of precipitation it should go fine with a 1/2 model of alpine start, going up with the telepherique at 09:00, and the route!? A mixture of lines trying to link all the big corner and cracks together to get a high level of climbing and a uniform level of climbing. 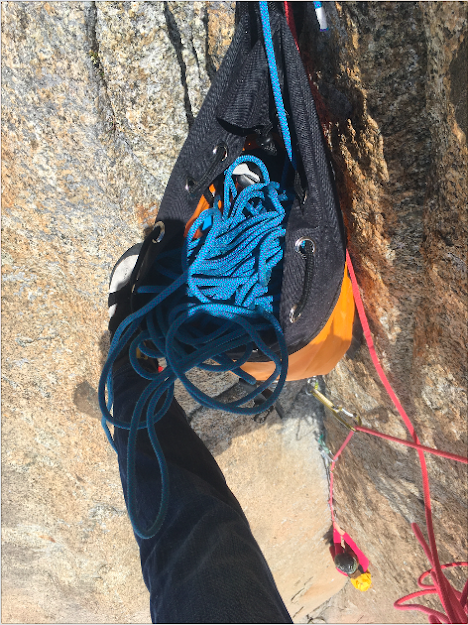 As always, just the drive up the valley over viewing the surrounding mountains is surly breathtaking, each and every time. And with the knowledge that in some 15minuts your gona be stepping out of a telepherique at 3800mts, with out more effort than buying a ticket...on y va!
Again as always, a few meeting with a few friends at the top. Happy faces with a great day a head coming up. Finally, after a couple of months covidement, who can complain? If you wanna sing there is always a song, on y va!!
As always, the 15 min approach is as beautiful as ever, this year even better than in many years. With all the late cold weather and snow the arete du Midi is an easy one with most of the cracks well filled in.
Even the rimeye to get to the wall is still, at the end of june, in a very easy mode.
As always, even though I have been at the poutre for more time than ever before (a broken foot syndrome), still the odd granit feeling is a strange one and the comfort zone is not yet back there.
But, a few meters climbing adds a few millimeters of confidens...so keep adding meters will help!?
As always, the great feeling and friction of the mont blanc massif granit, its cracks and formations, is harder than remembered. But, fighting, cussin and growling, always pays back and a few pitches brings back the good feeling memories, happy crawling fingers!
As always, my wife has come up with a great plan of ideas, and each and every pitch is better than the previous, linking the south face as the Bastillion of the sharp guillotine.
Something that really shows its reality when the recently named person, my wife, arrives at the upper belays on the 10th pitch
-Oh, is it snowing?
-Well yes, its been snowing for some 10 minutes alright. But as long as its only snowing it won´t be to slippery...
As always, it started to RAIN...*
Premier, I climbed the next pitch in a bit of heavy snow, then belaying Anna up in blue sky....before the big bang and the thunder road moved in full on!
Now it turned from odd pleasure to really bad, hail; OK, snow; OK, rain; O...K, thunder; not OK!
Belaying Anna up the second last pitch things are fast moving into really bad, I can only watch as the normally good friction of rock goes into covered and plastered ice and snow.
And, at this pint there is only one way to go, that is up!
An other team of two has taken the road down on the final east wall of Midi, which would for the moment send them to a safer spot. but only into to nowhere to go, surrounded of loose rocks and no escape.
For me, there is only one goal at this point, bring the ice axes out and climb and dry-tool the uppest part to the top of Midi, find the anchors and make a s fast as possible traverse and rappel down AS POSSIBLE!
Then, with a safe rope over the aiguille, bringing Anna over when it has calmed down with lightning.
Now its survival mode sort of.... 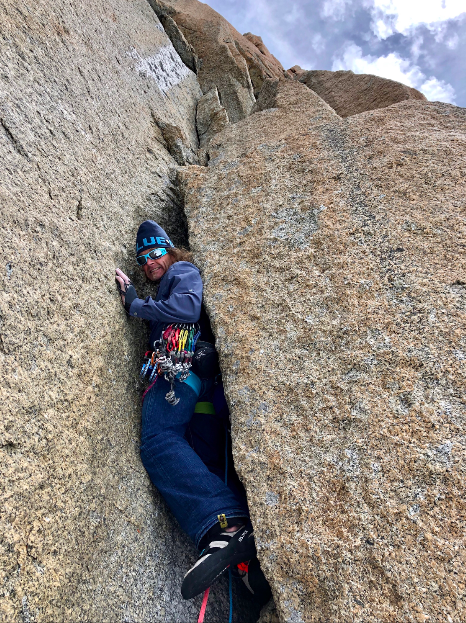 As always, my confidence grows with the task and mission.
-Whats the likeliness of being hit by a lightning, really!?
Well ok, at this point, being on the highest place in the area surrounded by metal installations, equipped with metal, crampons, ice axe, carabiners, wet ropes... oh la la, well its a small chance.
While hearing the sound and growling moving up, the bad feeling of being at the wrong place at the, ok, wrong time, I try to make distans to most of the iron stuff around when there is suddenly a;
BANG!!!
Ahh, someone is hammering my head hard and down; pushing, hammering, beating, everything at the same time. Thunderstruck, but luckily still there. Probably saved because I moved away from my hardware and was still on dry shoes with a good rubber sole.  But a small dizzy feeling.
-shit, I´ve been hit by lightning... I wonder if there will be one more? Is that really possible?? Two times at the same day???
Pricing my foresight, I still have our rappel rope out and not in the bag, so I can quickly organize that one for the rappel still being on the lead rope to bring Anna over when all is ready.
Which in a long minute brings me down to the safety of the both of us, securing and untying from the ropes, cache all the metal stuff and just waiting out the last thundering and happily cheering as it moves away. Quickly belaying Anna up and over the needle and down again to safer safety.
Then, watching the other team stranded in nowhere as the lightning is picking up again.
-we need to get them a rope!
1hour later and we are all, stranded climbers as well, are safe down with a, as always, nice cup of "noisette" @Café vertical in moder home Chamonix!
Equipment
50m rope
2-3 of blue to red Alien
2 0.75-2 Camalot
1 small set of nuts
8-10 QD´s
Crampons, ice-axe, ice-screw
(Kong Omni bag, Haul bag, optimal)
*well, OK, i exaggerated a bit here.
Upplagd av Krister Jonsson kl. 7:44 PM No comments: