"Momus"- M6 dry tooling
A bit slow rock dry tooling area, but very nice safe climbing and a superb "ballade" on a rainy day or just for a relaxed safe dry tooling tour
The approach is not much to argue about, 10-15 m and you are there
Walk the same distance up the road and you are at the restaurant for a coffee/espresso
Sport tooling at its best!

Approach
Park in the parking lot just before the climbing wall in Servoz, when driving from Chamonix.
The cliff is visible from the bottom, up 10/15 meters into the forest, the name of the routes is written at the base of the climbs

Note: all holes are frankly well marked in red!

And this...was one of them! 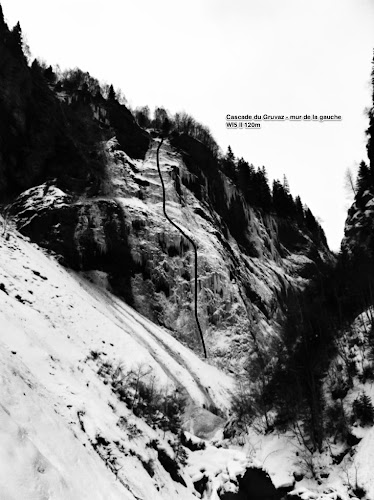 But, what is there to do when there has been a lack of days on ice and one have become tired of pumping around in the white powder?!

So, a day off work and with a semi inspiration and an tour du improvisation

Gorge du Gruvaz it is!

After about 10 min walking up the stream I realize why the crowds has found other places than this remote place! 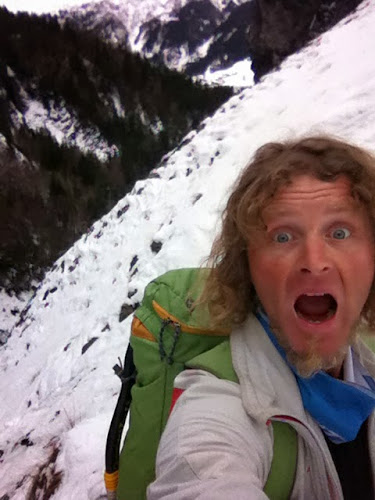 The narrow canyon is very mystic in a way, surrounded by steep walls of different quality, some loose rock that seem frequently sending chute du pierres down the sides. But nothing to dramatic. And after an other 20min I can check in at the base of the ice. Which looks surprisingly steep. And to be honest the ice it self looks a little to wet and cause of the black dark rock under I give it a couple of thoughts if the ice really will stick on. Or if it might collapse as the other ices on the left sides has done. 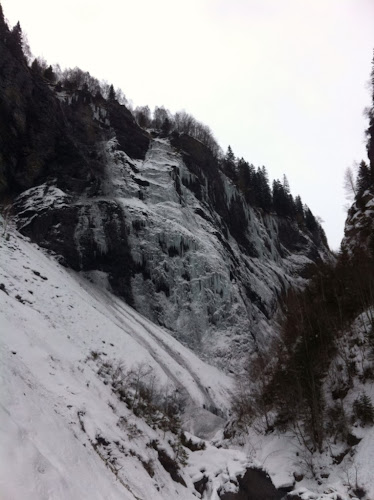 Those ones are a little thinner to start with and also a little more exposed from the sun. As at it says I the topo "an ice that rarely forms". The whole thing has broken off and tumbled down to the bottom of the ravin.

But, the main cascade of Gruvaz is on the other hand often in condition. Specially early int the season. Just a little exposed from avalanches.

And if the ice hasn't broken down so far, why should it collapse today!? 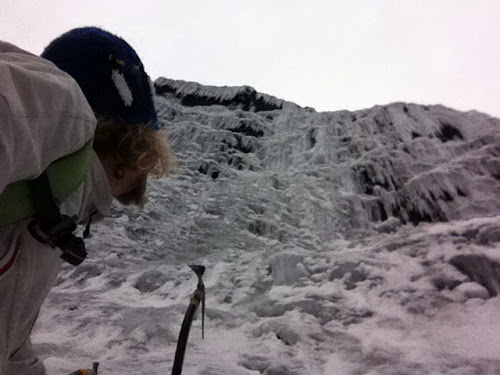 The first 5-6mts is quite easy, but then the ice gets steep and is both exposed and technical with very interesting and demands a bit of focus

Just as I start to climb I just promise myself that, "ok, this will be the last solo, from now on we stay on rope and maybe even a partner"

Often I see the water flowing behind the ice, flowing down the underlaying rockface

One good thing with cauliflower ice, it's now and then to get a foot rest, a step de étage, if it jut holds... Which is mostly does if you just stay light on the foot

I must admit feeling a little stupid up here but on the other hand, the climb is just great!

Steep, technique and no signs of other climbers. The perfect ice climb 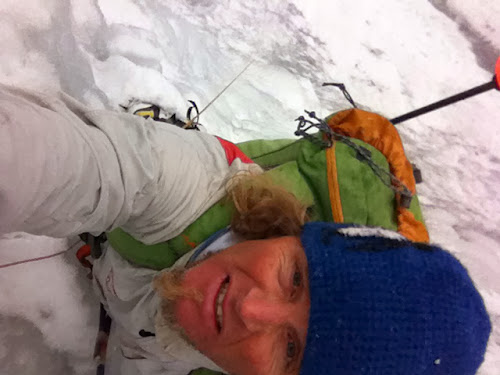 After 50mts climbing there is a key section getting of the final steep part over a thinner ice covered area. Due to the thin ice the pick is just impossible to hook on to something and I try a whole variety of options before I finalement get a solid hook to take a big steep ou and over the key, placing the crampons on solid rock. An other 10meter plus and I are on such good terrain so I can pull the trail line up behind me. And a glance up above tells I have an other 50m up over less steep ice and even a little passage of grass!

Can't wait to hook the picks in that!

A couple of interesting tufa meters and it's all over. Again the whole thing went well, the mind keept the body togheter and moving without bailing out

A whole bunch of Chamois stands steering at me, probably wondering what that guy is up to?! I just as quiet as possible try to move away and starts plodding off back towards the village and the car. Convinced that the last thing I want to ldo is rappel back down in that canyon, taking the chance to walk out the same way. Must be better and more secure to walk out. Just enough of unsecured transport for one day

A 30min approach, followed up by a 1h climb and a 56min descent back to the car

Not a full day, but a good day and still alive for yet an other solo... 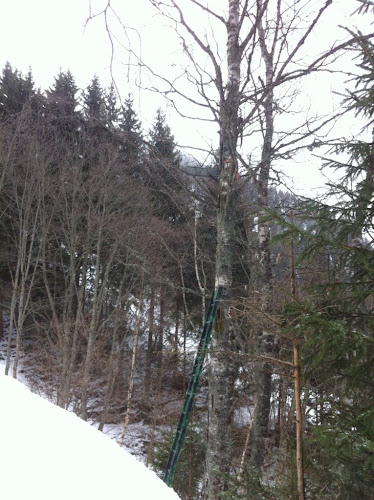 And, if you are lucky you might get a good look on a typical French Jakt torn!

From st Gervais continue towards les Contamines. Some 2-3km before Contamines there is a sign towards la Gruvaz up left. Go as far as possible, to the road end. Either just go up the stream or take the right hand path. Be observant to falling rocks and the chance of avalanches. Avoided after heavier snow falls!

More reading and info at camp to camp

Freeriding in Japan - One of the places on earth that gets most snow during the year
Between 12-14m on a regular year. Why not try it out and ski some of it !*?
Most skiers that visit Japan do so for its big numbers of easy slopes, fine moderately steep, runs with Japanese perfectionism of `manschester trim´
A smaller number come here to beat to grips with easily accessible off-piste skiing, often to the ski patrols lack of understanding. And they take it serious to hunt the hors-pisters
So buying day passes or just single tickets is advised

Tsugaike Kogen and Mt Hakuba Norikura Dake is one of many places to visit and a nice day trip when it's not snowing the last few days and the powder right on the lift has become tracked.
Which happens sometimes even here 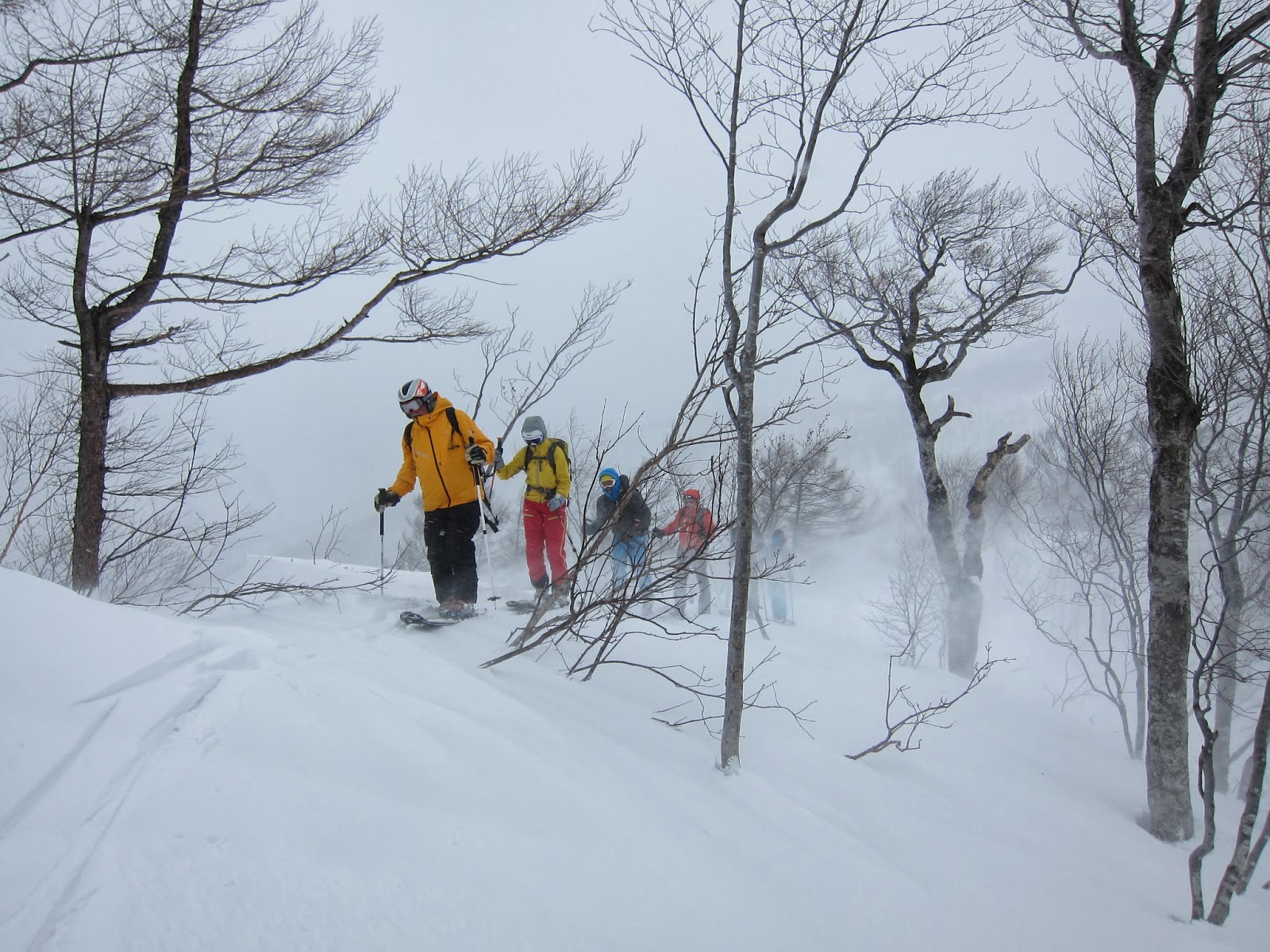 Hakuba is centrally located close to Nagano and thus easily accessible on the main island, which of course does´t make it less attractive. Add to that Japan's biggest vertical drop and the result is a ski area you do not get tired in the first place: one day you can go big lines on open, steep mountain sides to the next day fine rides in the woods. All you need is someone who knows where and when 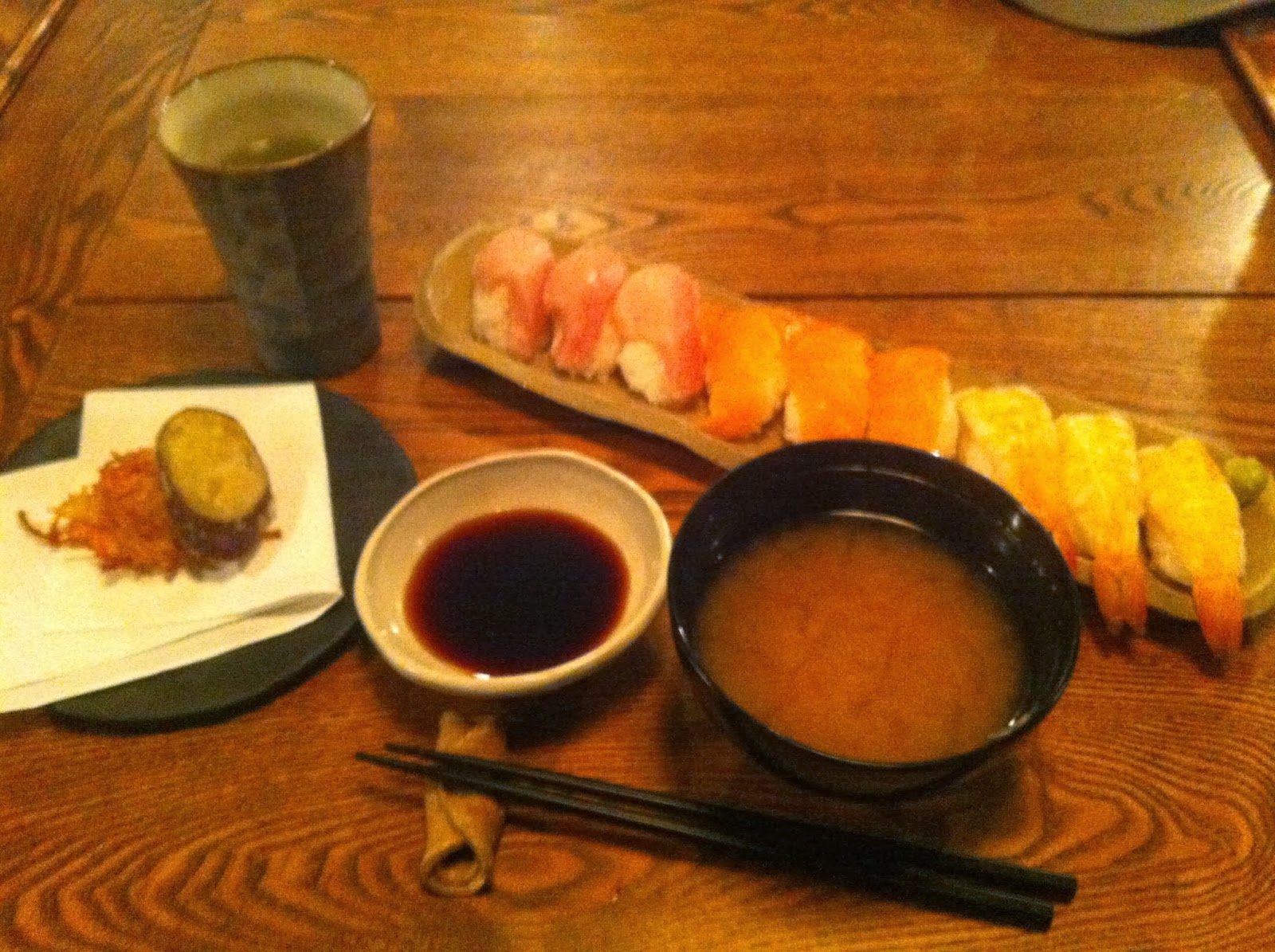 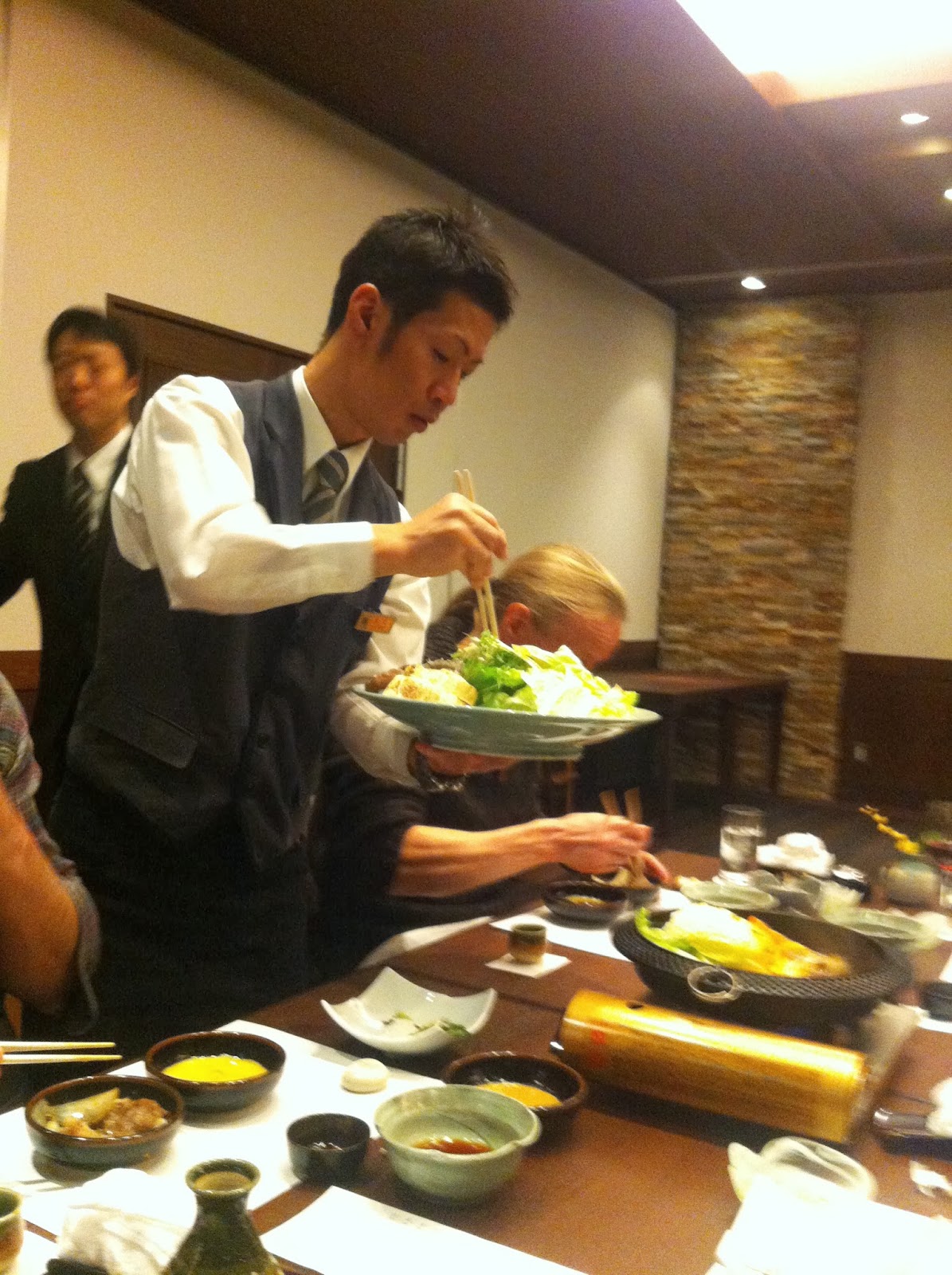 A skitrip to Japan involves som much more then just the skiing, great food, hot springs (natural Onsens which many of the hotels has)
Likewise, the ability to see the famous snow monkeys, Makaka, which is only available in Japan and on three of the islands, including the main island of Honshu 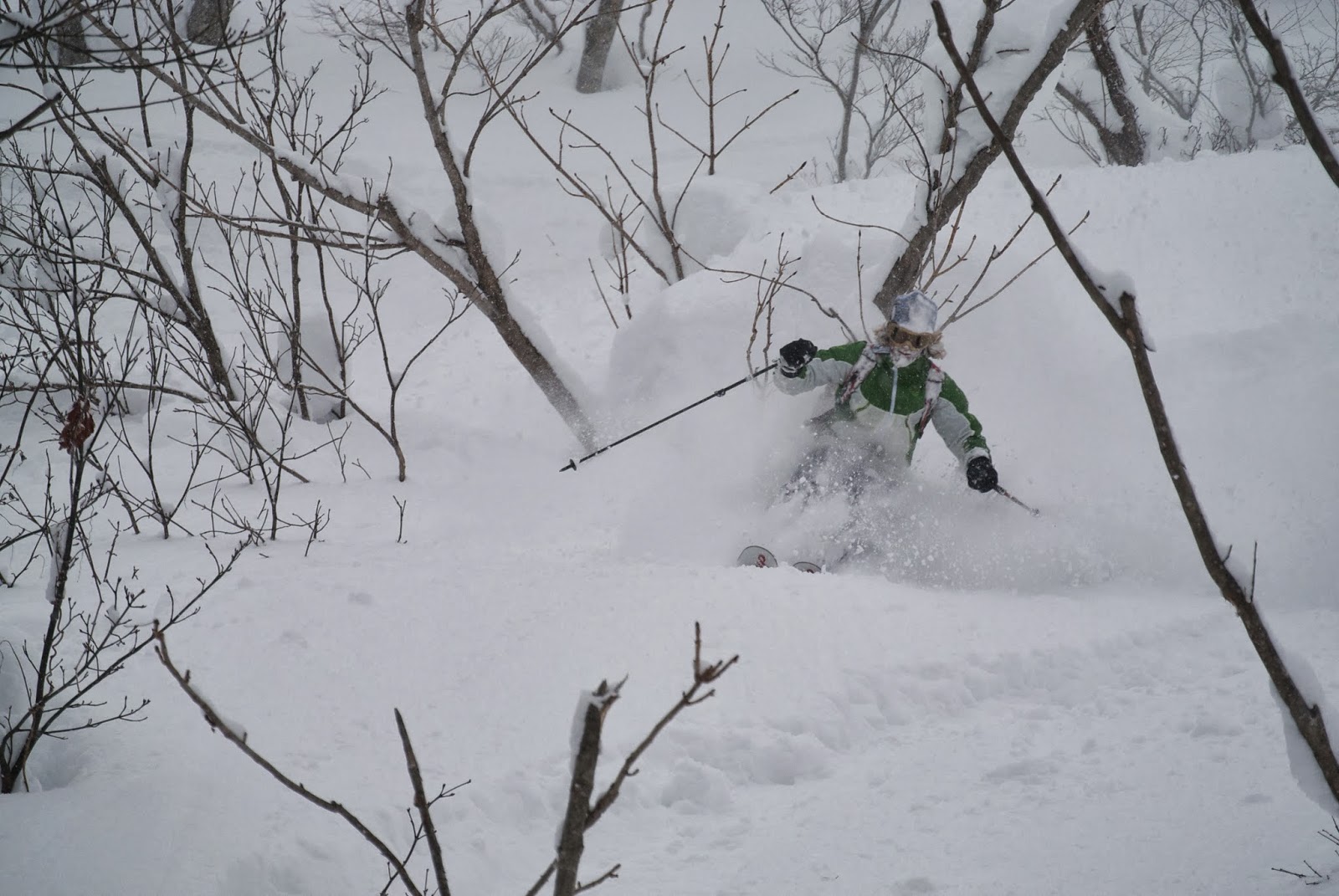 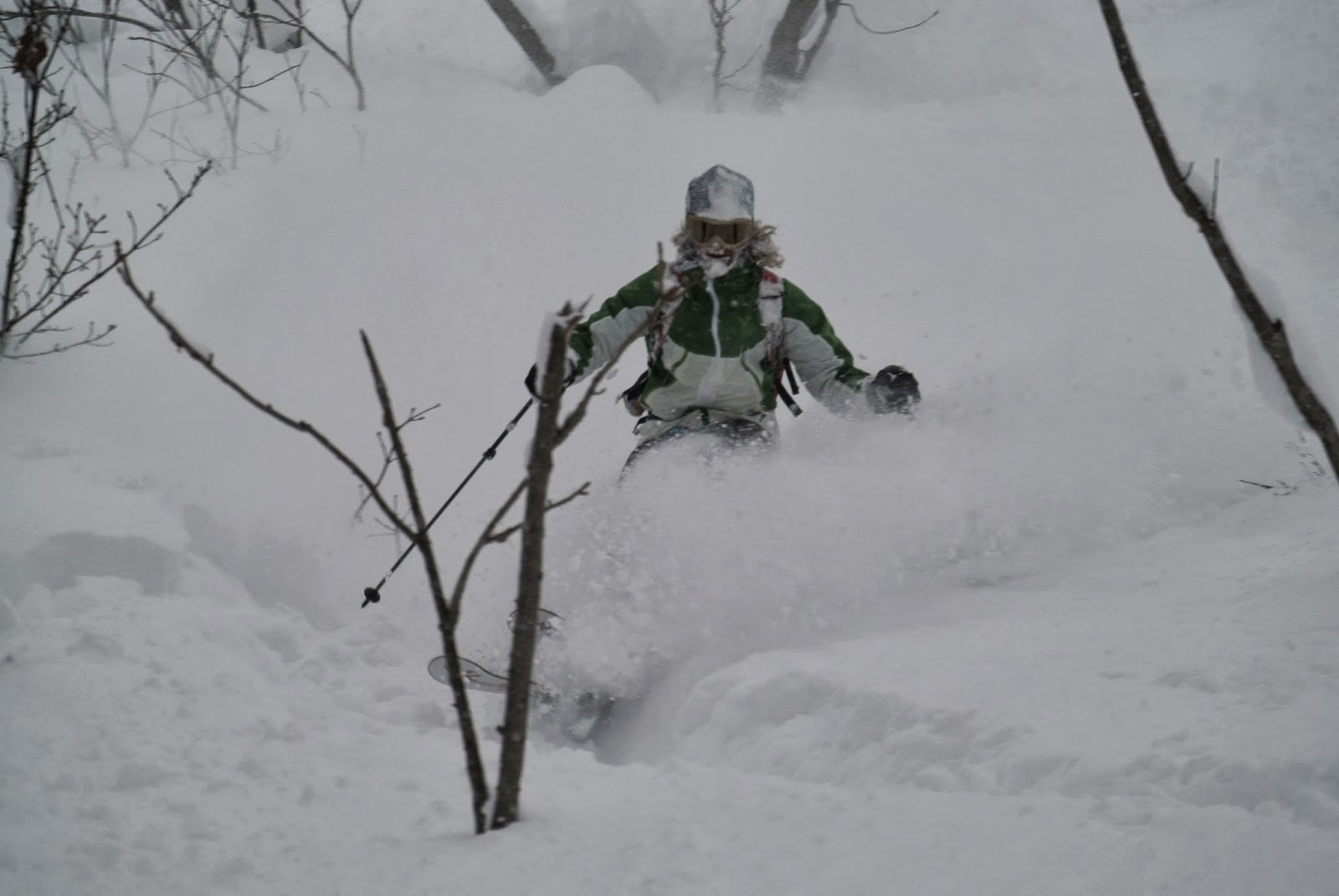 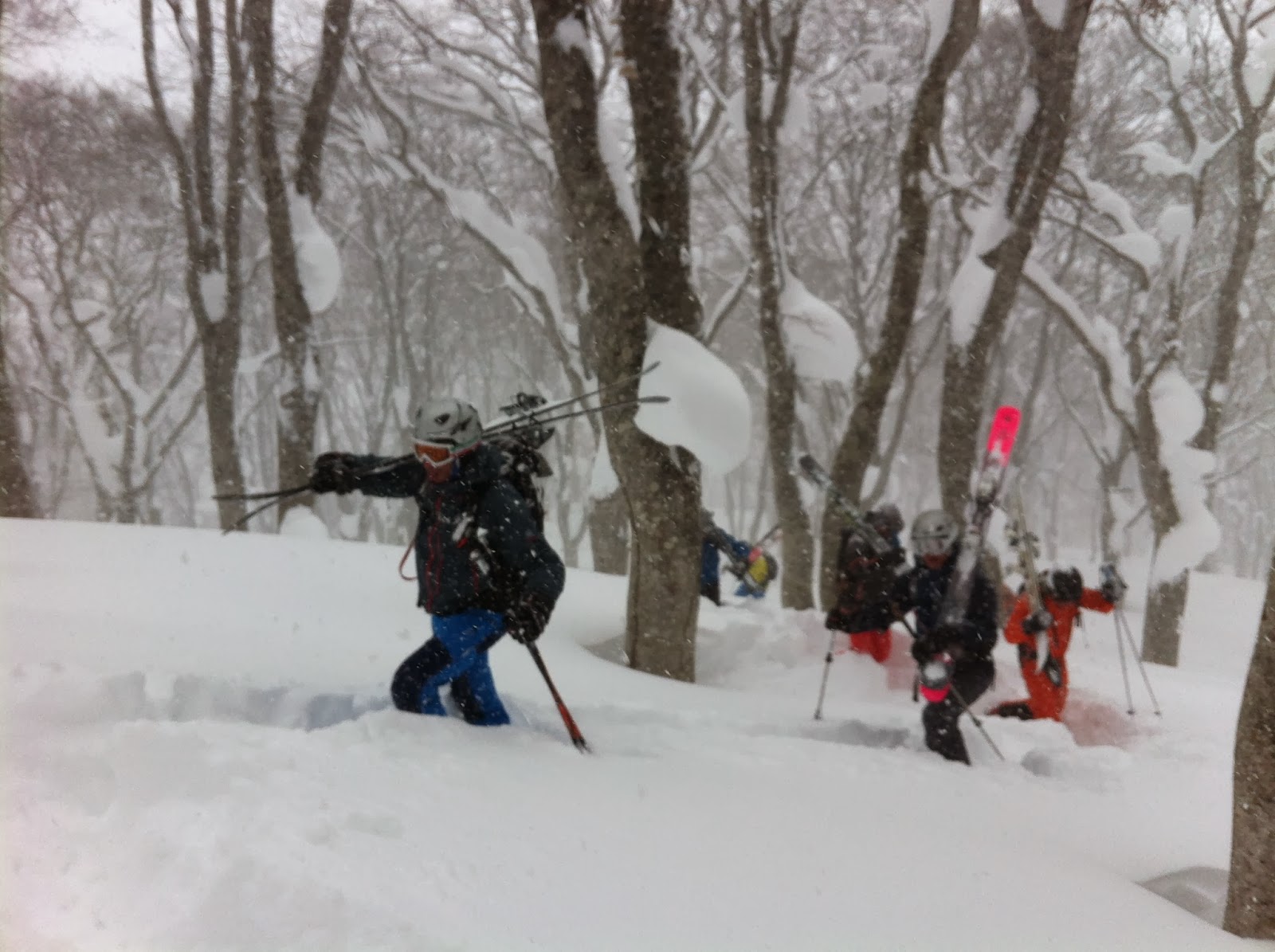 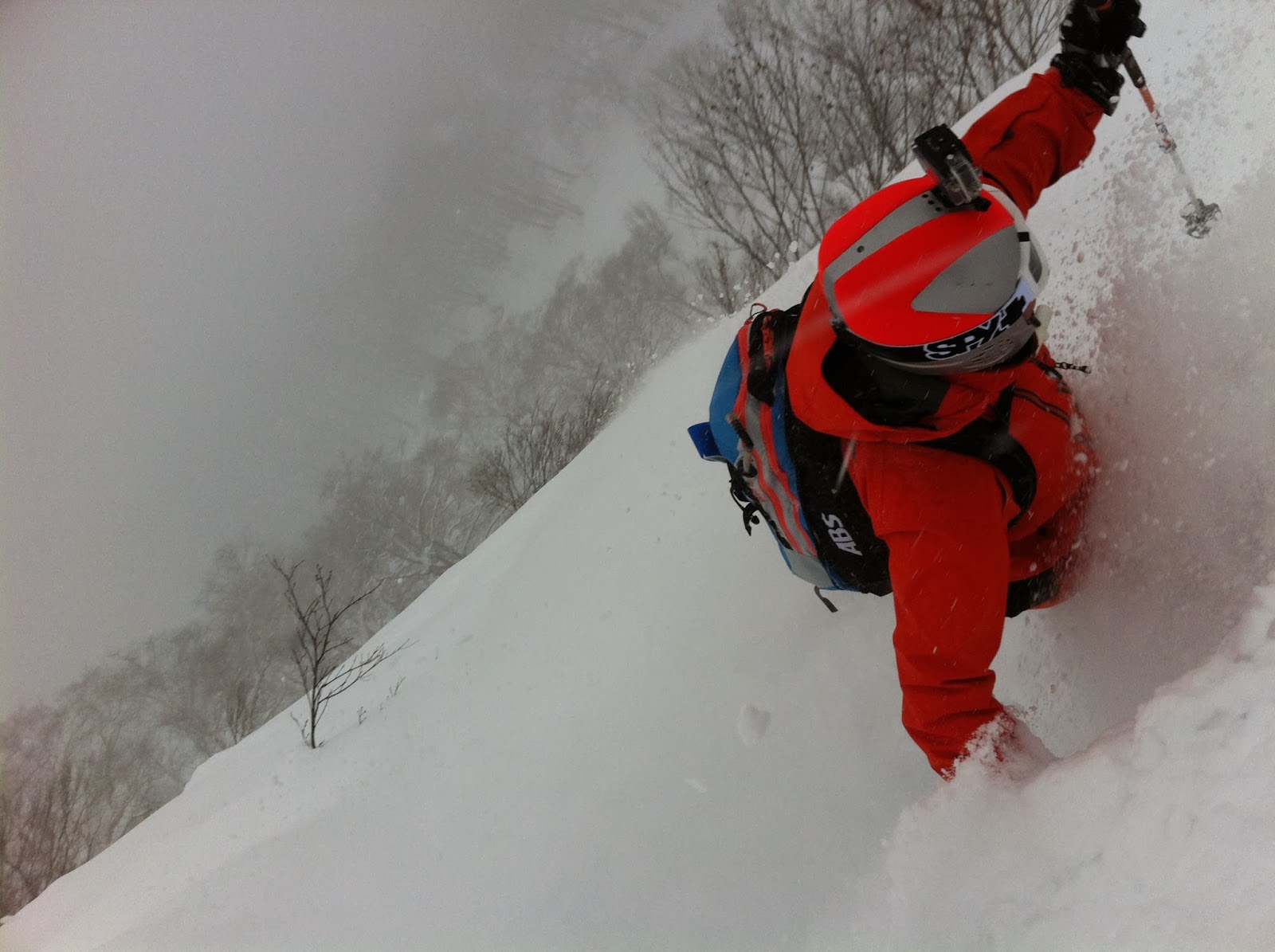 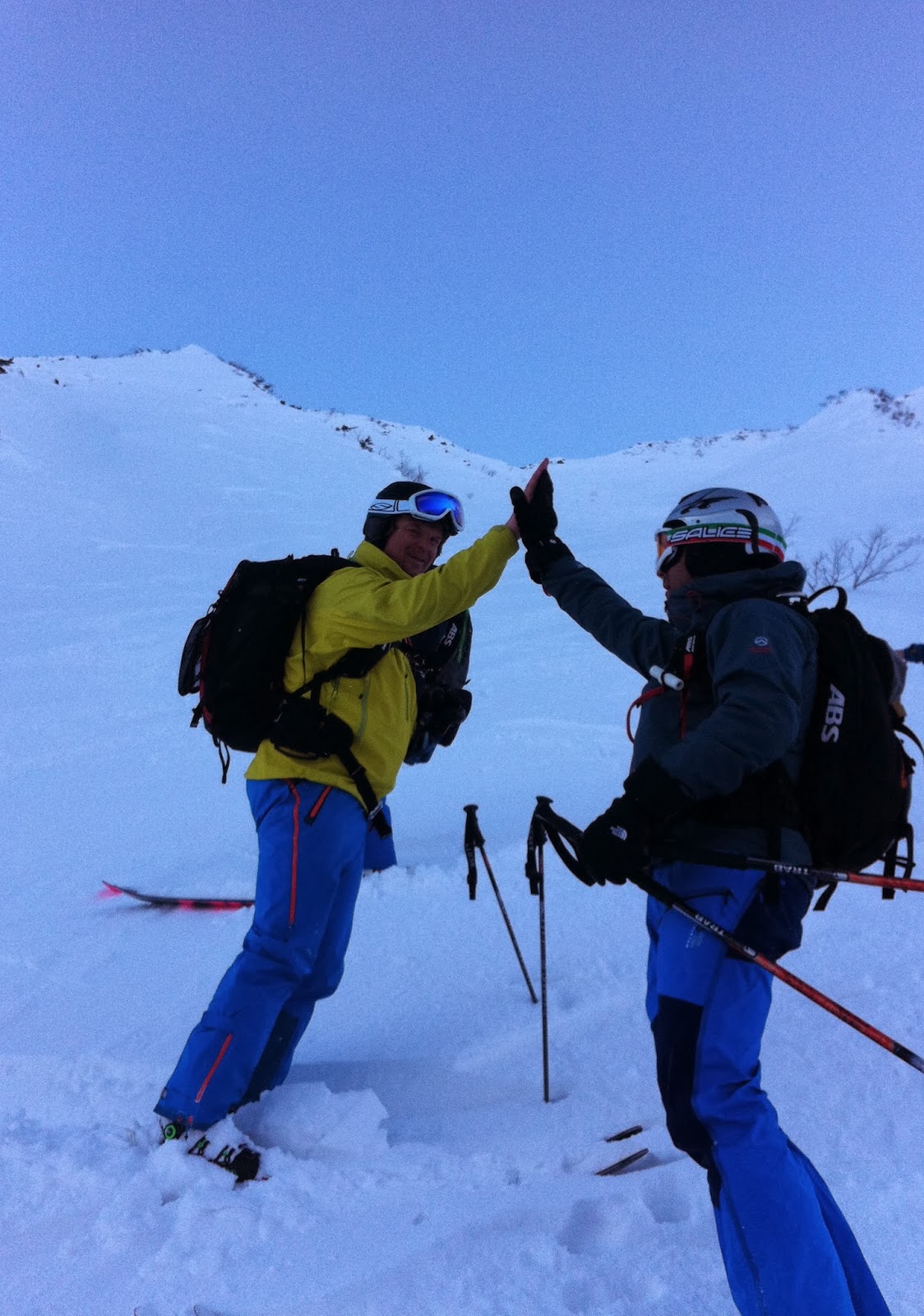 Getting here
Fly to Tokyo, Narita or Haneda airport
Transport to Hakuba can be made either with bus or train. Train via Nagano
It is also possible to book a direct bus transfer from the Narita airport which cost about 12500yen
Regular transport is about 4800yen 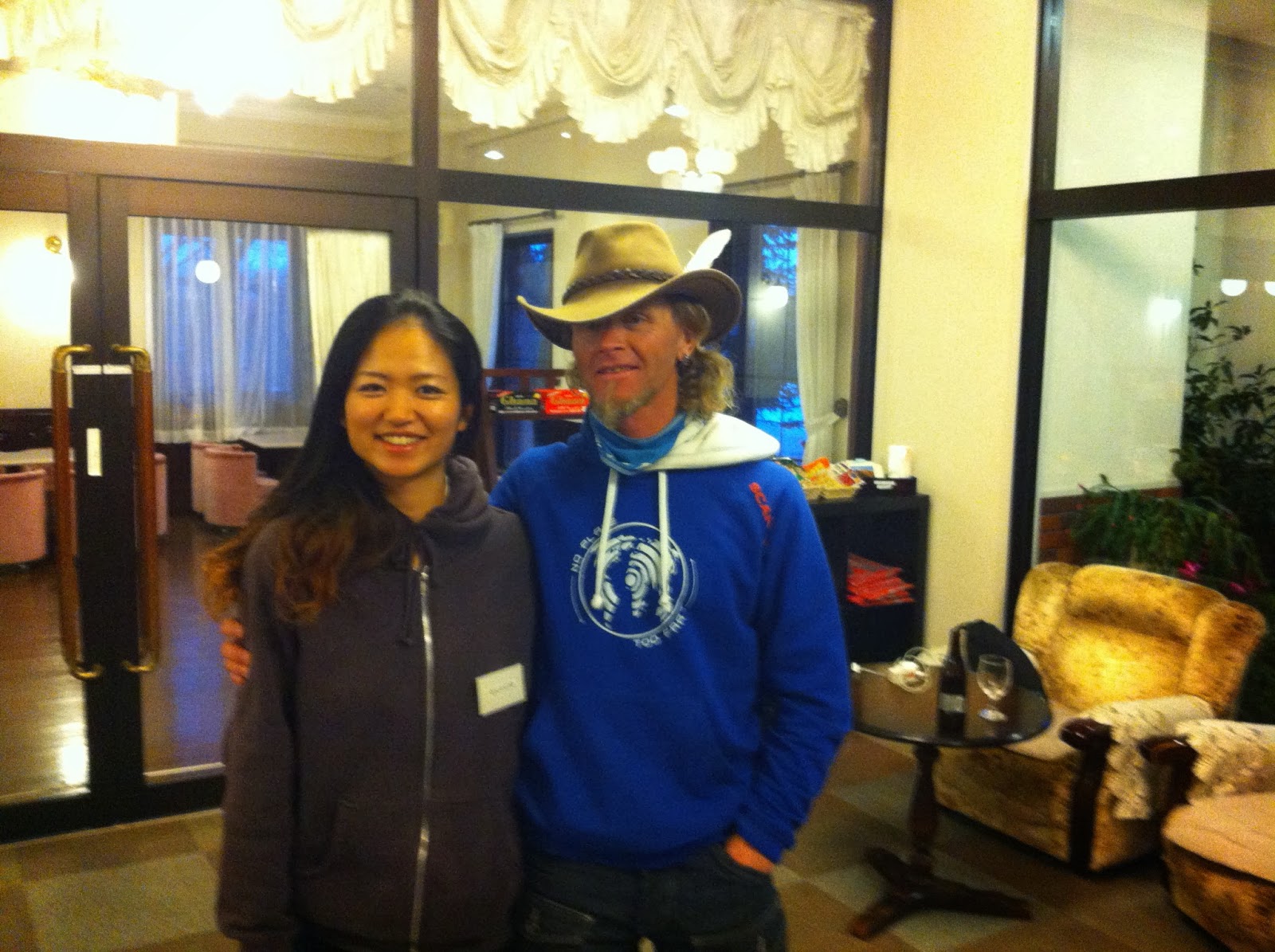 Skiing
Favorit places of mine is Myoko and Hakuba
Nosawa Onsen is also a very big offpist area
Buy only day passes, since the patrol might be hard on the lift passes if you go offpist from the post. For ski touring, you are safe though
And as always with snow, don't underestimate the avalanche danger 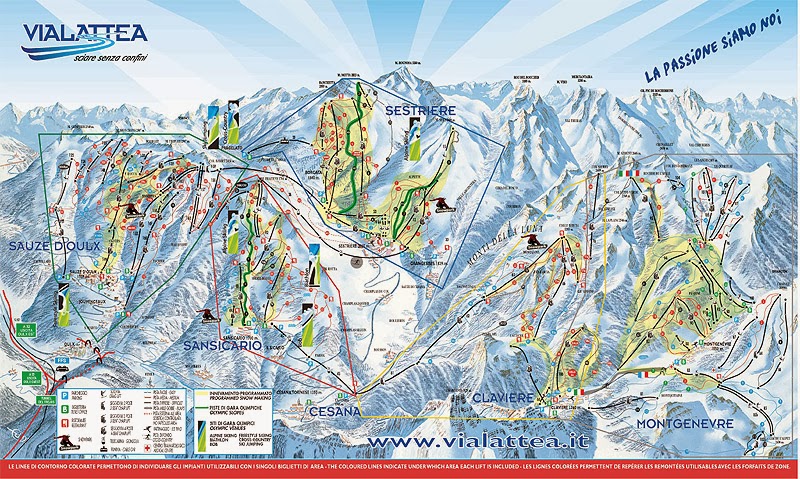 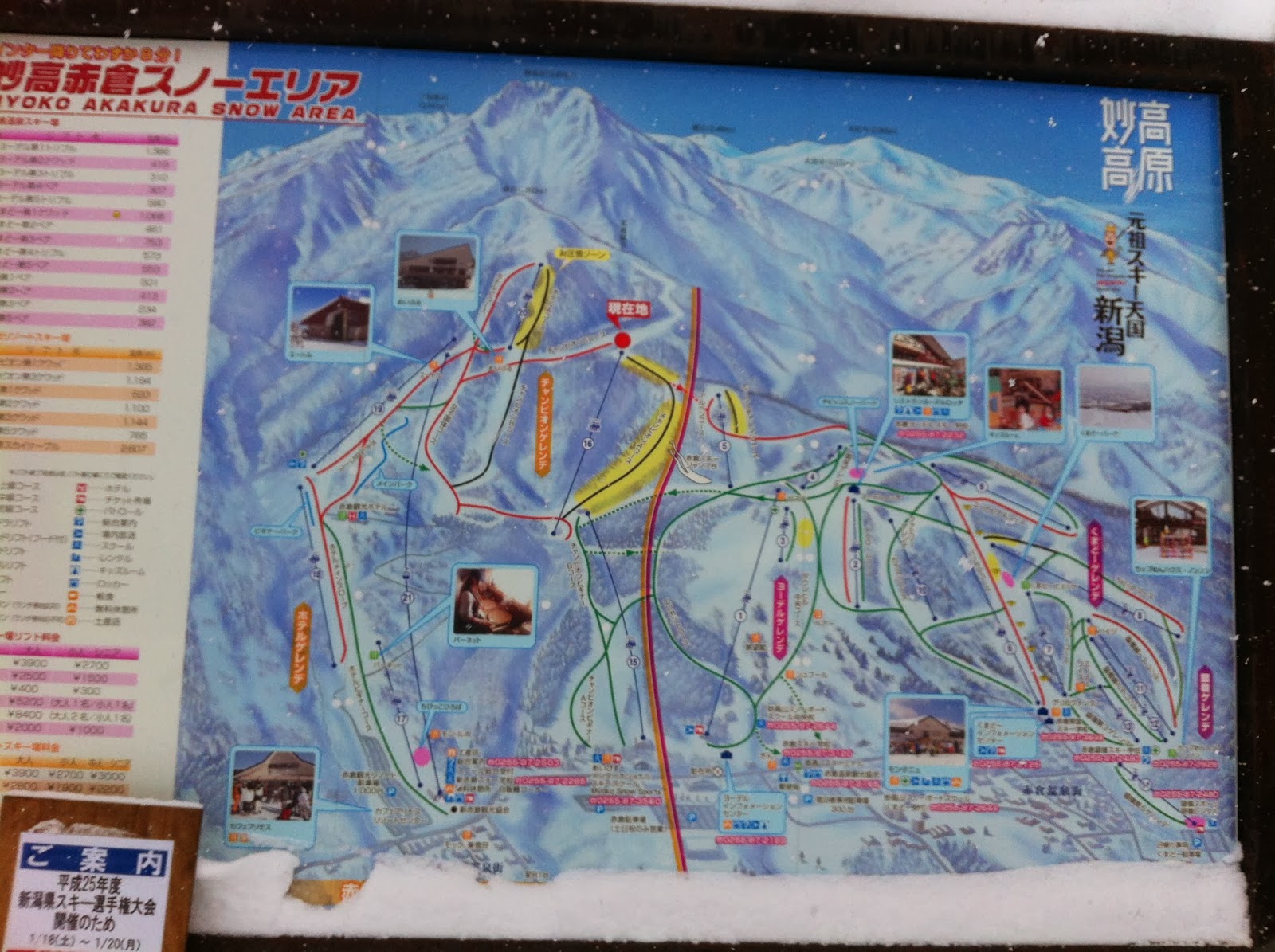 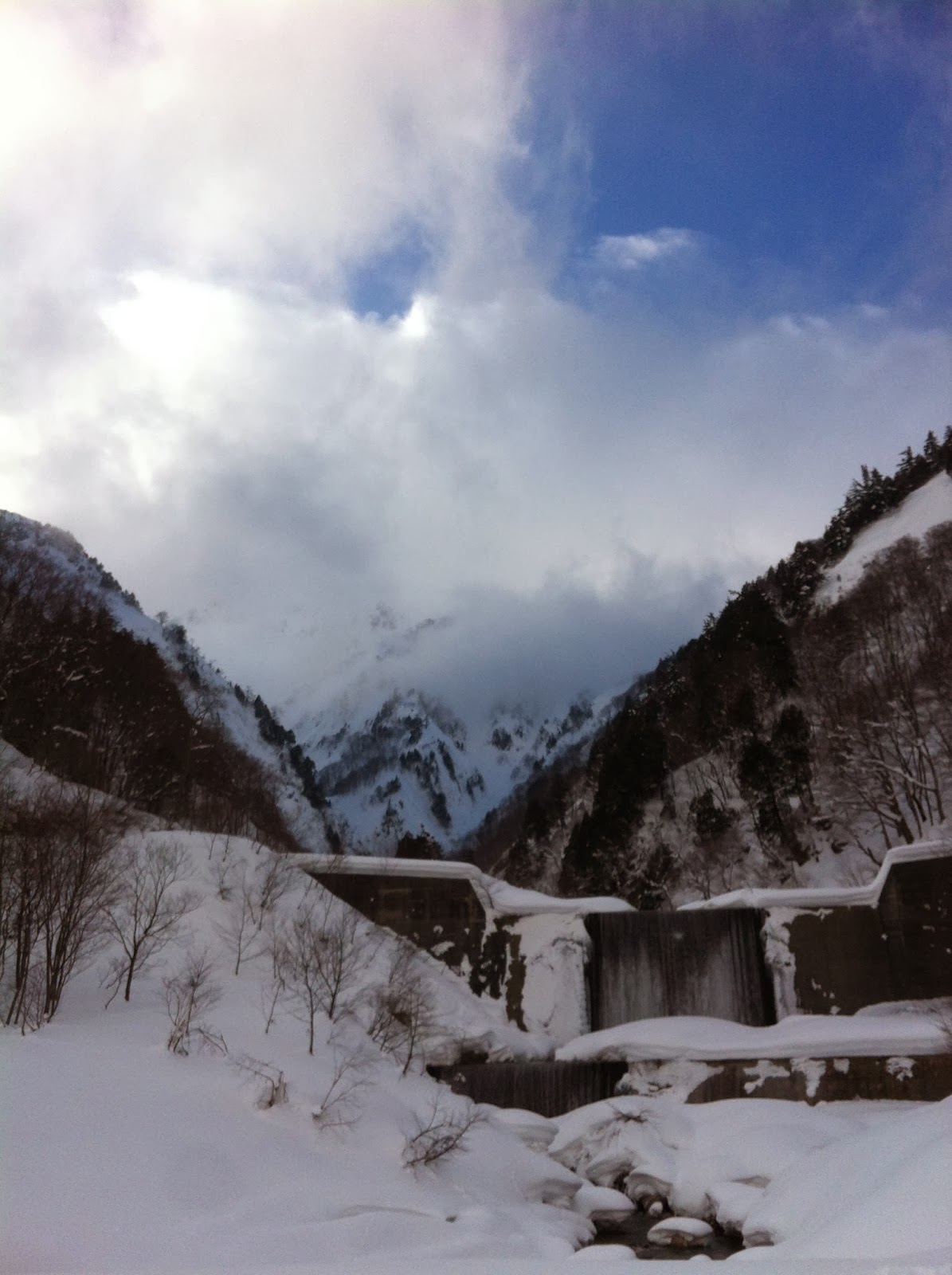 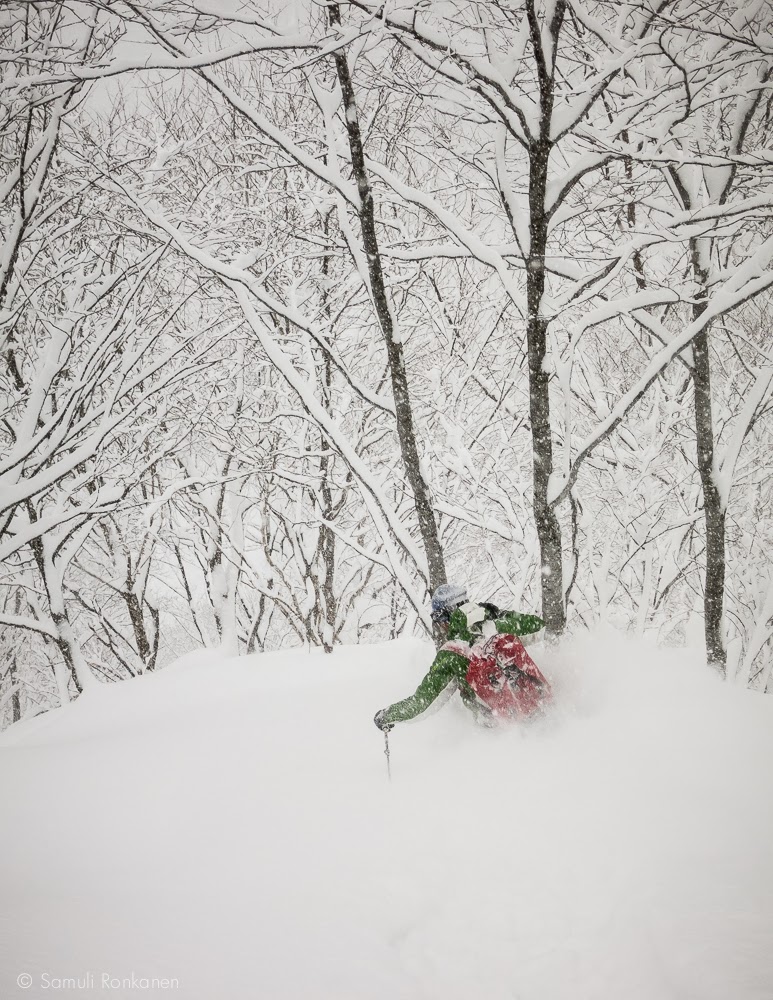