Said to be one of the most visited refuges in the Alps, Refuge du col du Vanoise. Well yes it might be. And after paying the place a visit I for sure understand why.
Its a great place!!
Easy to access via Pralognan. Just take the 7eruo telepherique up to mont Bochor or if its open the Le télésiège du Génépi. Brings you even closer
http://www.pralognan.com/ete-summer/ 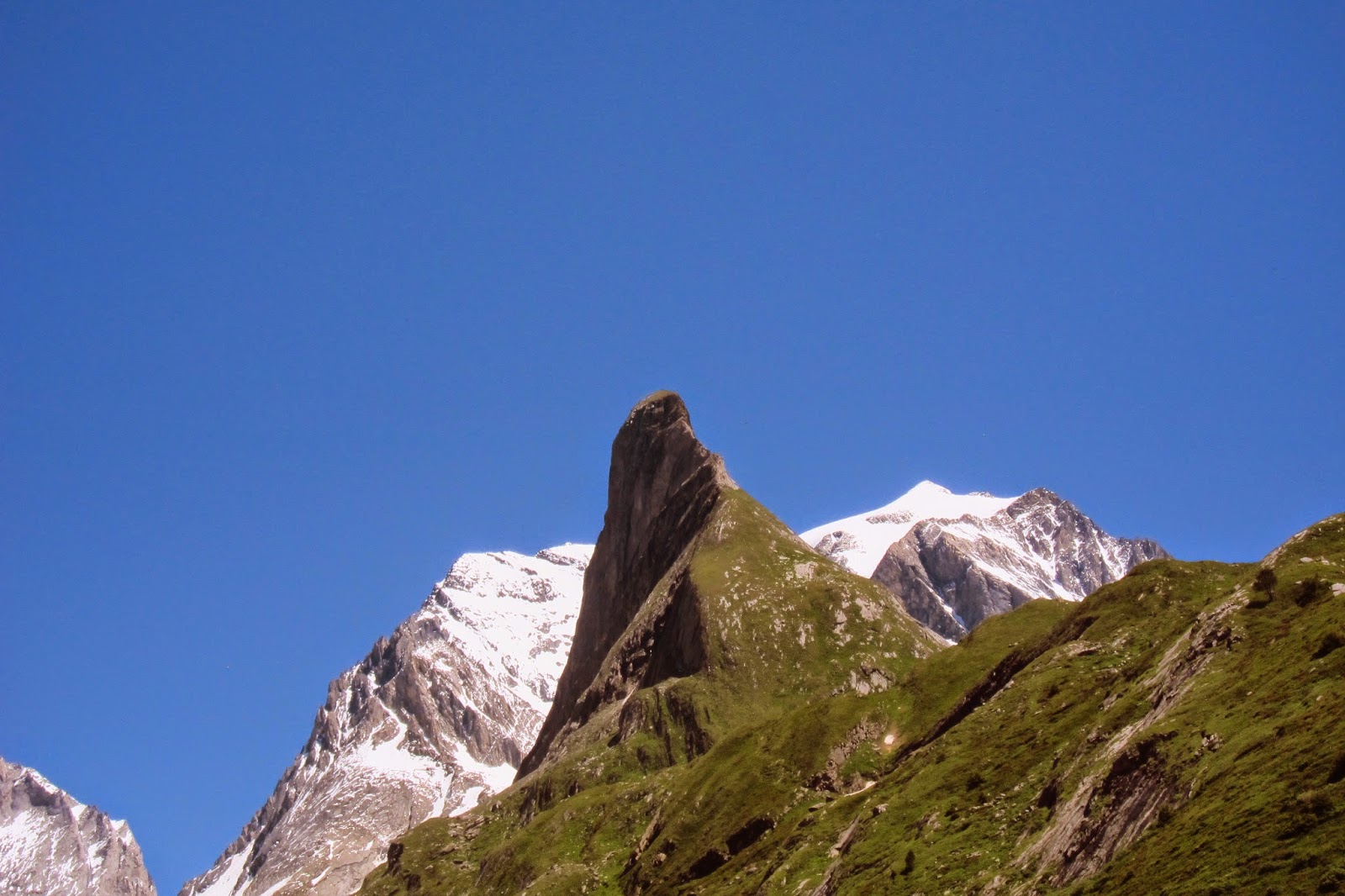 And as soon as you are in the path in to the massif, you will see the obvious peaks, le Grande Casse and aig. du Vanoise, share as a shark fin!
The most senic peaks you would think of and even though le Casse isn’t a 4000mts peak, its quite close to at 3855mts. The highest peak in the Vanoise´s
And, a must do!! 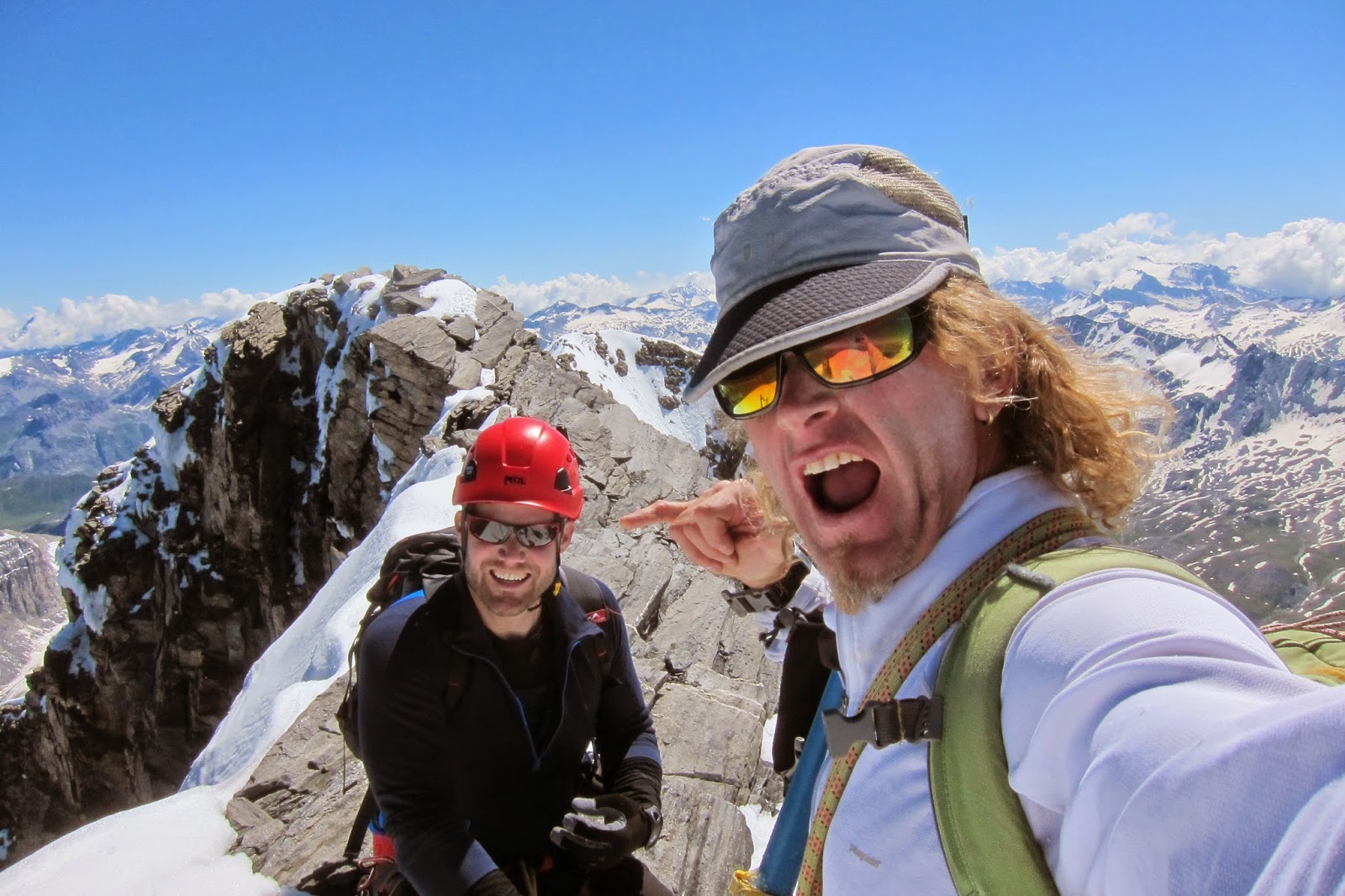 As is the traversee of the aug du Vanoise! I would say its one of the most spectacular ones in the Alps. Has everything accept the high grades. At 3c/AD its a most major climb with aérien et étroit climbing 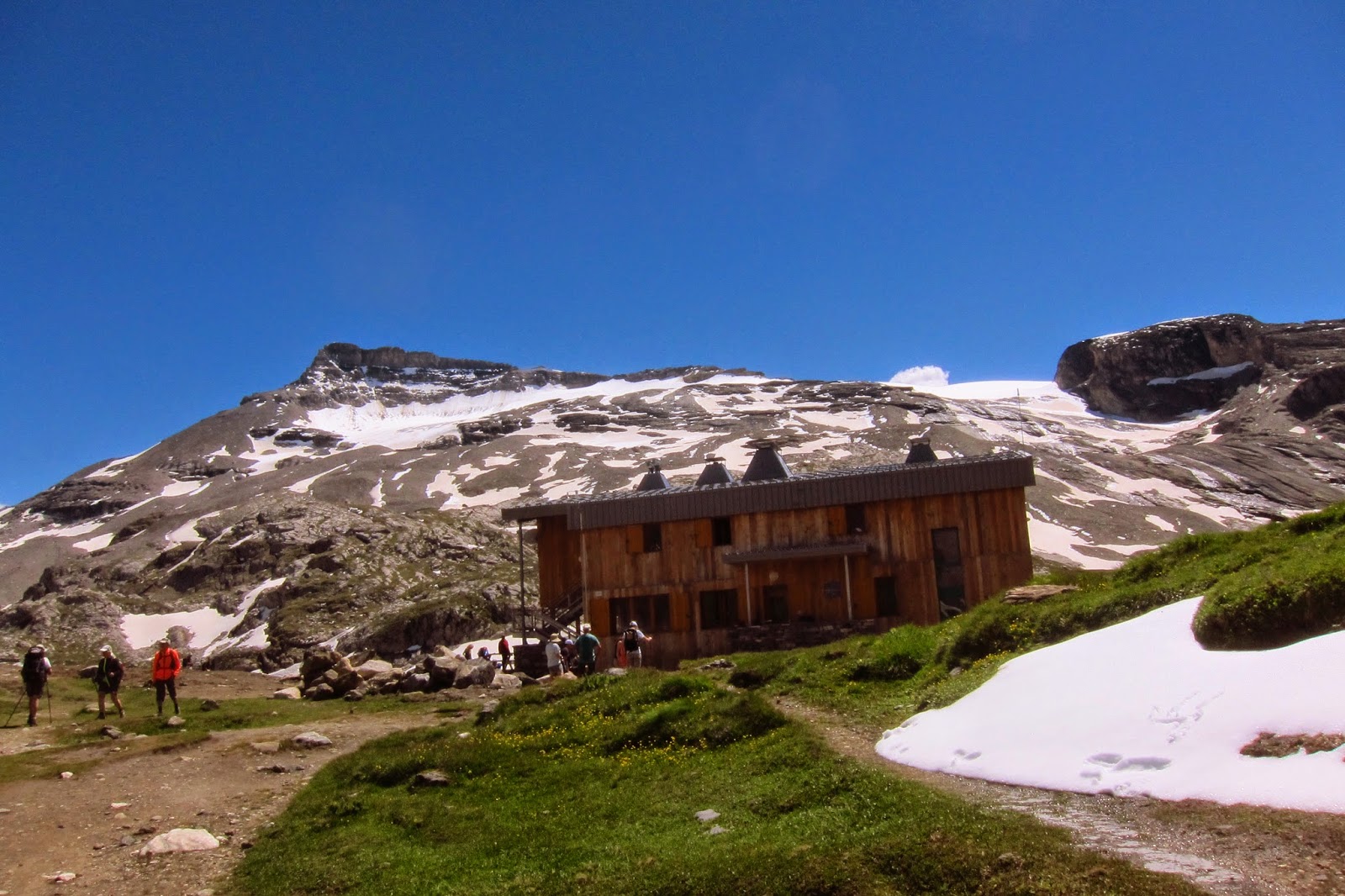 The Approach from the hut is…easy so to say. A 5min hike takes you to the base, an other 5 min to the base of the arete and then the adventure begins!
Make the first belay at the old ski pole and just aim for the first, of few, drilled bolt, and let the passion bring you up the airy ridge/arete. It will bring you a please and memorable climb! 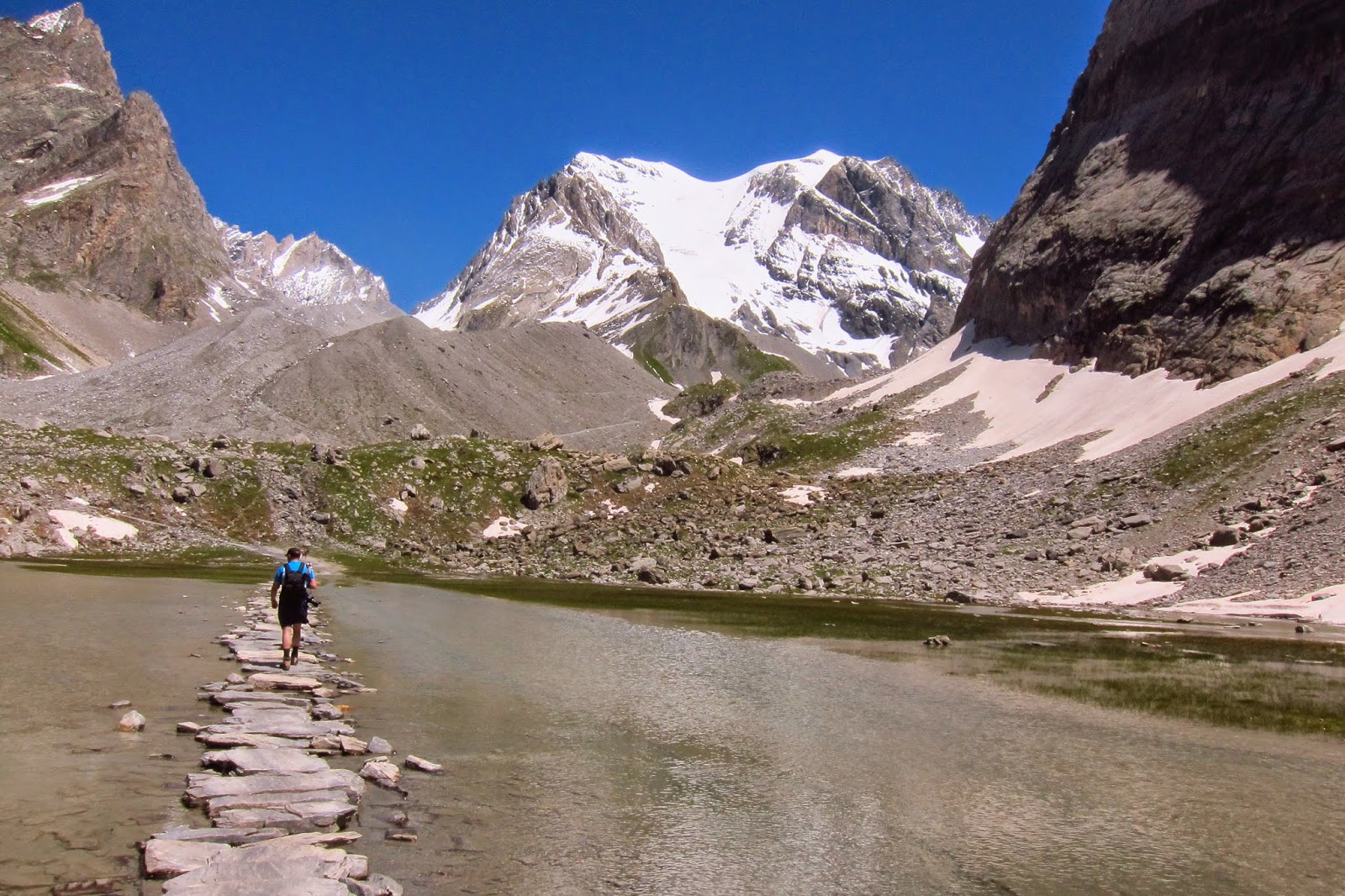 The col du Vanoise hut is just as fresh as the air around the area. Newly built this spring it host a big amount of trekkers/climbers. And togheter with the staff it makes a most pleasurable moment. The place even host a most perfect espresso machine, which a few of them are able to handle and hand out the most enjoyable espresso or cafe a lauit! Hoppsan!!
And for starving people it offers the most magic meals in the big Alps. Not only a normal 3 course dish. The concept with starter, main and pre dessert with the final dessert, well…! WOW! 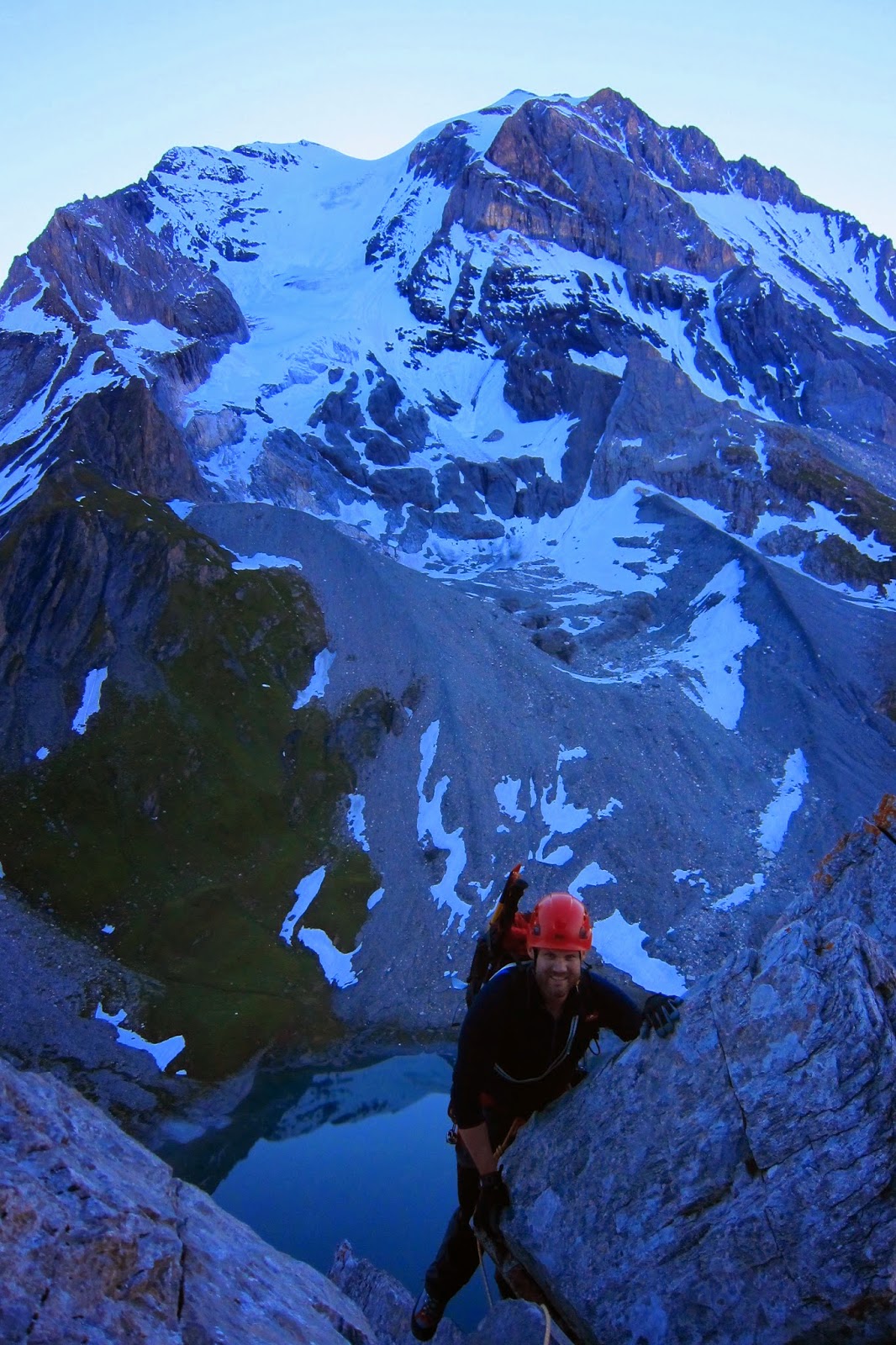 Back to the climb…
The first bit, couple of pitches, is just climbing. But soon enough it gets airy and even though the climbing is easy its just fun and one can’t wait to get on the next one. And the route finding giving it an extra bonus. Not difficult to find really, just go for the obvious and easiest terrain, sort of 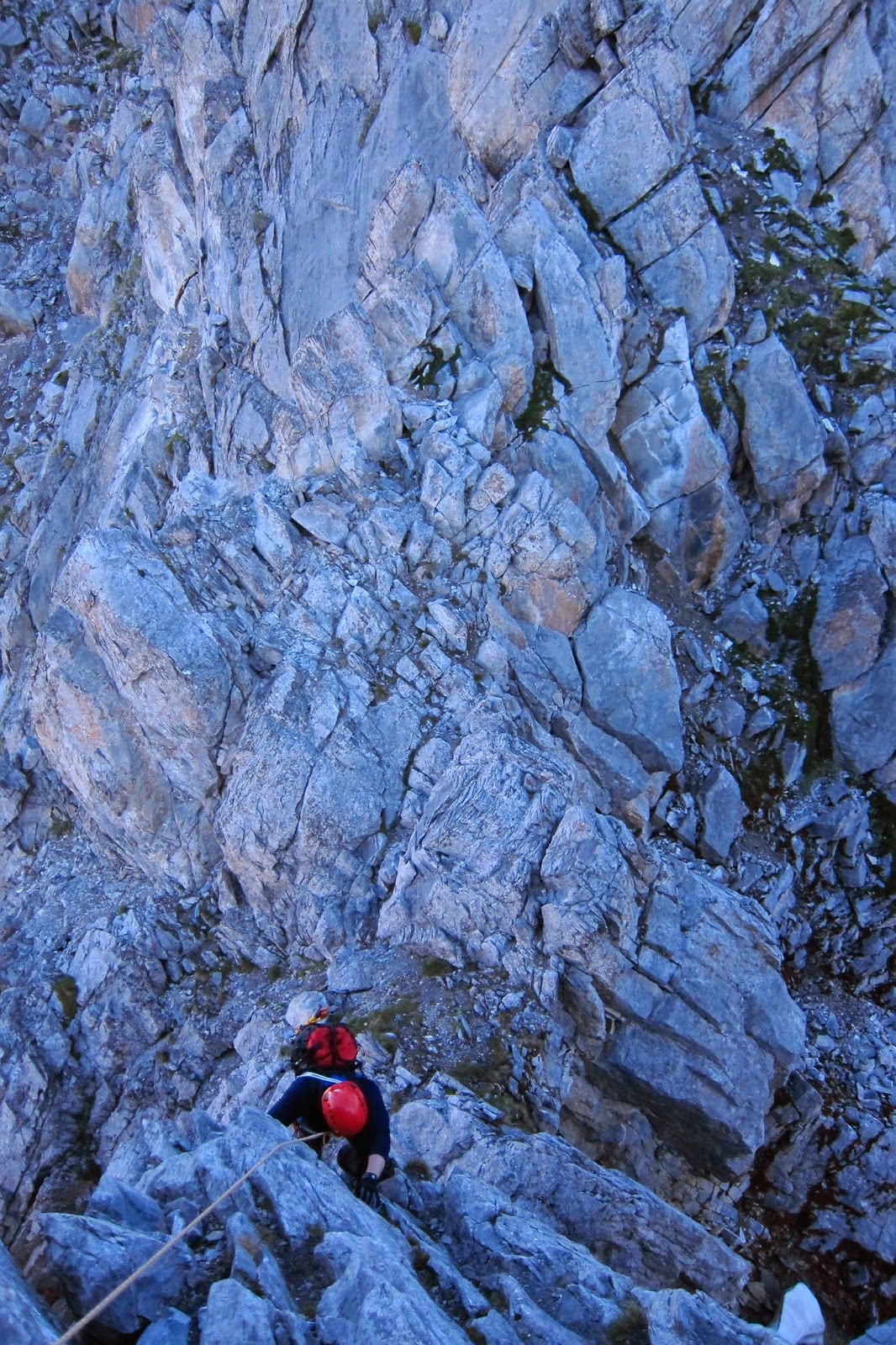 Reaching the first small summit gives an idea of the rest about to come. A little scrambling downwards  to a small col before the next section, and the next section...just keep your eyes open for a bolt here and there.

This spring, at the beginning if July, it was a huge rockfall from the middle top part of aig. du Vanoise. Leaving a big scare on its south side. And when Im stepping over the rocks that hanged on I walk with as light steps as possible 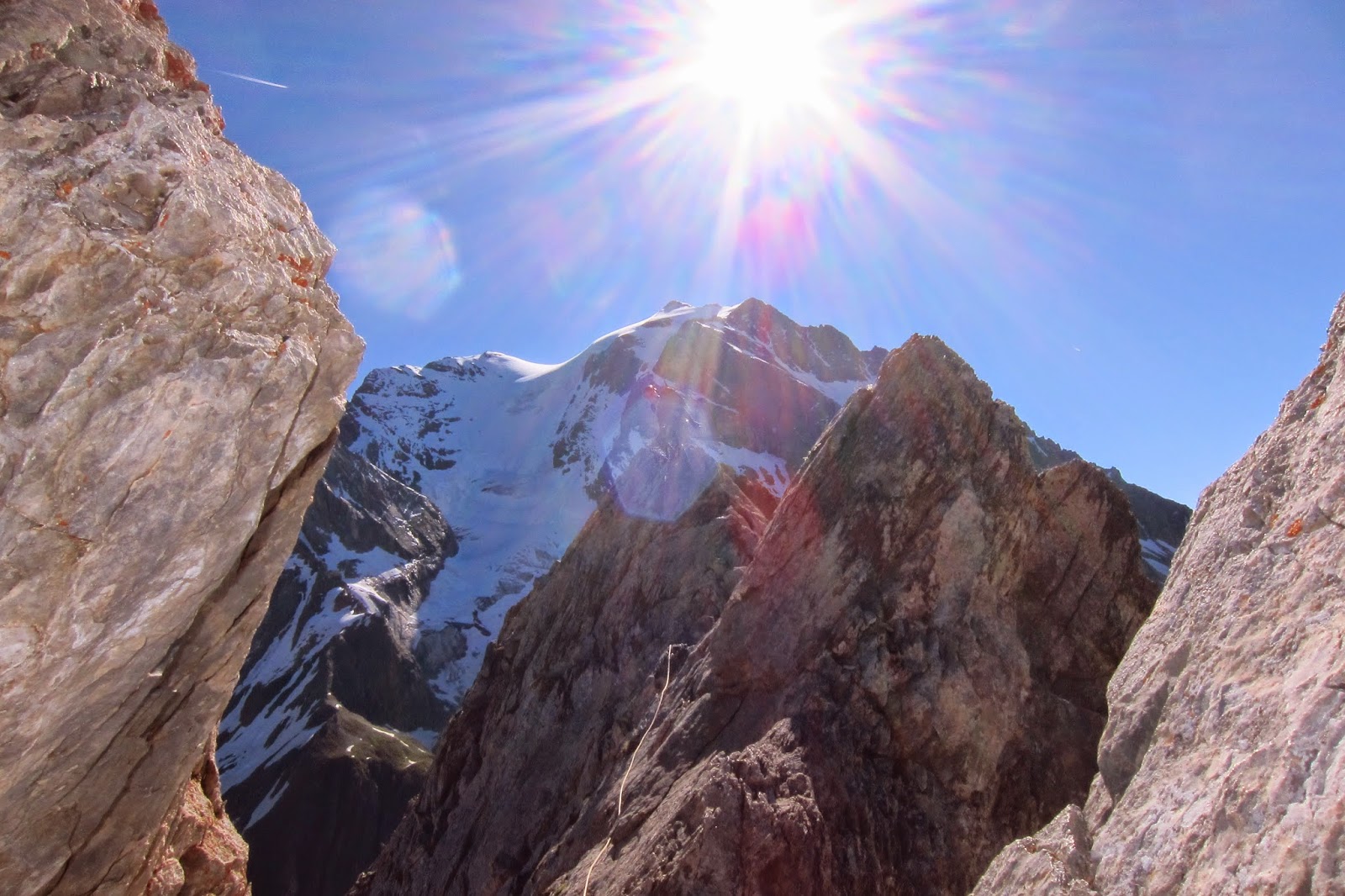 Ones up at the first summit there is a bit of walk over some grassy ledges on a little path. Suddenly the path is gone and…what the ?`!>””# Are they kidding me or what?!
The ridge turns into something that looks just undoable.
Something like a paper sharp edge that disparaît away. But a couple of thought about the options only leaves the arete left 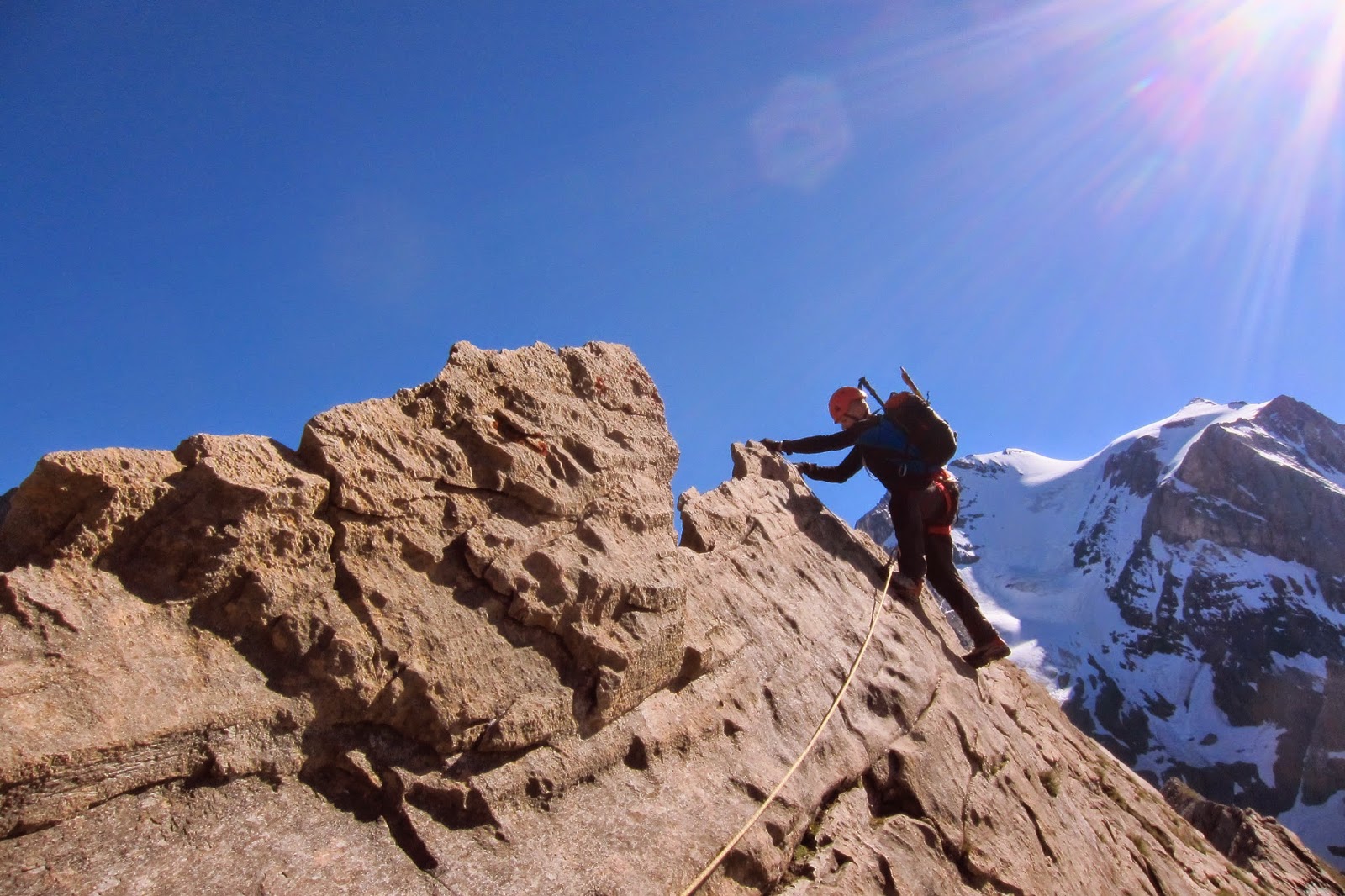 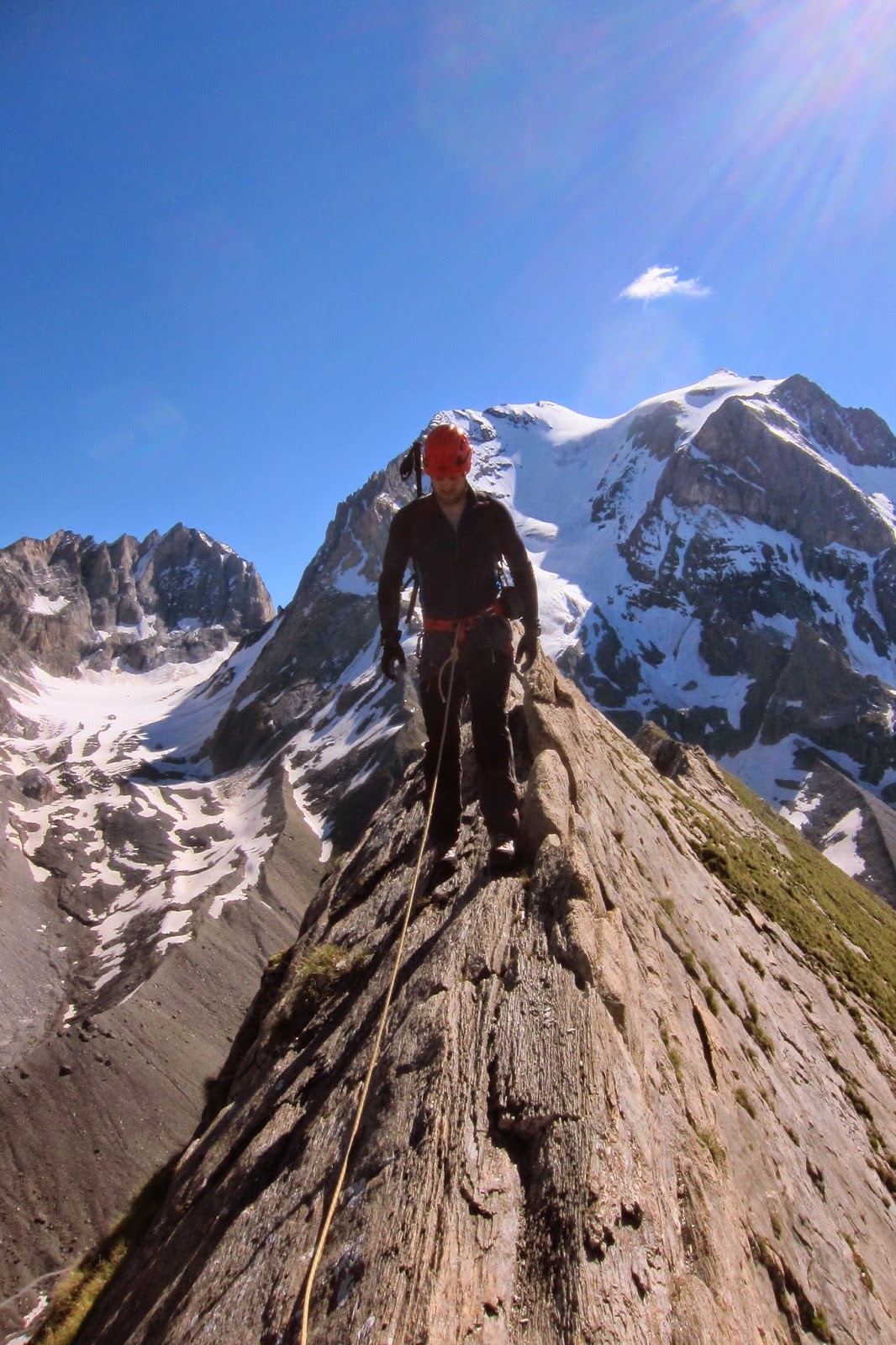 A couple of meters later I see a bolt a bit further away, so back on confidens I keep on ”hangling” the sharp edge. Which also has just perfect foot holds here and there. Amazing!
Finally it opens up a bit and we can continue moving togeheter until the very last bit which gives some nice crack moves up to the very last bit and airy walk to the summit 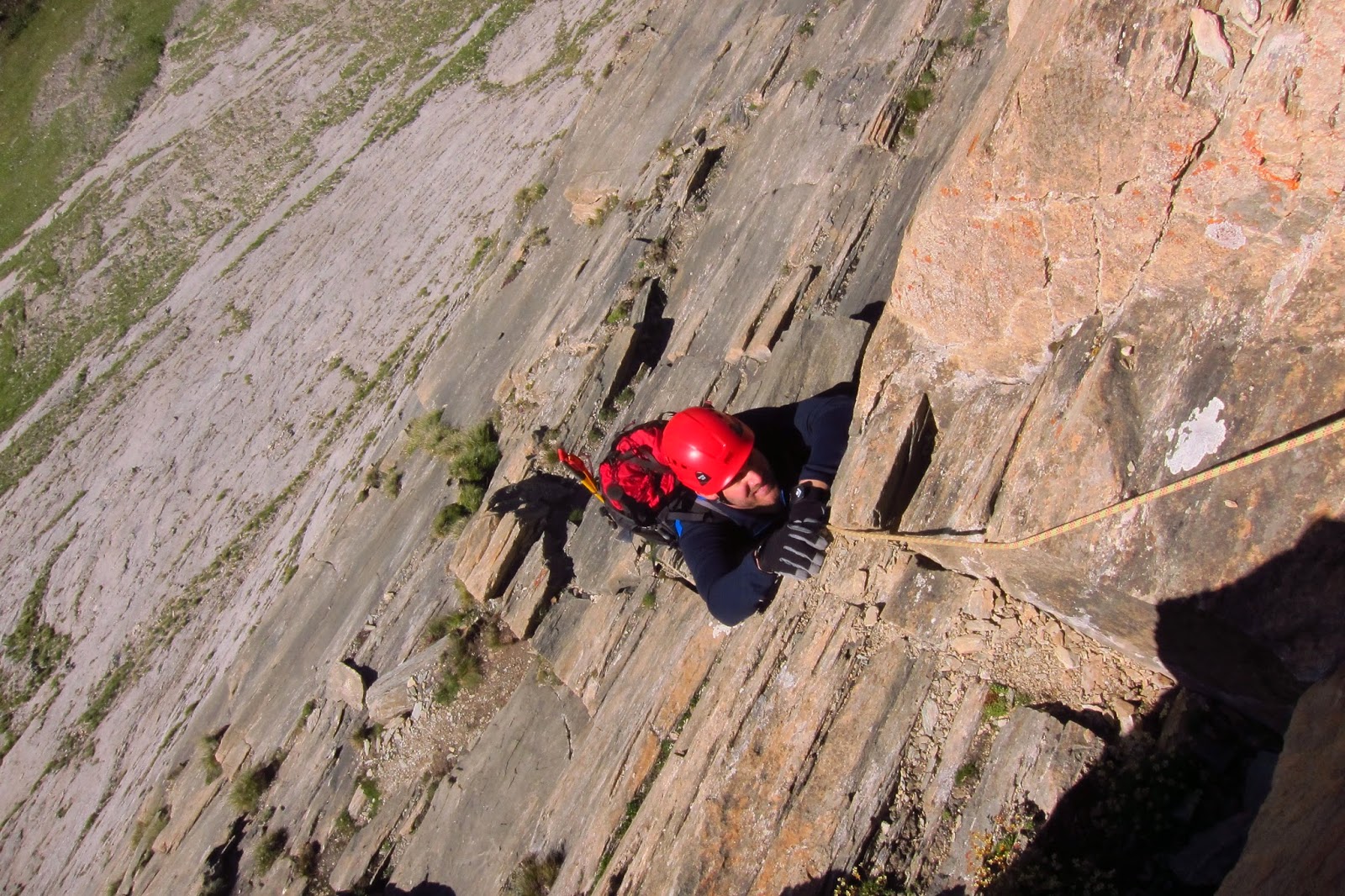 Even holds a finger crack...

A short brake inhaling the views and some thoughts to the one who built this peak before the descent. Continuing the ridge downwards… 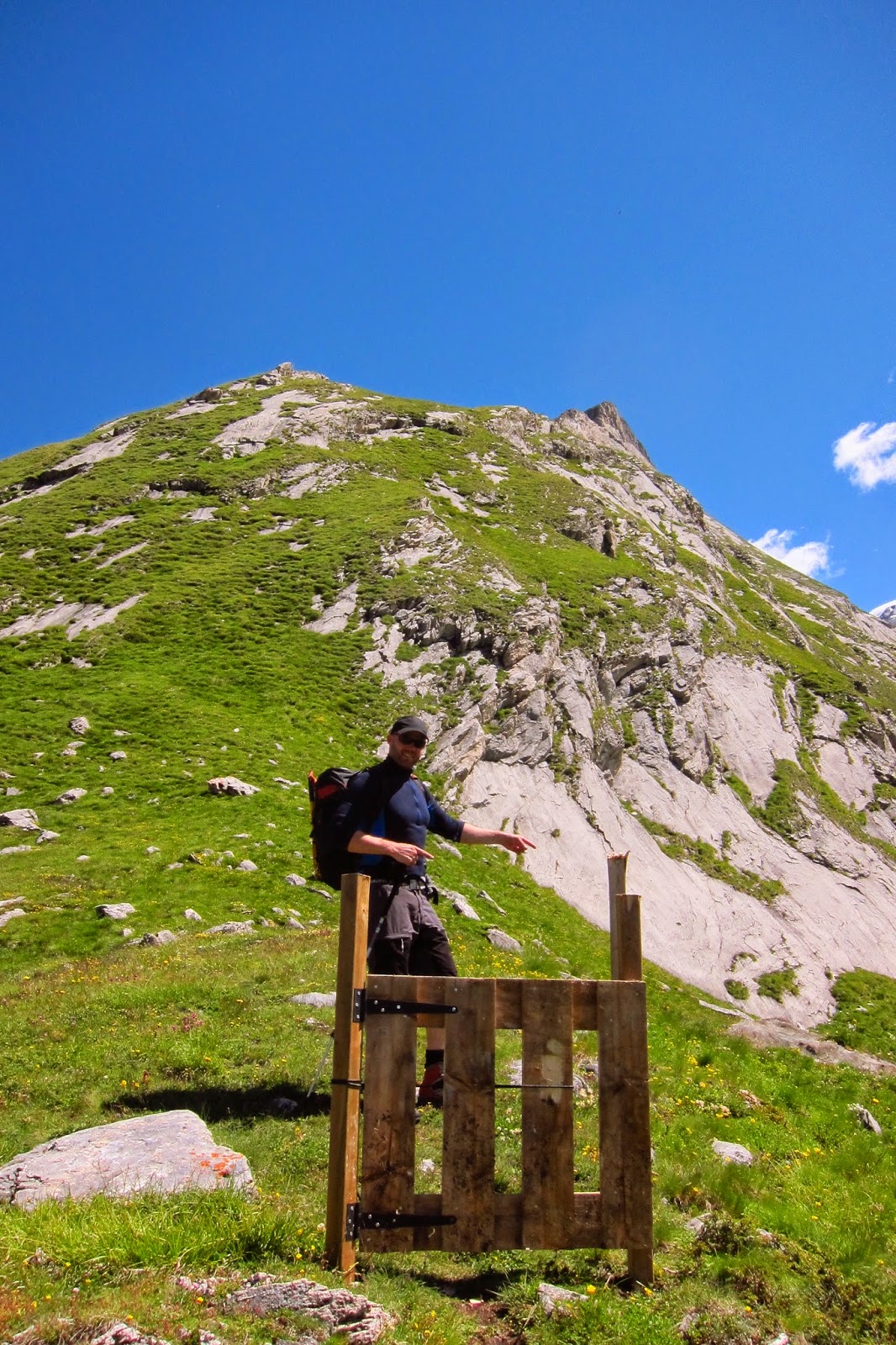 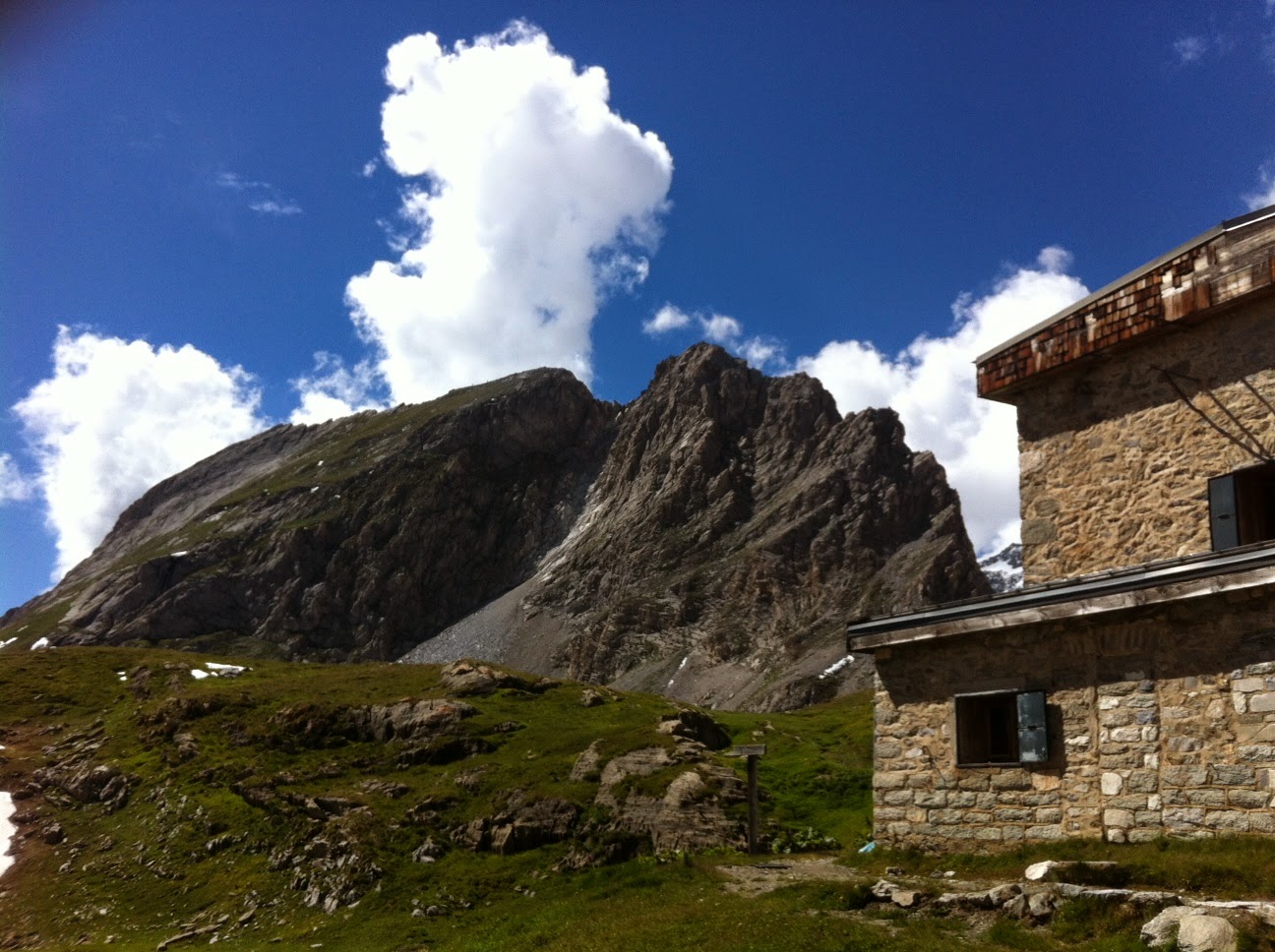 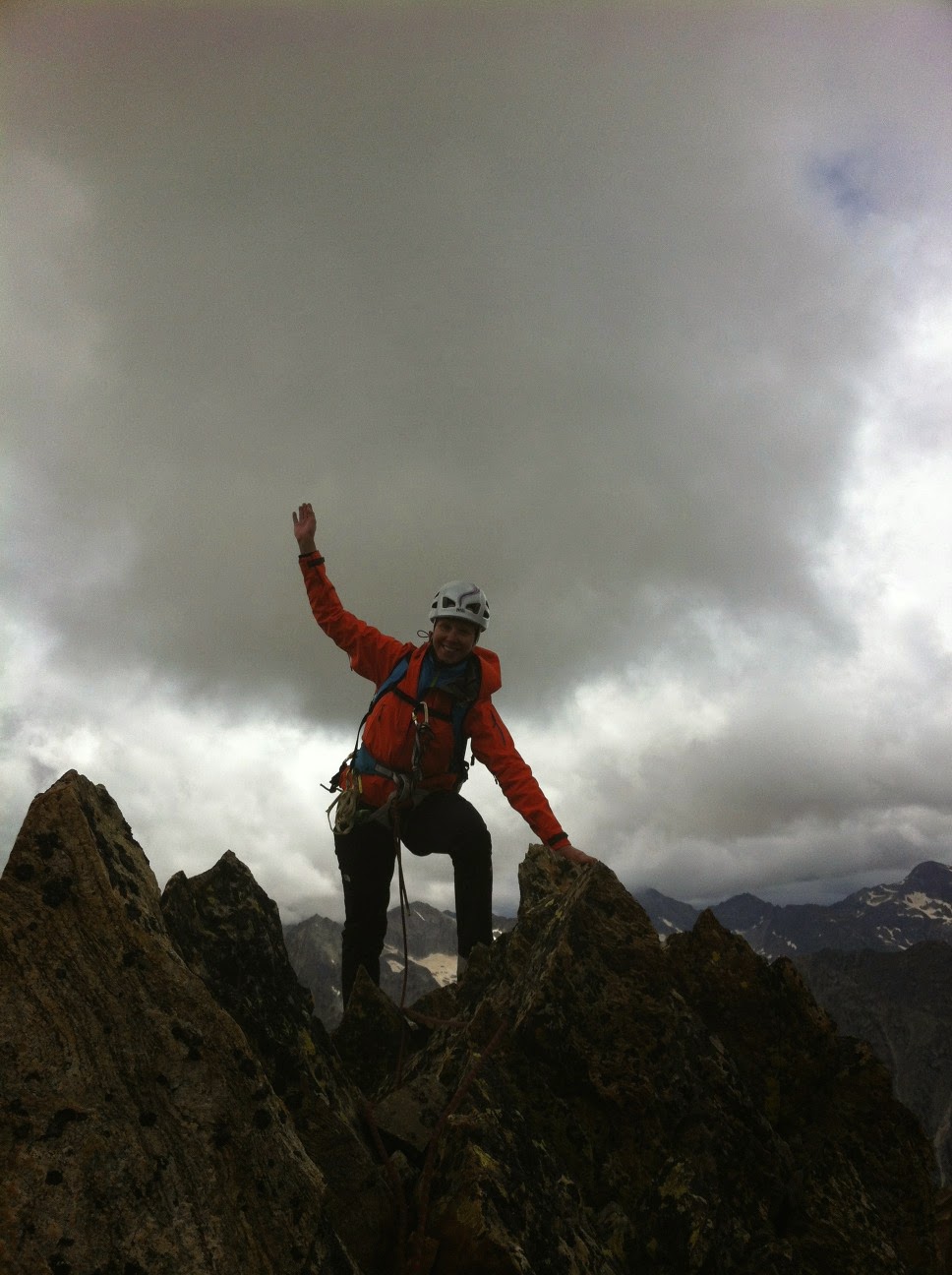 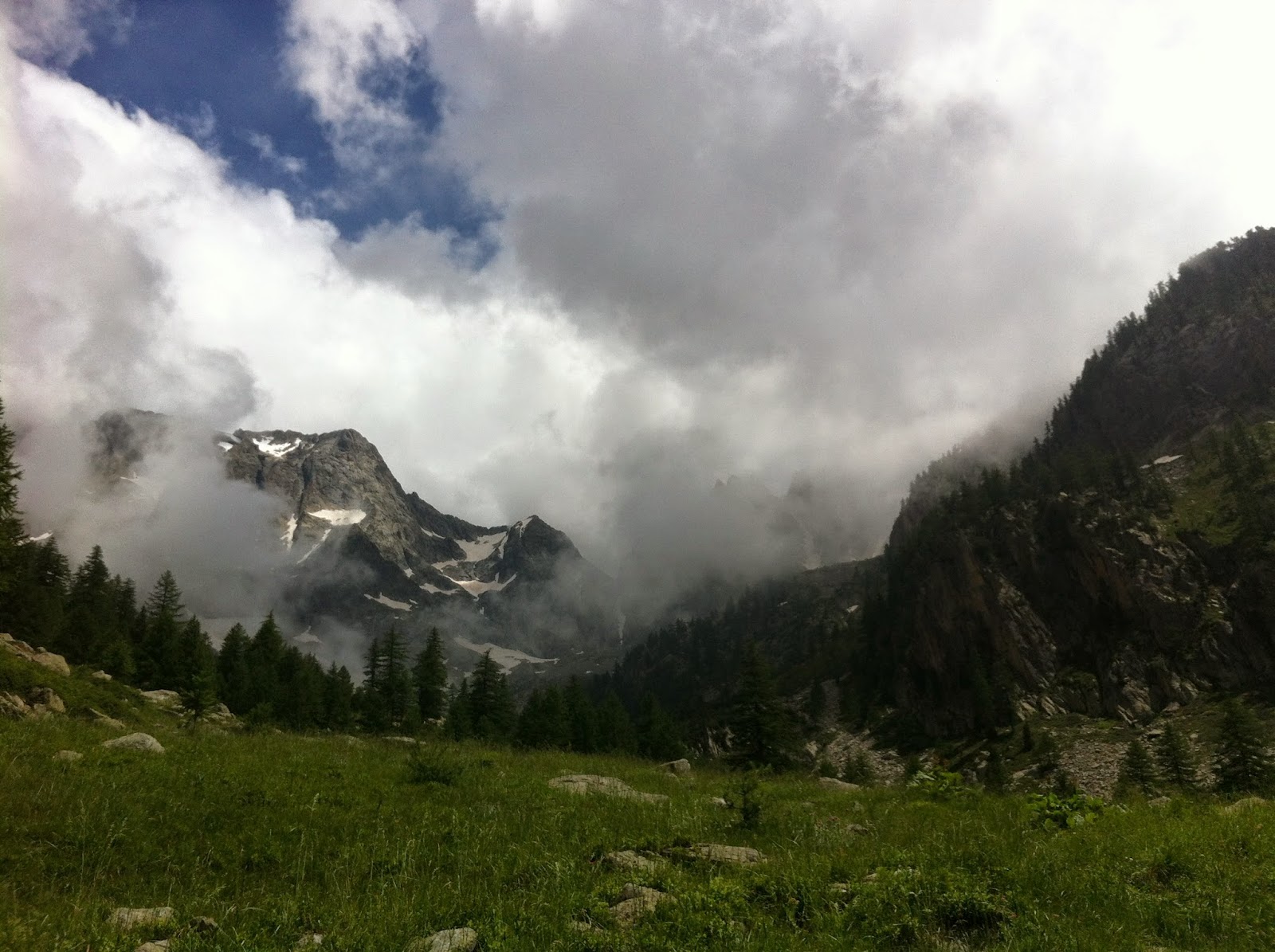 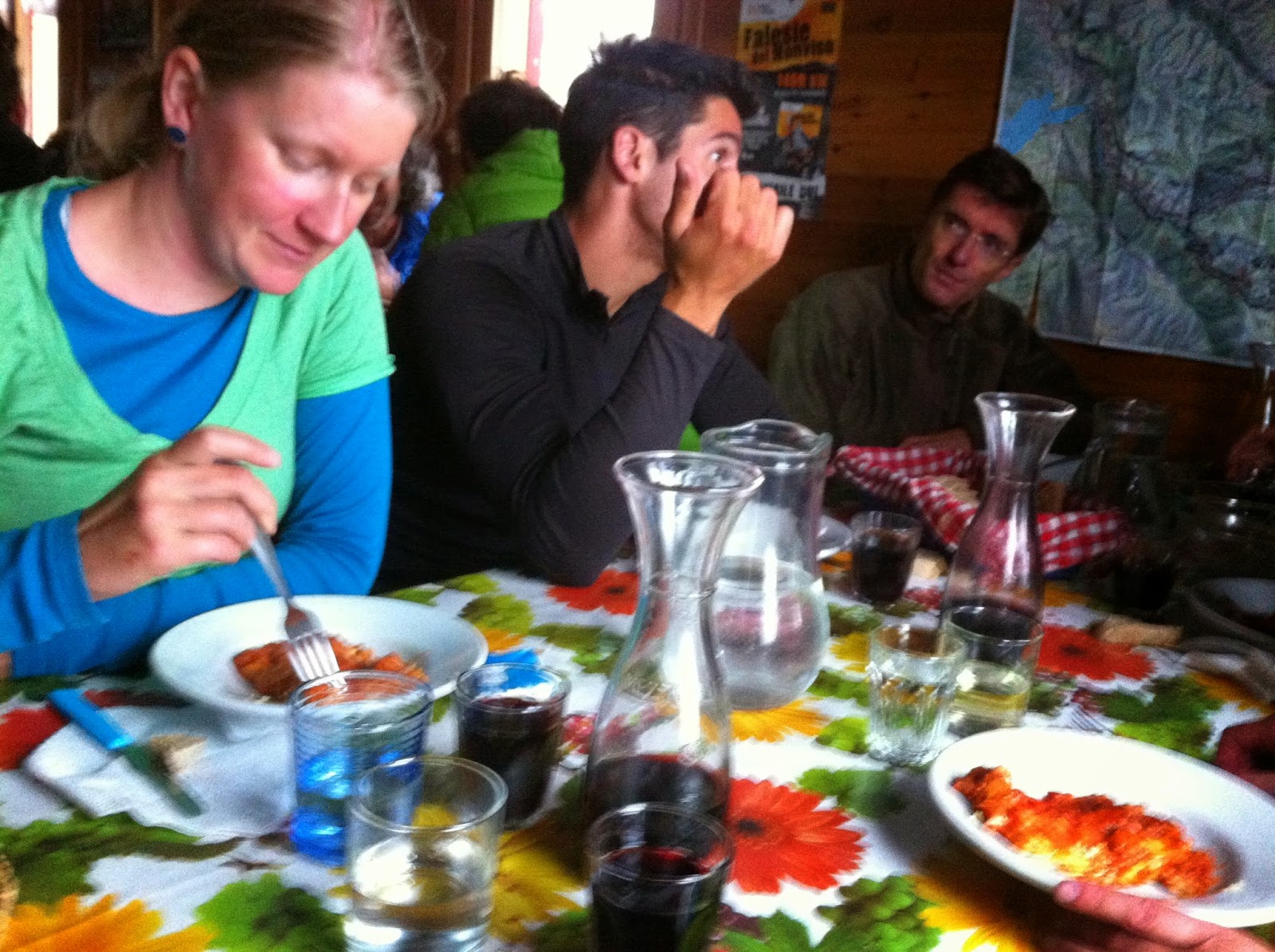 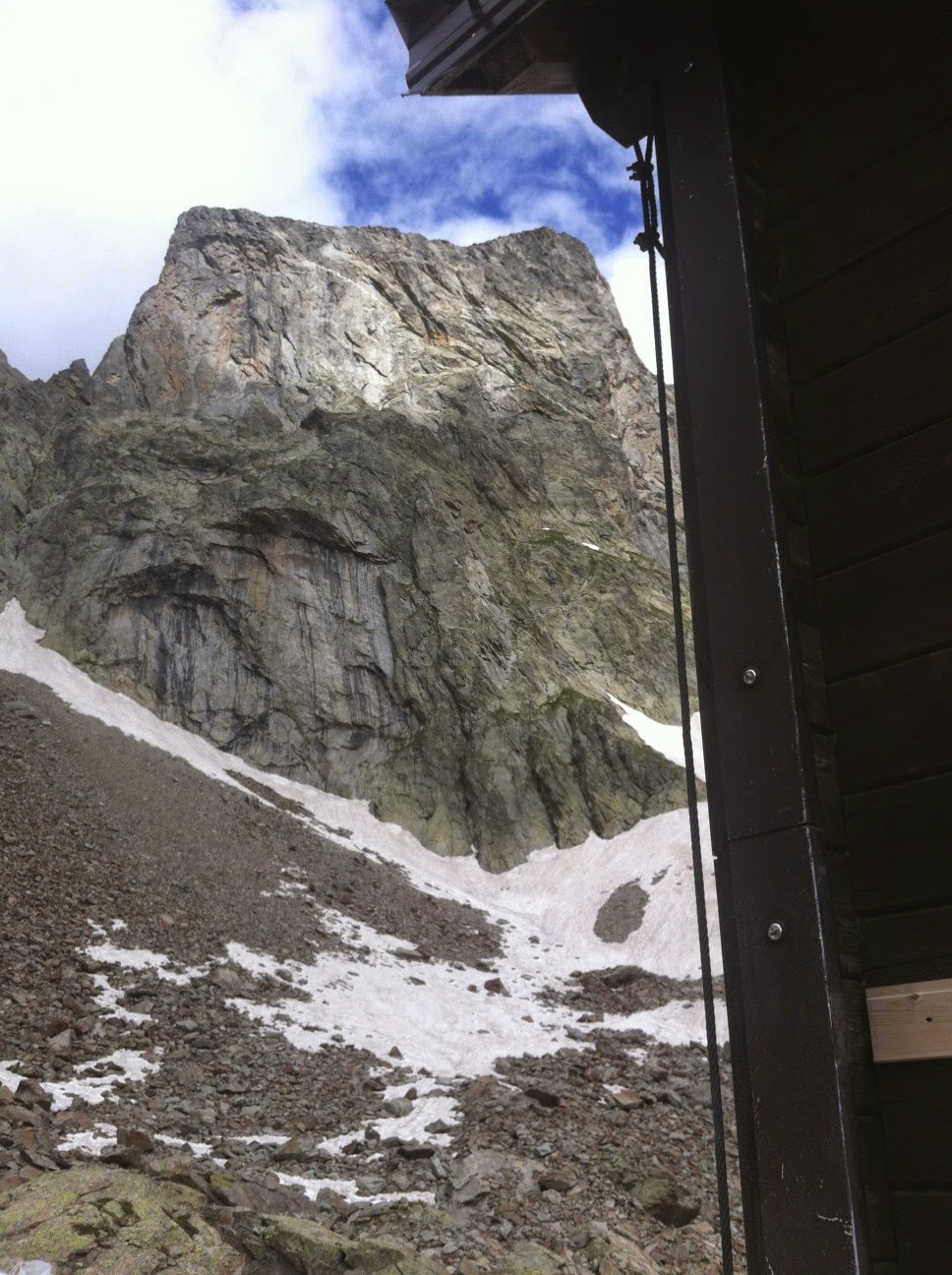 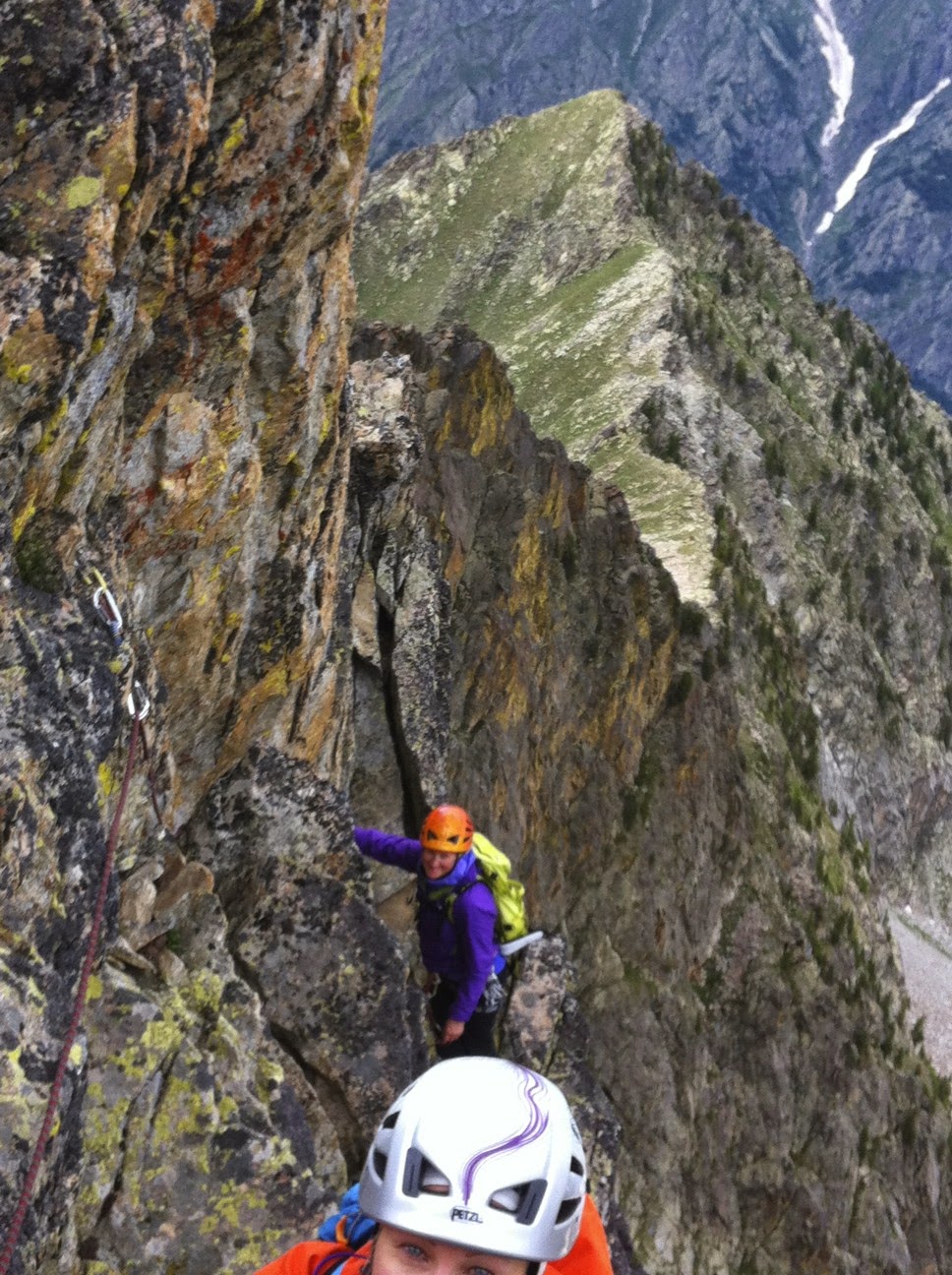 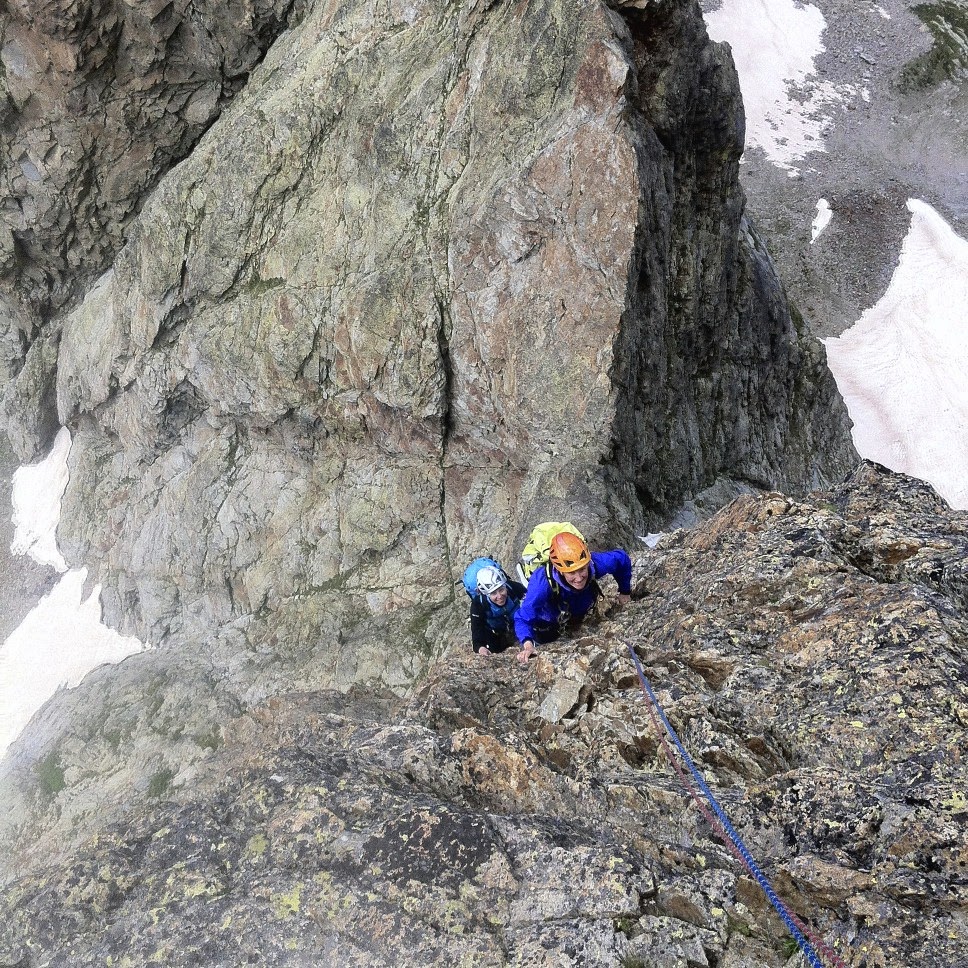 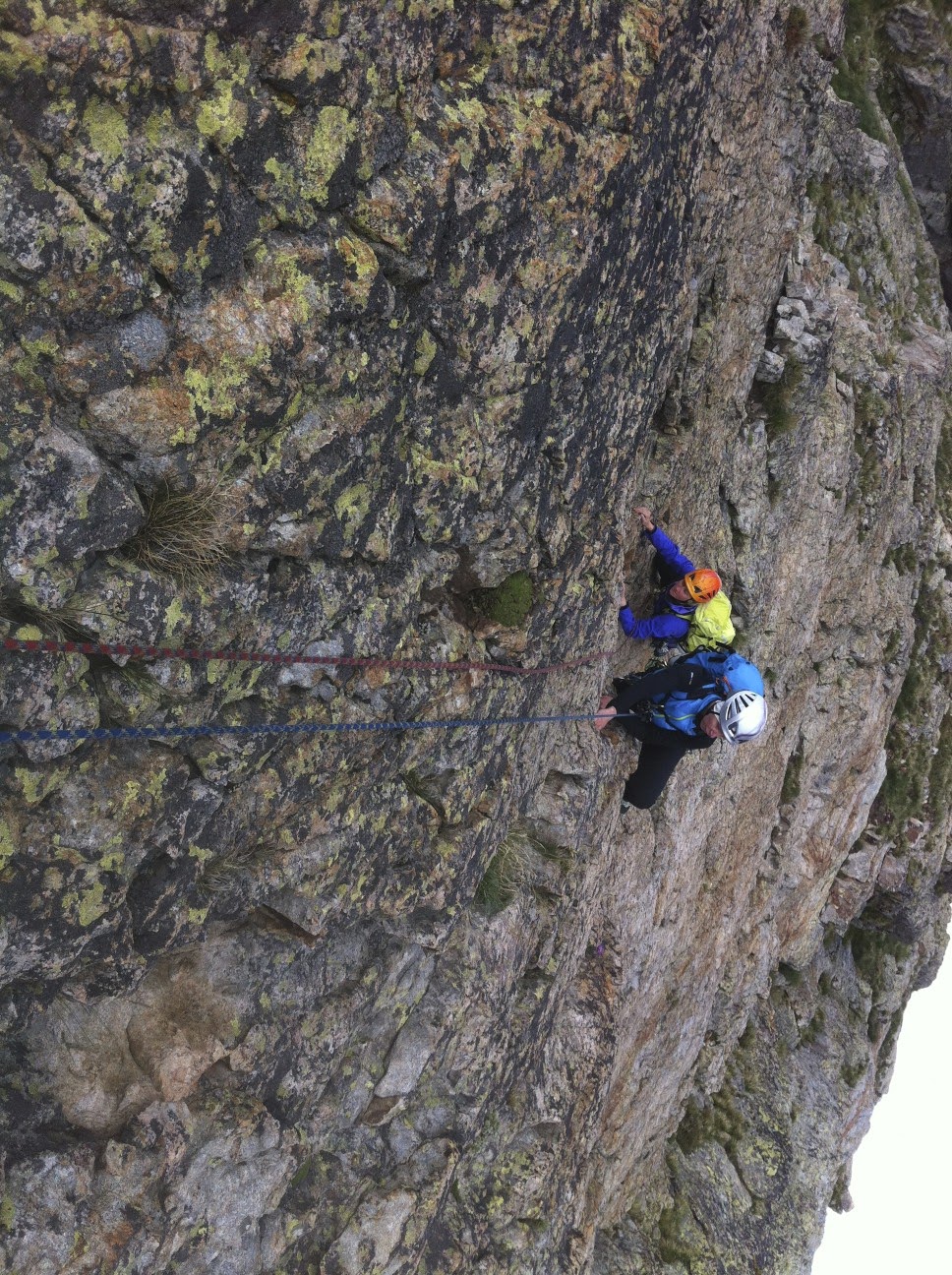 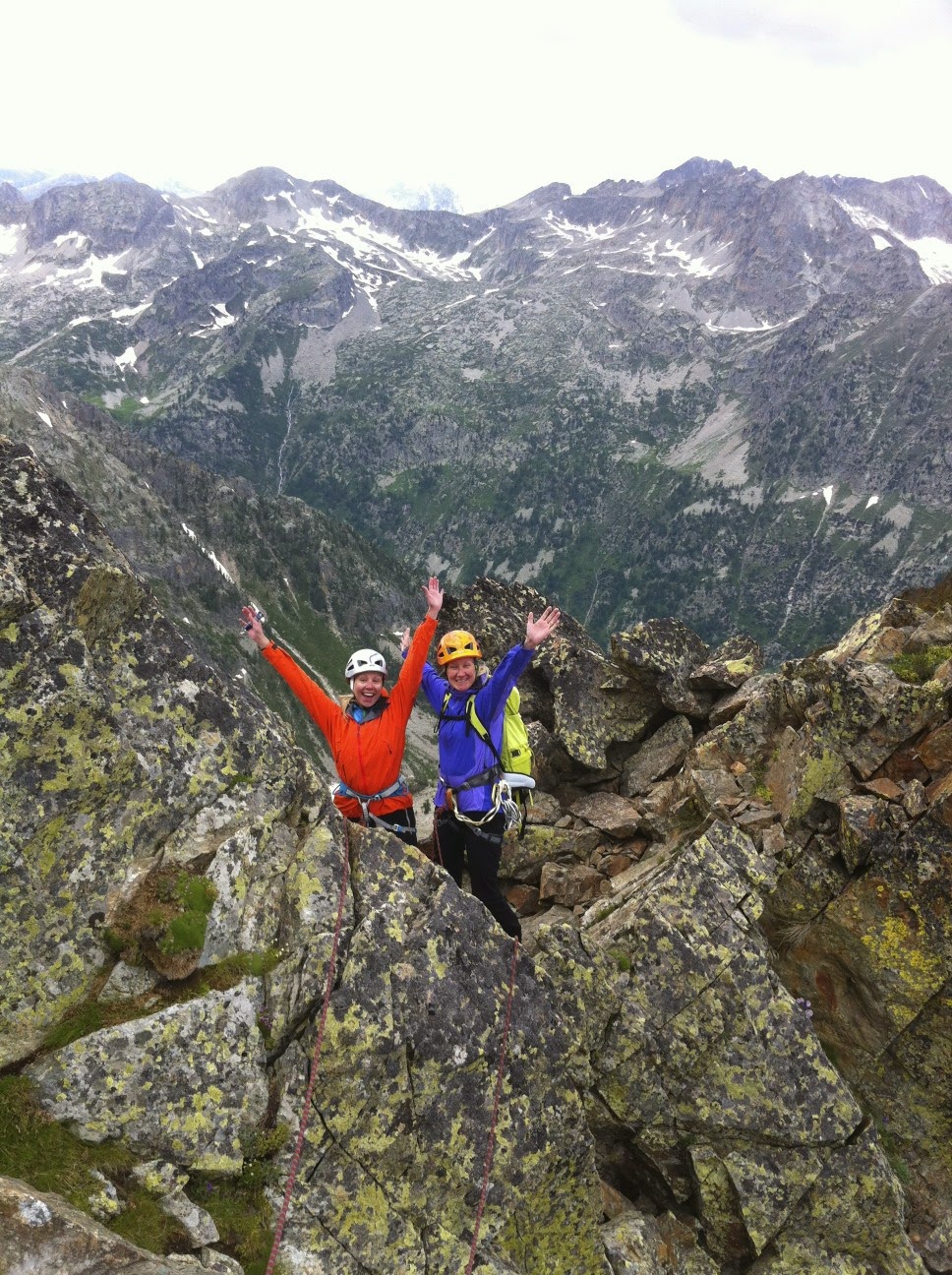 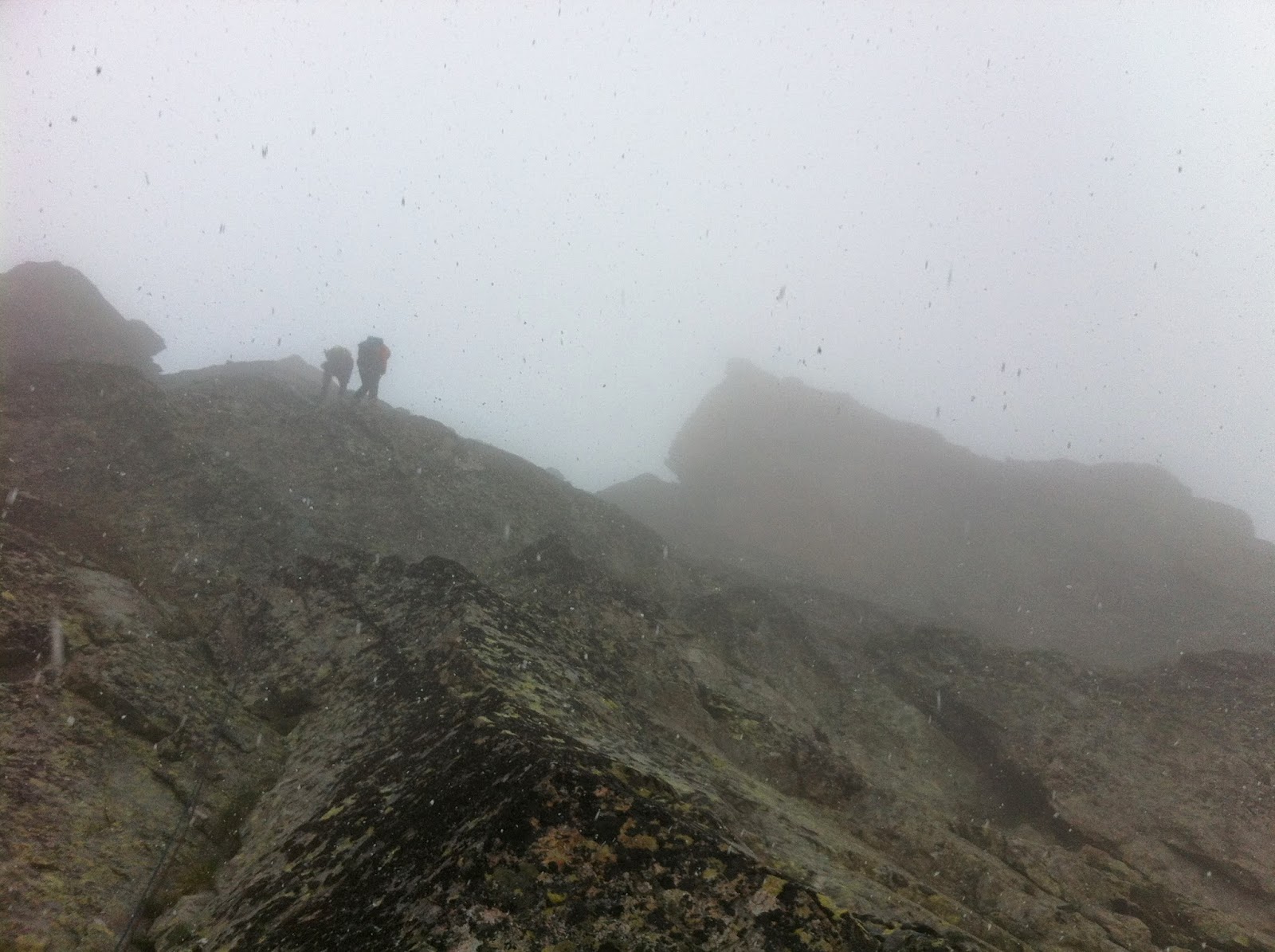 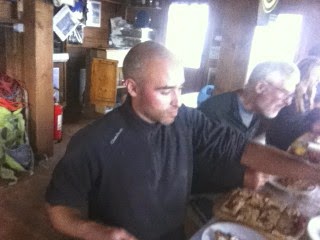 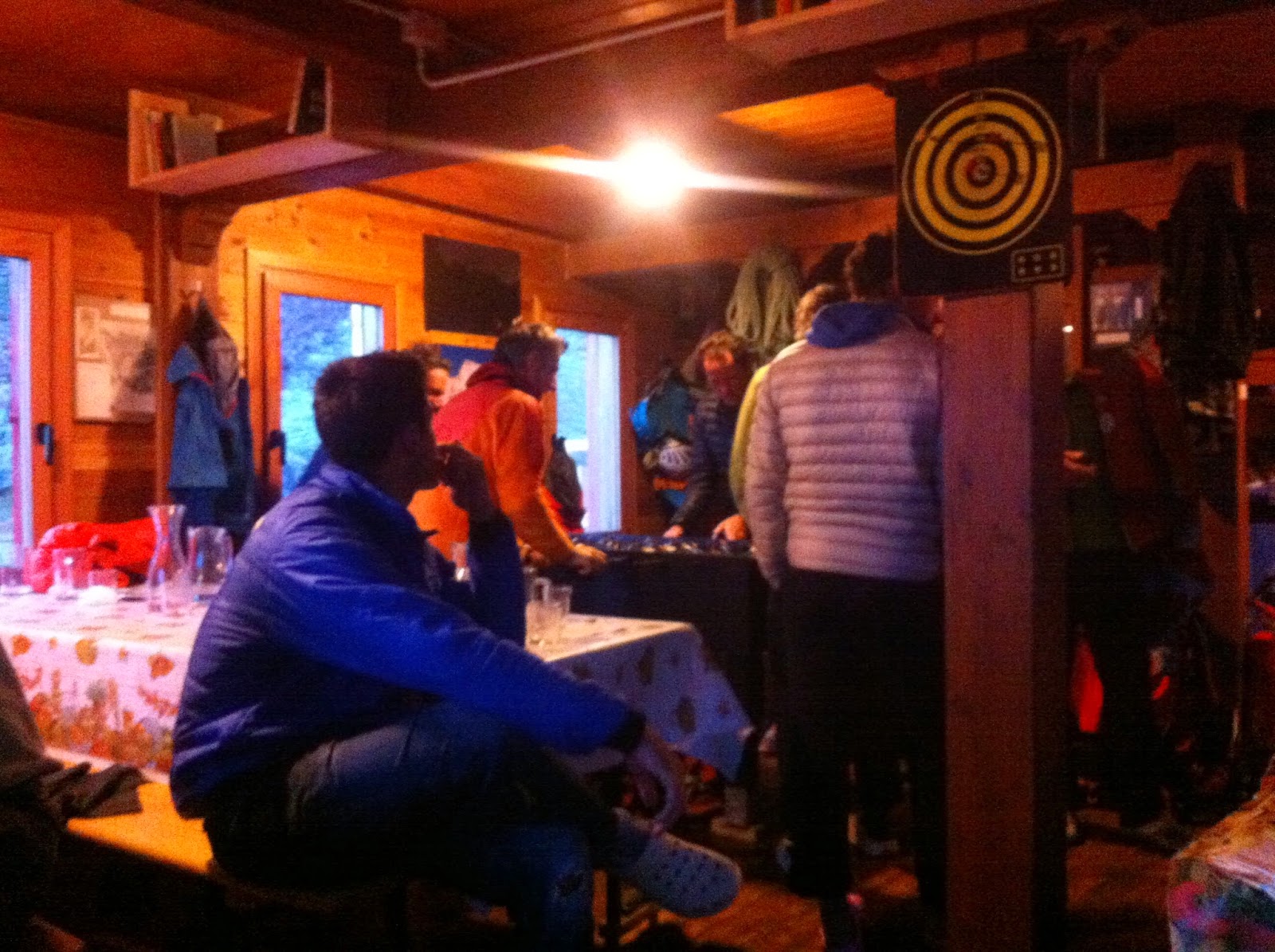 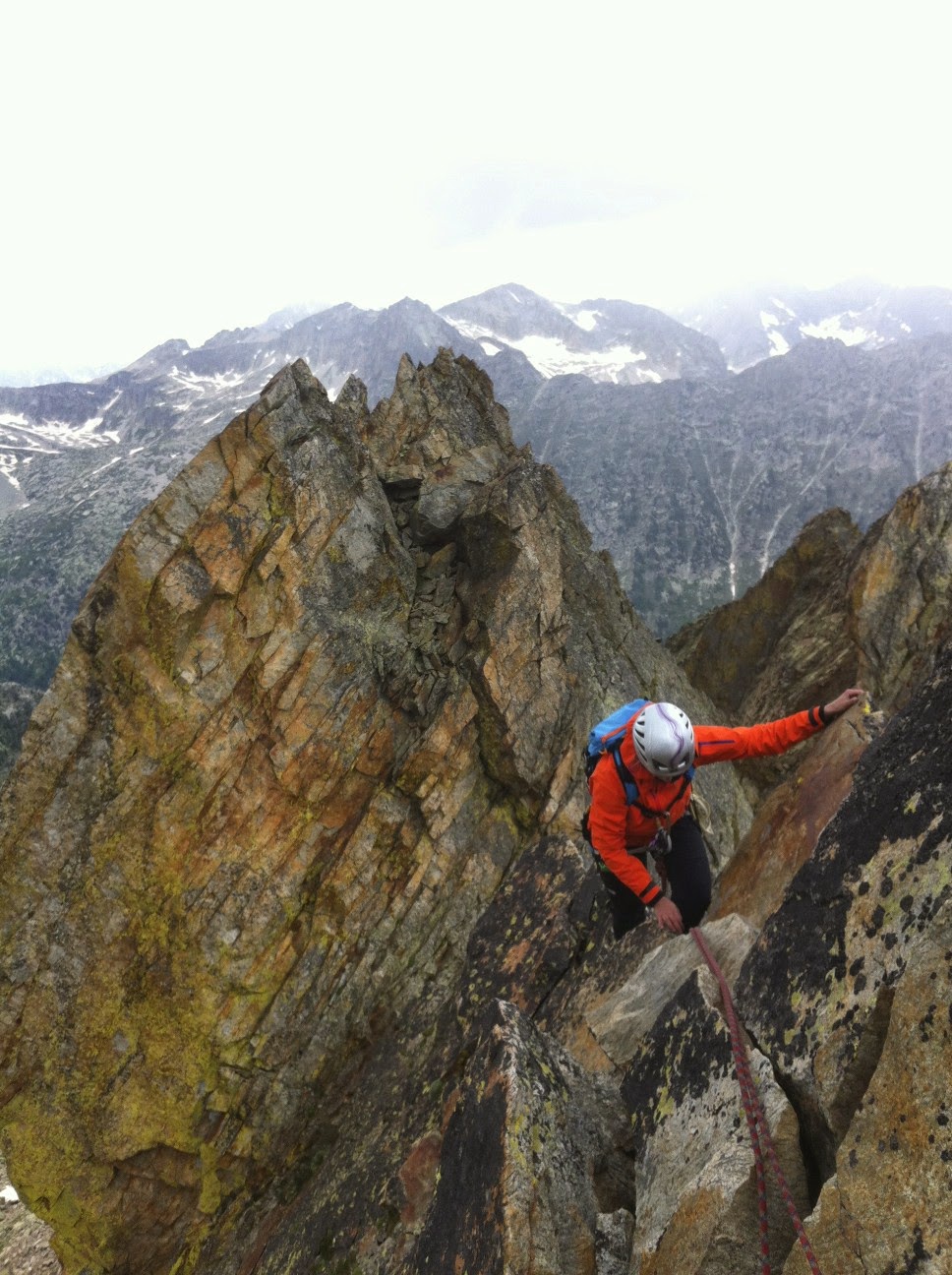 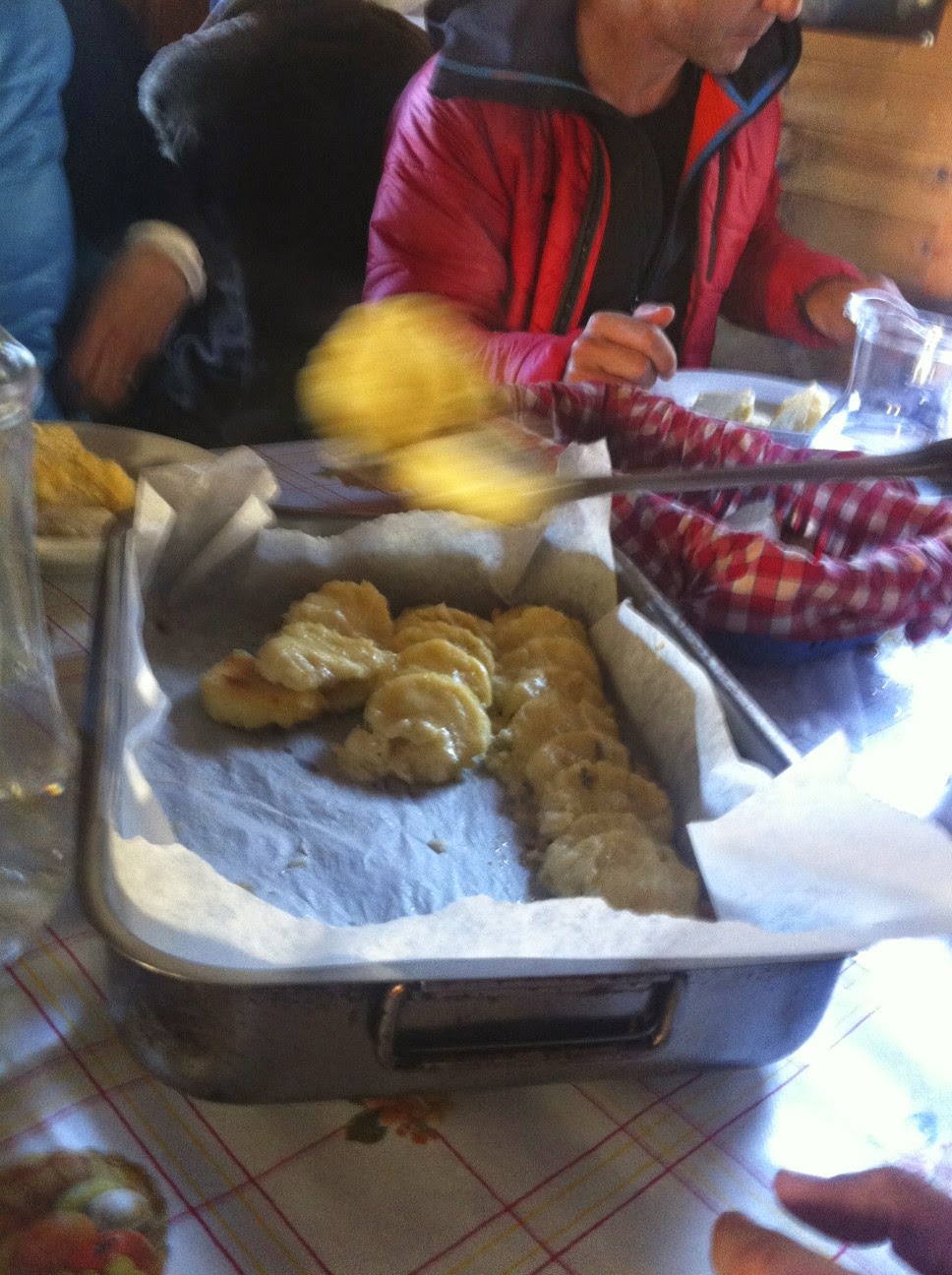 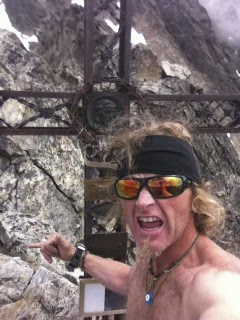