Some good conditions and still not to warm around Chamonix. Great time to ski some steep couloirs.
As always or at least often the Aiguille Rouge area has a high number of interesting lines.
The classic Col du Belvédère as an often skied example. At this moment in a very good safe condition. A little out-skied at the top, but still ok with some unused areas...


An other classic is col Beugeant. Also a good ski run with only some 700 vertical meter access via lac Blanc.
On the same direction is the little less known Couloir de l´Arete Plate.
A little, but just a little more awkward to get to, but the payback is double tums up!
If your unsure of the start, there is an improvised anchor to rappel off from. The outcome if you fall is bad so make sure not to.
The skiing is engage to start with and up to 40-45°.
And in the end it takes you to Glacier d´Anneuley and down to Le Buet.
Just a great days adventure!

One of many, but Colouir Trappier must be said to one of the classic ski-runs in Chamonix Valley.

Suited high up in the massif du Mont Blanc, on the north face of Aiguille du Goûter and beautifuly overlooking the valley floor. 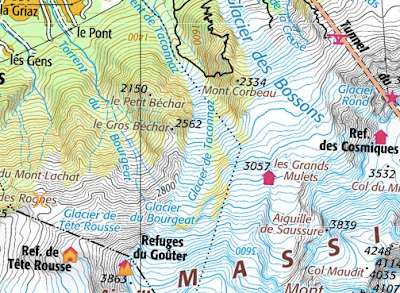 Opened by Marie Trappier and Laurent Dartol in April 1982.
Who sadly was avalanched on it way up to do his 53rd run down this colouir with his wife Marie-Jo and three companions in March 2008. 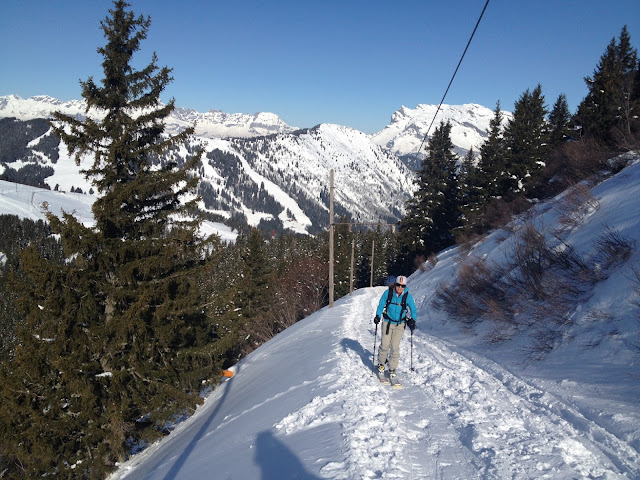 The approach is easily done from the téléphéurique from Les Houches. From the top of the lift its only 1200 vertical meters up to the start of the colouir and the fun!
Obviously, the approach is a bit exposed and prone to avalanche danger, so pick the day for this. 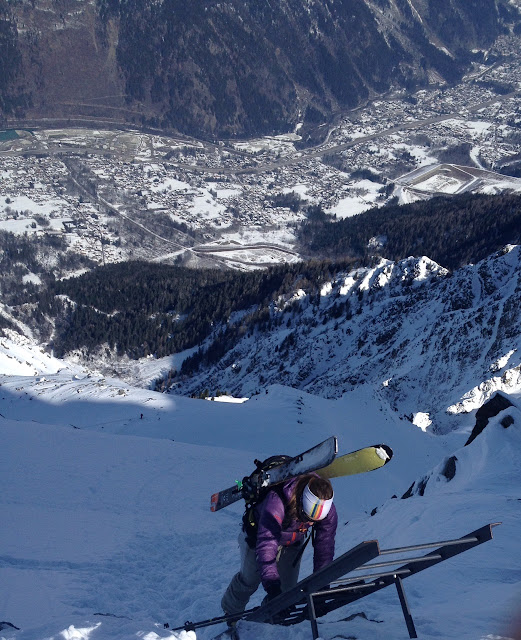 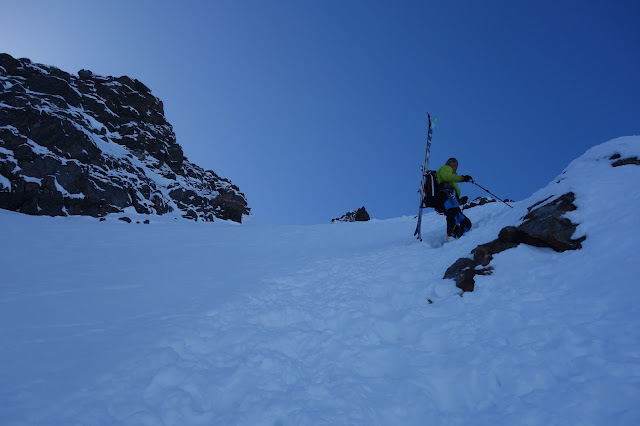 Start up the railway tracks and start to traverse up towards les Rogues. After passing the cabanne Forestière, which has a bit of exposed steep plodding/climbing to get up to.
(I was close to being passed away here some years ago on the way up towards Mont Blanc due to rock fall. Winter has its snow arrow...)
Anyhow, continue up towards glacier de las Griaz and the hight of 3029m.
Et voilá, you are there. 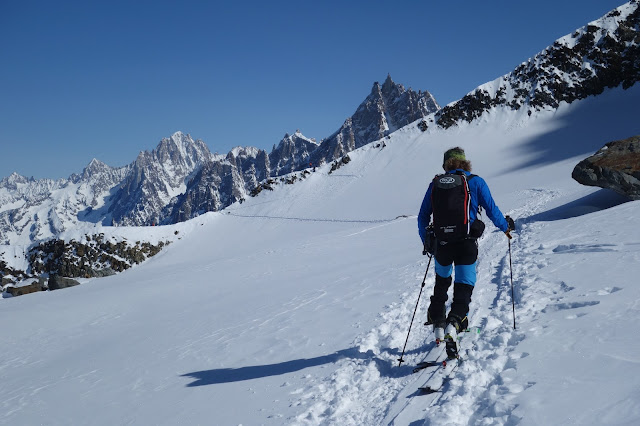 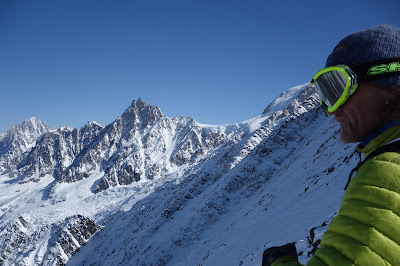 We picked one of these days. After seeing the good conditions for this route on an evening tour up towards Mont Jolie just the day before.
The ascent/descent had to be done on a saturday, in between work for both of us, but with some pushing we was able to pas some 7-8 other people which was heading the same way.
And, the descent has a big number of options to ski, so a couple of tracks before, specially on the way up, aint to bad after all. 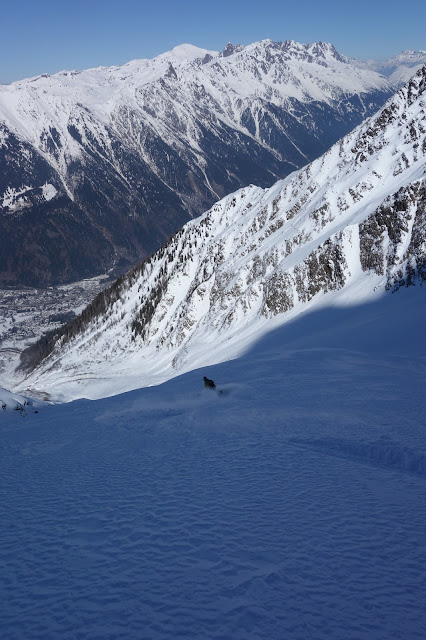 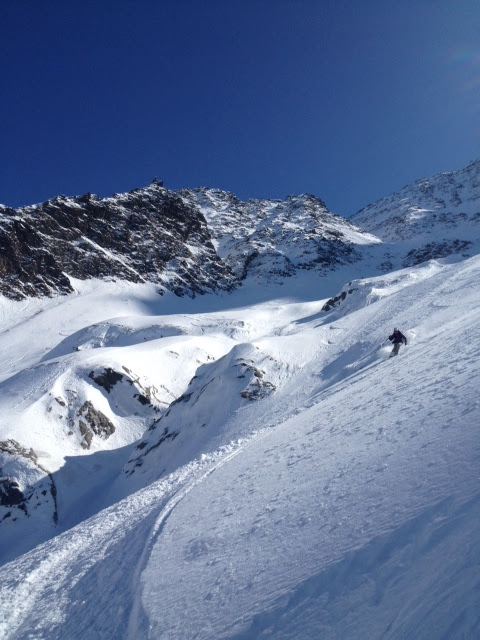 After 2 hours skinning we stop at the top, ready to explore the snow below us. Which falls away in some 40° angle to start with but soon lowers to 30° for about 1000vertical meters!!!
The whole descent back to Houches is some 2000meters. 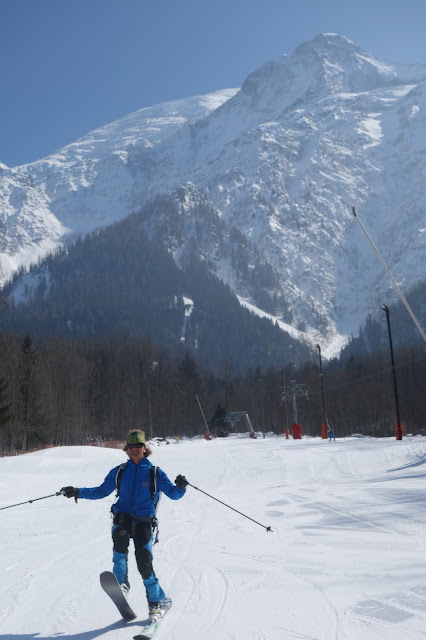 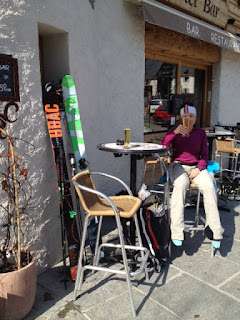 The fight back trough the forrest is a bit of an adventure, but a bit of fun and exploring as well.
Make sure to stop the descent at around 1800m if you want to make it back to les Houches.
Theres a good road that 1600m which takes you all the way back to the small beginner slope in les Houches.
Otherwise, just go for it all the way down to Taconnaz!

Equipment
No need for either Ice axe or rope or other glacier equipment.
A pair of crampons might be useful up the step part passing the ladder, but normally works with out. 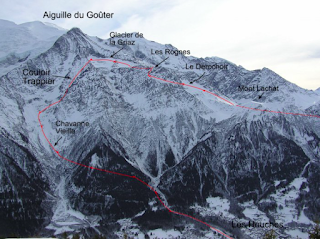 The only way to get some decent winter condition this winter is to head off to Scandinavia and at this time the goal was Kiruna and Björkliden.

The mountains in this region has a lot of potential for ice and mixed climbing. And stil at lot of new lines to be tried out.


After a long but un-complicated flight I arrived in a much wintery Kiruna with my good friend Oskar waiting for me, to pick me up. 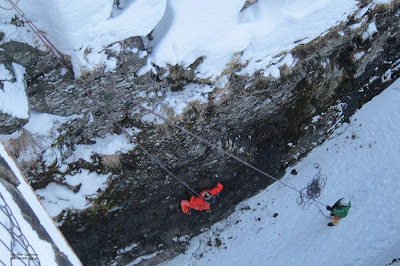 The idea was to try out an ice-line that I had seen the previous spring but due to bad weather and low visibility we changed planes. The days this time of year are getting better with quite long daylight. But still, you have to be efficient. So no time to slide around, there is only one alternative each day, if you choose the wrong one, there wont be any climbing that day.


So instead we focus on an area in "Kärekevagge" and Trollsjön.
A lot of different and already climbed ice falls. The approach is straight forward and we knew that there would be an ice route for us to ascend. And maybe, we could find something that hadn't been done as well...


An hour of approach on our skis and we was in the middle of the valley. The day turned ut to be most perfect, about -10°C and no wind. Even the sun made its best to warm us up a bit, fighting its way over the mountain sides. As beautiful as it only can be at this arctic areas, with the unique polar light. Around us we had a big selection of potential climbs, but all of them already climbed.
But, my focus stayed on a shorter section of ice and rock. Which looked as it would be possible to ascend up via the icicles. And not to steep, just doable.
A short discussion with plus and minus...we decided to try it out. 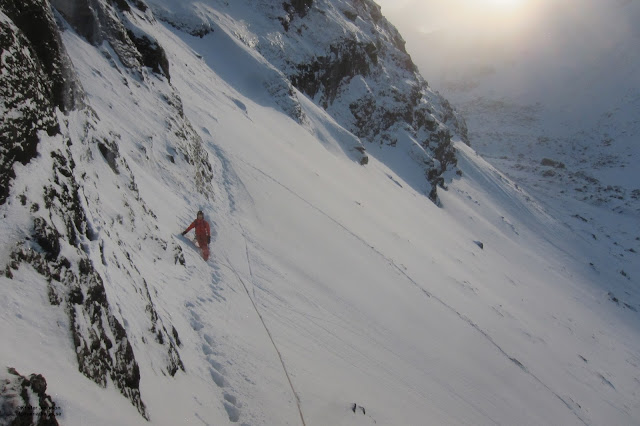 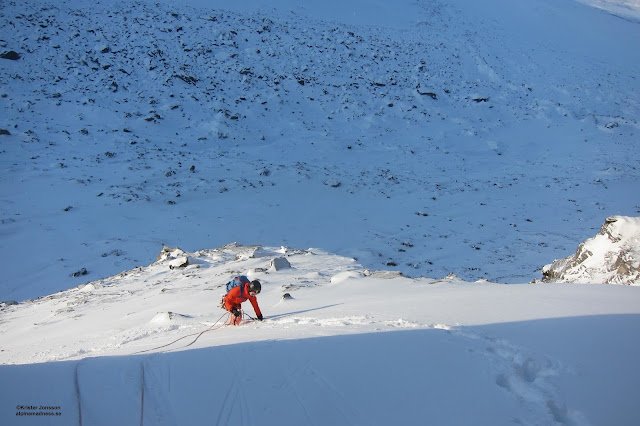 As the danger of avalanche was high, two climbers had been avalanched just the week before in the same area. We took as much precaution as possible, staying close and high to the rock and found a safe line up to the base of the ice. 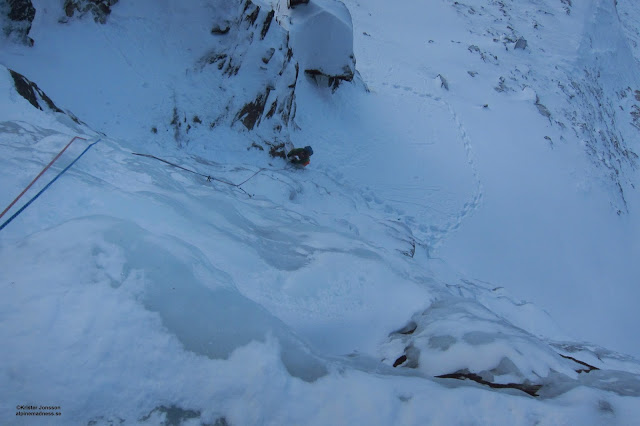 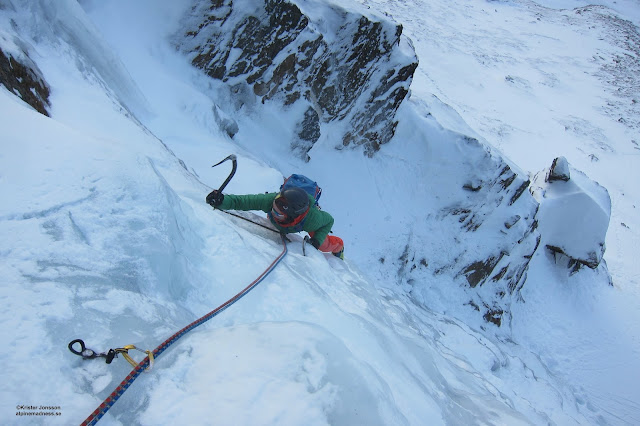 Finally, I could swing my axe into the first section of ice. Just to find out that is was thin and fragile. After some 20m I am finally able to get a proper ice screw in and a few meters more i can get a decent belay as well, on some doubtful screws... 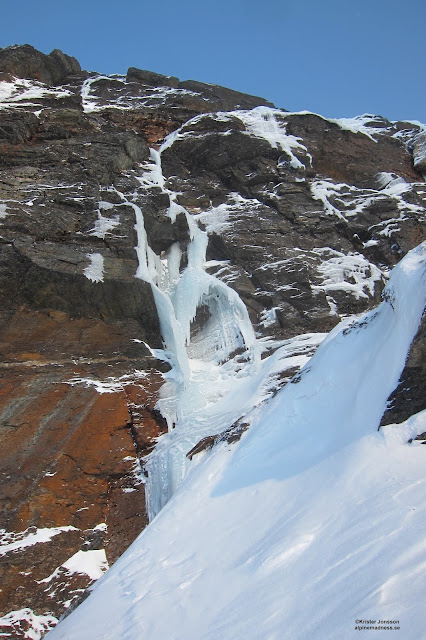 Oskar follows nice and gently and soon I can swing my way onto the next pitch which turns out to be just as fragile. But as always, great fun.
Amazed by the winter light and polar conditions, I remember why I find the winter climbing in this part of the world so enjoyable. Great climbing in cold and snowy conditions. And with no other people around, just a fox and some reindeers. 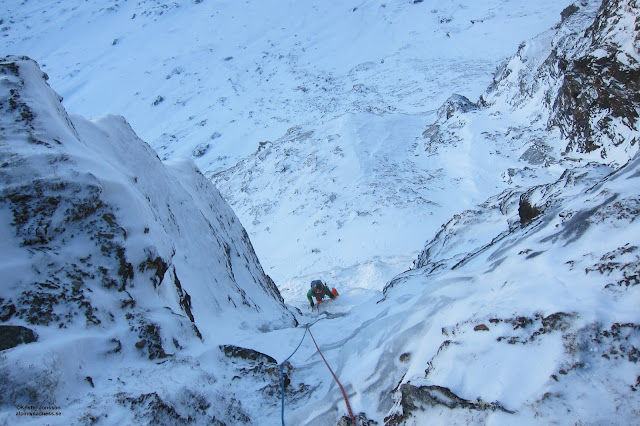 The last bit is the most spectacular.
And on arriving after the final pitch I find the most perfect rock outcrop to put a sling around to use as a rappel anchor.
Time to head down and ski out back to the car, before it freezes to ice as well...

The trouble with normal is that it always gets worse 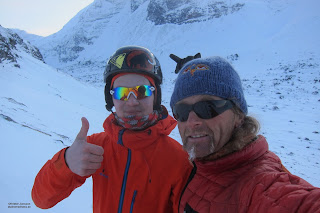