With the lack of snow, at least the huge quantitate, the last weeks cooler temperature has given an opportunity to form a number of bigger ice routes.
Even down in lower altitude.

Around Megeve and les Contamines as well as the areas around Flumet is a number of nice frozen waterlines of ice.
Some of them even equipped with rap anchors.

One of the nicer lines is Stassaz and Cascade de la Stassaz. A 50m ice route at WI4+/5 that seems to form quite quick.
At least at this moment it is very well formed and still not out climbed, penetrated with holes which often is the issue later in the year.
When ice routes more becomes like a promenade… 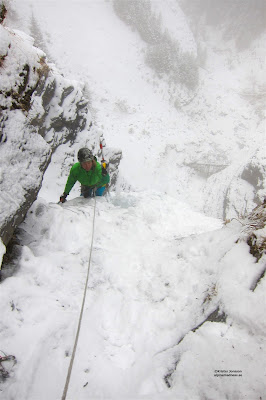 An other nice surprise is a couple of water falls close to the restaurant ”Sel du Flocons” close to Coté 2000, above the village of Megeve.
The approach is some 10-20min down the stream, facing the restaurant and well visible on the road when driving up the valley.
The canyon holds a number of different lines and the ”Grand Cascade” WI4+ 120mts is the most obvious one. But there is also a coulee of shorter 25-30mts steeper routes up to WI5+/6 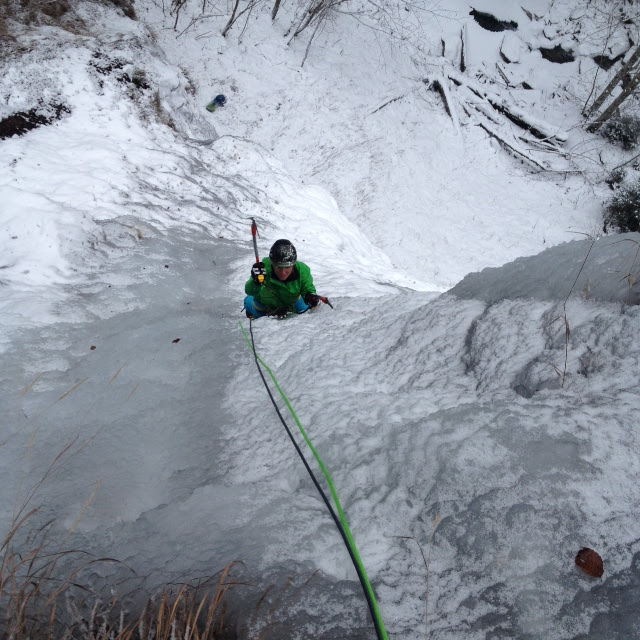 Approach for Stassaz
Access
Cross the Hameau du Planay ( waterfall visible) and park at the end of the road.
Approach
Cross the creek, and take the forest road at the edge of the forest, continue following Planay Creek to the waterfall.
For the approach to Pissieux, do not cross the creek, follow the road towards the Bison farm (cottage on the left) until the first bridge. Follow the stream upstream.

And what ever you do, don't cross the fence to the farm du bison!! :)

Approach to le Grénand
Follow the route to Megeve, take the second rond point and drive towards Rochebrune.
Continue along the road to le Grénand, some 3,5km. Park on the opposite of le Flacons restaurant and have a nice espresso afterwards. The most expensive one you could afford! 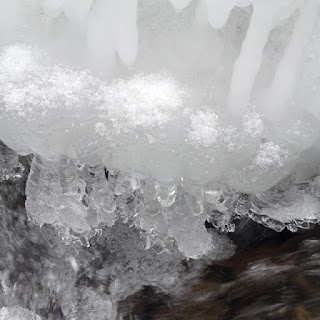 As a slow but still great start of the new year, 2017, we decided to take a tour up to Aiguille du Midi and crack up a route on its south face.
Conditions was perfect and the amount of people few, as very few.
We was the only team that aimed for any rock climbing, a few teams on Arete des Cosmiques, is there a day with no parties on that?

Since we took a slow start and the last cabin down is somewhat early we aimed for a easier and shorter route. The choice landed on ”Midi Sonne”. A 6a route with some 5-6 pithes. A route that we would avoid during the warmer summer months but at this time of year, no other climbers and cold conditions, it should be safe enough.
The approach down the arete to the glacier went smooth and quick, so did the final part up the snow slopes up to the bace of the route. Which starts far left (west) on Midi´s south face.
With a super solid rimeye the start was easy and forward, I quickly racked up and headed up the first 10mts before I changed to my 5-10 slippers, putting my boots in my back pack, and lead off the last bit up to the first belay of the day.
All the time it was a bit of fussy drizzling of ice and small stones down the face and in the couloir, but nothing bigger. 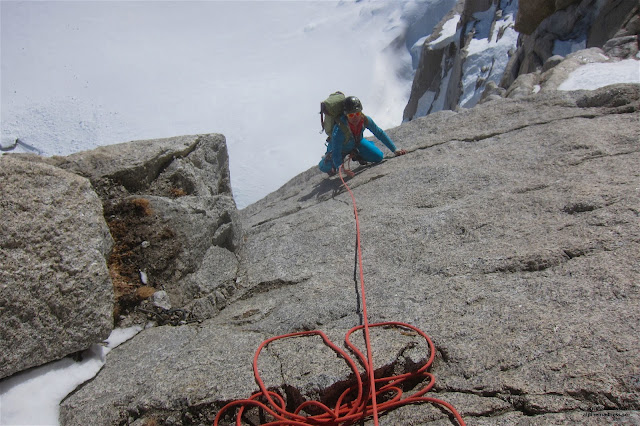 Anna followed in a good mood and soon we found both of us hanging at the belay in a pair of shiny bolts.
After a bit of messing around with ropes and equipment Itook of for pitch two, which was mostly obvious.
With only the premier part after the belay somewhat difficult the rest flower on pretty easy, but Anna is suddenly claiming her exposed situation and ”it doesn’t feel good here, a lot of things falling of below”
Since we are both of us quite experienced and has done a bit of climbing in alpine terrain and had our misshappenings together I stop and are prepared to take up the conversation. Regarding what we should do!?
But at the same time something happens, the whole wall below us is hanging in the air…and then it just goes. A couple of tons just vanish below us, some 2 meters below the last belay. And I am just waiting on what will happen next…
After a couple of seconds, feeling like minutes or hundreds of a second, I am chasing my self up to a bely out on the right, which should be safer terrain. And as quick as possible secure Anna up to me. But are we safe? Will a bigger piece above us come off, will the whole thing collapse??
With no better option, the only way is up. Like up as quick as possible...with out considering to much if we stayed on the right route or not, just up! Ending up us climbing a bunch of routes, "Jet Sept", a bit on Y´a Pas du feu du lac"...

A bunch of rope lengths later I top out at the Midi summit.
After taking in consideration if a short traverse out to the bridge with the power cables would be an option, not!

A short rappel down from the ridge and we appear down at the point of view, frenetically applauded by all the other tourists, and we can sort our gear out surrounded like rock stars…life is great!

And, with the high pressure infront of us, we will have time to climb all of the routes on Midi South Face, the ones that still remain that is!! 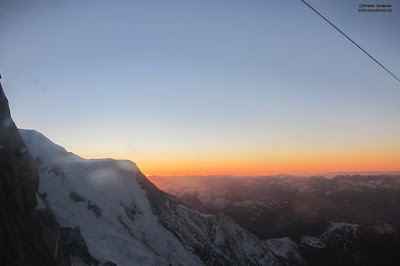 //Freek - your dreams will be here tomorrow…but you may not!