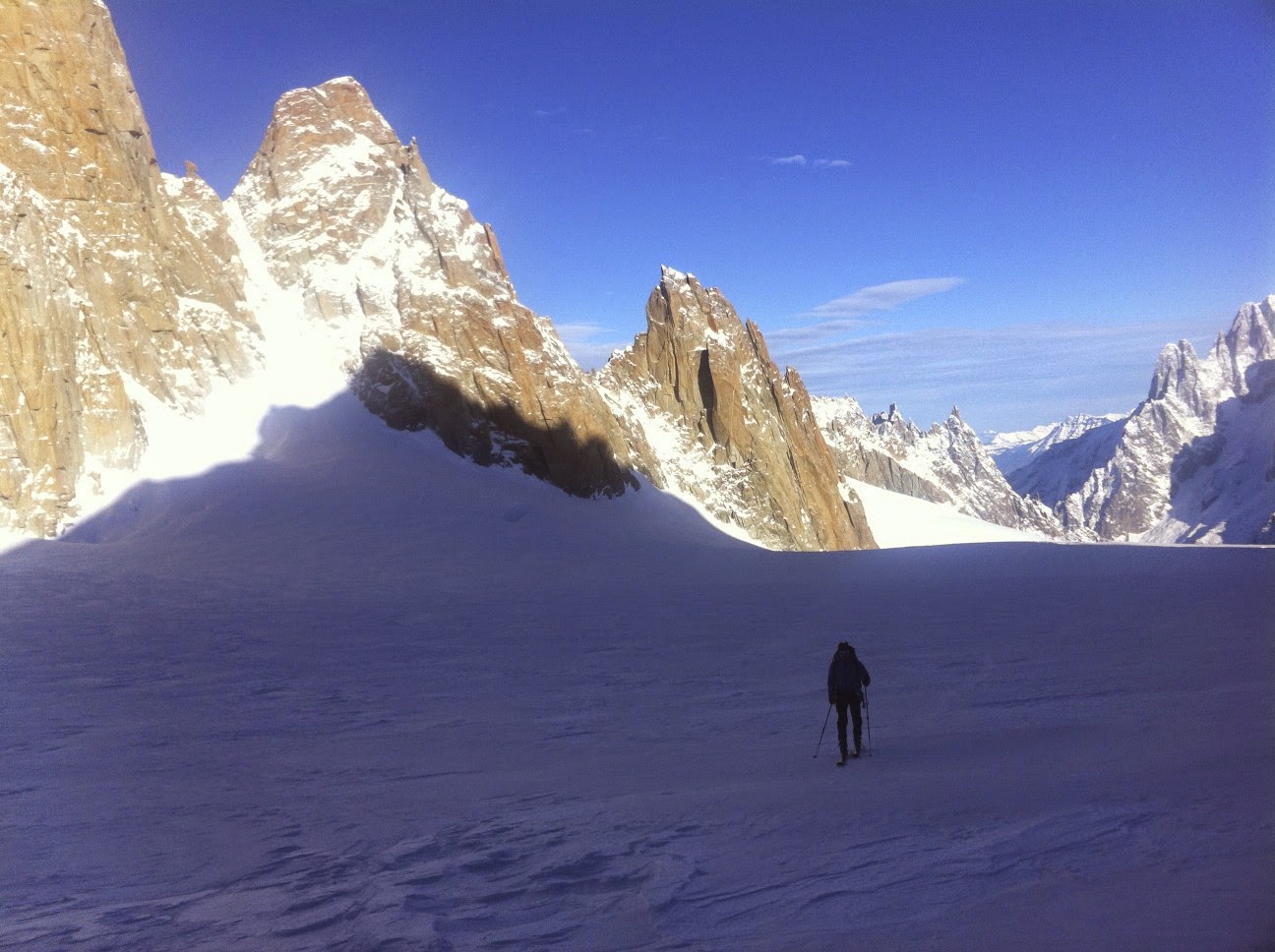 Since we have had winter the whole summer it doesn’t seem more than right that we get a bit of extra summer now when the winter supposed to arrivée.
The last weeks has been perfect for a bit of rocking around doing rock climbing, specially on the south facing sides. The north faces has been a bit chilly...yes I agree on that. 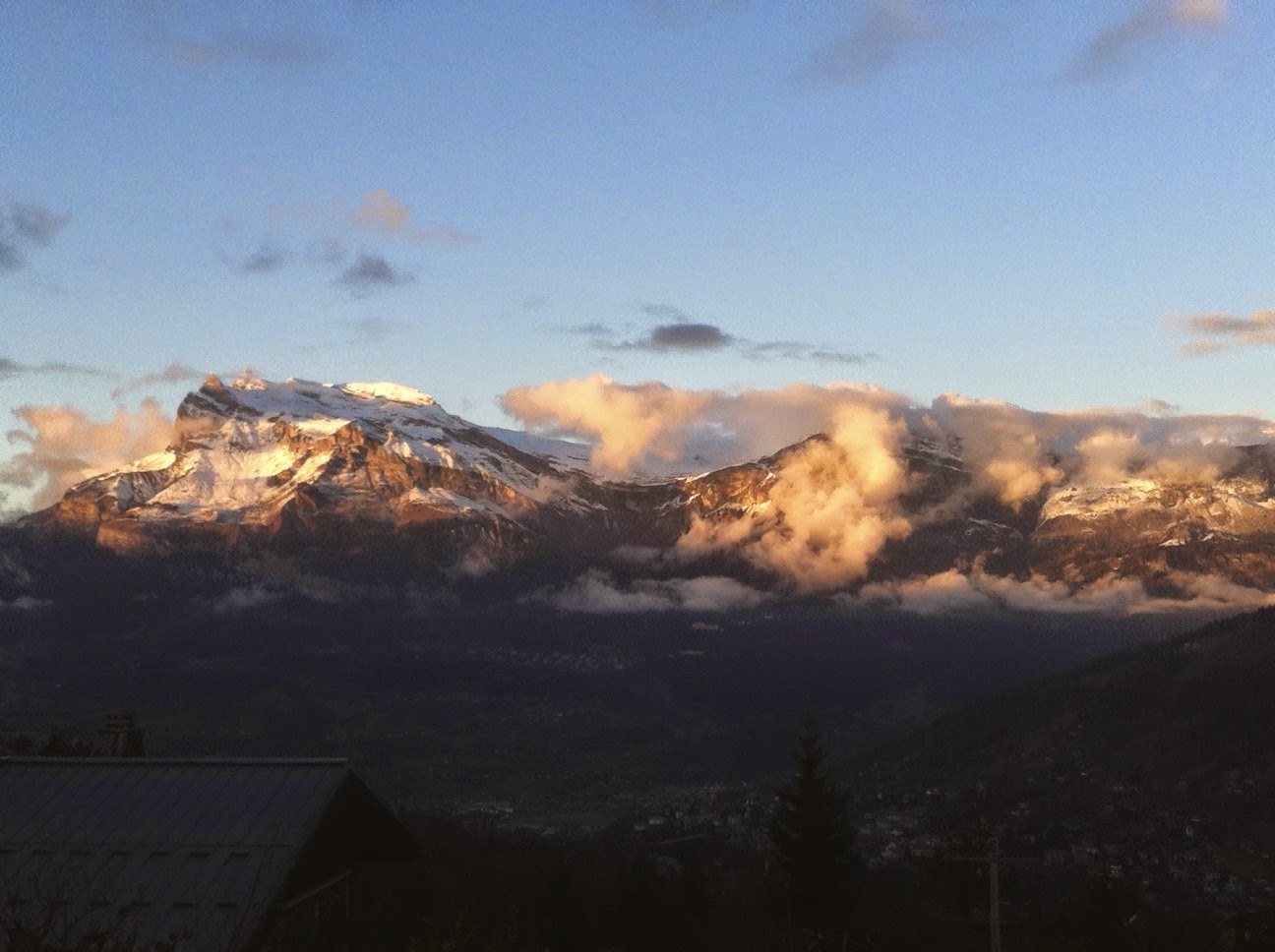 As most of us have seen the lack of snow is quite obvious in the western parts of the Alps, not to bad in the eastern parts actually. But still long way from a ”normal” winter. What ever could be normal these days…

But, with an open mind and free soul, there is a whole bunch of thing to do. As this monday I found the perfect conditions to ski off the north side of Mont Joly towards le Planay. A great line but most of the time to scary and prone to avalanches. Not mentioning the Bisons at the lower part, KEEP skiers LEFT!! 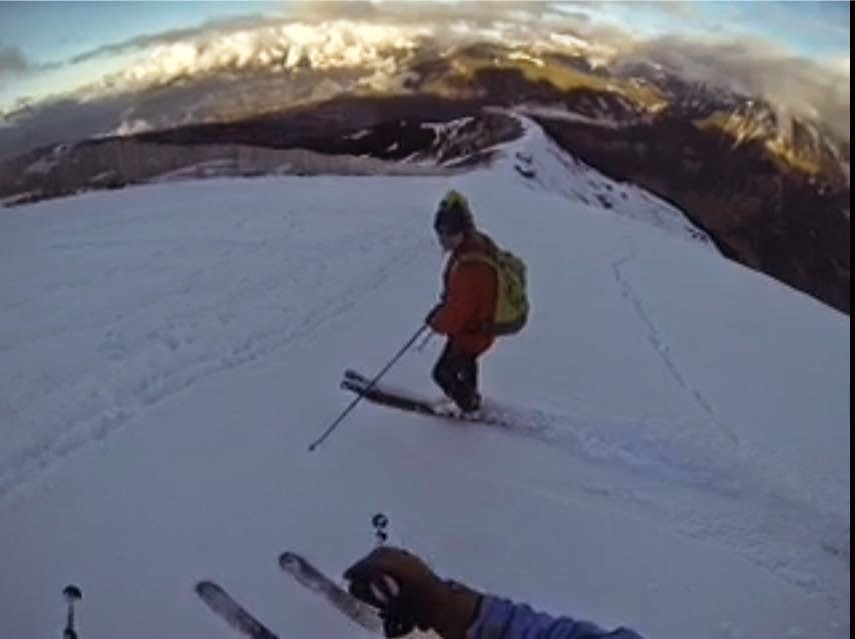 As with the conditions in the high mountains. A lot of mixed and alpine routes are in perfect ”nick” and now when the lifts are starting to open up, the Italians has kept the Helbronner lift open the whole autumn (lets hope it stay that way).
From Helbronner and Torino even some unusual lines has been in for a mixed up climbing as well as some steeper ski runs has been doable and quite safe to ski off. 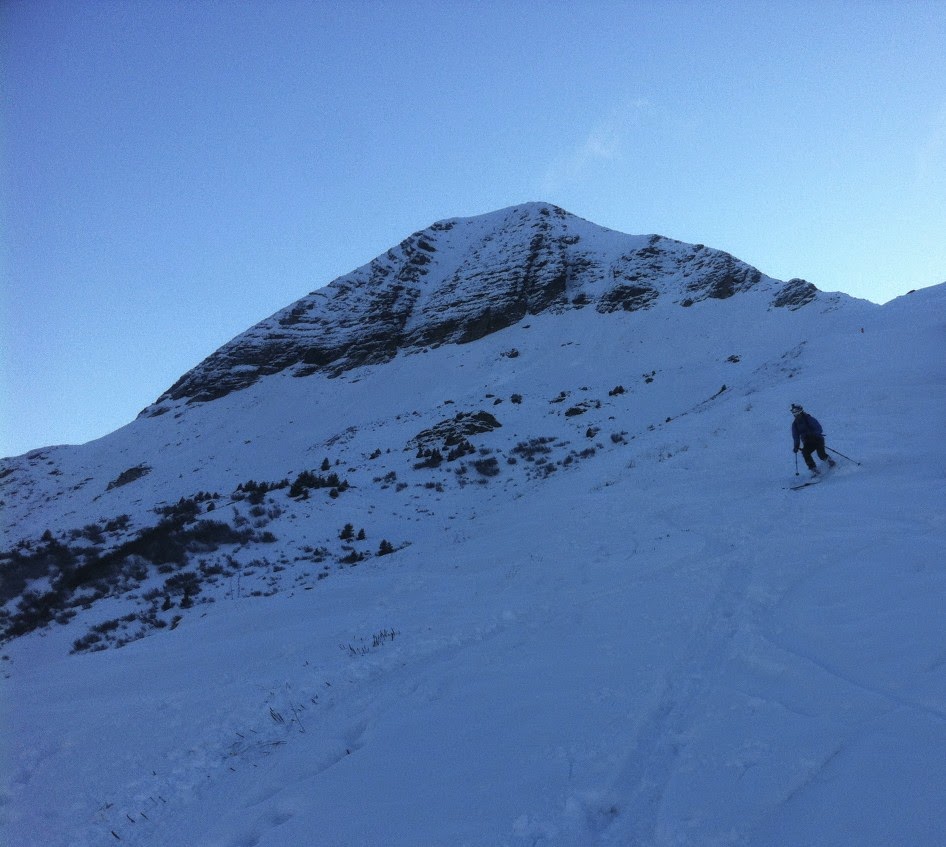 The snow is very wind slabed in places and the lack of snow shouldn’t  take the seriousment out of the day, a little more like Scottish conditions as you might find on places like Ben Nevis. No snow…no snow…but then on that spot…there is a whole load and hard effected by wind as well and POW, there the whole thing goes. Worst case, your in it! So take care and do not just judge because the lack of the normal amount of deep powder snow. The fall has been very dramatic, windy and warm. Which make the ground control a bit worried and different. 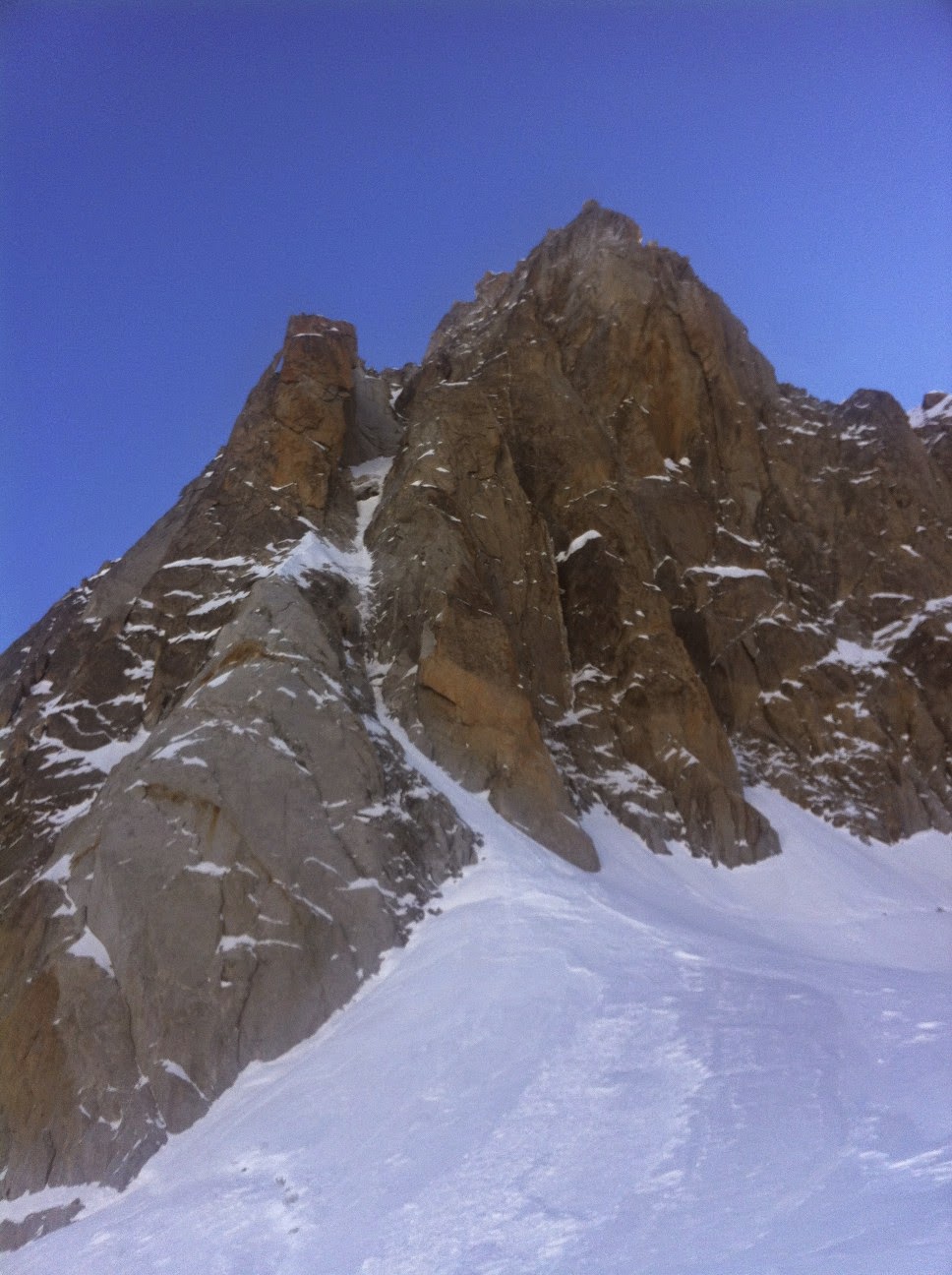 A Classic peak.
Le Tour Ronde - easily accessed from Torino and Helbronner has a whole bunch of classic alpine routes. The other day we went up and got a go on ”voie Rebuffat” a nice D+ route with one pitch with some delicate mixed climbing. And if you skip the last pitch its possible to rap the route back down on fixed belays. A great climb all in all. 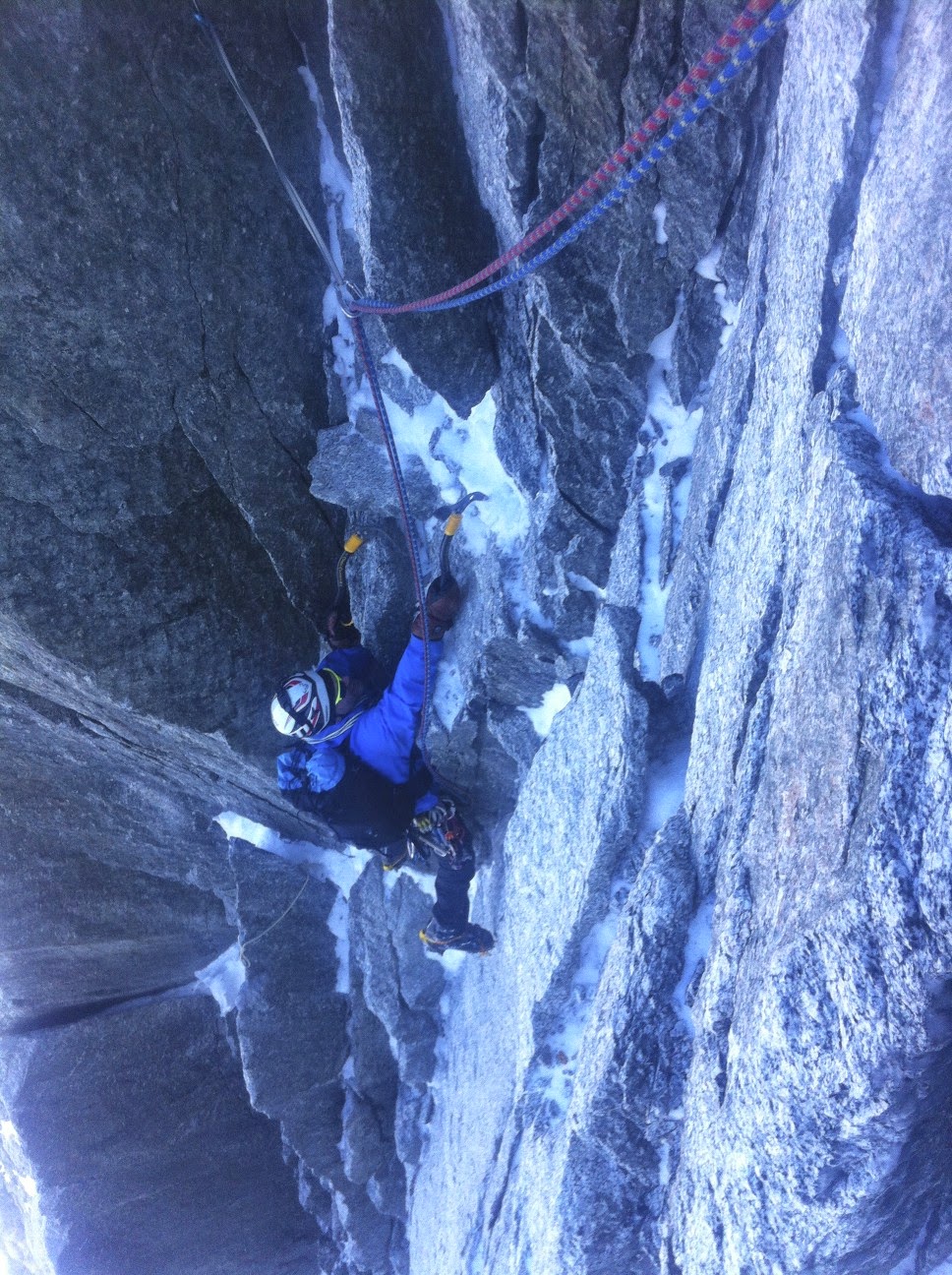 Crux part of the "Voie Rebuffat"

On the approach I saw that the North Face was in perfect shape as well so with a totally free day off I had a late breakfast before I brought the Ford to the tunnel under madame Blanc. 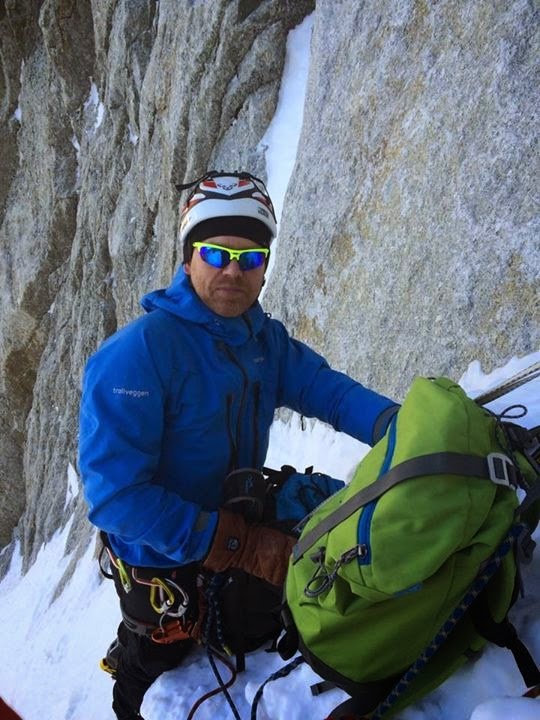 A quick approach to the base of the face on the wind blown snow, changing to crampons from skis and as always when crossing a bergschrund solo…the pulse goes up…but after the road is clair. Since I have climbed the regular NF a couple of times before I headed for the Buscaini variation. 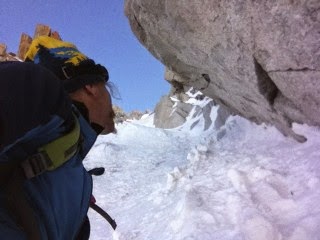 Which hold some 4c mixed parts and full on enough 4 sure. A great climb and a bit more interesting than just hammering up its neighbour. 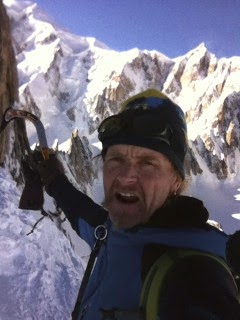 Once on top I put the skis on to try and ski down the south SE ridge, but a narrow rock corp force me to take them of for a couple of meter to down climb a few meters before I can continue down and make the moving round tour in a bit under the hour. 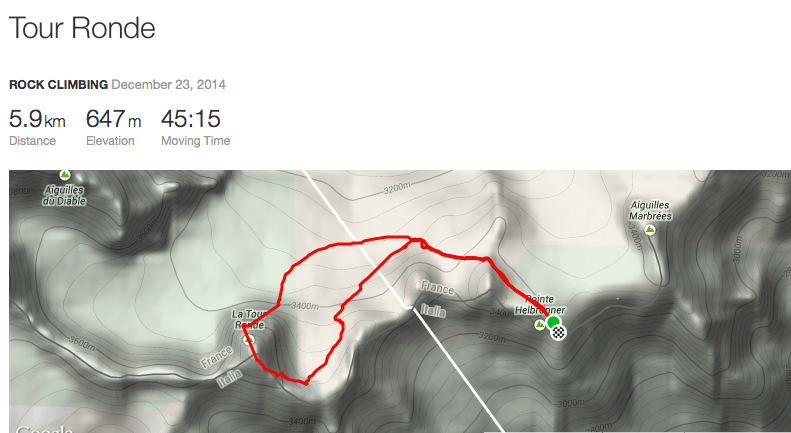 And at the time being, use the situation as best as possible, stay on top!