And with its stunning téléphérique built up to the sharp peak of Midi, actually built and finished already 1955

Which sadly, is the same year as the great local guide, Louis Lachenal fell down in a crevasse and died on Vallèe blanche after trying this new lift... 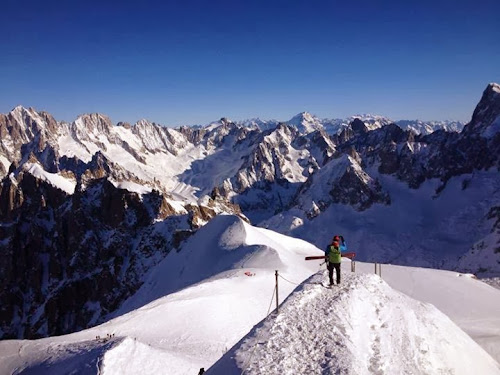 One easy way to avoid these unpredictable crevasses is to fly down instead. Which on the other isn't something one can do every day. It need the right wind, not to strong and from the right direction and visibility.

But on this specific day it was, super conditions actually!

Just going up to Midi with the lift is something memorable for everybody, specially the first time in life. As with everything, once it's done a certain number of times it loses a little of the magic. But, at least for me it's always a special feling stepping in to the cabin

And once up there, the walk down the ridge, the arête down to the glacier, is just such a bellevue, something never to get enough of!

And as always around Cham, there is hard to do anything special, as today it was a bunce more people that had the same idea of flying. So a quick walk down the arête, put on the skiis and ski out to the takeoff area

A little pêle-mêle action with the wing and it's airborne...a 6min ride down le Vallèe!

Just made for Rock climbing!
The last week---s has been more then strange for this parts of the world
During the time that the Etats Unis - more know as USA, has had some of the coldest weather since the -40ties, with even the Niagra falls starting to freeze up!

No elephants, still, but sure enough a lot of the sunny stuff

Europe and the Alps has had very annoying temperature changes from cold to warm. Making the thin snowpack even more unstable and a lot of casulties

So, the best way to stay out of trouble would just be to ski among rocks, or even better, climb the vertical stuff.
Said and done, Balme it was. Three days, three routes
Picking Balme as the goal isn't to facile since the approach is made between 10 second to 10 minutes
Staring up with an easy, and a little jardine route wise, the Angle d´Attaque, 7a, 210m of variated climbing. 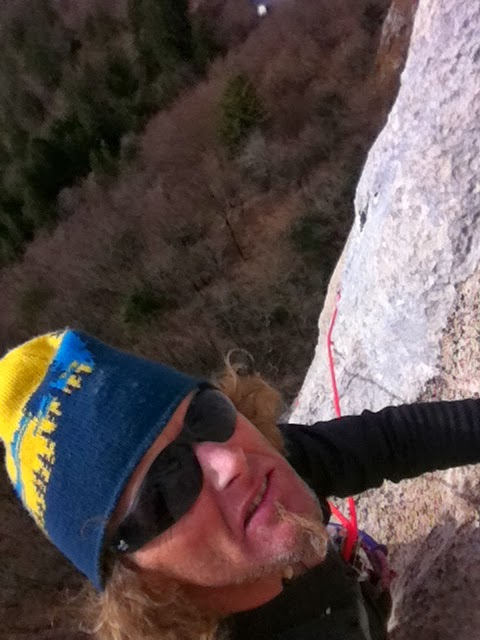 This is very recommendable route! Good bolts, good belays on good rock. 12 QD´s and a couple of spare biners and 2x50m ropes 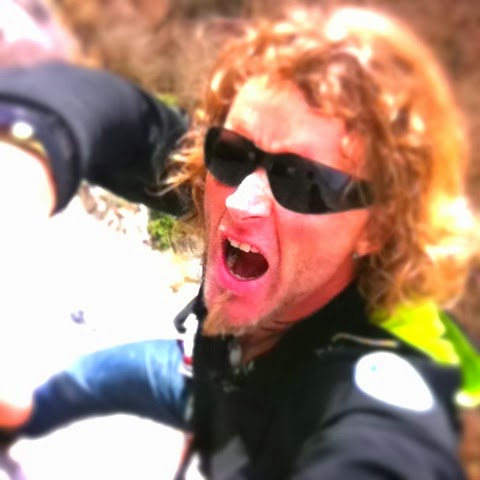 Next one, a little harder at 8a, Duel. A five pitch fight hop the central of the rock face.
With the first 2 ones a little easier as a warm up. And the a pure fight for most of it.
So a little more realistic grade for me was 7a/A0…#herrejävlarsstenhårt 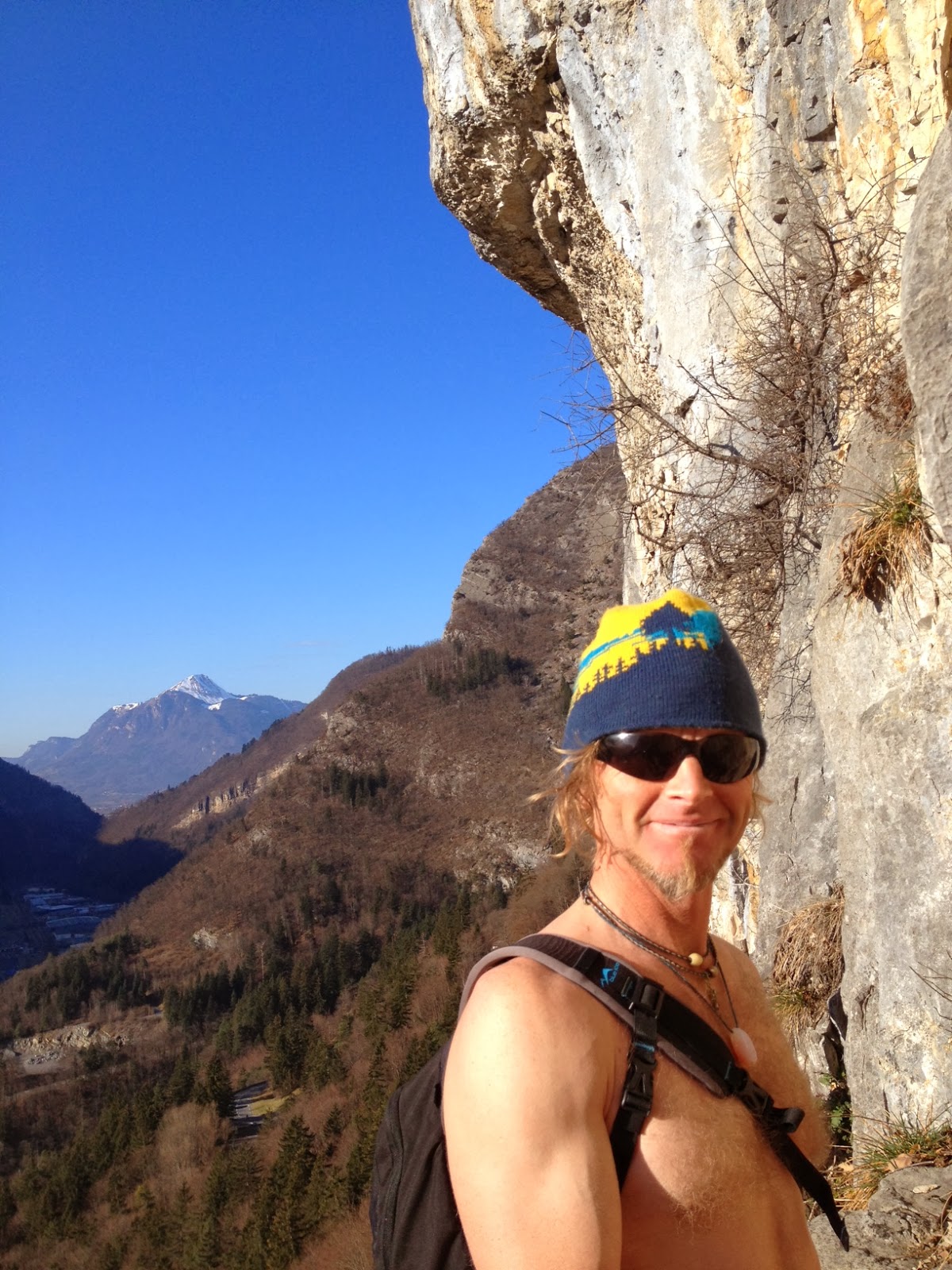 Warm and happy…!
No3, a "modern" classic - "Punks Not Dead" 6b and also 5 pitches. On perfect rock and with a nice enjoyable distance between the old bolts. So don't bother bringing 2 many quickdraws! 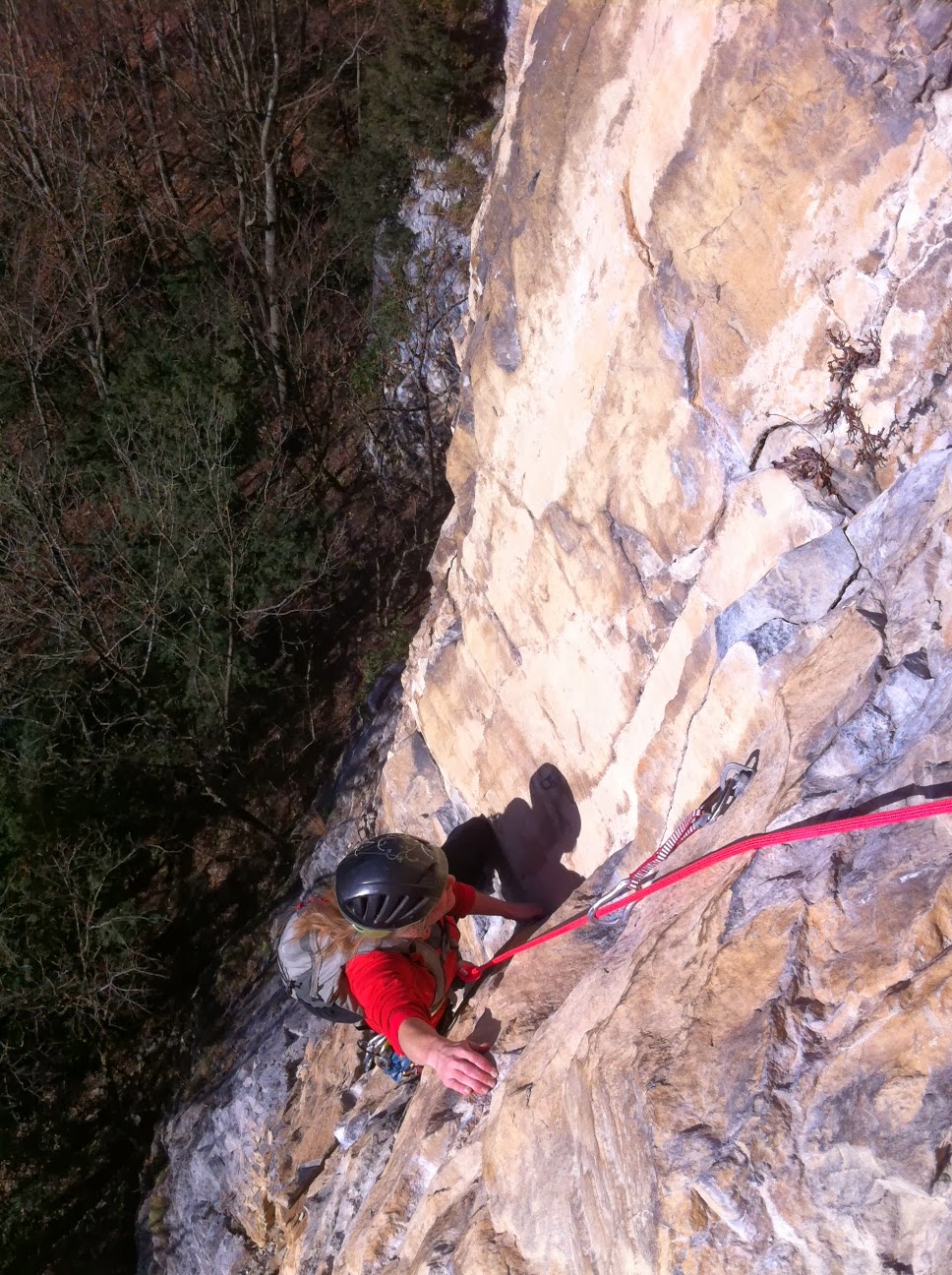 Pitch 1 on "Punks"
Friday 10 of January and +12degrees celsius, what a joke!
But on the other hand, I guess that is what makes this area massif du mont blanc/les Aravis such a great place! 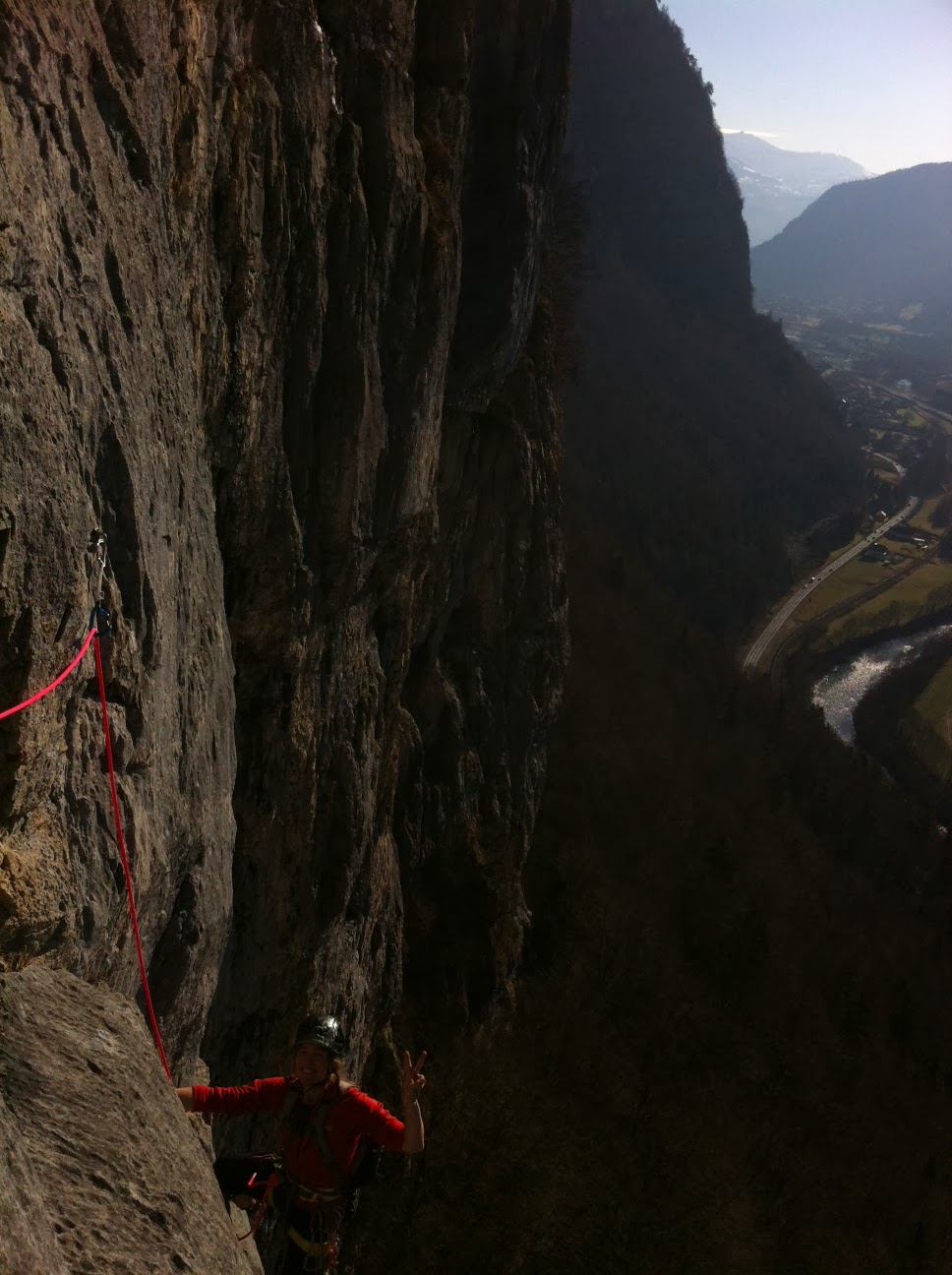 Belle belle
Just to make it a little more interesting I found out a little variation with a new bolted line. No idea of name or grade, but what a junkyard! Stay away in my opinion!
If you by chance find a hold that stays, KEEP to IT!
So after a middle pitch of this catastrophe we pendeled back to the Punk one. Taking old bolts better then loose holds 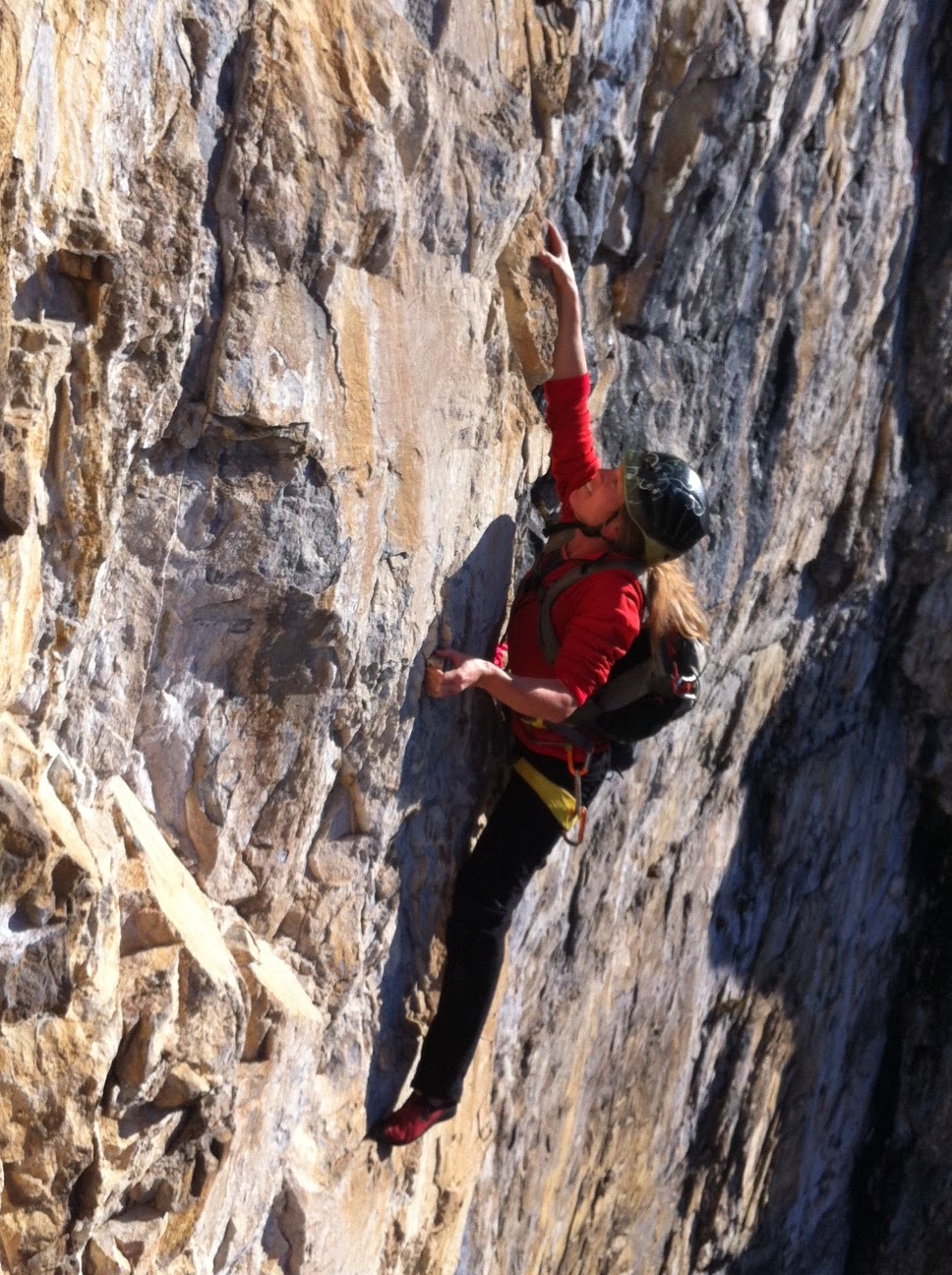 Anna enjoying vertical steep rock
Third and fourth pitches of Punk is both very beautiful climbing on solid rock and this day sunny and warm as well. And as always, very uncrowded… 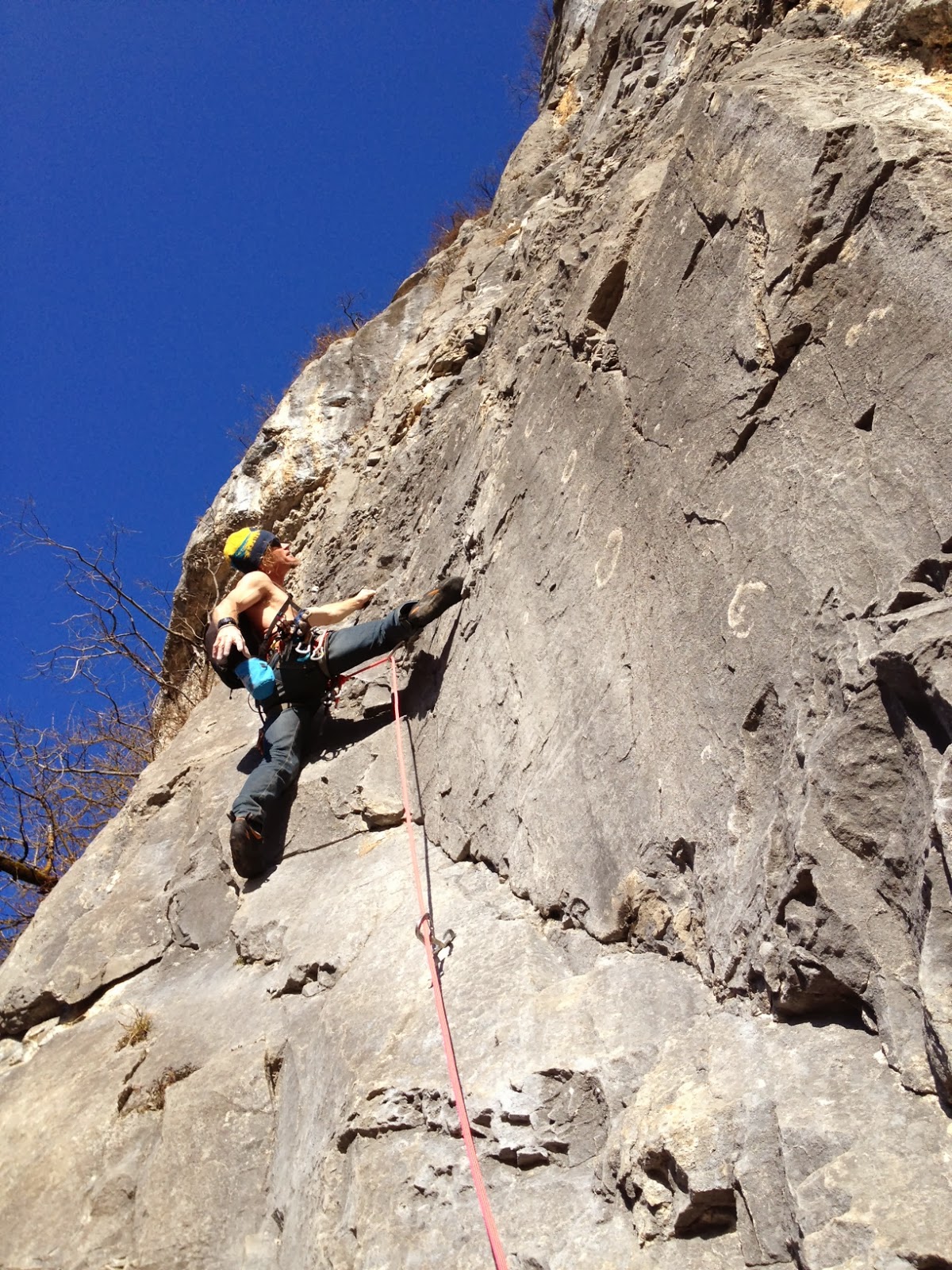 January in the Alps!
Finally, as everything has an end. Second last pitch and the little section of wet, it was wet!! bye passed and the summit fever made entrance! ;.) 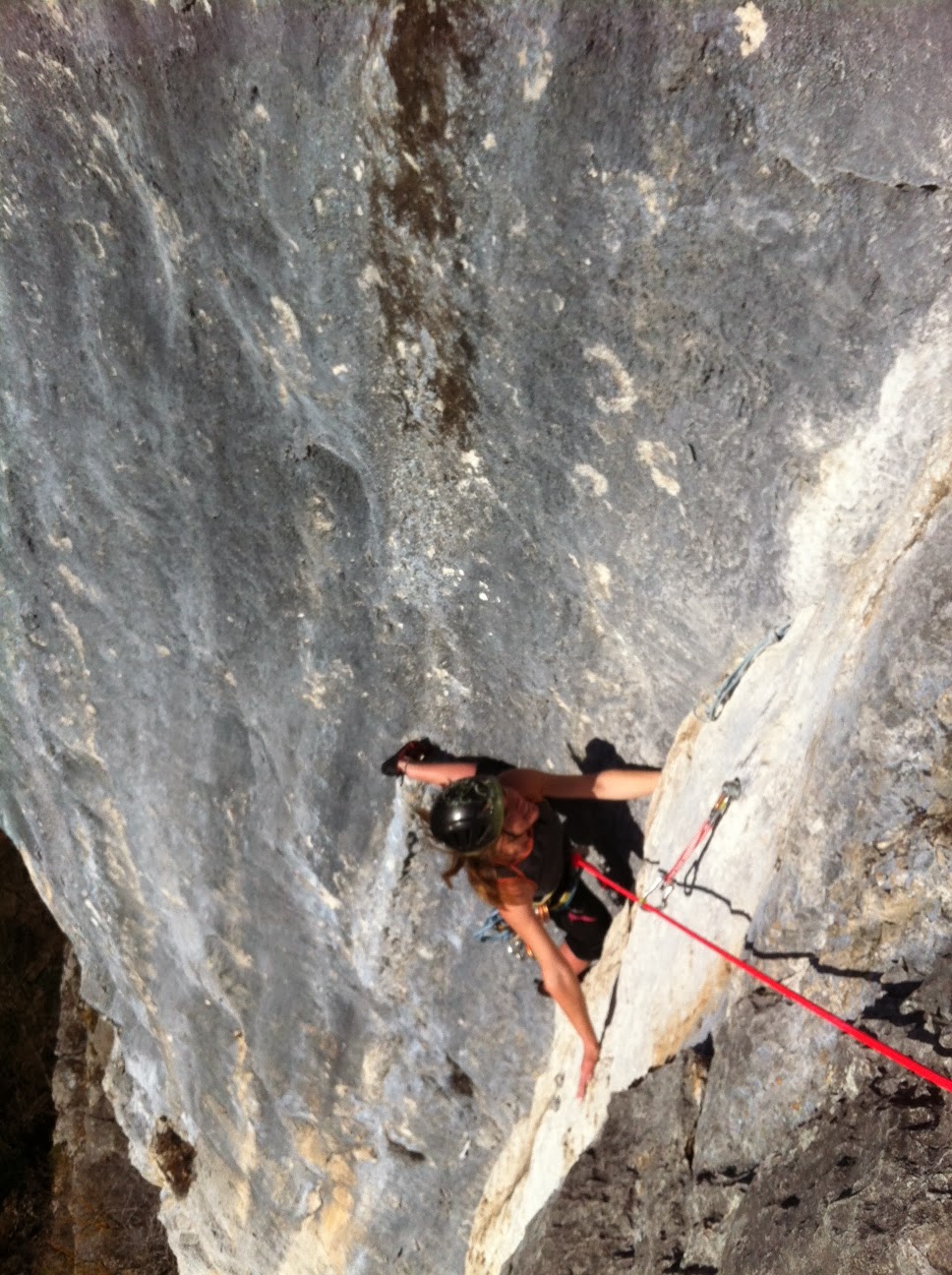 Anna on pitch 4 of Punks not Dead
This route has all new anchors and new bolts on pitch 4. Otherwise its the only issue on this one, you should be ok with the grade or just have a goldfish memory about the bolts. Overall, its a great climb as most of the Balme ones 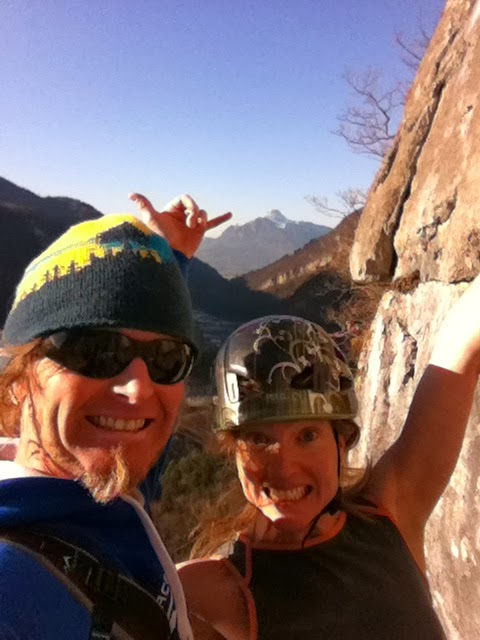 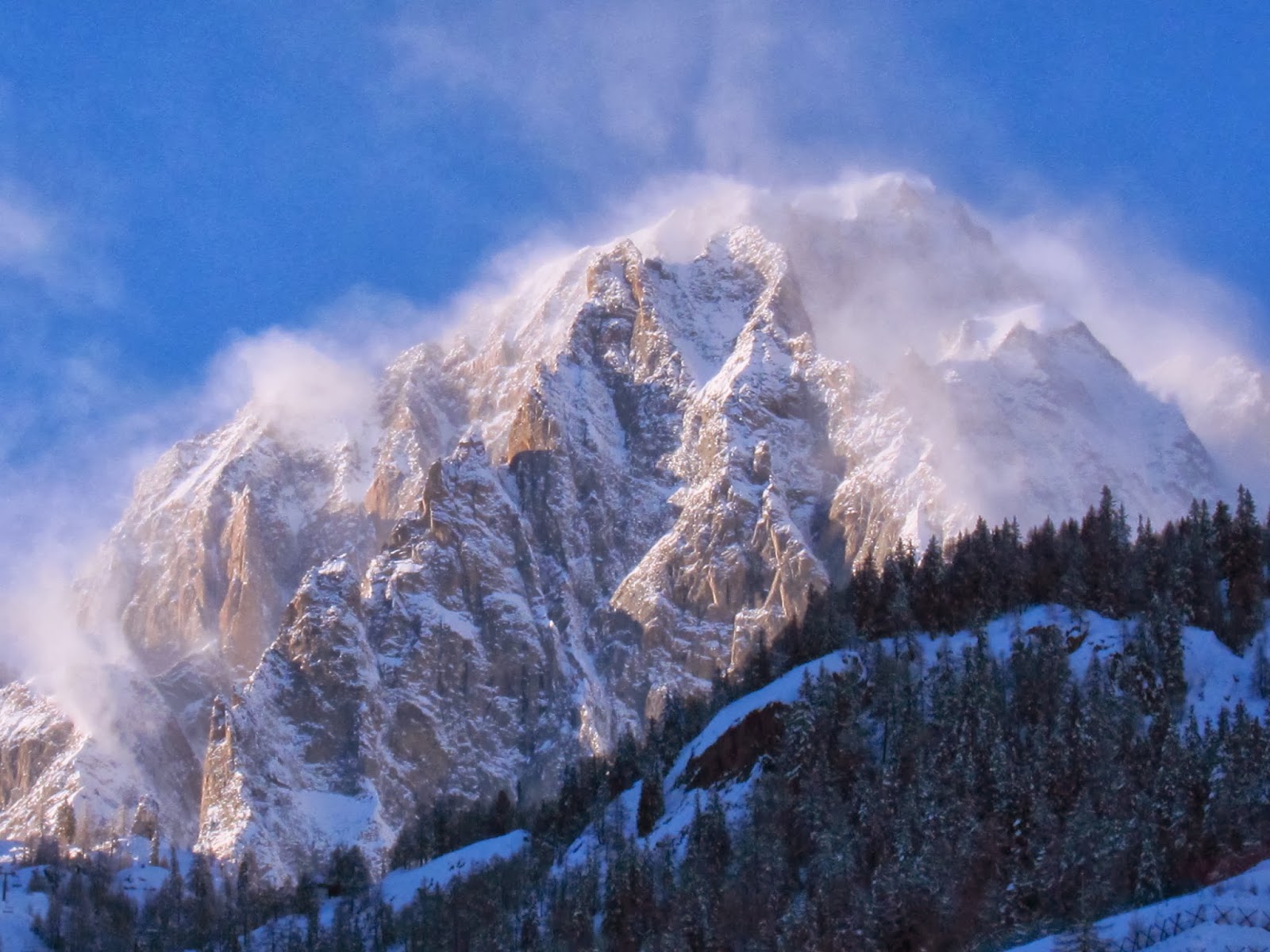 The number of casualties and accidents has made the Swiss montainguides to make an statement
-So much so that the Swiss Association of Mountain Guides held a press conference this morning prevention. A catastrophic situation, which unfortunately has very little chance to improve with time 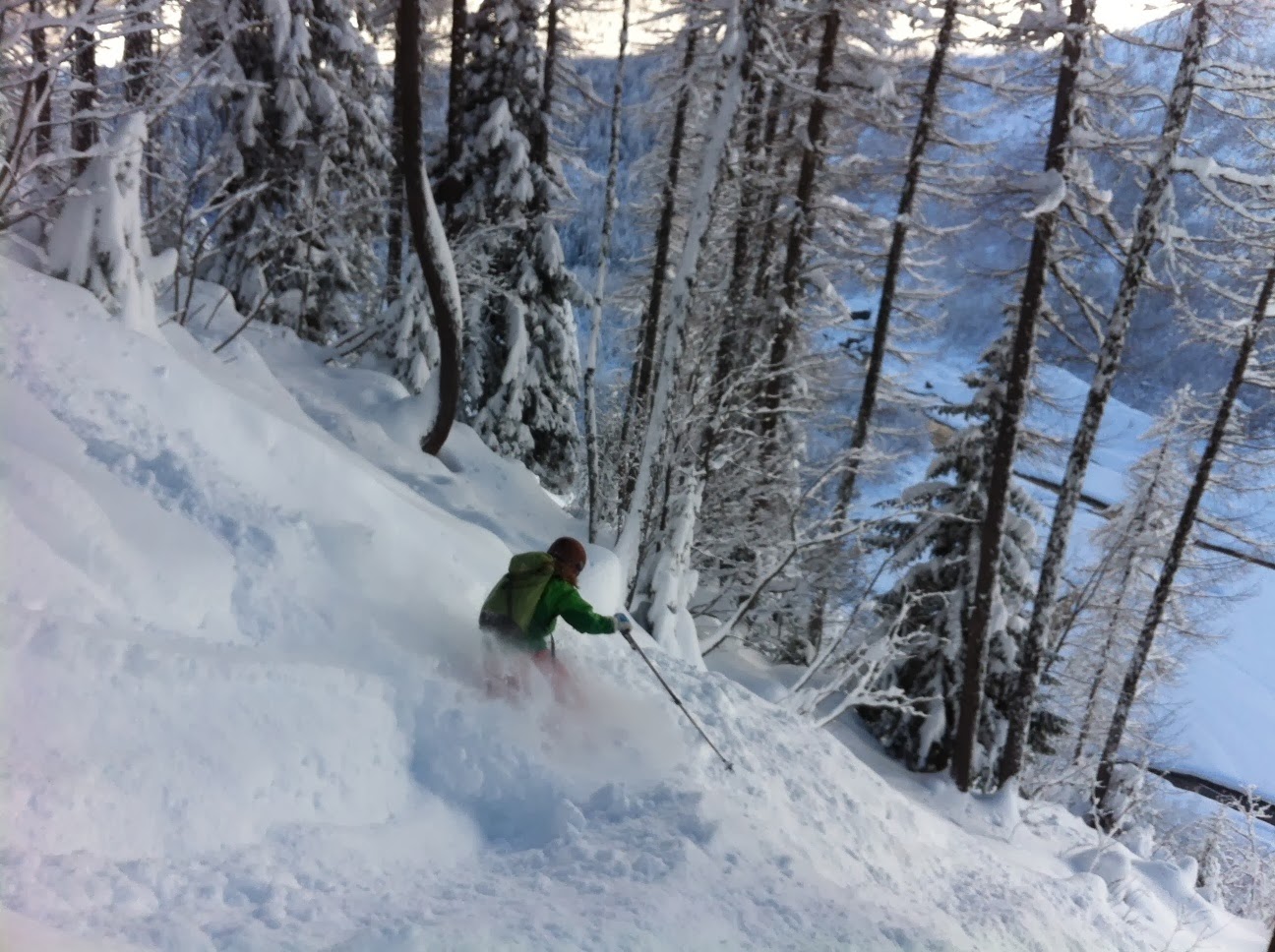 The bad snow situation has appeared caused by the early snowfall and cold temperatures, which kept the snow unconsolidated and still though it has been very warm the situation has not improved the weak layers. Which now most likely will just stay buried under the hopefully big snowfalls to come

During 5 days seven people was to be killed by avalanches and sorry to say but this number will most certain raise in numbers
But, by sating away from north and northeast/northwest slopes over angels of 30 degrees and these big bowls of snow. That would keep up the good speed for safer days

More to read at Faites-gaffe-disent-les-pros 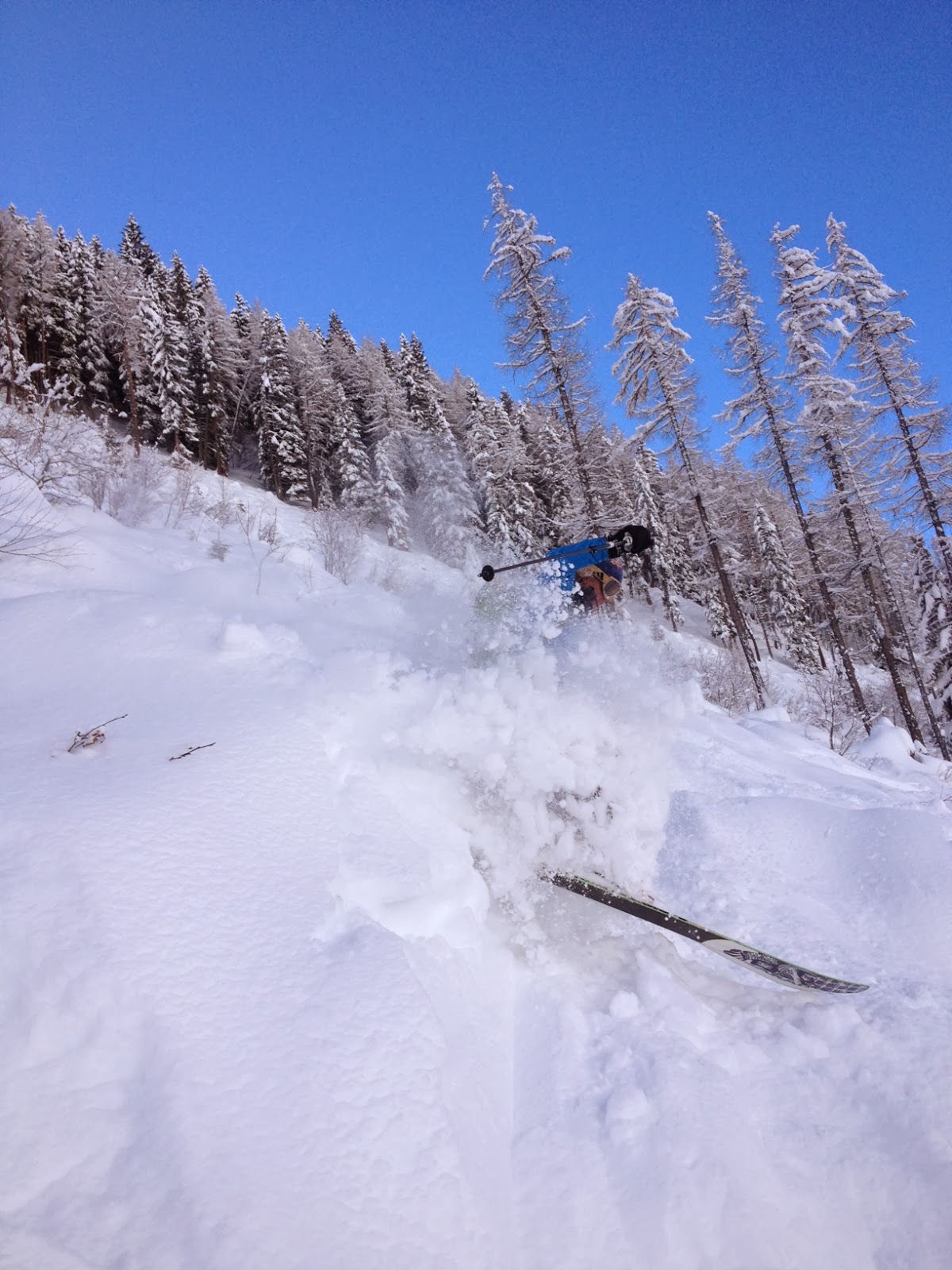 Or, just staying around the areas with tree skiing..