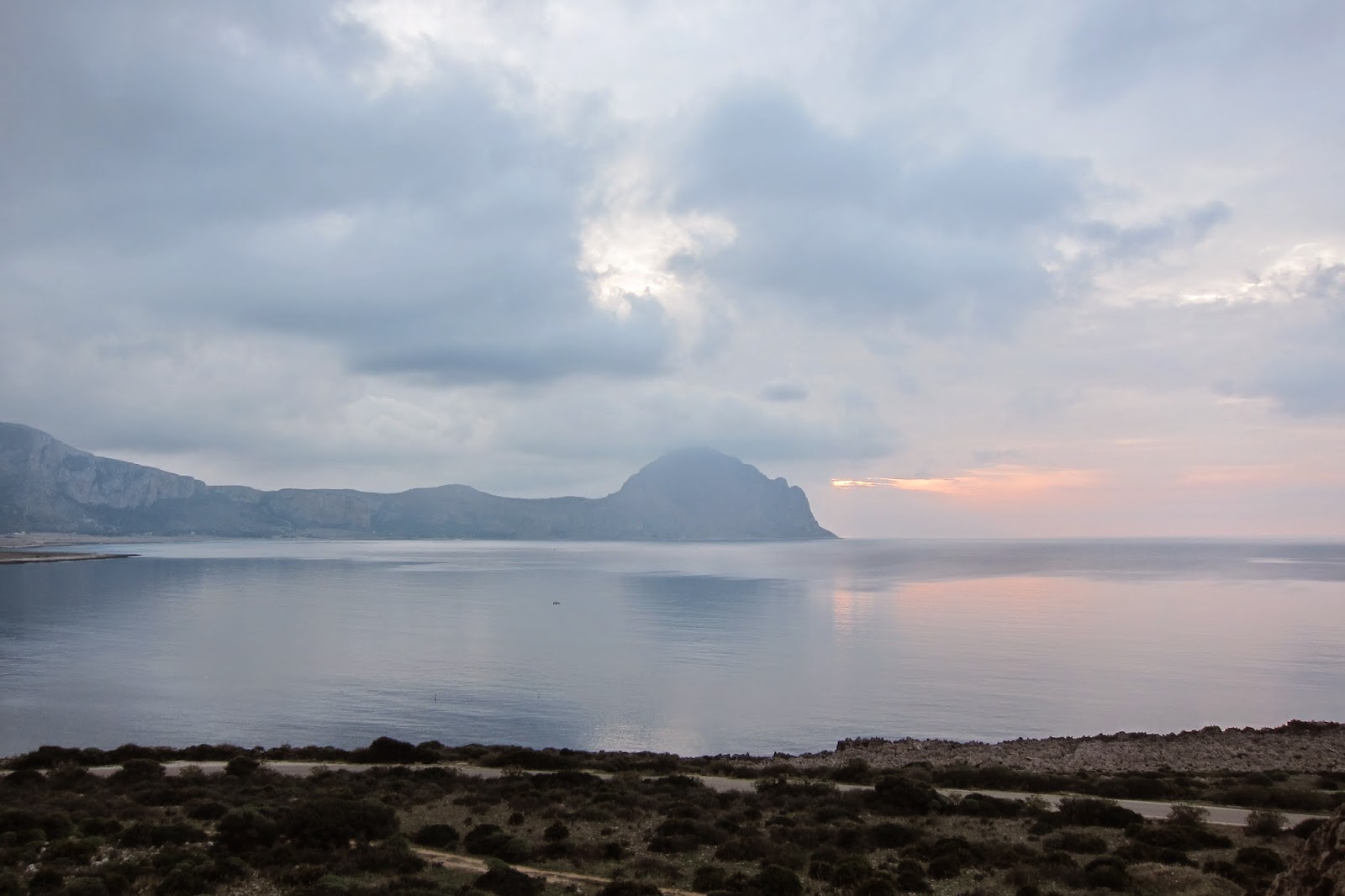 An early morning with a morning swim in the mediterranean ocean after a last day out. Last day after yet an other full week of climbing. This time on the steep Sicilian limestone around San Vito Lo Capo - rocca di sole 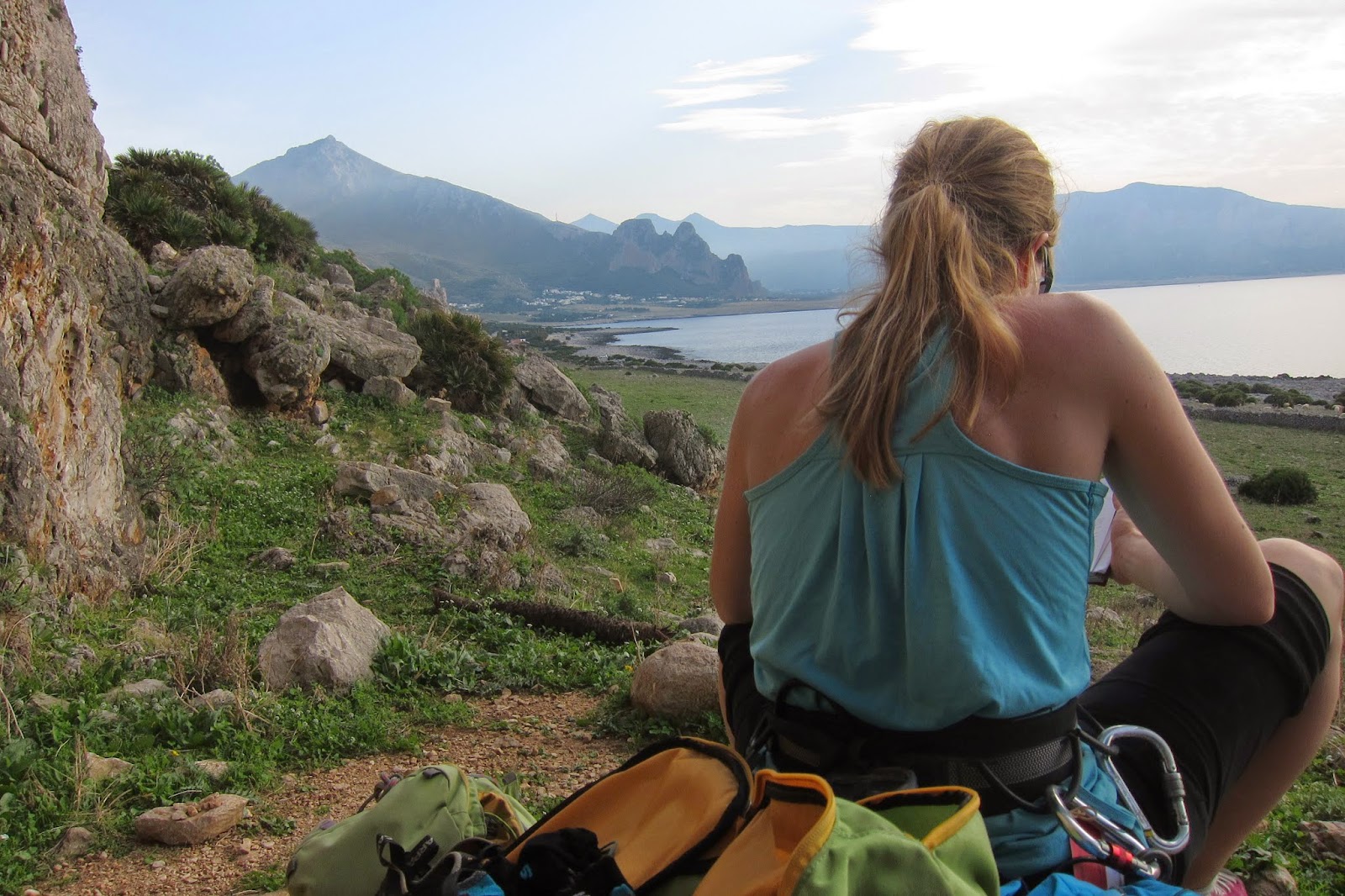 Planning the next one with a sea view

We made a trip here 10 years ago and the climbing has definitely been developed since then. The only problem is that the local community don't seem to have realized its potential as a climbing destination
So the bolting is only supported via private founds.
The sea near cliffs has a big number of perfect easy accessed well designed climbs on steep overhanging walls with featured rocks and tufas.
Often close between the bolts and well protected in that way. 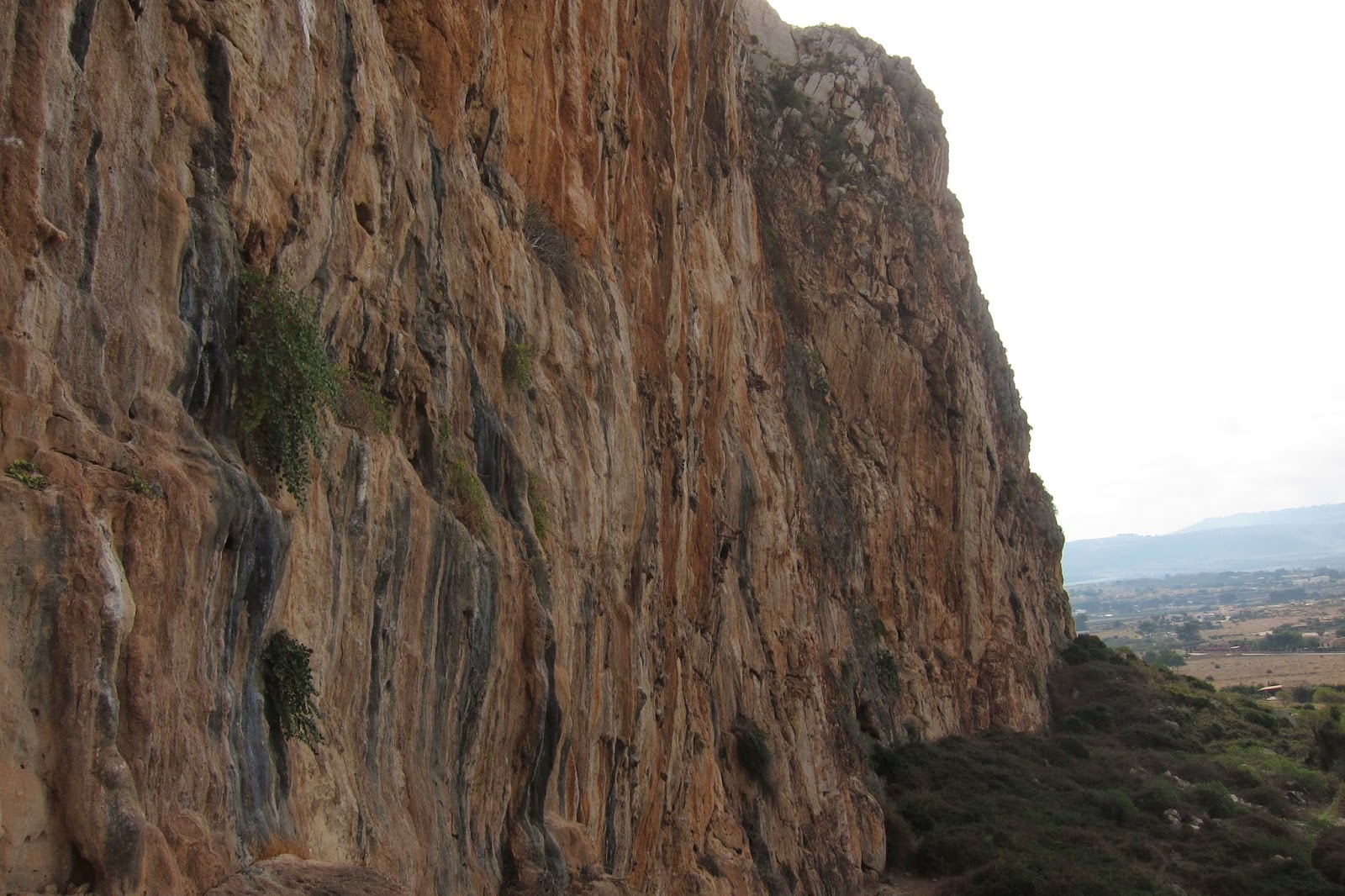 But the other side of the coin is that the bolts is highly effected by rost and a route can quickly become unclimbable because of the highly concentration of salt.
As I went climbing up "Bella Susanna" I actually had the information of the quality of the bolts and anchor, it was BAD! But since I till thought "can it be THAT bad? But after passing bolt after bolt with one looking worse then the other, it sort of takes the joy out of it when one start to think that it soon can become a zipper in the case of a slipper! But it a least keeps the mood up of not failing. But once a the anchor and that is shining even worse still, well it ain't just not worth it. Sometimes it is possible to lower to an other anchor on the way, but very sometimes that is! 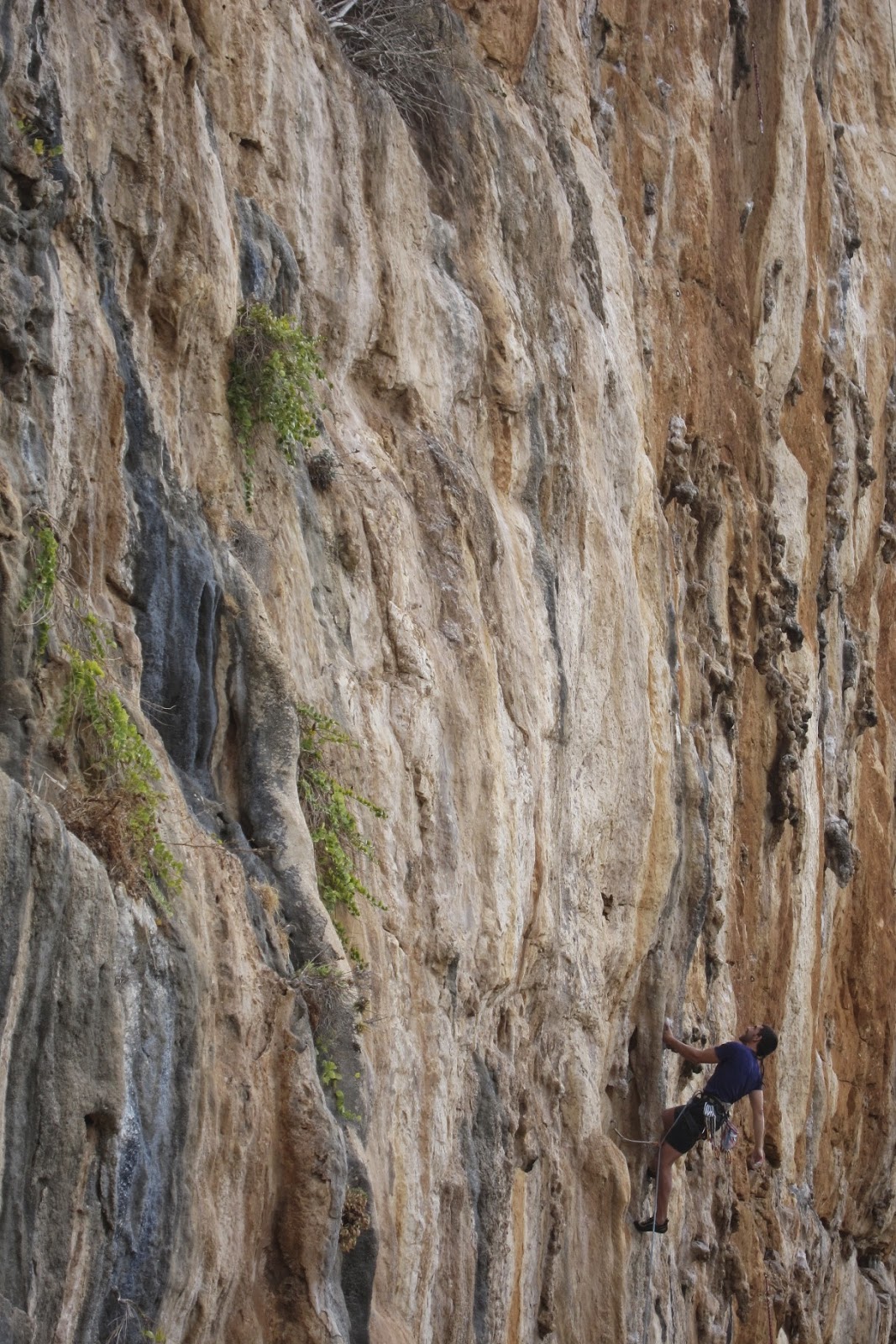 The stable weather makes it perfect though for a holiday trip destination in October - january with cheap flights into Palermo and cheap apartments for rent in San Vito. A sleepy village/town that has about 2000 habitants during the winter months but hosts up to 80 000 in summer!
San Vito is about 90km from Palermo and takes 1 1/2h to drive. Once there the different climbing sectors  is in about 5 - 30minutes drive away.
It's also an opportunity to stay I any of the other smaller villages around specially if you anyhow plan to do the cooking your self. Which sometimes is almost a most since the numbers of open restaurants during the week in a November month is limited 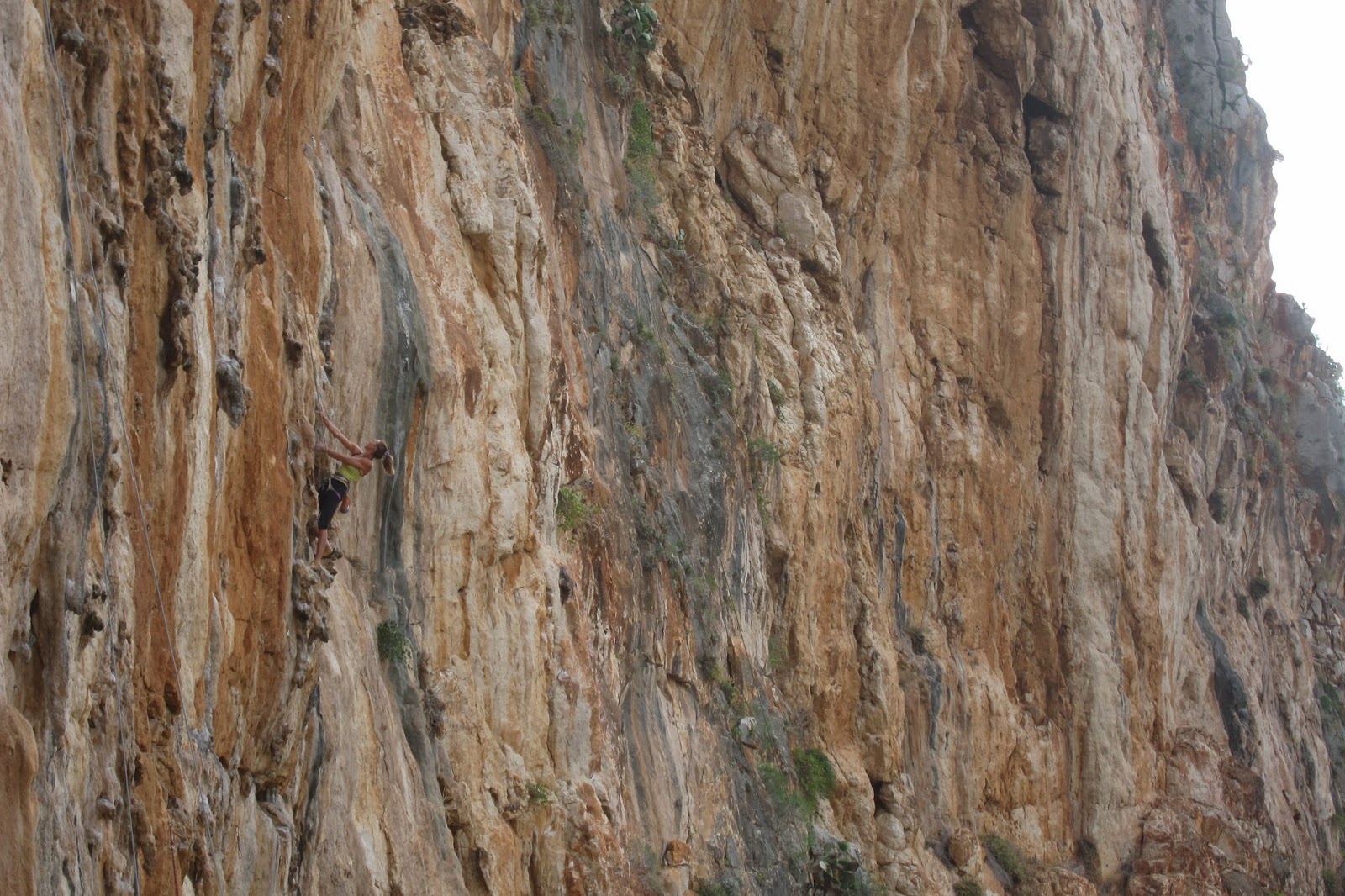 One of the most greatest lines, "Tears of Freedom" 7a+

The different aspects of the cliffs also makes it possible to plan the whole day in the shadow. The Süd Italian sun for sure still keep the heat up for a Scandinavian so the south facing walls quickly becomes to warm on a blue sky day. But often with a bit of wind and some clouds over the sea it stays ok in all aspects. The risk of having a week rained away is close to zero! 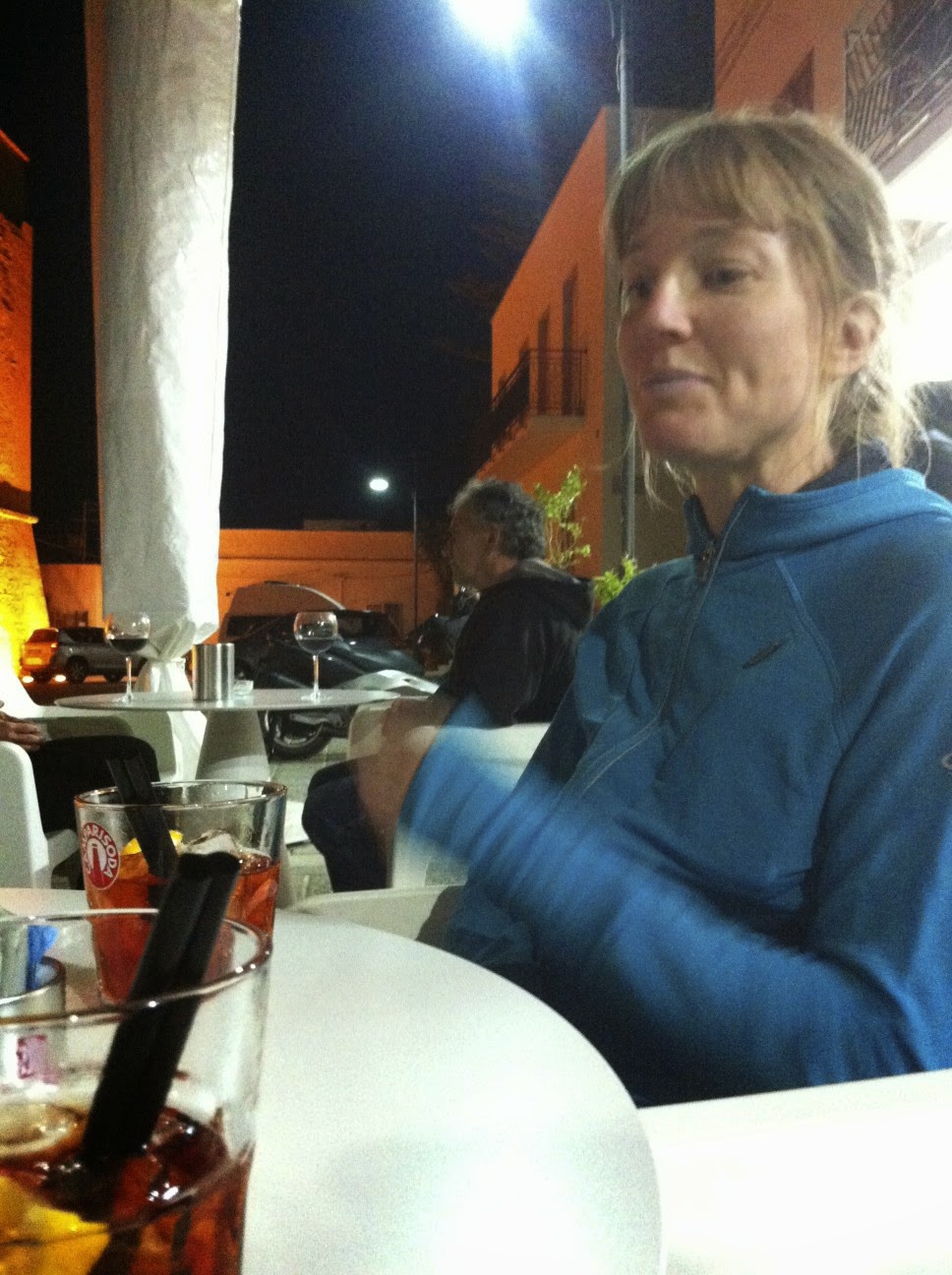 Planning the next one, in the mood of Negroni

Most of the routes a single pitches in a traditional Sport Climbing genre. But many of the routes are quite long so finally we even got use of Anna's most humorous 70mts rope!
To recommend any routes is difficult since there are so many. Talking about humor you can get a tomato idea in the topo made by "comedian" Harald Röker and Co
But a visit to Cinema Paradiso sector should be on the schedule, all routes are just good
Same with the Never Sleeping Wall and Rocca Di Cerriolo 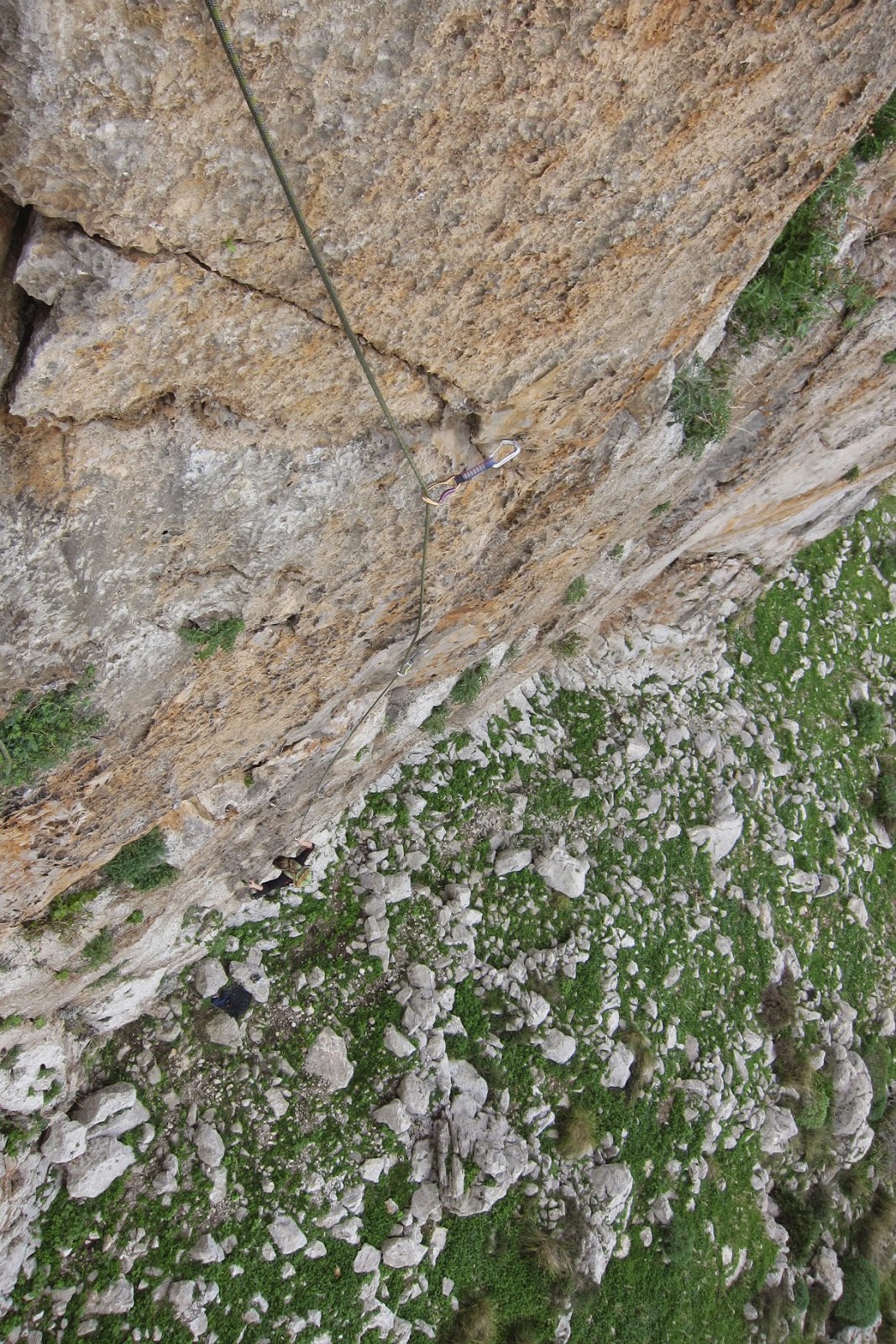 And on the plus side is also that there is a number of multi pitch climbs on Pizzo Monaco, with the named town it self visible in the long distance, climb up and check it all out. Good quality 5 to 10 pitches routes which most of them are semi bolted so a set of nuts and cams are useful. 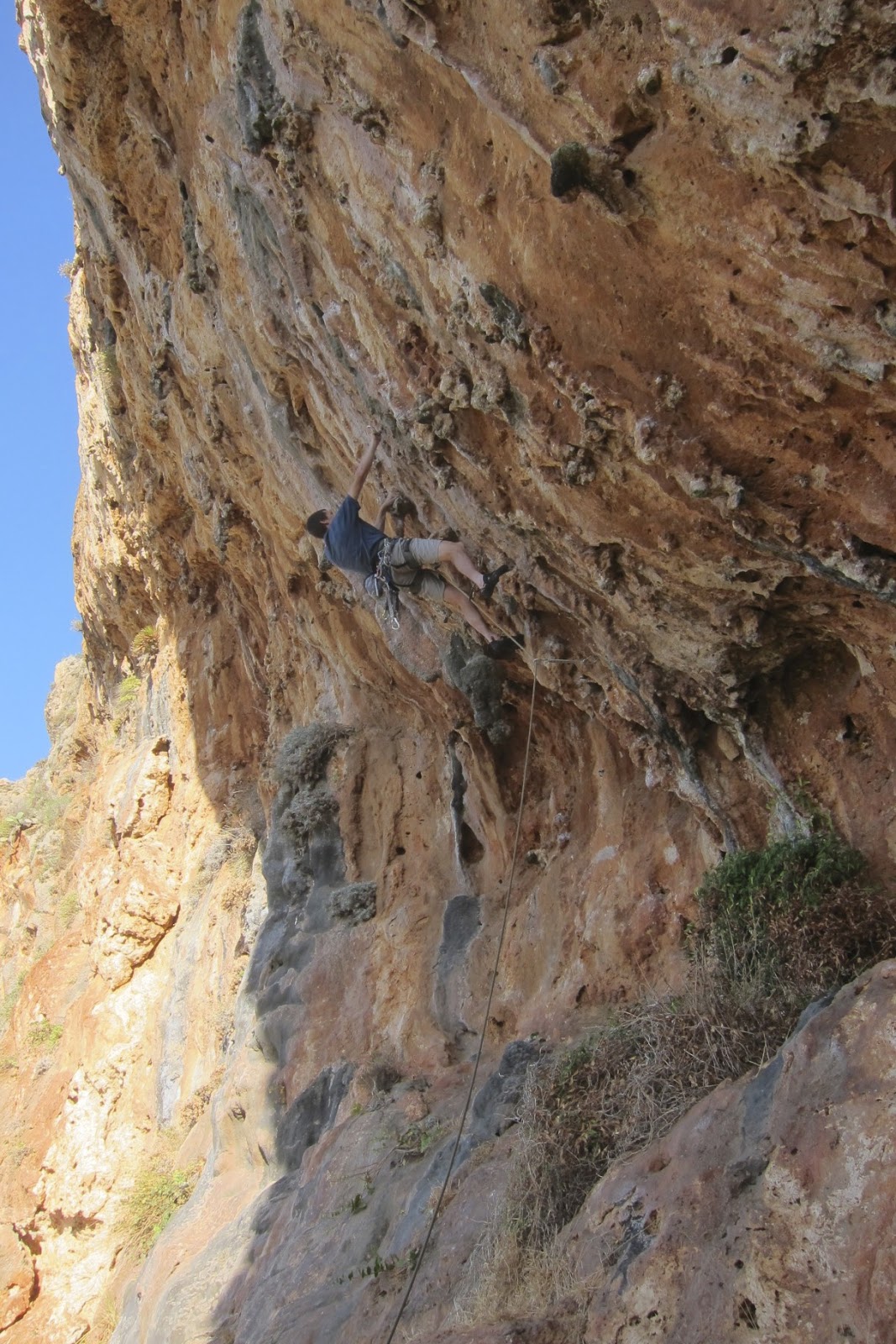 A bit of adventure if you say were you won't be in any traffic jams with other climbers most certain
Since the whole place is small and quiet it soon gets a bit familial, since you learn to know the people quickly. All the climbers, the few amount around, the waiters at the bar,s..and the gelato places. An other thing those Italians know to produce! So for a coffee fan that like ice cream like me, I'm sold on this place, also!
And the house prices isn't to high, if you just can stand the mass of people and hot temp summer... 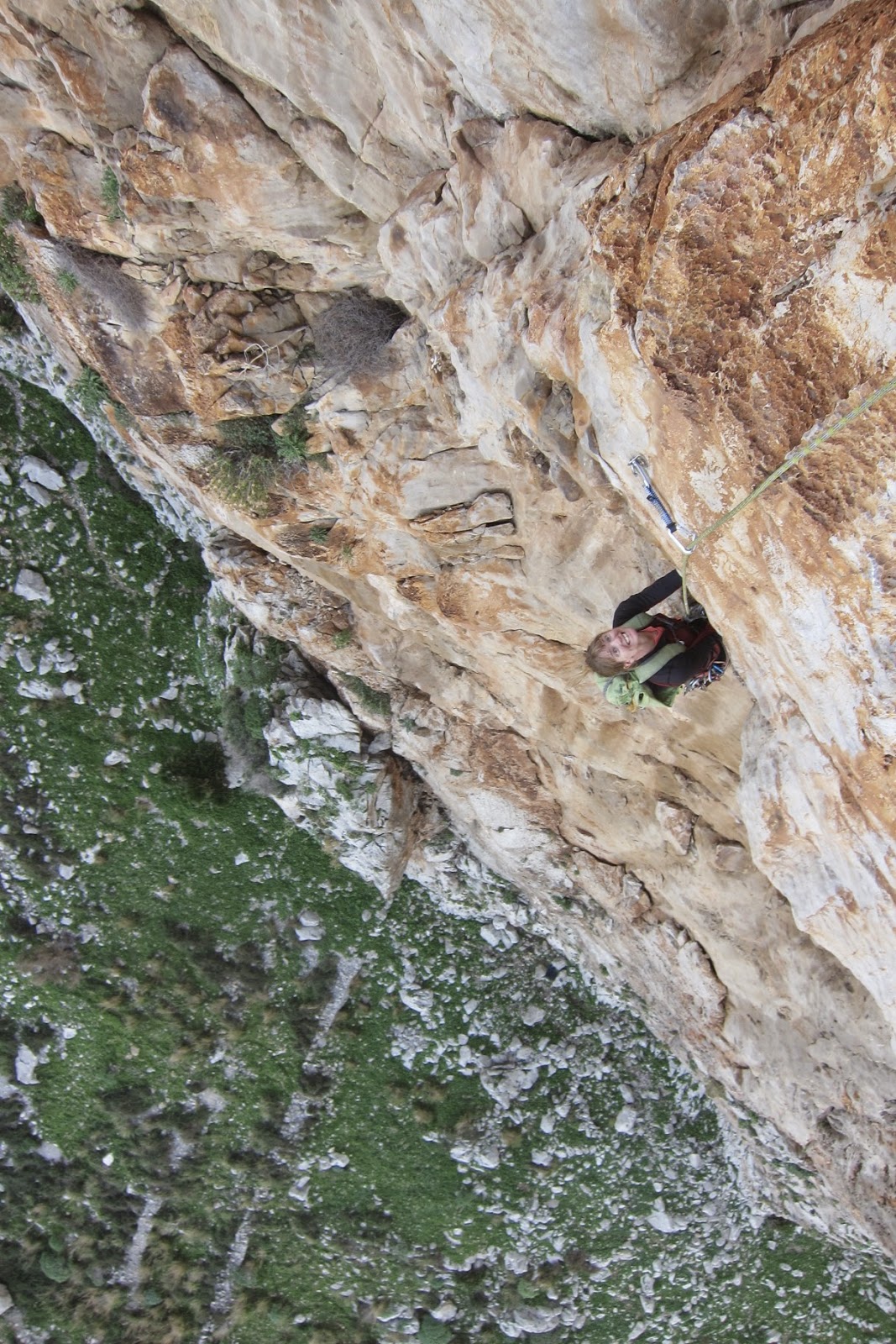 To stay
San Vito lo Capo, Macari or Custonaci
It's possible to find apartments around 250€ for a weel
Camping at El Bahira, http://elbahira.it
Wild camping is tolerated and the ideal spot is below sector Campeggio in a deserted campsite with trees for shade (no water) 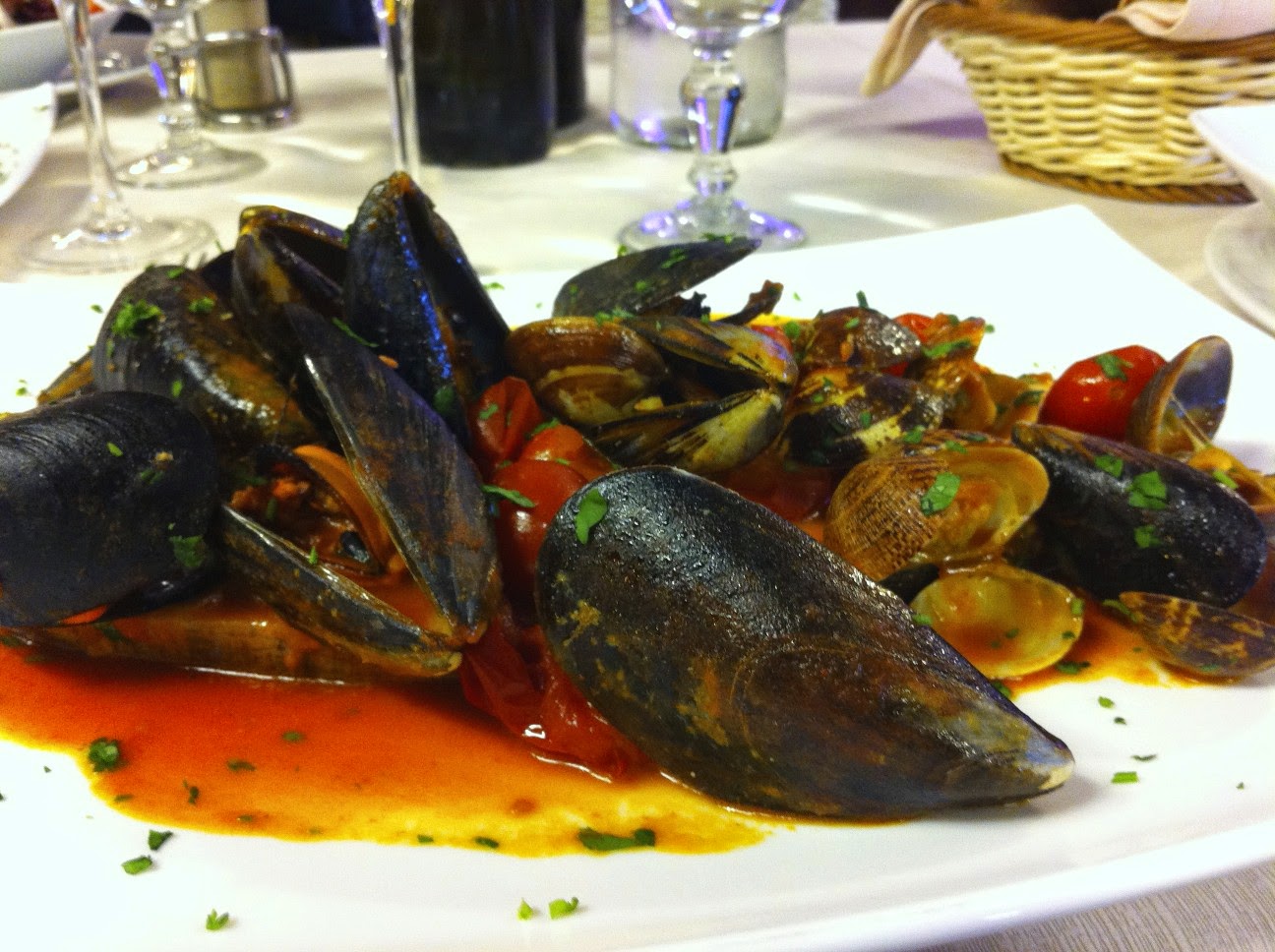 
Equipment
Bring slings or cord to secure the rap / belay stations!70m rope, 15QD's minimum
Small set of mid size nuts, cams from green Alien to no.2 Camalot works most of the time
To be on the safe side, power drill and stainless 12mm bolts! 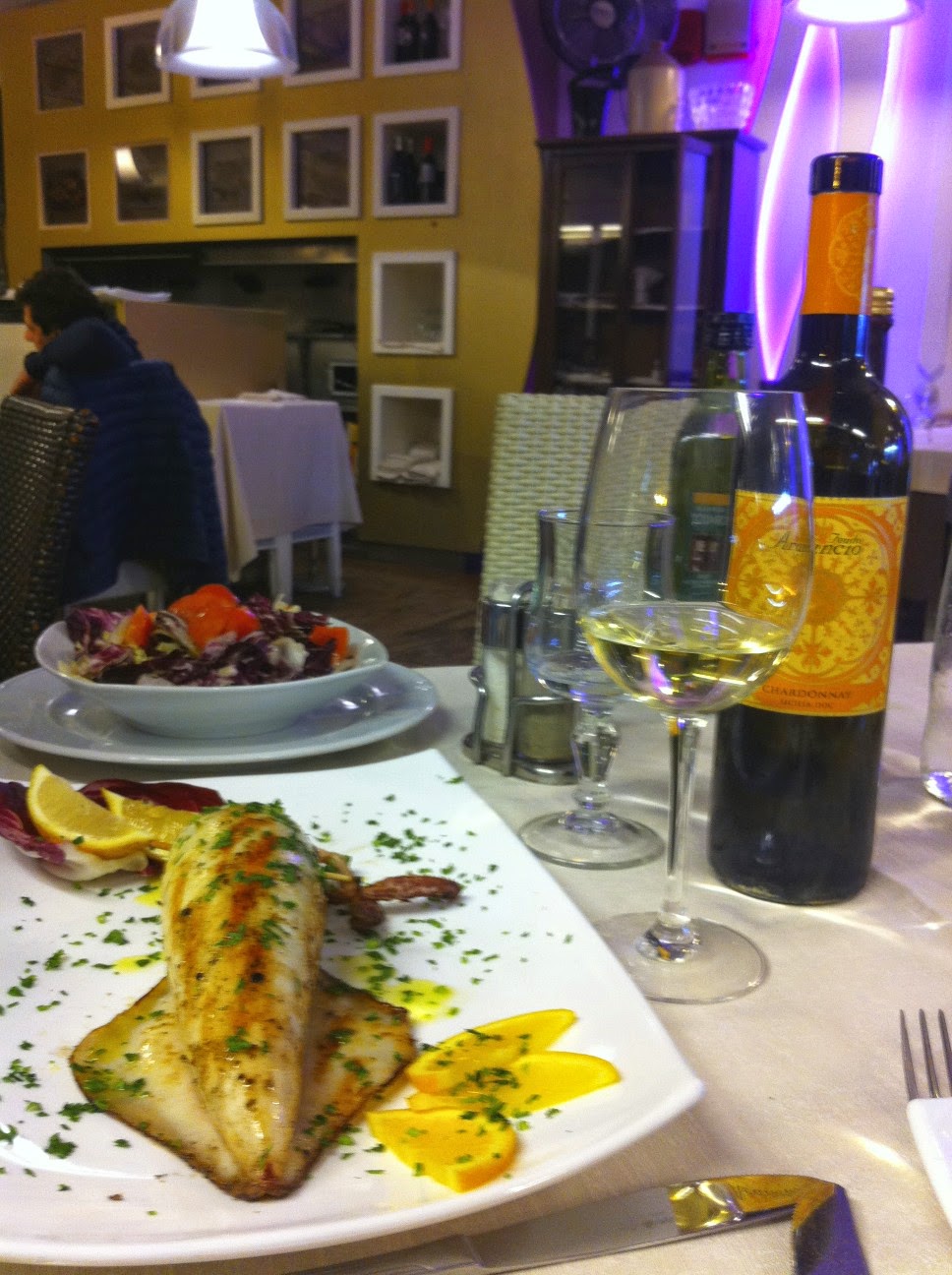 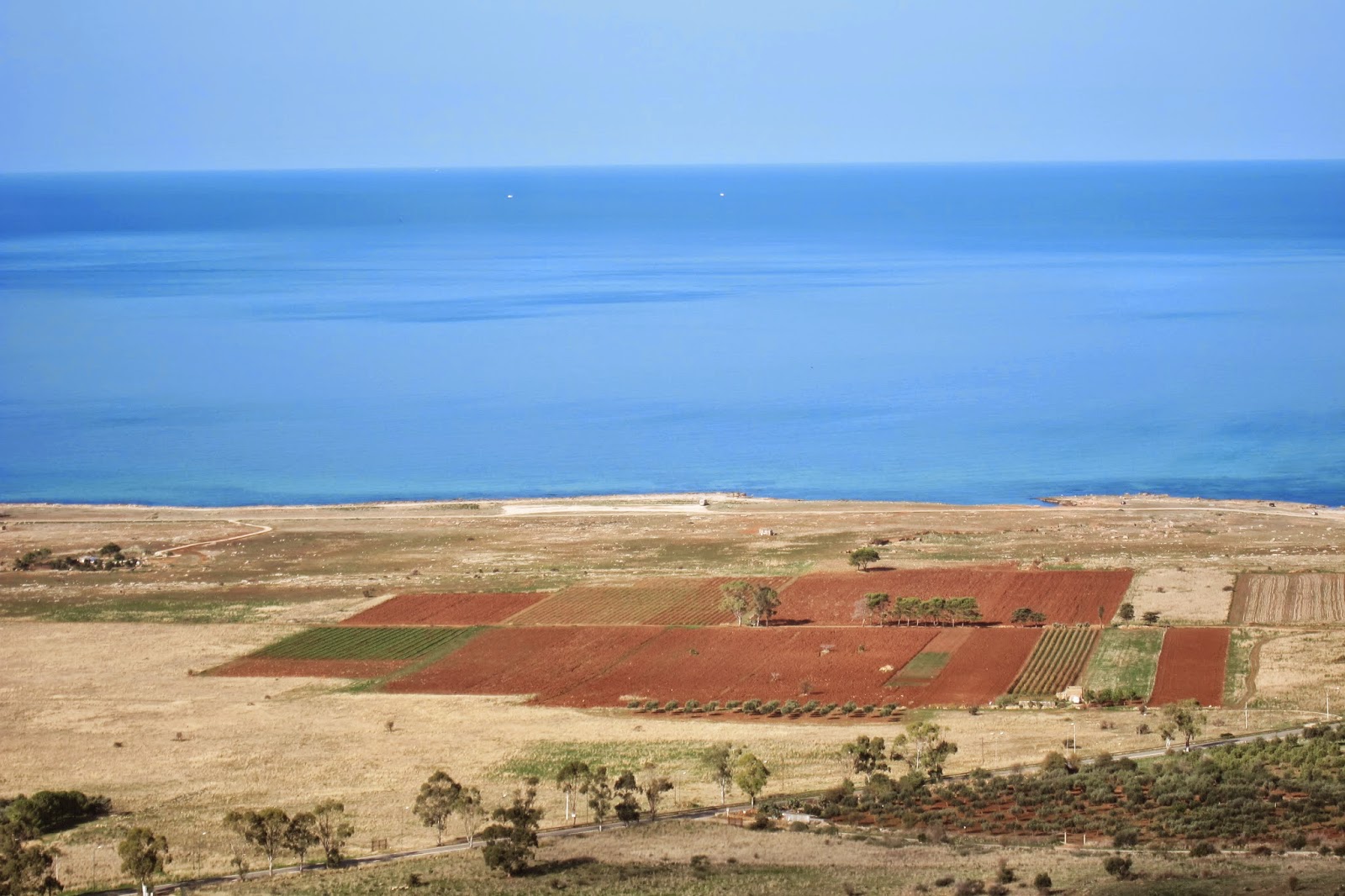 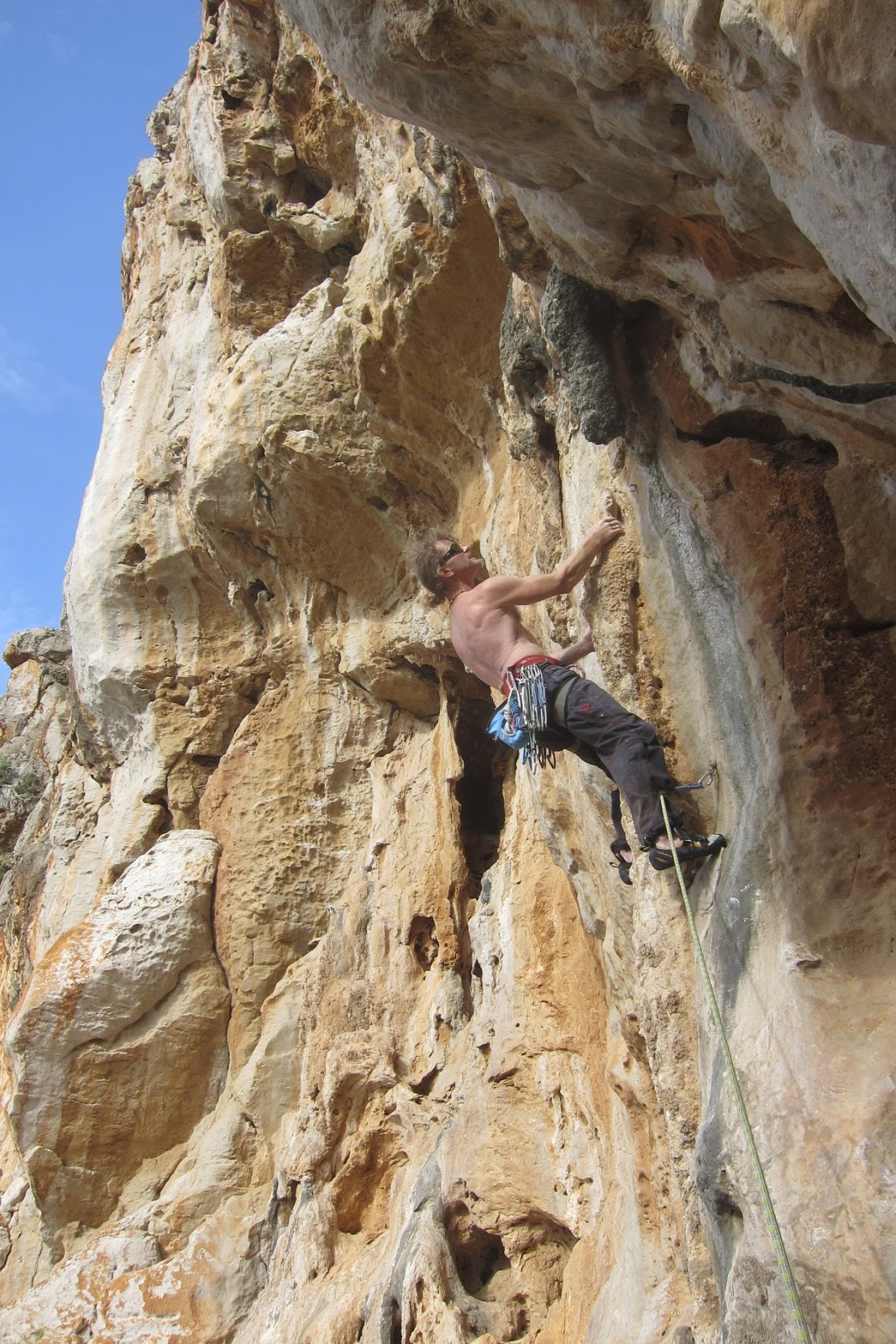 Never Sleeping Wall*** one of the best walls around San VitoBella Susanna, 7a+. Great climb but the bolts and anchor is very very bad. Look out for newer bolts/ rebolted or stay away. 32m, 13 QD'sTears of Freedom, 7a+. The best line on this wall. Tufas en masse. 35m, 15 QD's 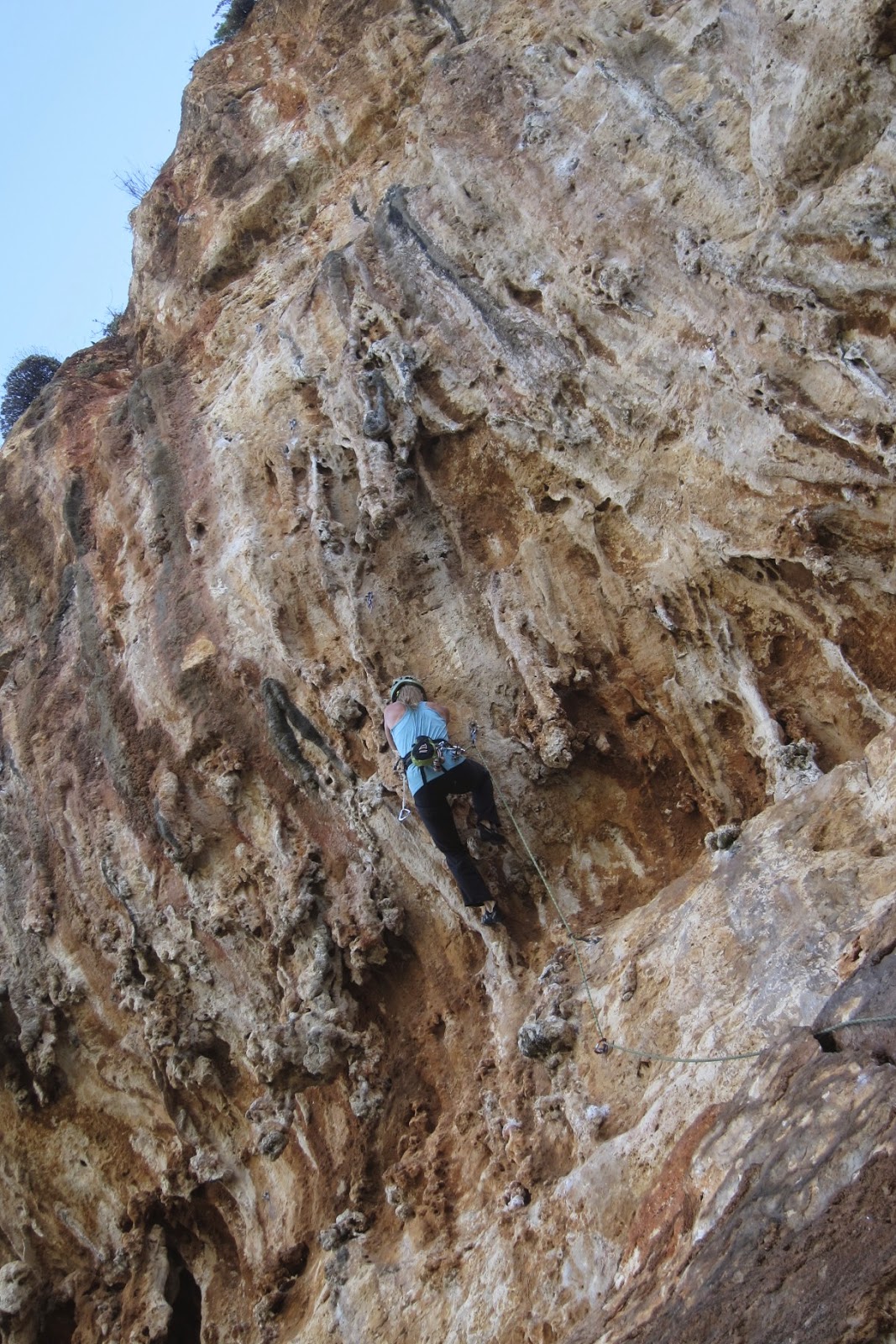 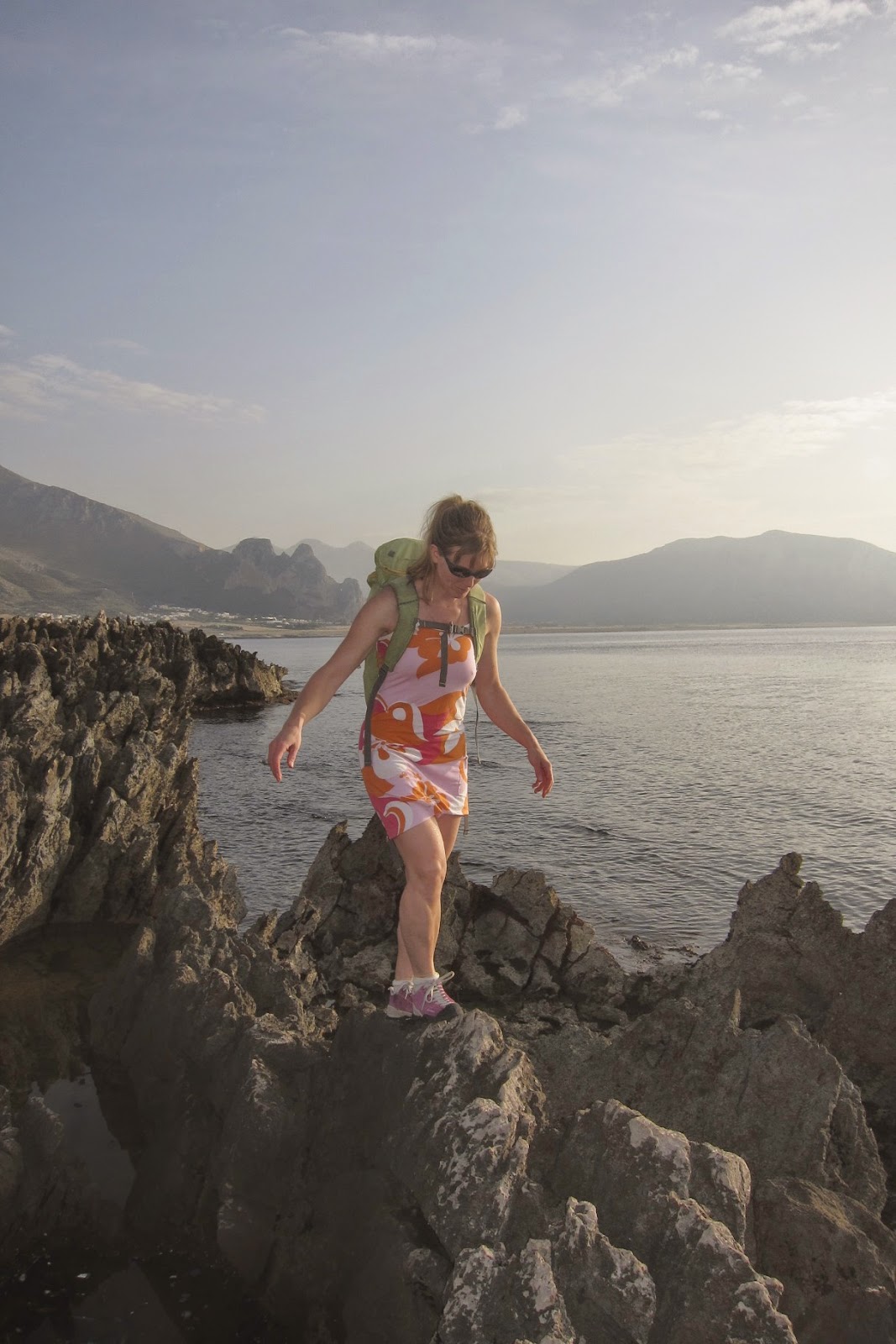 //On the beautiful trail I am