And there is climbing for every weather and body... 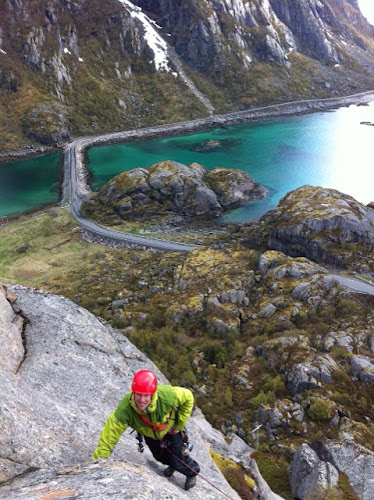 The magic at its best, Daniel Backman on lead at Pianokrakken
The journey from la France to this heaven of granit is a bit awkward but well worth the trip...even when the weather is a bit mixed up like this time.

Actually I didn't use any of the chalk in the refounded bag, from an other climb remember?

Anyhow, the 5.10ns friction shoes went one ones for a classic climb up Svenske Diedret, a great corner at grade 6 and one of the top 50 routes around. 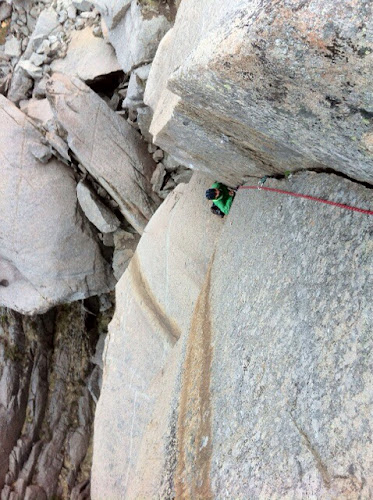 Tovo Spiral, workin on it And still dry!
After this warm up, a quick climb during lunch time, the Norwegian weather showed its worst side, with rain and snow on and off during four full days, mostly on actually! So in pure desperation I just have to go and do a bit of bouldering up some steep overhanging cracks, gives an other dimension to the sport sort of. 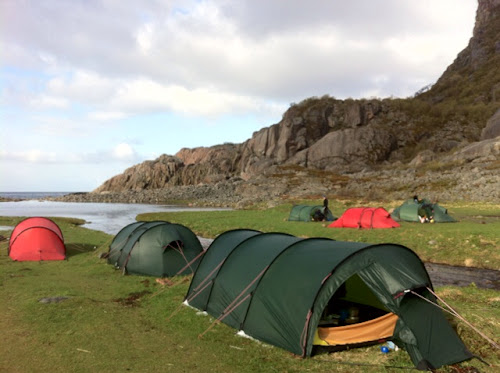 Kalle, a great camping spot on earth, tent with a view! 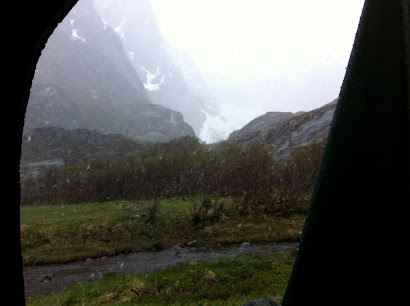 But we was able to flee out between the showers and get a couple of climbs, even though some of the routes was climbed in full on snow and hail showers:-) 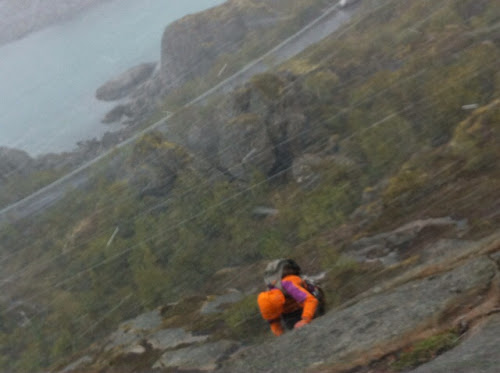 Workin on a slab in hail and snow
After a certain time of hours in a tent, even a big one, the time tend to be more then just boring... And even with a bit of fresh snow outside it is better to try and fail then not and hail!? 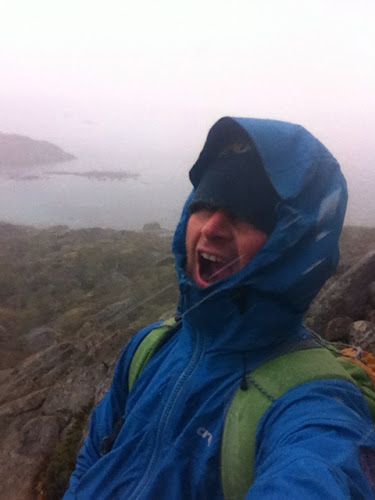 Belay in the weather
So said and done we walked out to the car and drew over to the other side of the half island to have a "look see" With a bit of spell in the rain we decided to take a shot a one of the most classic routes, Piano handlare Lunds Rute" a grade 4 super classic. Which I have climbed many times before but never in big shoes and gloves, so a bit of challenge still. 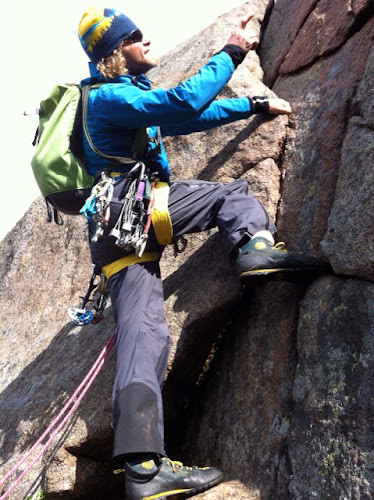 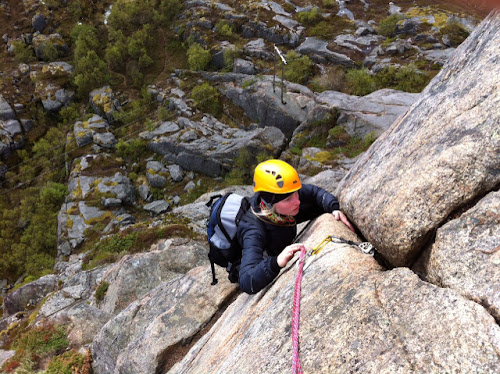 Lofoten and it's amazing cracks...

After four mornings with the alarm clock sound of rain on tent fabric the mood tend to get a little off. Specially when it's a couple of centimeters of pow pow outside the "door" But, the good thing is that snow is less wet then rain...?

And. An other thing is that this place dry quicker then anything else...almost. 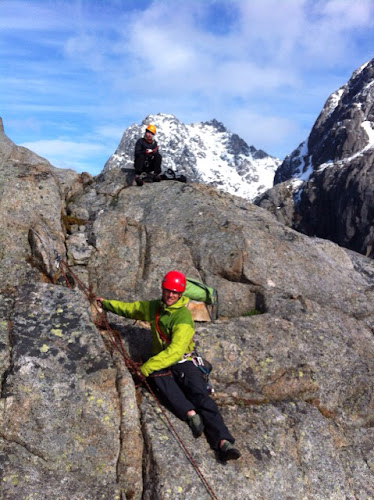 A top Krakken after one of many variations of reaching it

Last day last and it's time to point the wheels an partir de retour de avion.

Not so many routes as hoped on, but still a taste of its potential and since I have been so many times before, I know its P 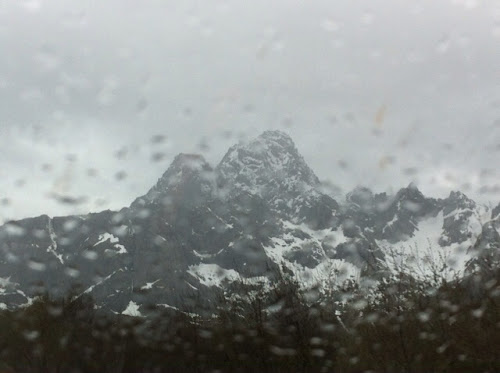 Easy to leave with weather like this outside the wind screen, Våga Kallen - Lofoten magic islands