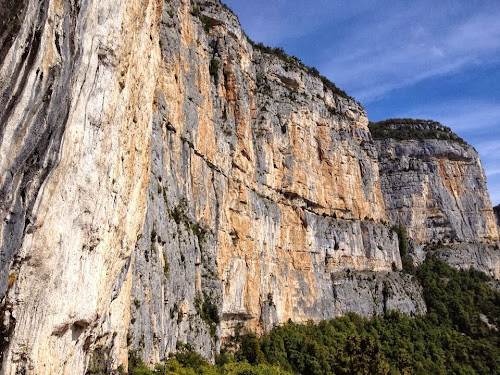 After a loong week with rain, rain and more rain the only reasonable plan was to head south, to get some decent sun on the skin. After a no from our premium plan, Italy. Cause of a closed hut, we quickly rearranged in the hallway and headed for Presles in the heart of Vercors. 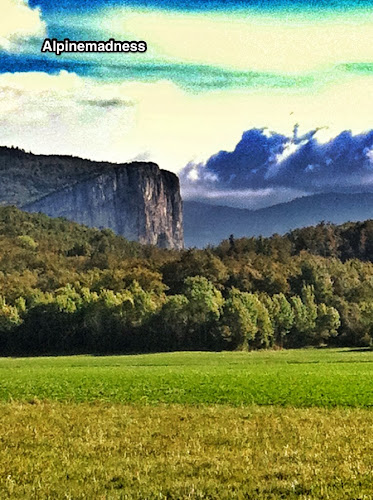 At an altitude of 800+ it's low enough to stay warm during most of the year. During the summer it most be way to hot, specially since the limestone walls are mostly south facing. 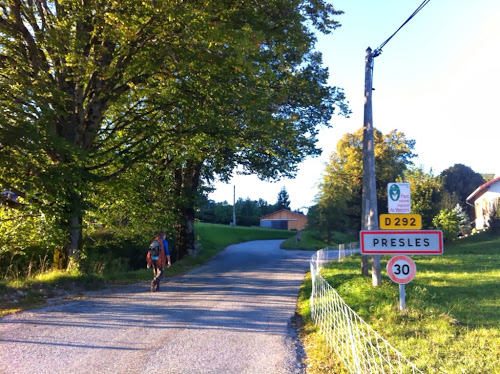 The village of Presles is very picturesque and very small. If you don't step on break in time, you will miss it! 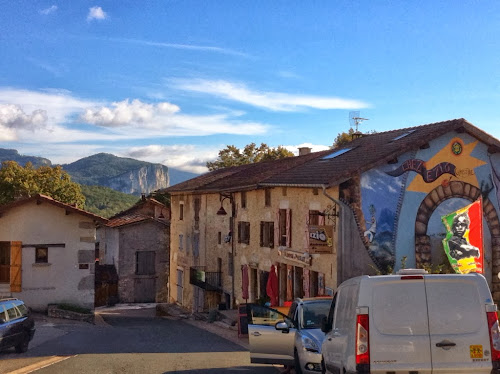 Chez Ezéo, Presles, always velcome, if it's not to close to closing that would be...

To give any advice regarding the climbs is difficile, mots of the climbs are 3* and above. But, take care of reading about when the routes are put up and by who. The "bomb" signs in the topo "Escalade a Presles" made by Dominique Duhaut is very accurate, even though the pictures leaves a lot for the mind 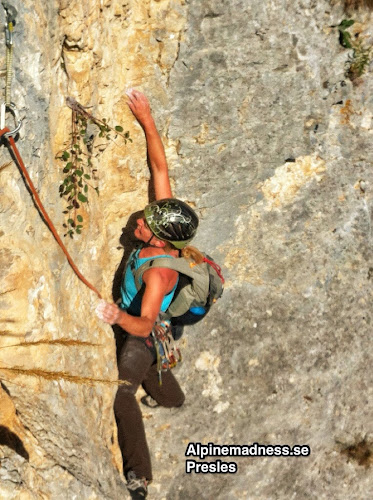 For hot mid days or afternoons a ballade to the village of Pont en Royans is a nice one, with it's hanging houses. It also has some good fishing right in town.

And, some very good restaurants and bakerys 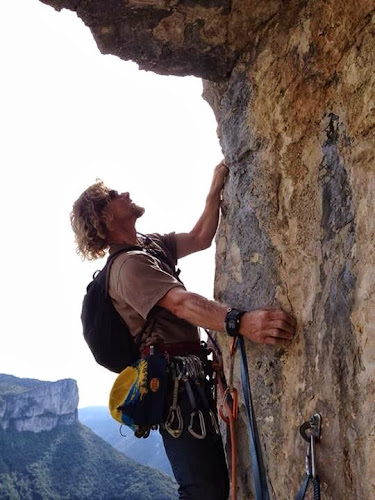 Having a good time on Temps de Guenilles, 6b+ 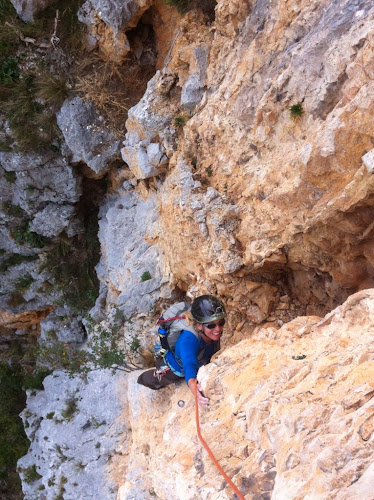 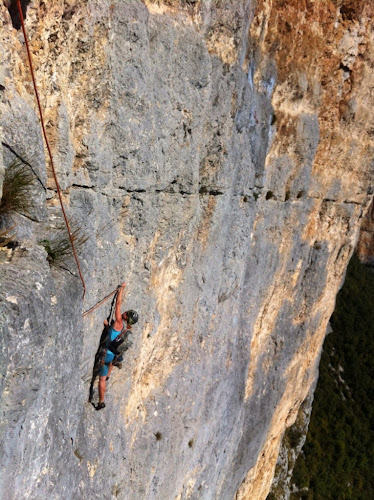 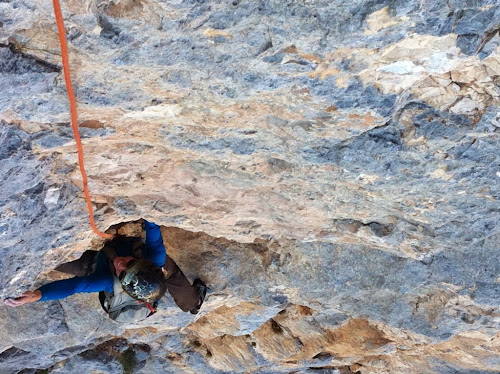 Anna fighting on 7a at Singes en L'hiver

For the camping, either stay in the hostel of Chez Ezèo, about 12€/night, or wild camping is an other option. But, take care of where you amp and stay"low profile" since there has been many disputes with some of the local habitants. Just to keep it climbable for the future 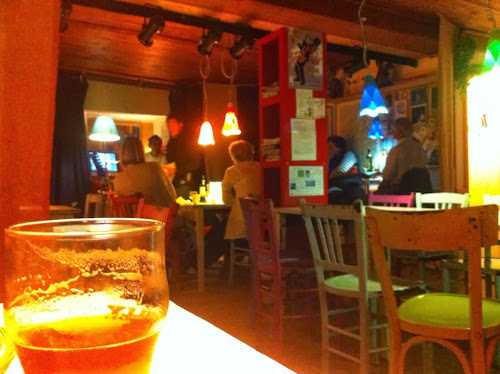 Otherwhise, looking for a great place to climb multi pitch routes on steep limestone, no reason not to go to Presles. It's a great place, at least if you dont care to much about the grading, cause its a little bit hardish... 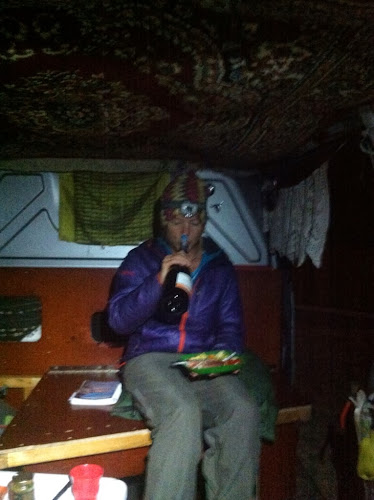 Le Chrysanthèmes, a nice route if you forgett the first pitches and focus on the rest. But an advice is also to take a short cut and climb the last pitch variation to the right at the top 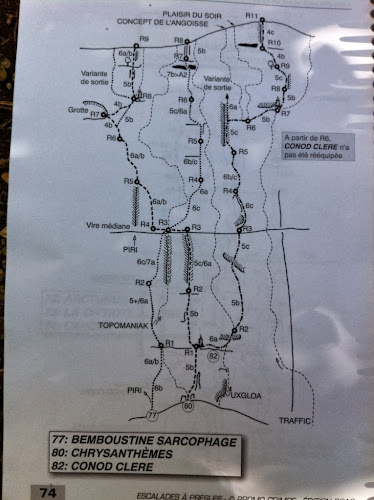 Bring extra cord for the Belays, to start changing the old cords (remember to bring the old stuff home) 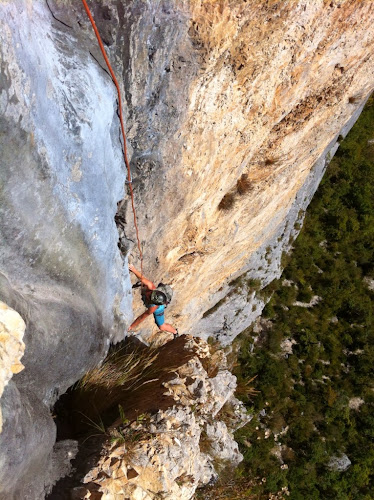 March to June, September to November