Stepping out of the van, feels a bit frosty, a glance on the thermometer, -11C. Ok, let's step inside and have a considering talk of the aim for the day...maybe something on the sunny side?!

As usual, a doppio espresso with a creamy hot milk on the side to mix it up and I feel much better.

-Let's stick to the plan, which is walk in, have a look see and head for the route with no other people on, a classic plan that mostly works out fine.

To my surprise the valley looks by quiet, with a couple of other teams on the easy approach ice routes but no crowds what so ever. Last trip had given me some ideas of choice and as I had hoped on the L'Amour retrouvé has no people on it. A 250m ll WI 4 with some interesting sections of chandelles. Easy accessed as well so nothing to discuss, right on!

-will you climb all the way to the summit? 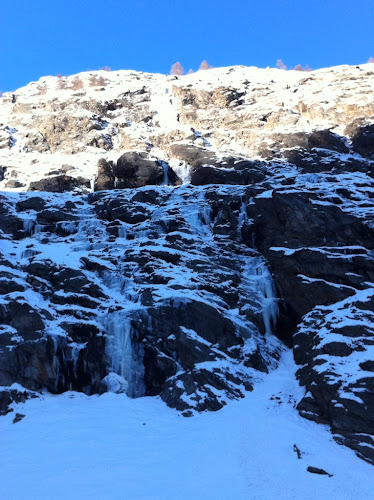 L'Amour retrouvé ll WI4
As so often in Cogne people are truly interested and probably think that those ice people are very crazy folks. We can only answer that, yes maybe if we have the guts and that everything works out the way we hope...

With last trip fresh in memory today's weather by all means show us the magnificent opportunitys that Aosta and Cogne has to give. From -10/15 to a bright sunny day where it's to warm to even have a hat on. Long way from the double gore tex just a couple of days before. Today is a ice beach day!

The first pitch of L'Amour retrouvé is a wake up. A bit sustained grade 4 but perfect ice and just as I head over the edge the sun hit me fully. And the rest of the climb is like a sunbath, perfect divided between the pitches of 40-50m climbing. Just enough heat and distans to cool down a bit and enjoy a nice day on the belay, ice climbing on the sunny side! 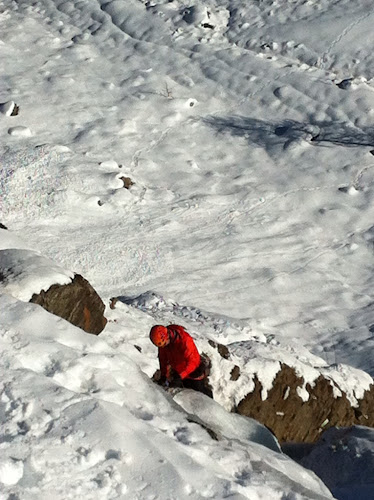 Finally we arrive under the last pitch, which has been effected by the bright yellow star during the whole mid morning/ day. The ice surfuis looks a bit dry and now and then chunks of ice comes flying down. But with some trixing it's possible to climb through the soft parts. As usual here we are totally surrounded by the Chamois which as always looks a bit suspicious on us probably thinking that "what's taking them so loong"? Specially since they just push on up and over rock as well as ice with no hassle at all, in a very neat way. 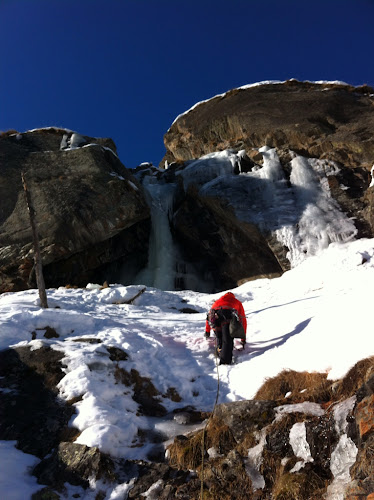 The last pitch is a fully 50m, well ok 48, and I arrive to a as before, ok anchour with a drilled bolt and some questionable second piton, tied togheter with a now days old hammered piece of rope.

A fresh sling on it and I'm ready to bring Mikael up.

Great climbing on great ice, soft and sticky and no one else around, what a diffrens! And now there is fresh slings/rope to rap of from...! 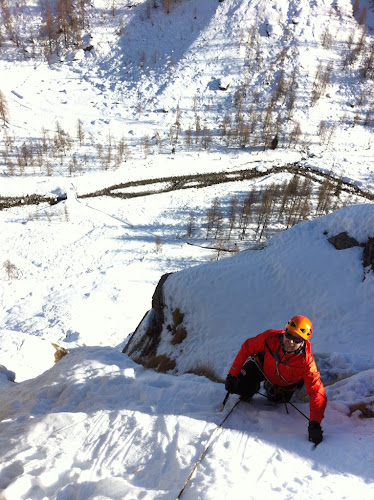 Happy back downits time for a quick lunch, the usual piece of apple and tea. 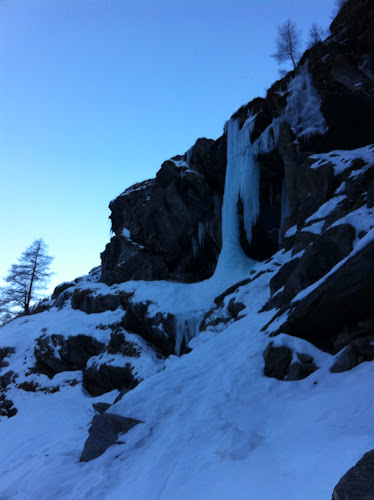 A classic chandelle with the only hard section on the first 20mts, a must! 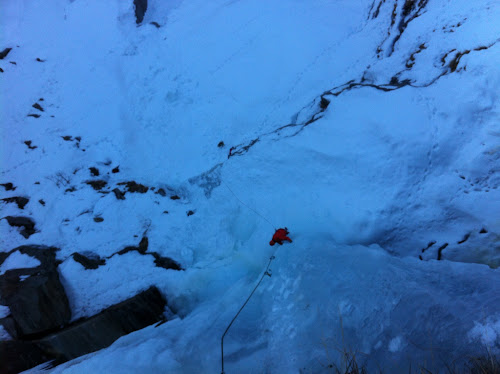 As before we are saluted by the Chamois and they has also made a good track to follow between the routes. Since, as it looks, we are here first the amount of deep waist neige makes it so much easier to join the Chamois tracks. If you are ready to try will say, they as usual head for the thightest passages, steepest terrain and long jumps between.

Finally, at the base and it looks...stiff but possible.

-what do you think, Mikael askes chouriosly!

-it must go...I hope, I respond and put my helmet on. And at the same time pack my. Sac a dos propperly just in chase... 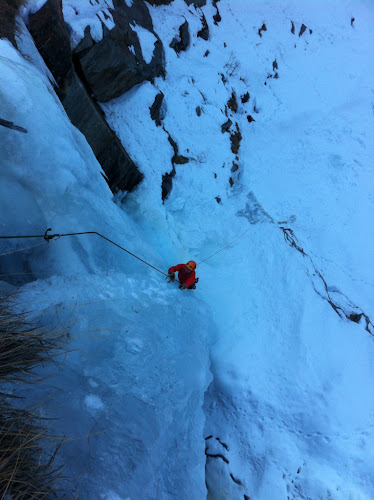 First couple of meters is a bit of "boulder" easy soft ice to get to the base. Then a bit of hooking up the lower angel section, as it always are on a route like this. Then the vertical, never tricky but just takes a bit of caution where placing the tools...great Climbing! 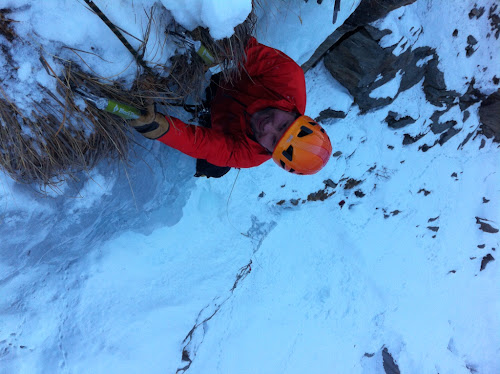 Topping out on Sogno di Patagonia
Arriving to the "crux" section, where the chandelle has separated from the free standing pillar I carefully place first one then the second axe in and one above the fissure. Sticks perfect, one ice screw above and I feel home. Next placement in a crack in the rock and a piton as a runner. Swinging up the last exposed ice I feel really clever with bouth tools in some grass/snow taking a last high steep, I up! Hurray!! Saving the screamer ones more... 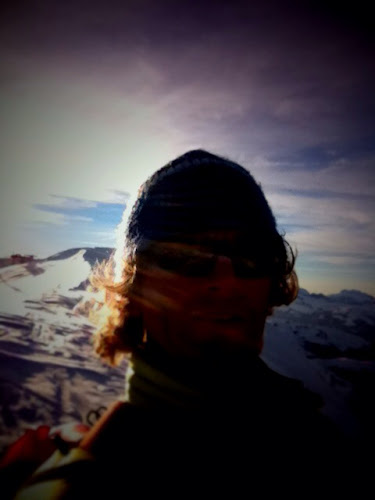 Two days after we climbed Sogno the whole pillar collapsed and this was what was left of it!
A little warmer weather the days after we was there and...gone! 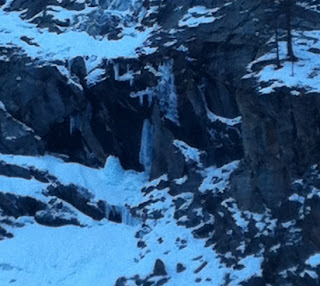 And on a good year it can look stiff as this 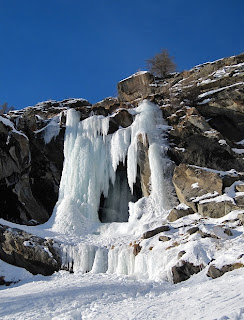