A whole bunch of seldom frozen up ice routes are suddenly in perfect nick, or "nickel" aka bonne etat 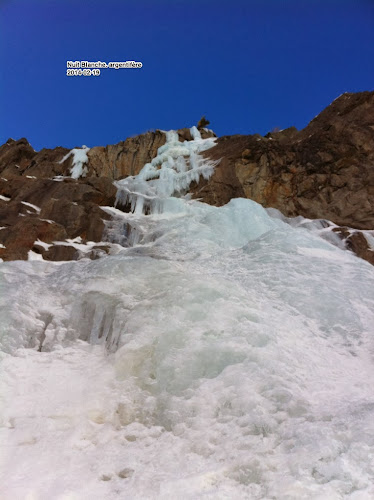 As always, Cogne deliveres and routes as "Repentance Super" WI6, "Sogno di Patagonia" WI5, "Colonnato Centrale" WI6 and even the seldom totally formed "Hard Ice direct" WI6 is formed. It was also quite close that "Pattinaggio artistico direct" WI5+ had formed up! The weather has just been perfect in an ice climbing point of view…

So we planned a WI6 week and headed to Cogne, via the classic "Nuit Blanche" WI6 in Argentiere 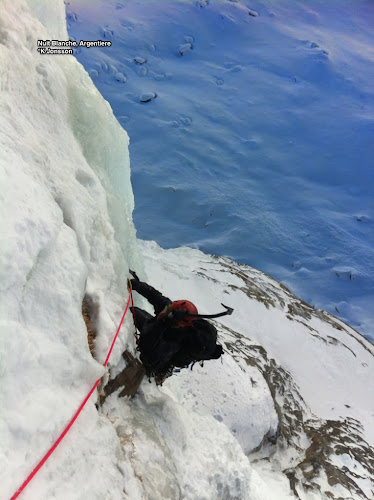 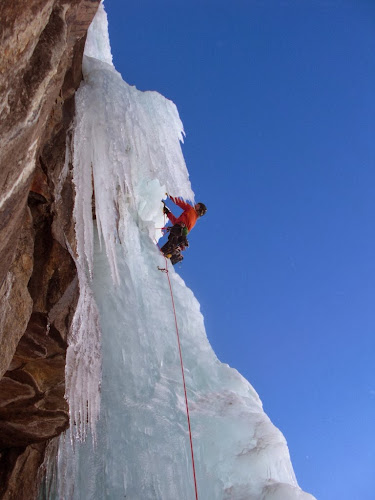 First out, the Nuit Blanche, we headed up an unusual crowded Grand Montet telephrique!=? Which just as we was entering the final stands de cache decided to break down

Finally up at the top of the climb the weather was perfect, blue sky with a shining yellow BIG sun. So why not take the chance of rappelling down in the shadow behind the walls with covered surroundings of glaciers. In the constant background noise of falling seracs!

Rappeling down has the advantage of getting a good view of the route, which turned out to be condition superb, including a shower pitch. So just do it!

The first pitch is a nice warm up, low angel to get the calfs waking up

Second pitch…oh its a wet on. The umbrella pitch with big U, at least this day

Arriving the belay i quickly do an upper body undressing show, diving in to my down sweater and just can't wait to get a top in the sunbath tube la Bas

Then, with everything climbed, the only dangerous part saved to last, getting back down the pist to the lift station, oh la la 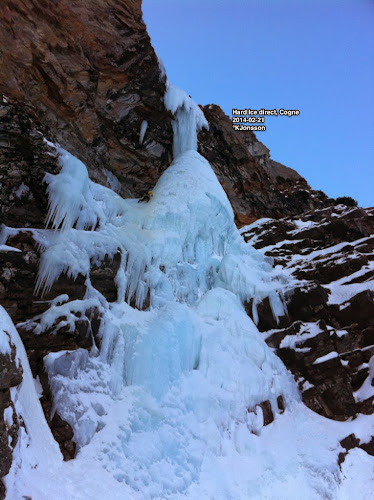 Une espresso double là-bas and off to Cogne. A most snowy and cold Cogne, which is quite calm during the week

But, avoid the popular routes during the week-end…! 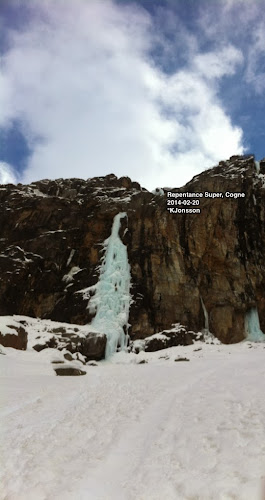 Ice climbers is a bit like birdwatchers, if a rare species is passing or visiting, the alarm runs, same thing when the

word spreads about a rare route in nick. Thanks to all blogger´s ! 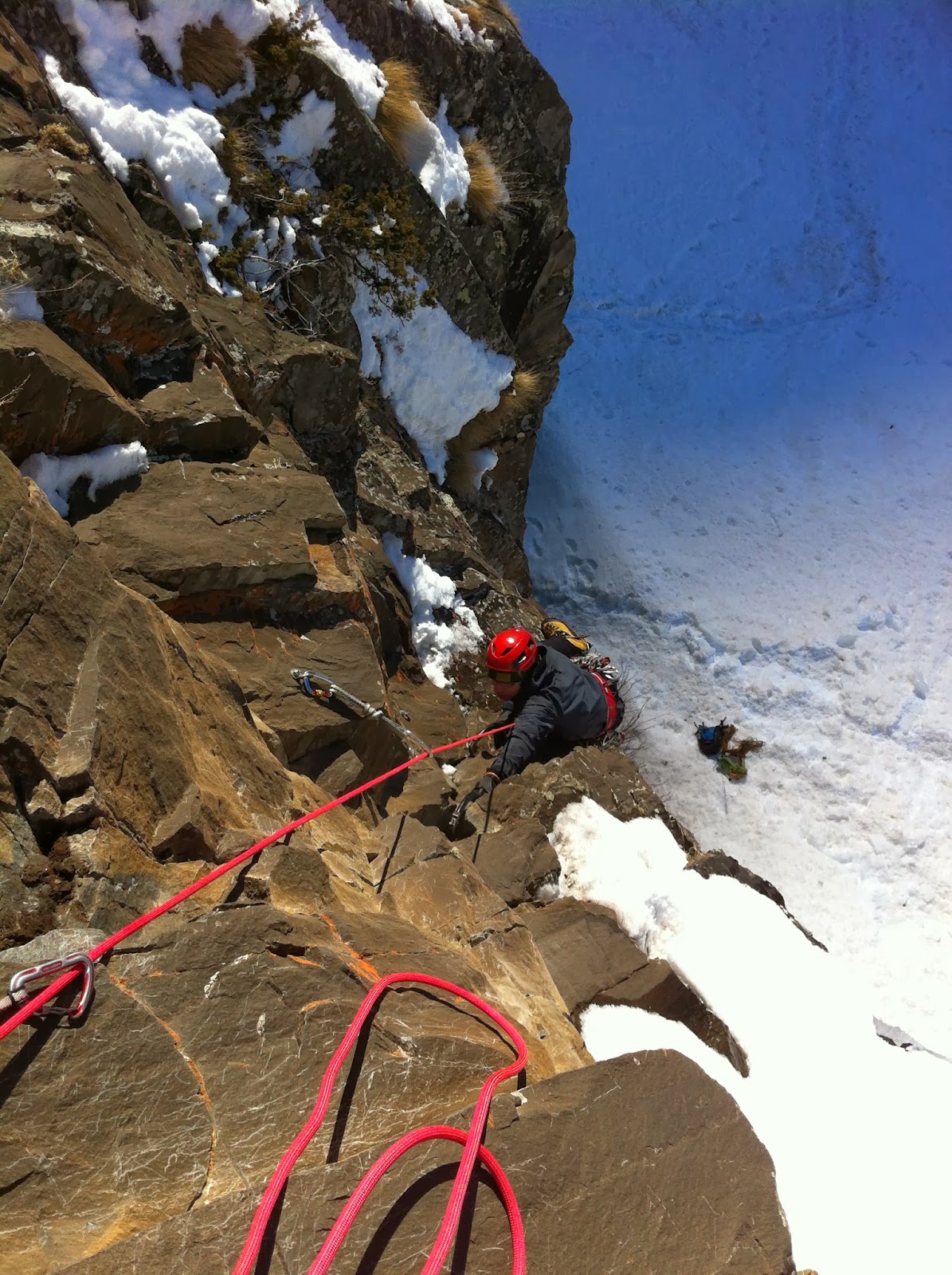 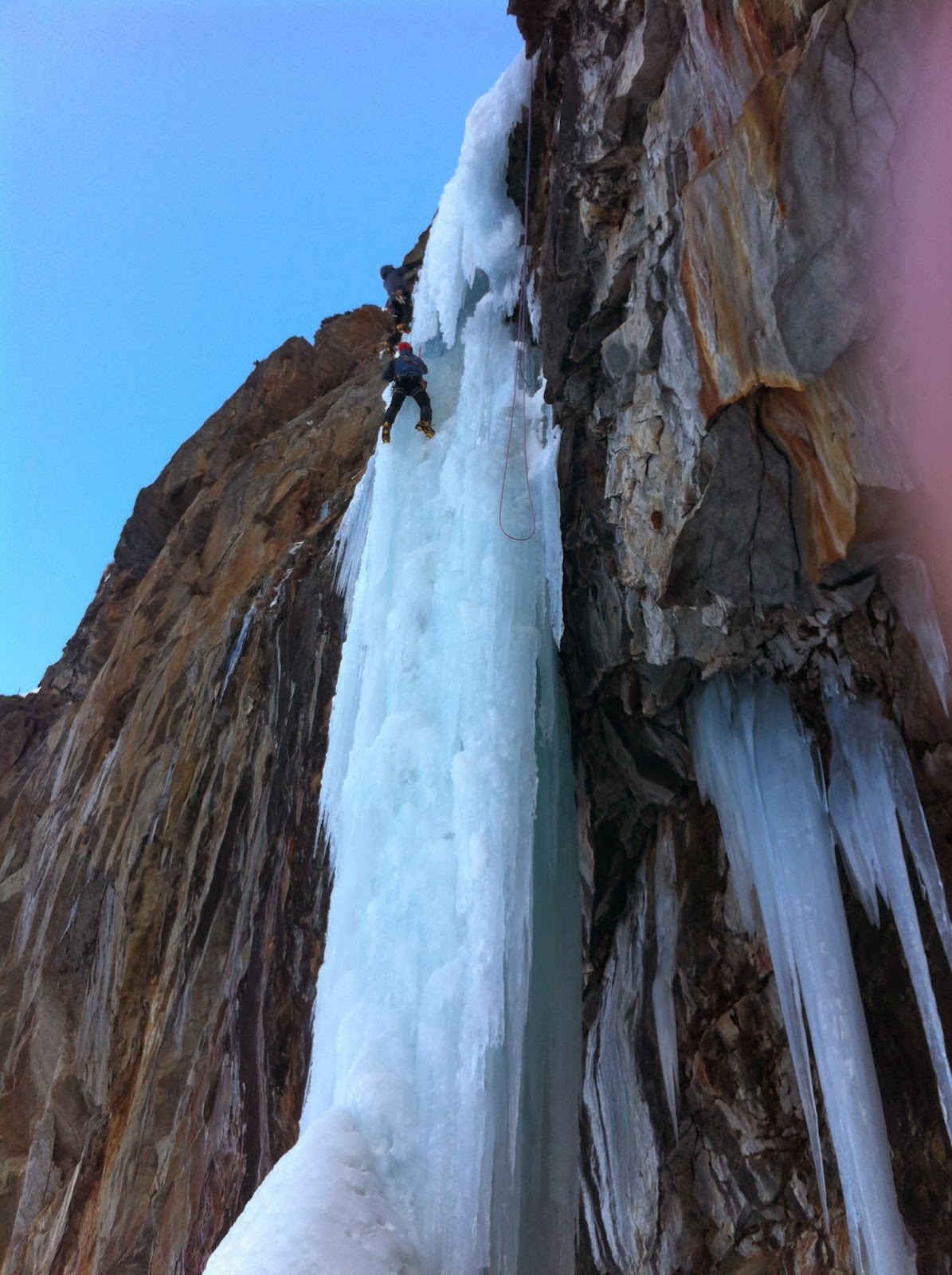 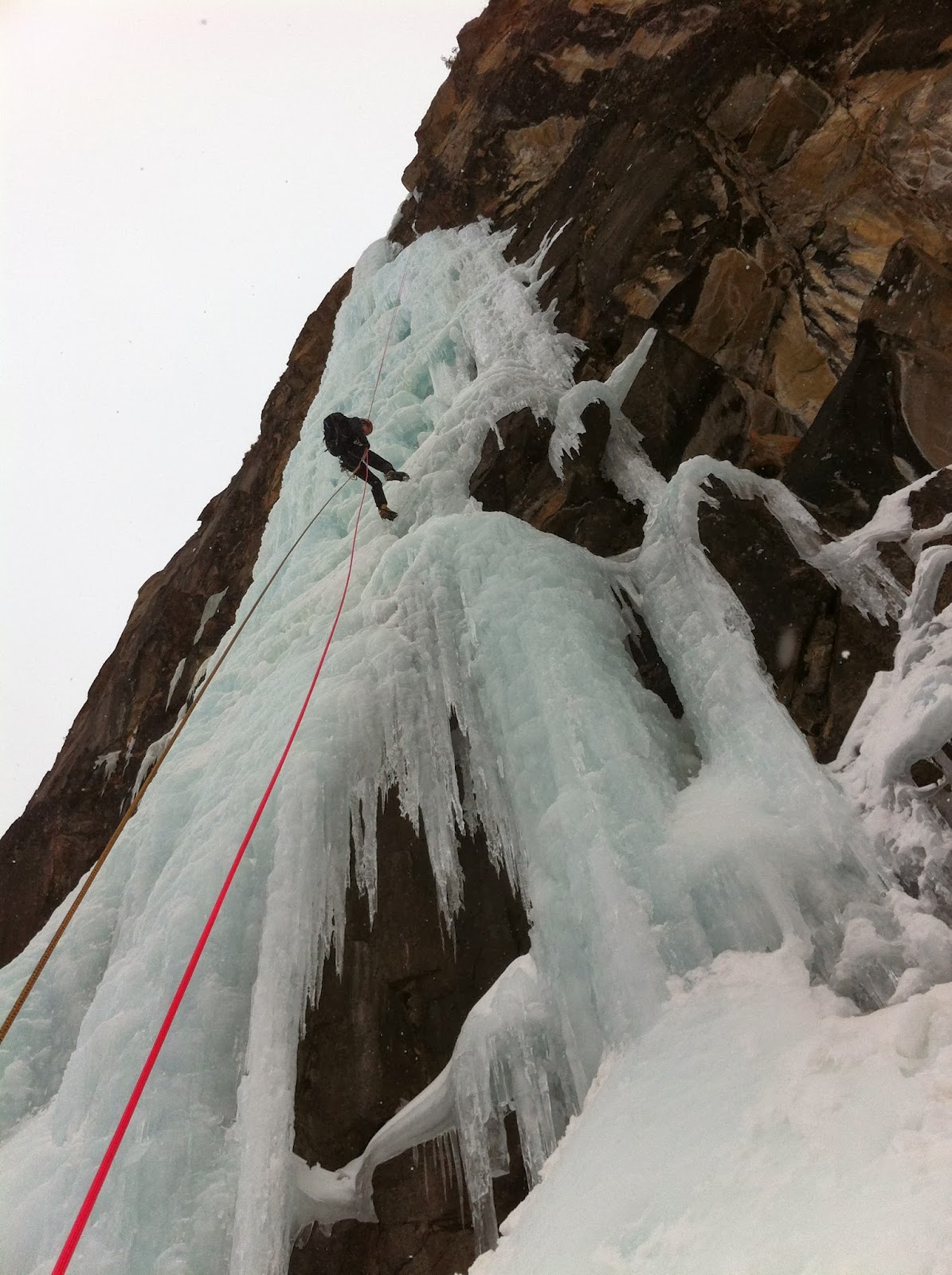 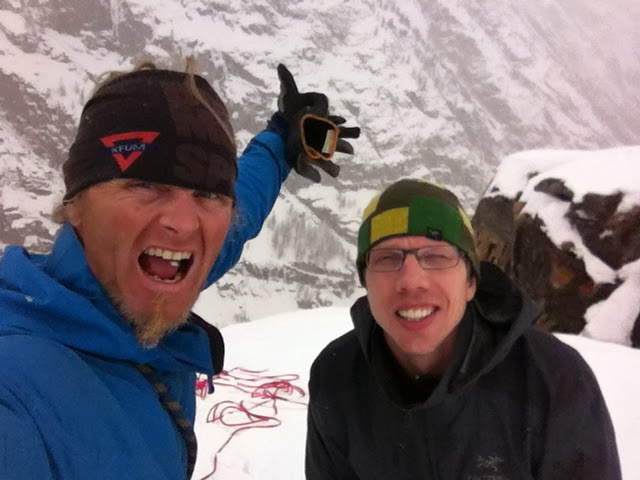 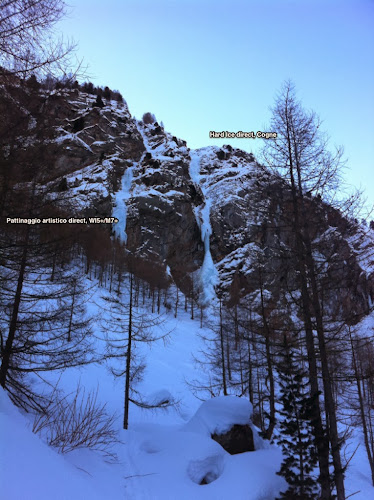 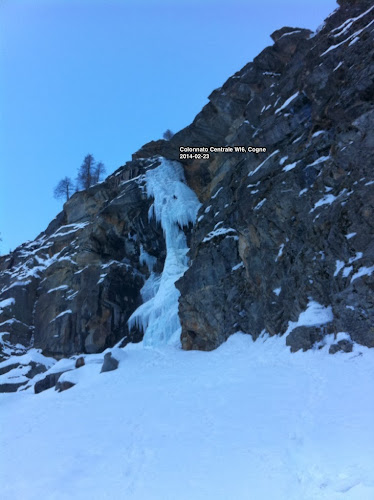 Nice and good places to stay in Cogne