Reached via the aig. Midi lift pointe Lachenal is a most pratique place to climb on on an lazy day in the mountains 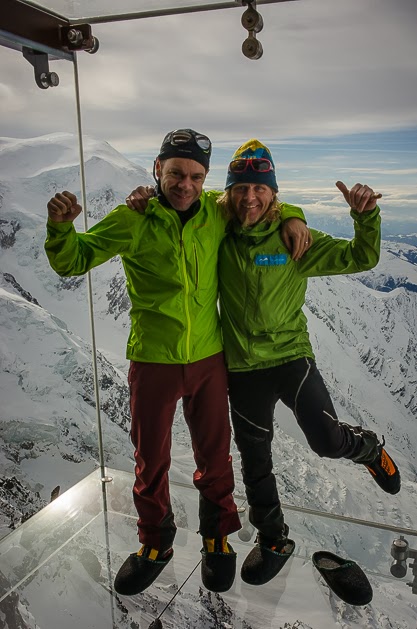 And, don't miss a visit to the glass minter a top of Midi


Depending on the number of people on the arete down to the glacier and the amount of neige poudreuse, the approach is still just a few minutes away. And only downhill. Park the skis at the base of the rock and start climbing. Once on the top there is good rappel anchors in place on most of the routes, so just rap back to the ski boots. Or if you are equipped with Dynafit TLT ones, or similar, just rap in to the bindings of the skis and there is a Vallee Blanche run down back to town via "le Merde du Glace" 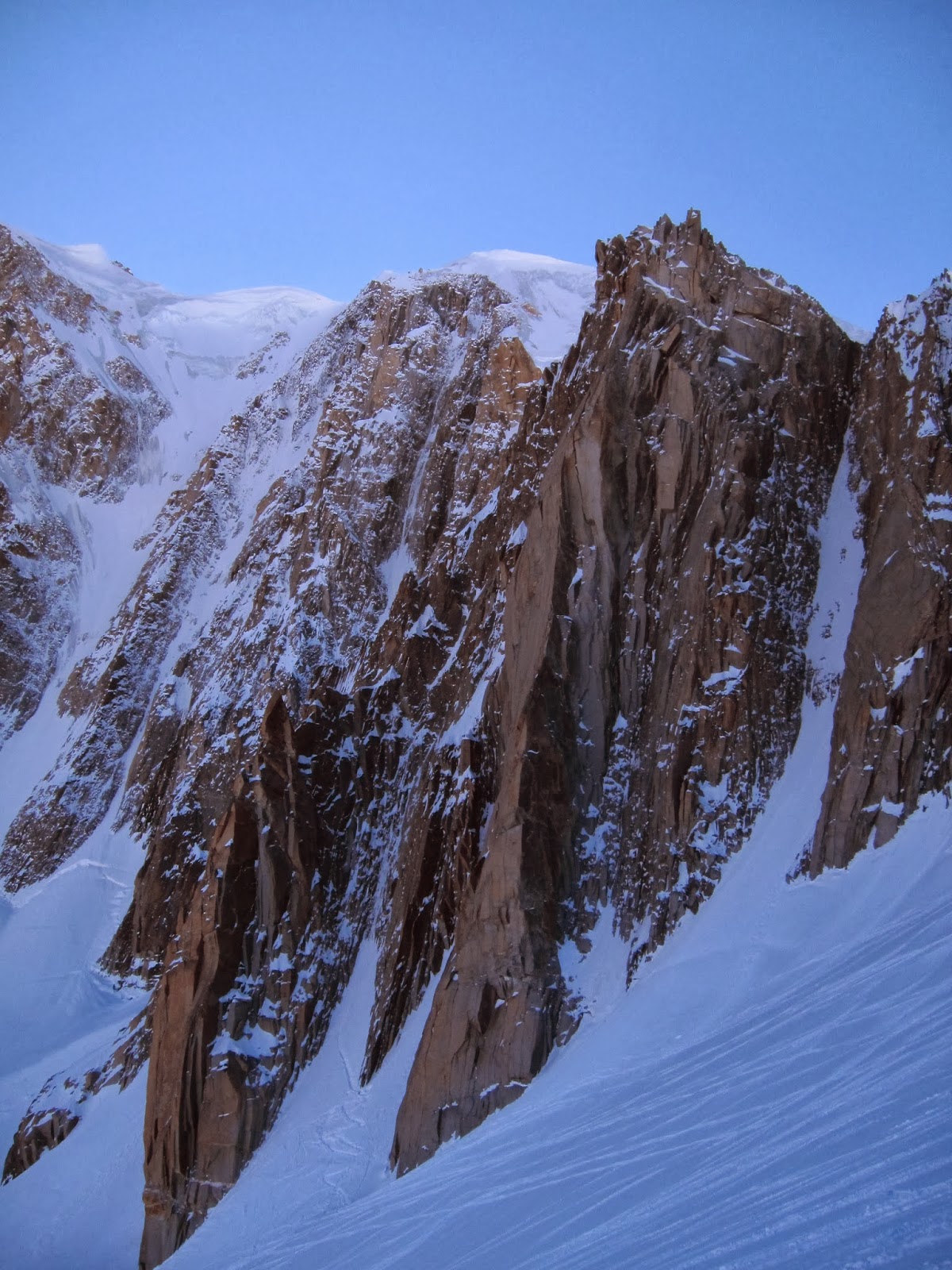 
We headed for the little climb of "Star Academixte". A 250mts climb on mostly rock at the grade of M6
The belays are prepared with slings but it dosnt look like its one of the most popular routes here so most of them was in quite bad shape. But better now since we put in new ones at most places on the way back down 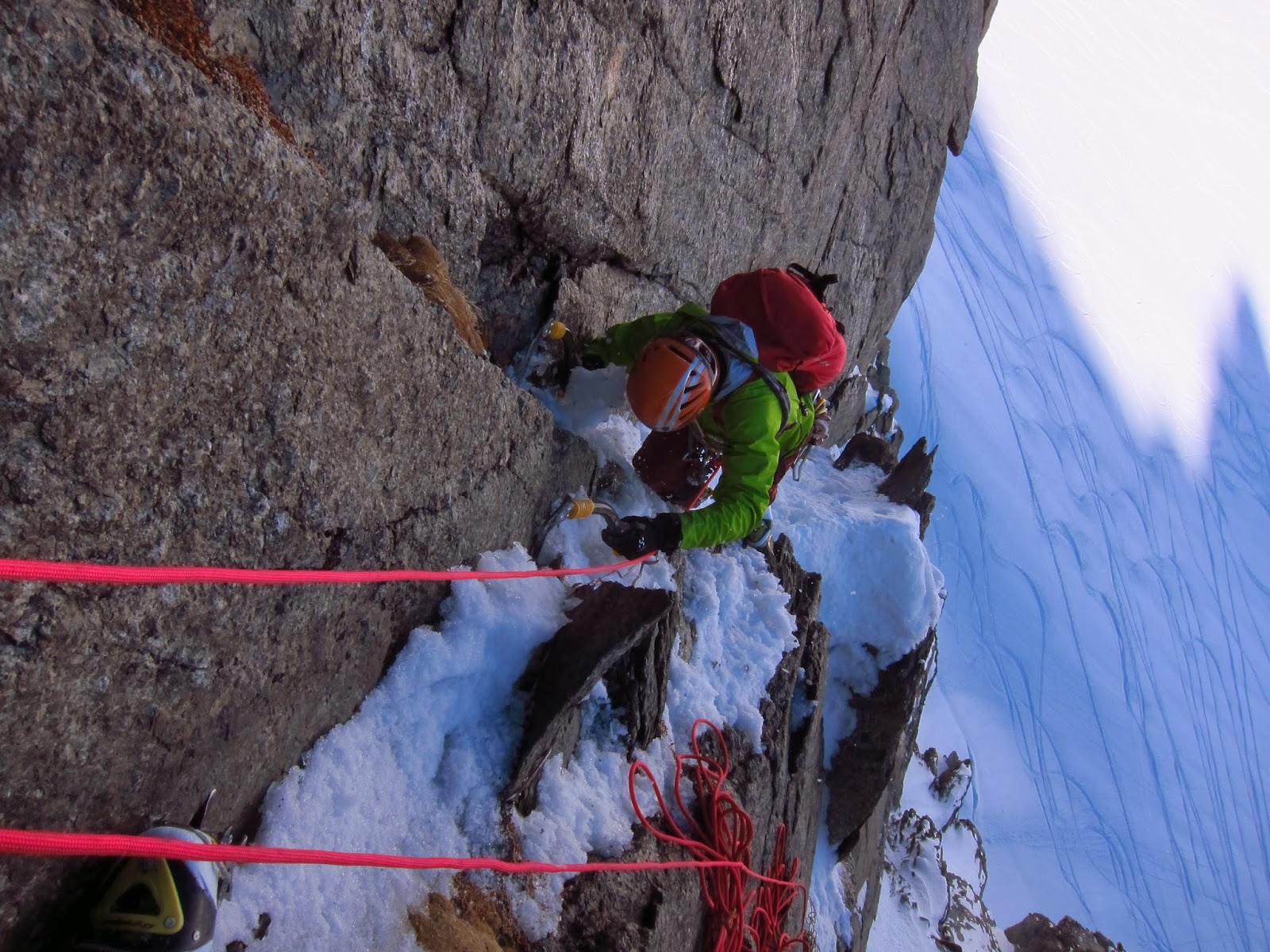 
Its a really nice climb that has some exposed sections, but mostly well protected. And don't bother to bring any ice screws, the climbing is mostly on perfect rock. And since many of the mixed ones are out of shape at the moment, this is always in! 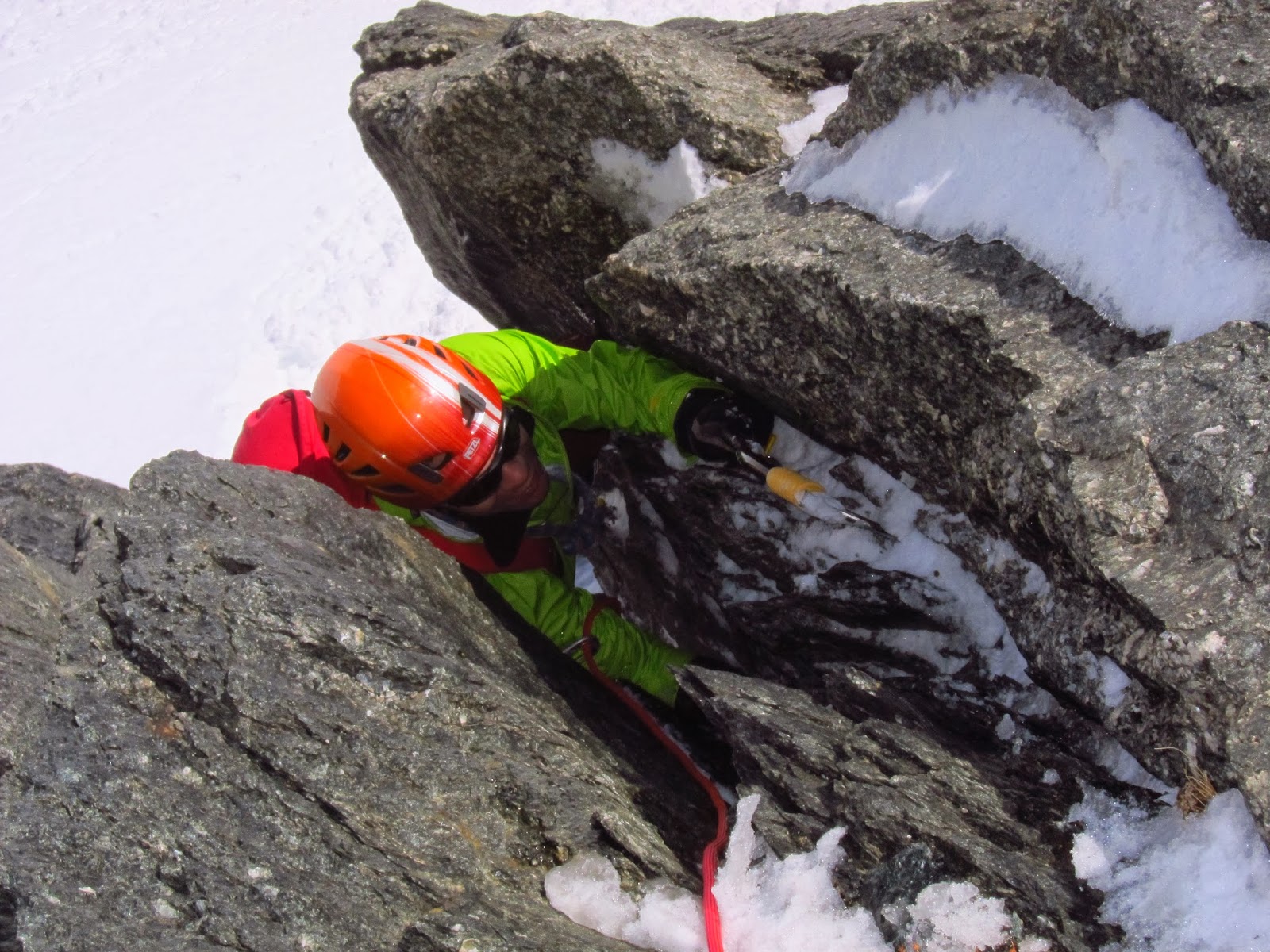 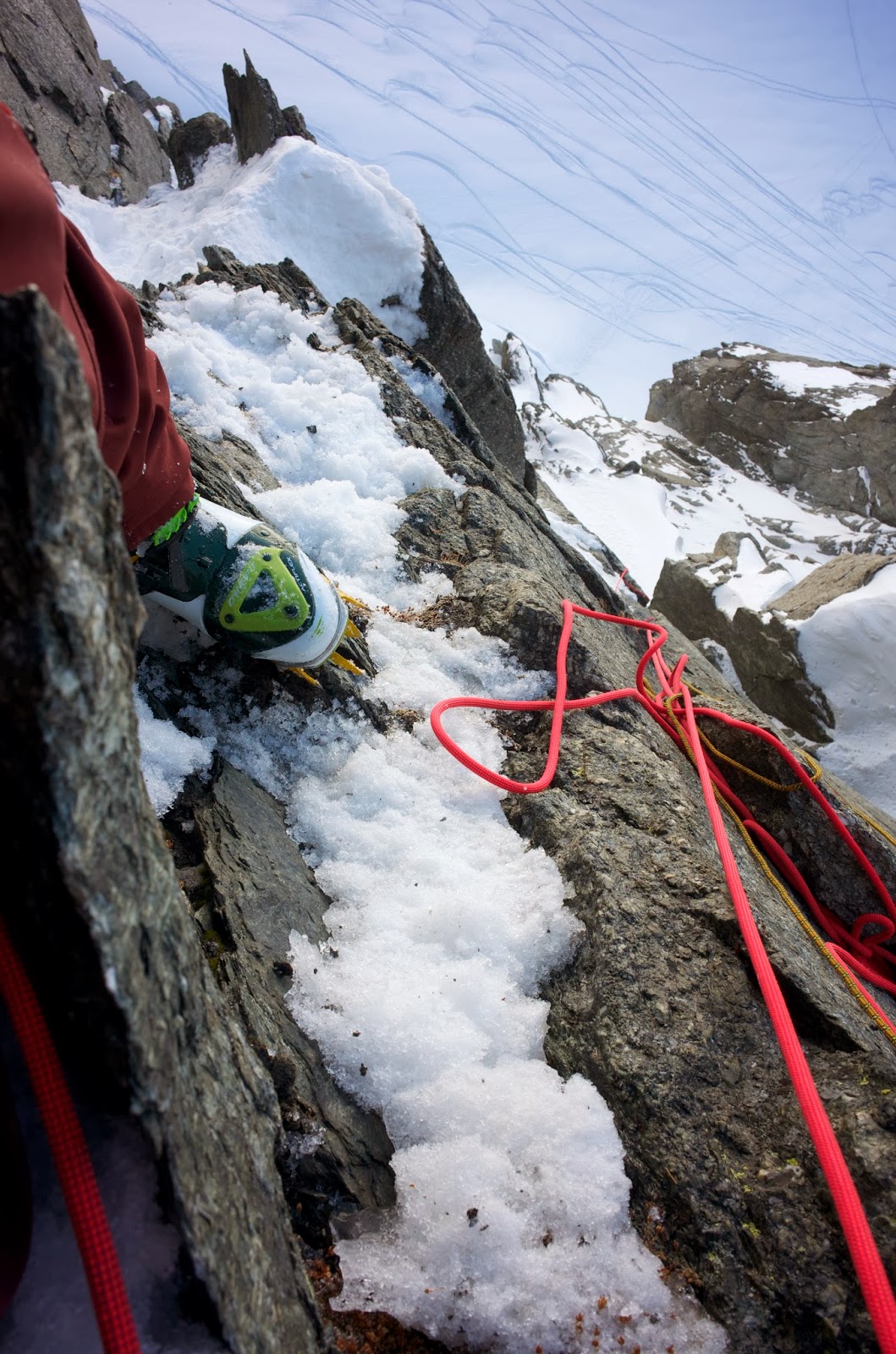 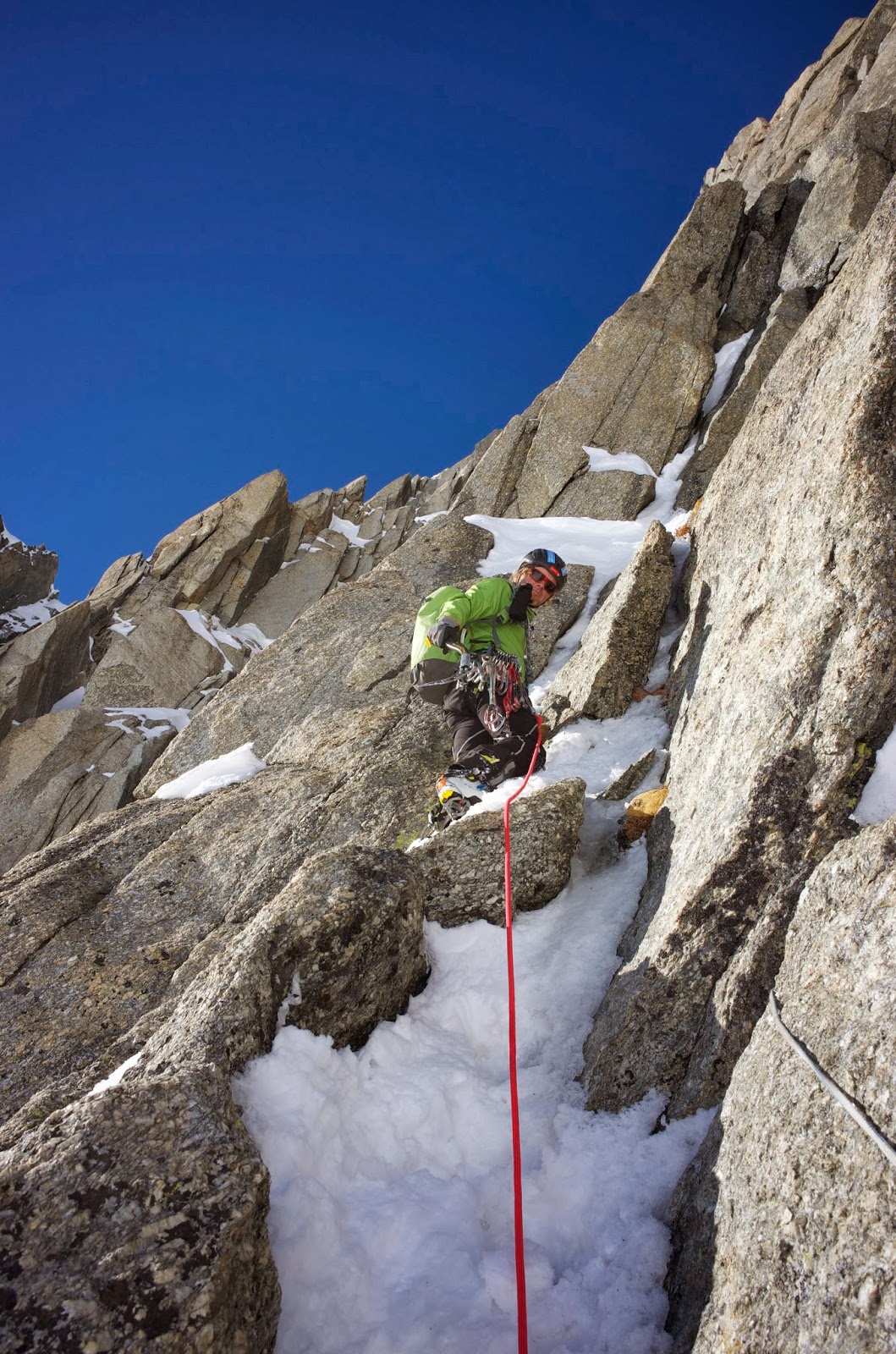 And as said in the beginning, the return from the climb is just brilliant with skiing all the way down to Chamonix 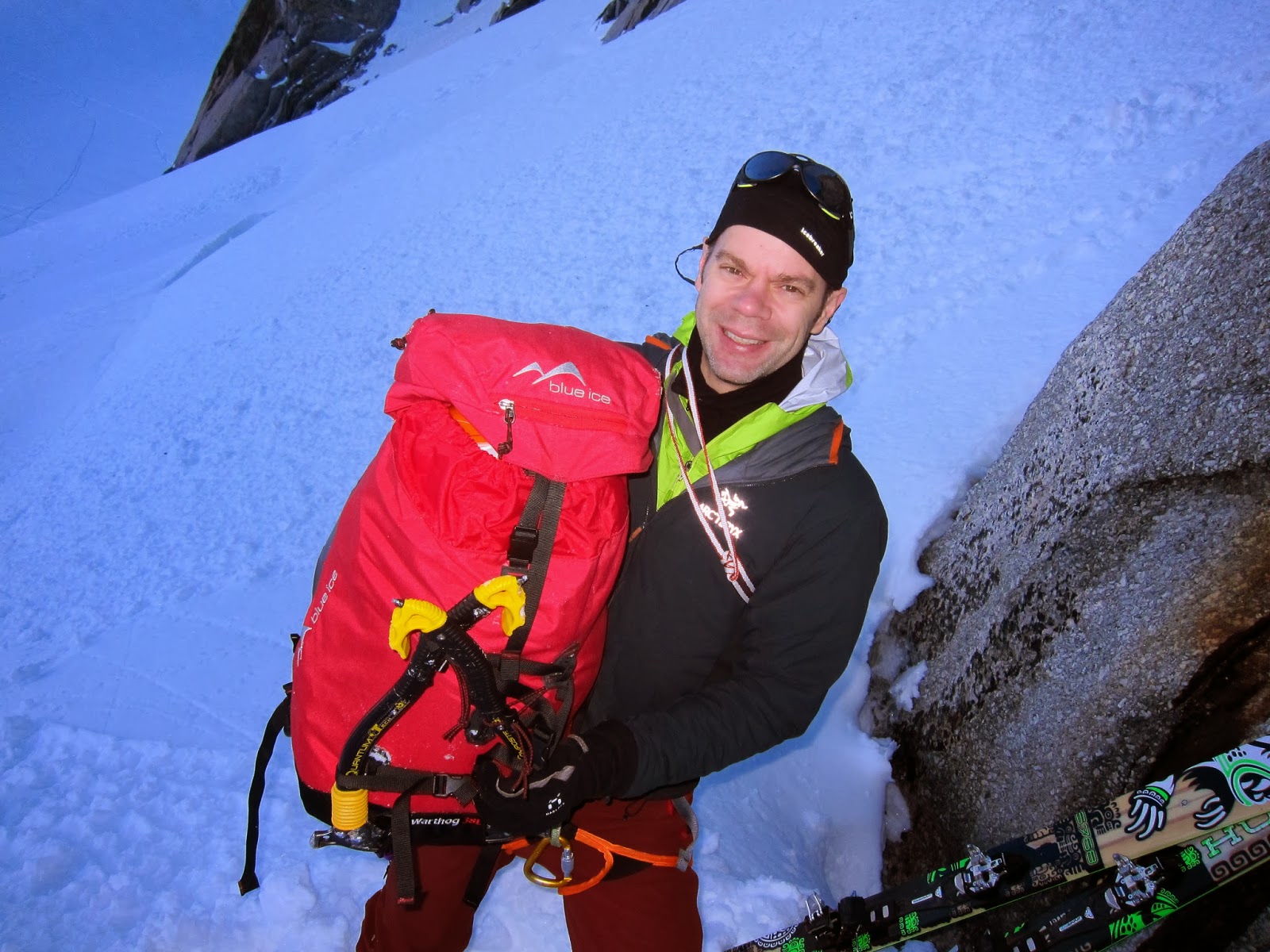