This route, Le Mallion Manquant, put up by the team of M. Armand, M. Piola, P. Starobinski, P. Strappazon, in september 1986 - has some for Piola classic friction moves over a couple of steep slabs. As well as a steep crack pitch!
The anchors as well as the spits has recently been re-bolted with glue in bolts, making it a totally different experience. 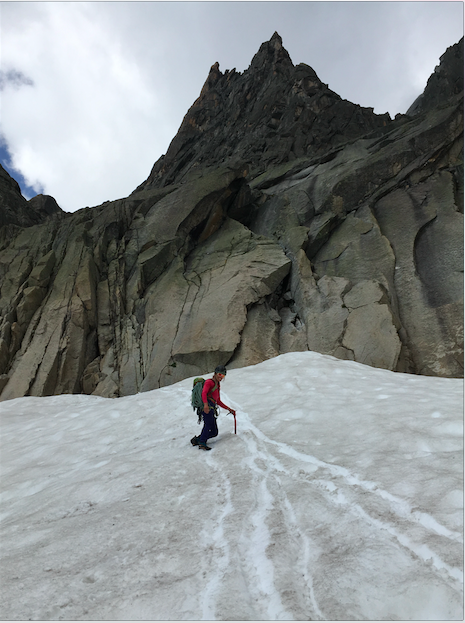 It involves 13 pitches of great climbing up to the top of Pélerin. And in all a great day out in some of the best granit of Massif du Mont Blanc.
The approach from Plan de l´aiguille is easily done just following the path towards the north face / refuge du Grand Mulet. And then just turn off towards Pélérin over the upper snowfields (at lest earlier in the season)
If its been a colder period, or very early in the morning, it might be a good option to use crampons for the approach, but else worth it is justified with only an ice-axe and some stiffer boots to kick in steps.
Once at the base of the route, a bit to the right of "Voie Contamines" it sends over an open corner and then steeps out to the left to the first anchor. 40meters 5b...!
Pitch 2-4 is maximum 5c
Pitch 5-10 has beautiful 6a/6b climbing
Pitch 11 is a hard free climb of 7b or 6c/A0
And the the 2 last once 6a and 5c
In total 13 pitches of great climbing!

For the descent just rappel the same route with 2x50m ropes. 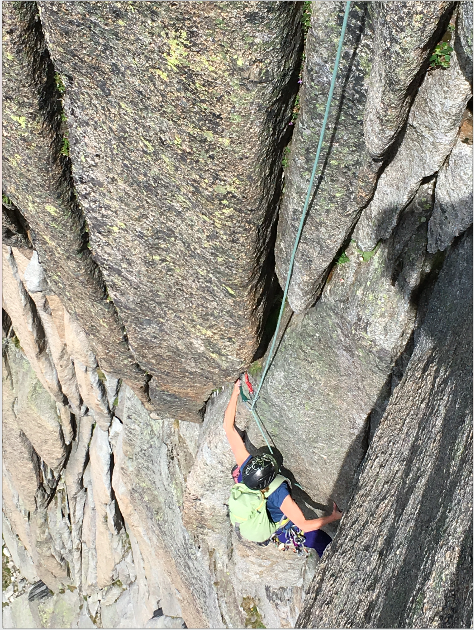 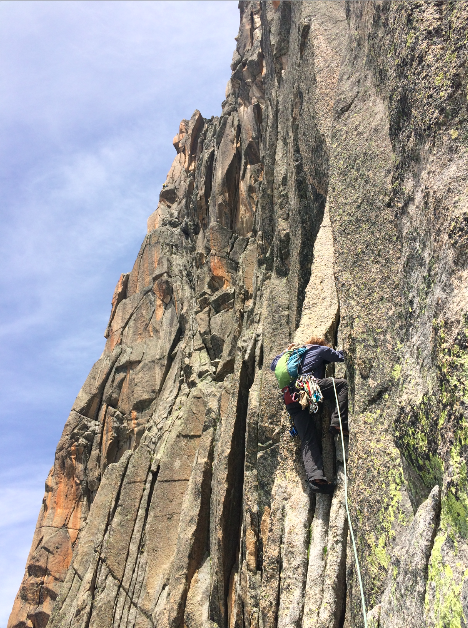 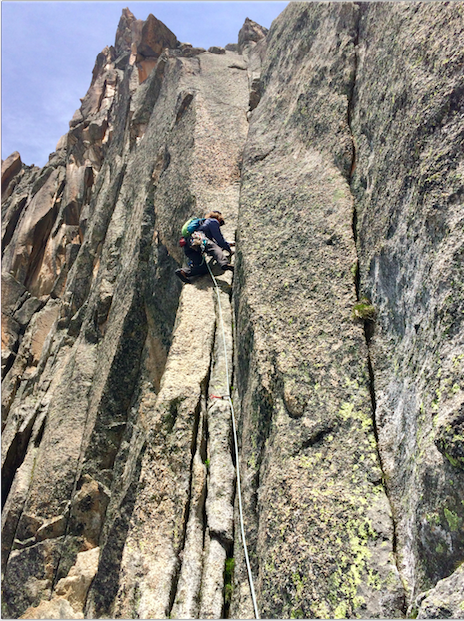 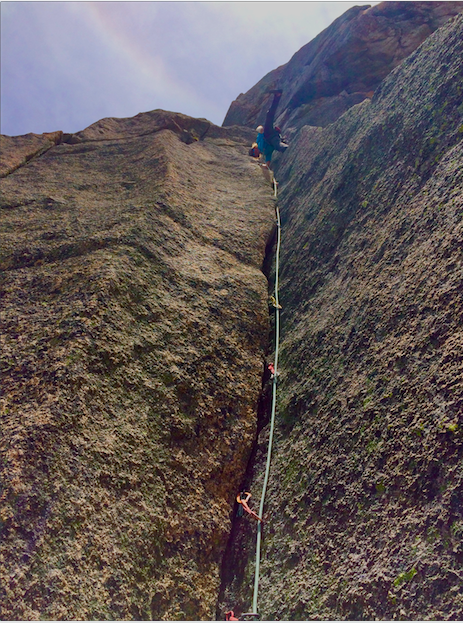 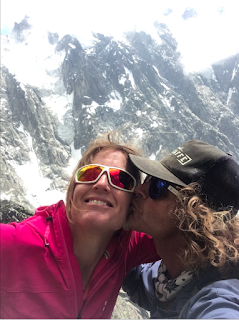 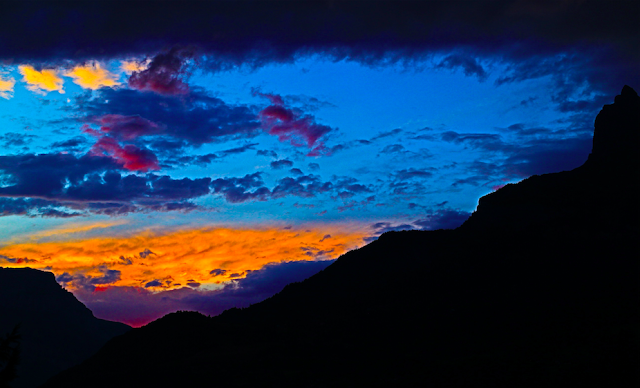