The Eiger north face is probably if the most know at least one of the most well known big routes in the world. And a must do for an alpinist. The White Spider was one of the first books I read about climbing and became more or less obsessed with the idea to climb that historical face one day.
The over 1800 vertical meter wall has a lot of routes, all of them very serious undertaking, but the most known I would say is the 1938 route, done by Heinrich Harrer, Anderl Heckmair, Ludwig Vörg and Fritz Kasparek. This wall is also known as "die Mordwand" I don't need to say way!!

If you want to find a bit less mourderous and easier route to this famous peak the Mittellegi route is a much more relaxed climb via the East ridge of Eiger. This involves 615 vertical meters from the Mittellegi Hut to the summit.
The hut itself is reached via the Eismeer gletcher/train station and takes about 2h walking/climbing. And in fact the first 3-4meters is the hardest of the whole climb to the summit. The approach up to the hut from the glacier can sometimes be quite interesting over the rimeye and climbing over the first couple of bolts is the far most technical on the whole route. The approach up over the slabs is not a good idea to do in wet weather or snow conditions...its a bit steep and exposed! Probably very keen to avalanche if its snow covered.

Once at the refuge, which is gardiennage by the Grindelwald Bergsteiger verein, la Société des Guides de Grindelwald, the views over the whole alpes are just stunning. Just at the start of the arete of climbing for the next day!
Once you have started climbing the route finding is quite obvious, just follow the ridge! If you are confident with the grade and the type of climbing you don't need must pro and gear with you. Some mid size cams like Green and Red Omega and 2-3 mid size nuts, 4-5 QD´s and a 50m rope, or 2x30m.
Once at the top you have passed the famous exit ramps from the 1938 route.

The descent is either done via the west flank to Kleine Scheidegg or the South Ridge down to Mönchjoch. Just a matter of time and how much money you want to spend on the train.
But a nice trippel is to climb Eiger - Mönch - Jungfrau and the the choice is best done to go to the Mönchjoch hut afterwards.
The descent involves several rappels on fixed anchors and then the last bit over the final ridge and aretes to the glacier can be quite tiresome and somewhat difficult to find - it´s much longer and time consuming than it first looks. 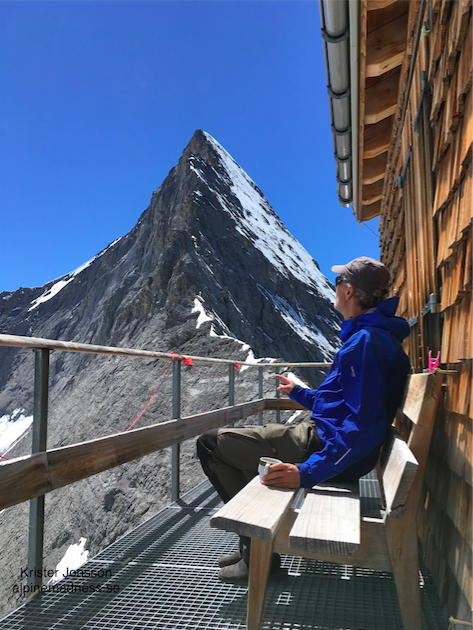 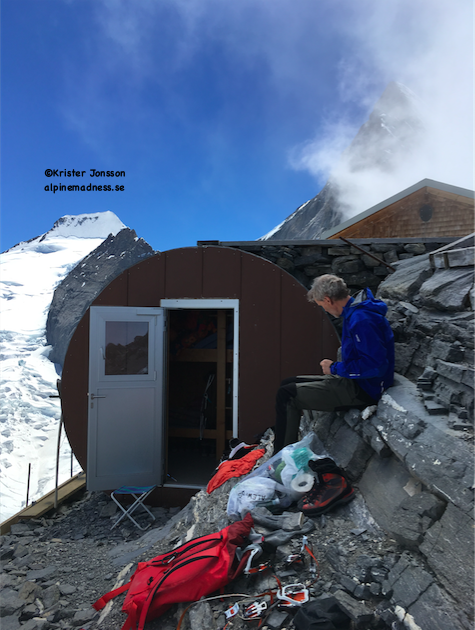 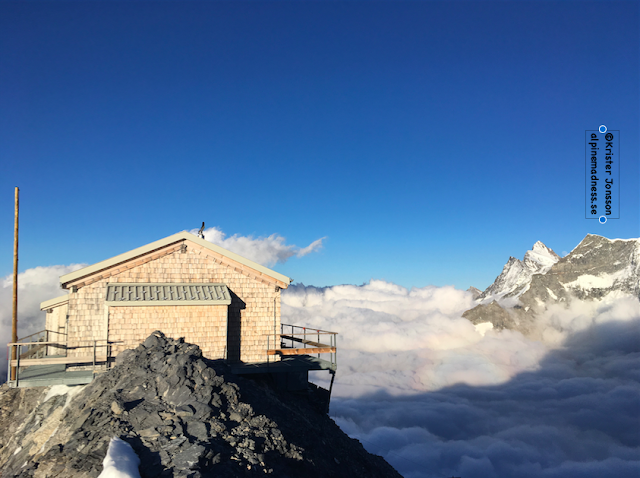 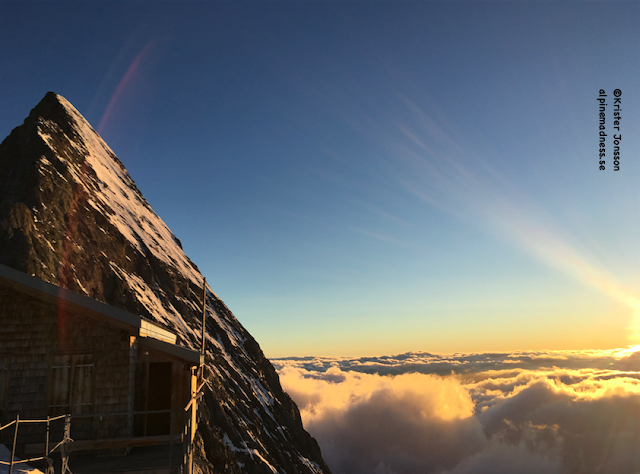 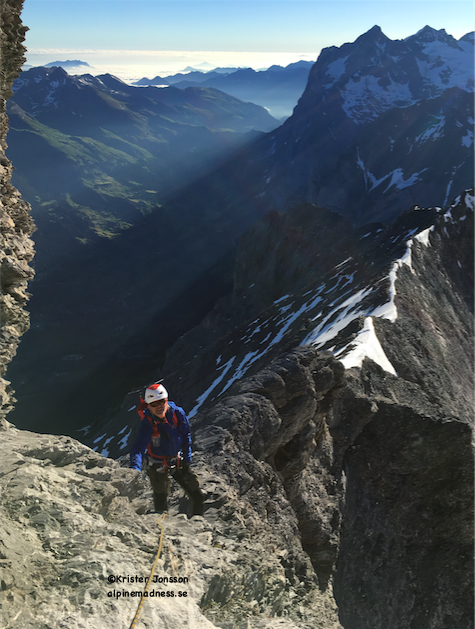 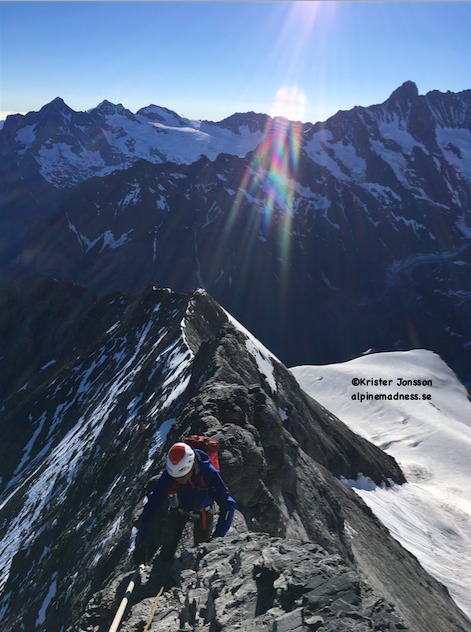 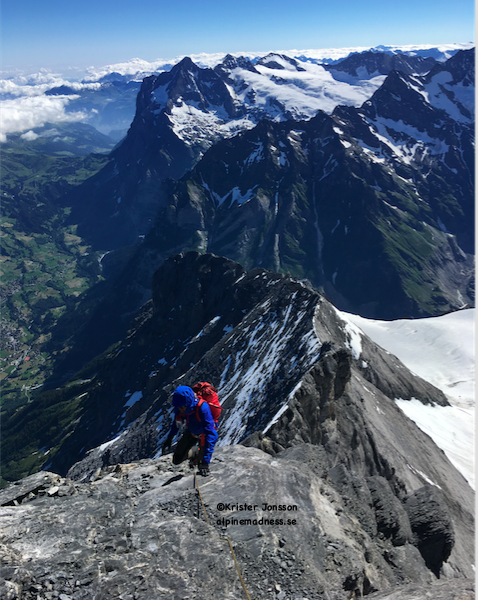