Of you get a bit tired of the more crowded areas around Chamonix and Midi, not to talk about Aig. Rouge:) The access to Val ferret via tunnel du mont Blanc is fairly easy, specially if Friday afternoon is avoided. 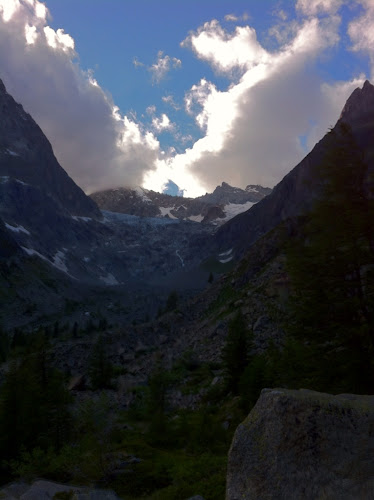 On route to ref Dalmazzi

The approach up the valley summer time is again, fairly easy since the snow covered roads are équipée with good tarmac.

But, it's probably the most dangerous part of the climbing trip. The pas Le wide roads are more like narrow...so look out for MTB hikers and fast driving Italians.

The best goal are the longer routes high up in the valley. In fact at the end of the asphalt road at Arnouva. Where a coffee is recommended at the cafe!

Park the car just after the small bridge, not so easy always to find a spot if you arrive late. And walk a good path about 45min and you arrive at Titani. The 400m cliff is just a rock trough from the path.

The most recommended route is Venus ou bien Venise, TD 6b+ over 350m 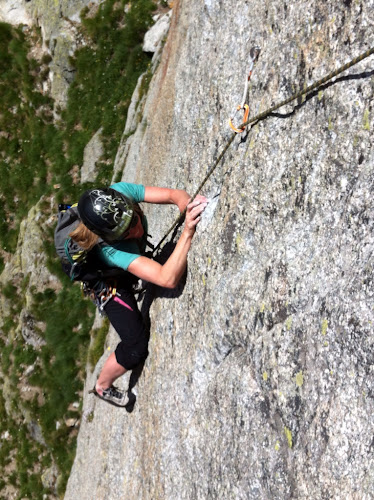 But. The lines up the hill are quite close so take care and regardé le topo.

Also, there are some newer routes that I haven't been able to find any where described, if anyone knows, please let me as well know.

At the base there are 2 lines next to each other, take the left for easy, go right for a bit harder, just a boulder crux of 6b. Far out to the left there is an unbolted variation...and between there is a non worth climbing start as well. Only if there is a crowd of people and you want a quick start up pitch one!

The rock is built by perfect granite. But in my world there should be nice cracks built in as well. Like in Vallèe Le Orco or in Lofoten or... But here it's pretty compact. So I guess there is a reason with all the 10 and 12mm hardwear.

The nice thing is that on the crux pitches the bolt masters has se numbers a bit, to make it feel real. As close as possible at least. But, never dangerous. 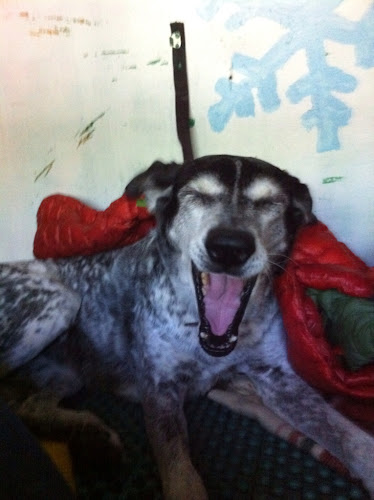 It might be wise to have some small and mid size cams hanging around though.

The views on this side of le massiv are very dramatic. Even though the glaciers above are small but the mountains feels close and ruff in a nice way.

The slabby climbing takes a lot footwork but since the friction are ultra perfect and the angle has the calf killing sort, it's a good practice for trusting the rubber.

The upper walls has a bit more vertical feeling though. And even a bit of crimps. Compared to the more open hand holds for the first pitches.

But, if it's pure crack climbing with your new rubber gloves, it's not the place!

Even though if there are one and two jams here and there. But no need to tejp up.

After the first pitches of Venus we arrive at a bigger grass ledge. Above are a number of bolt lines going uphill. But a quick look consulting the picture in the fantastic topo over this area. We decide that the one out just a bit to right is the one. Said an done. But, as so many times before, why does this always happen? A local spirit informs that "that isn't the route". Well, not The route.

Ok, that is some info at least!

After consulting my other topo, mademoiselle Anna, we decide to hold the flag high and move on.

It is très engagé so to speak!

And it holds the grade of 6c at least.

After 3 pitches it easies off and the top pitch is about 4a with a single 6a move.

Arriving at the summit just as the colors turns in to the magic red and orange skies. 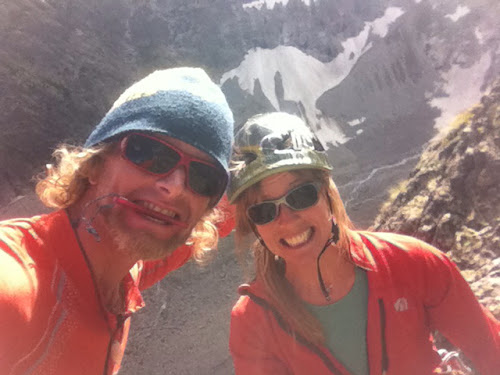 An other perfect moment!

Higher up in the Valley and the Dalmazzi hut there are even more routes.

Also equipped with bolts, most of them, but longer up to 700mts

And of course, it will not be a perfect val Ferret climbing day without a visit to 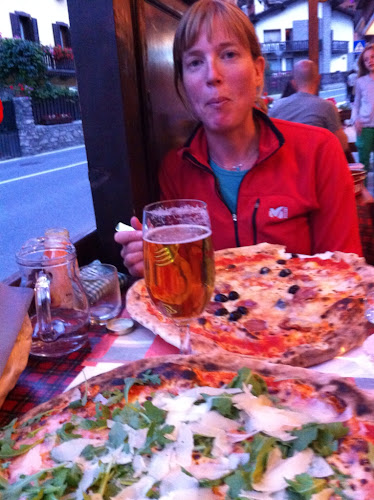 For the other routes 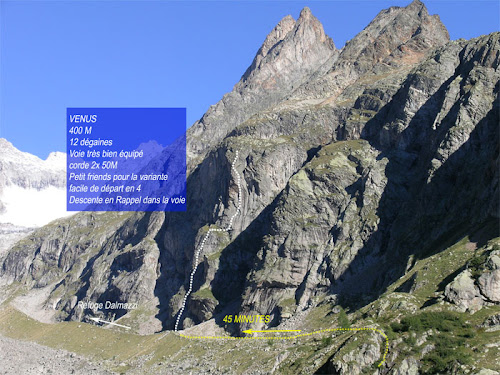