What ever you hear about this little route, what ever positive things, don’t ever believe any of it!! 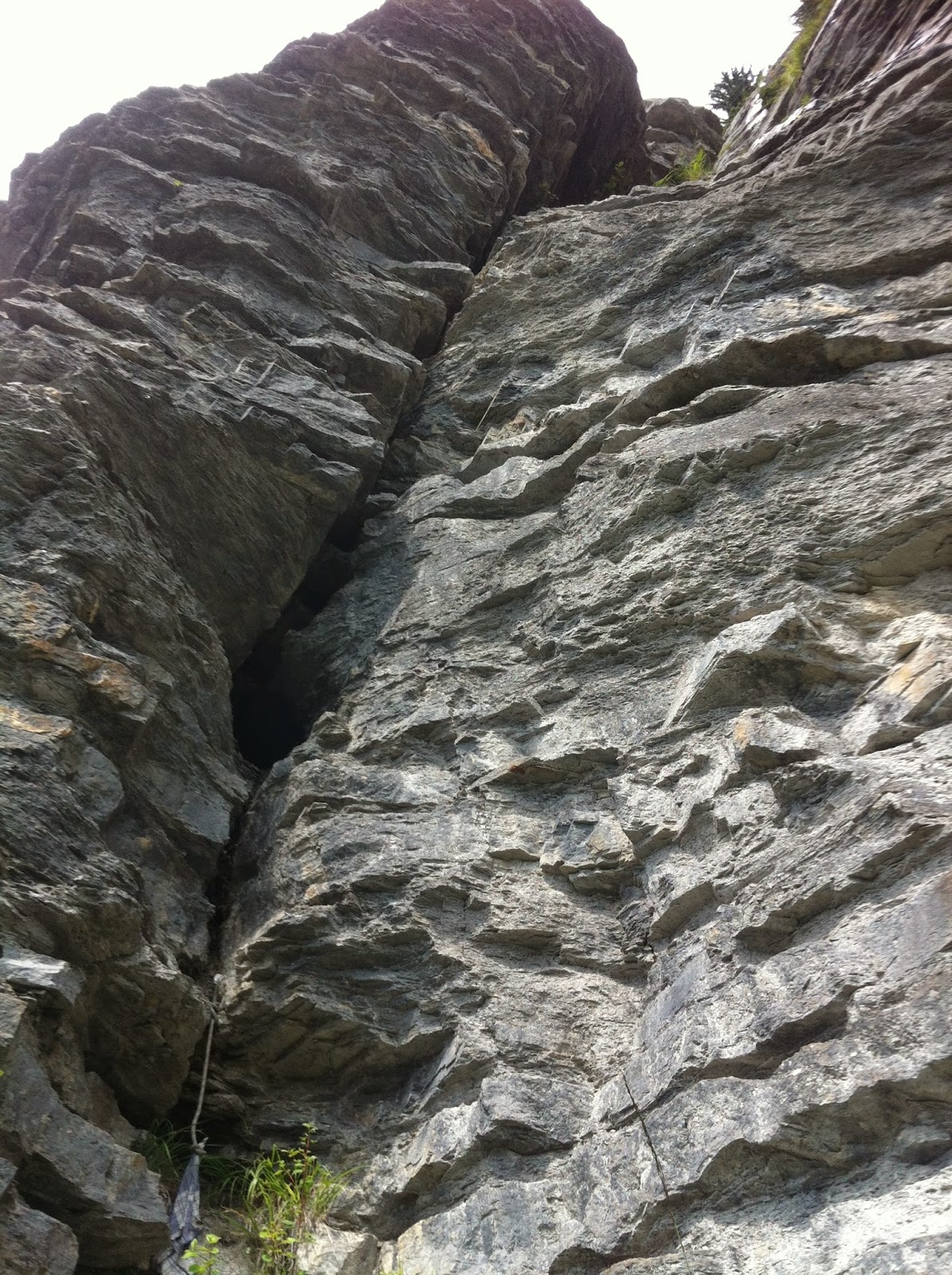 
If a thought plop up in the head that
-yes it might be a nice alternative to the via ferrata
-yes it is an easy accessed route
-yes its a nice south face route
-yes its….
What ever you might come up to, just stay away. IT AINT WORTH IT!

Well, if your like me and like a dirty, muddy loose and often wet route. Then, its an other thing!
Rack up with some set of cams, skip the coinceurs ut bring some sangles. Drive up to the parking of the Ferrata and walk up as far as to the last bend. Then take the obvious path sharp up to the left and voila, your at the base of this … climb
Look out for a piece of snatched cord and believe it or not, thats where your gonna get up on the first pitch!

The thought hits me with ”ahh, nice with just a wet hold, no mud on it!”

The first pitch, a grippy loos story with flakes stapled on each other just waiting to be pulled off. So go with a light touch and it will be just fine
For the last couple of meters head out a little left and you will enter the last section of the ”Smoked out grass pitch” 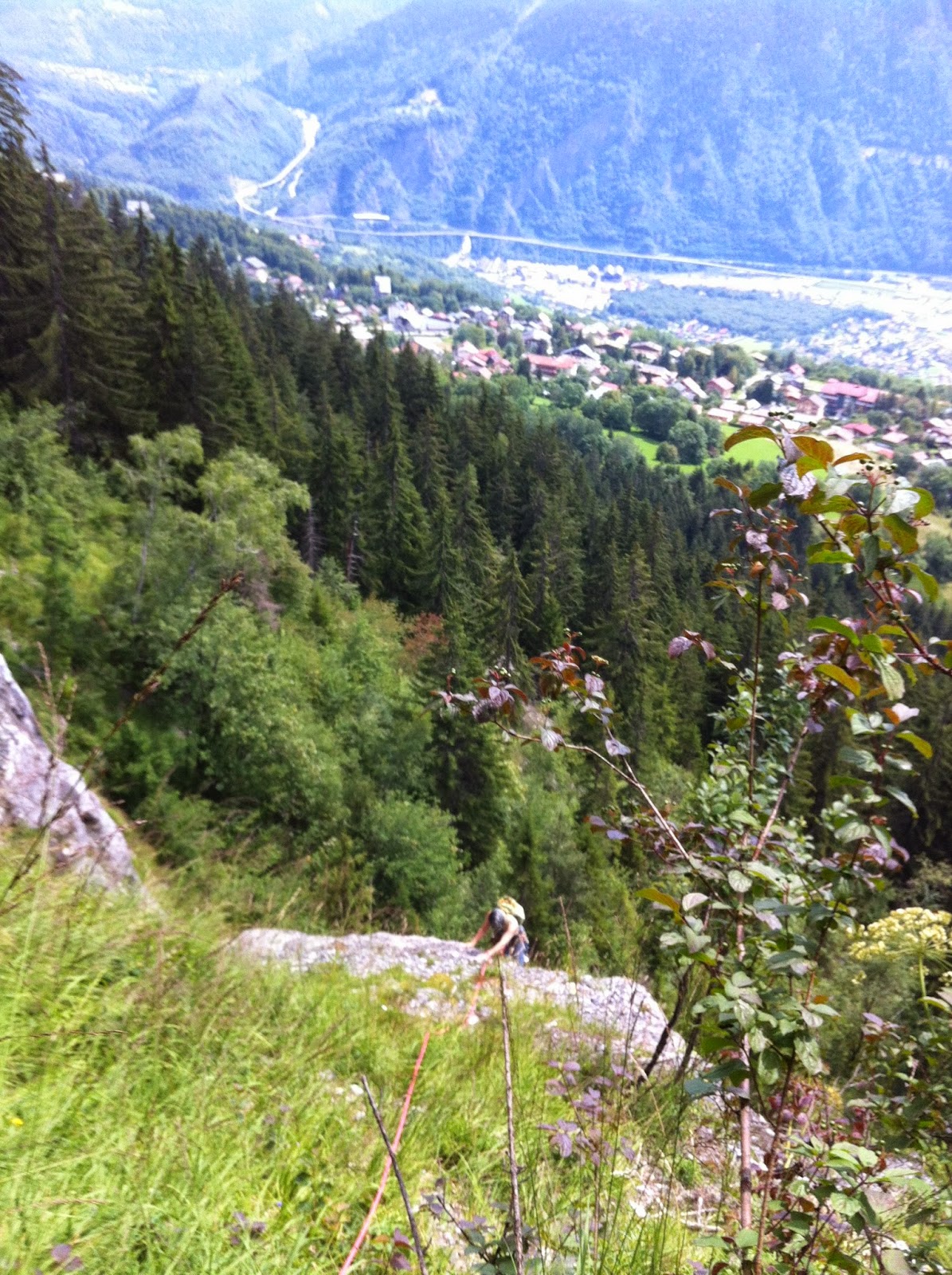 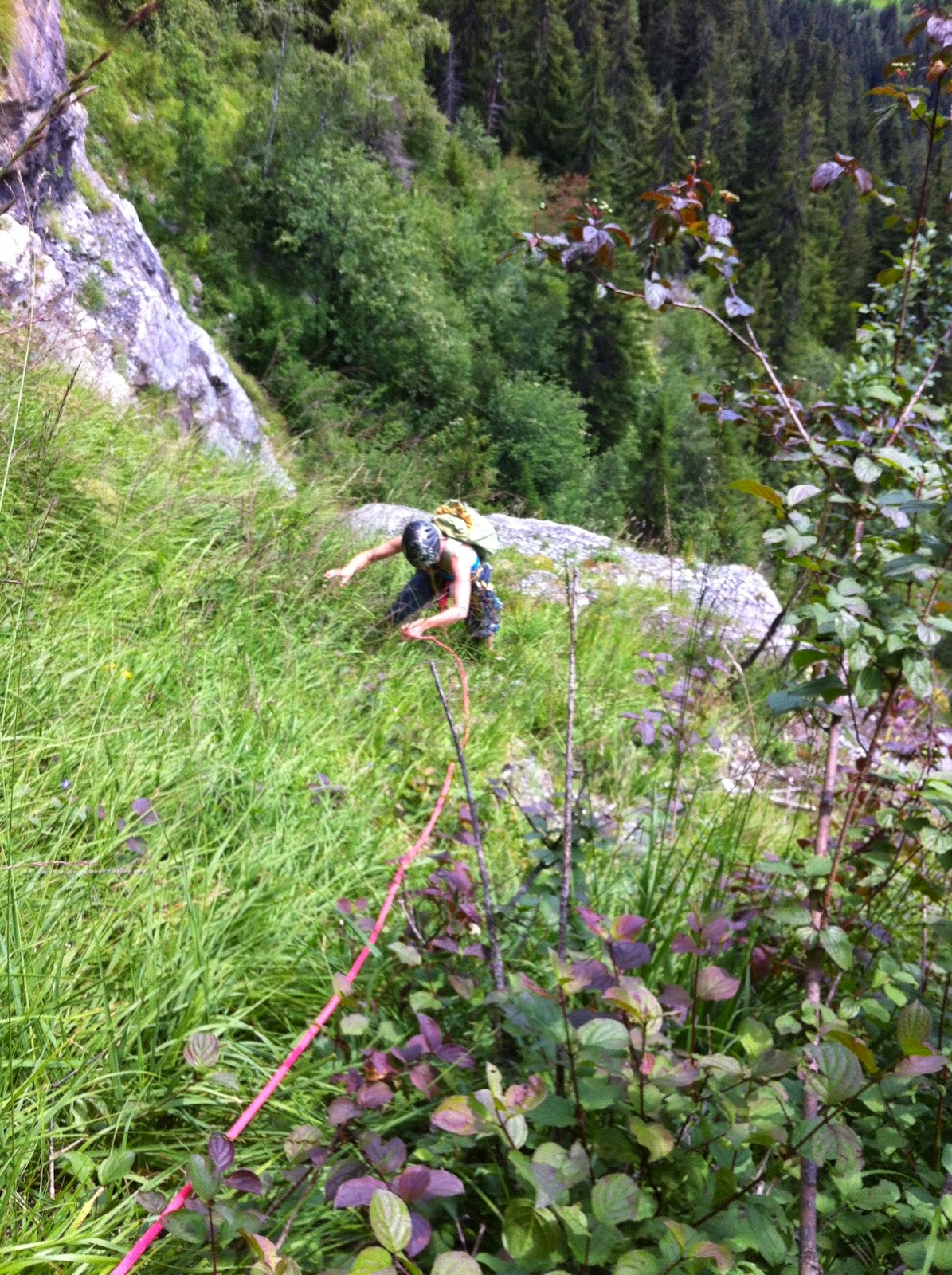 Second. A violent corner with some slopy slippery steeps. Aim for the via ferrata vajer bridge and just when it feels hopeless there is an old drilled bolt to the right. Clip it and run for the nice anchor. A three bolted one with a most new 12mm bolt which just been put there. (someone actually keeps this route running!)
And your just sent the ”Muddy must corner” pitch 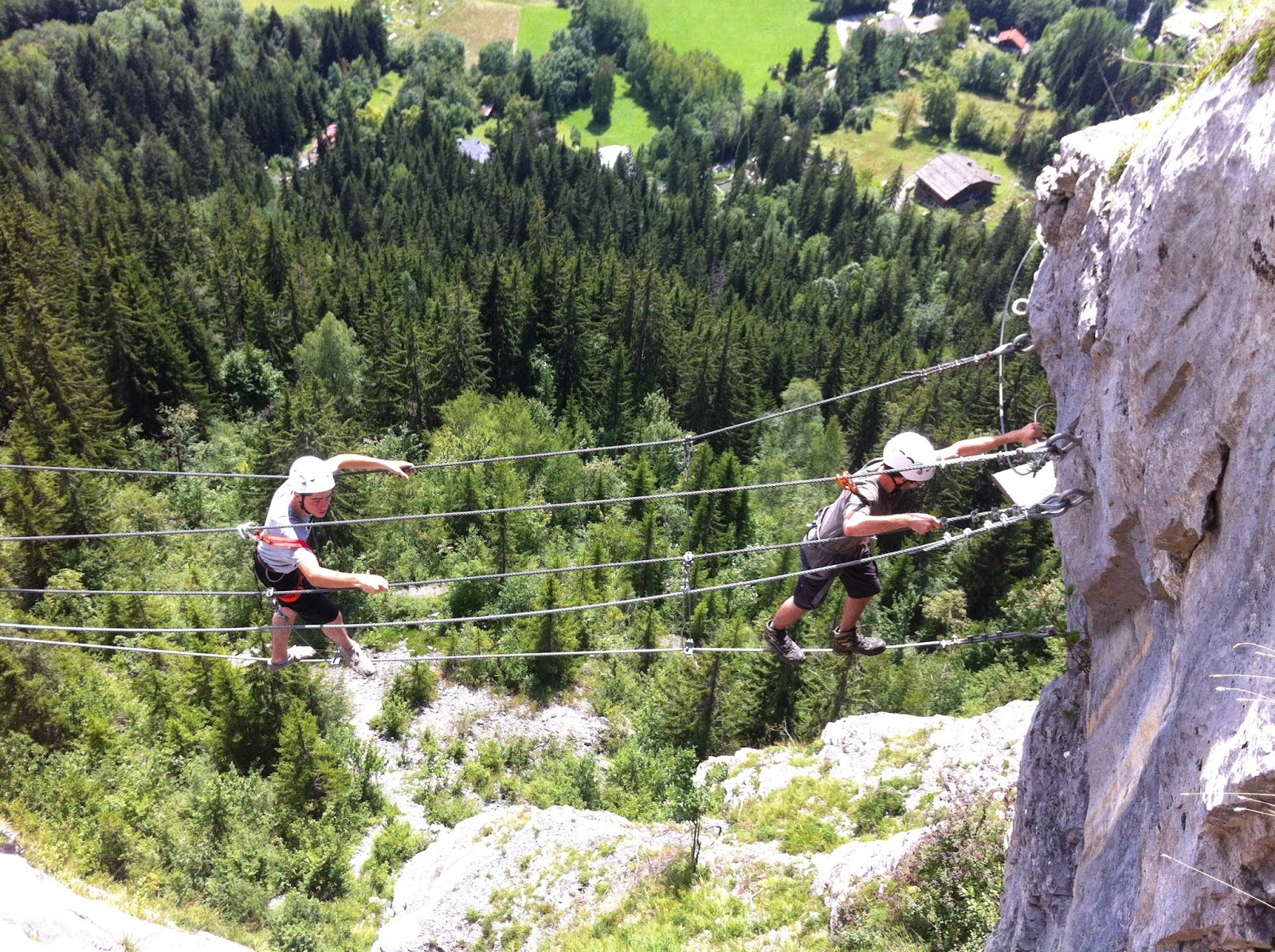 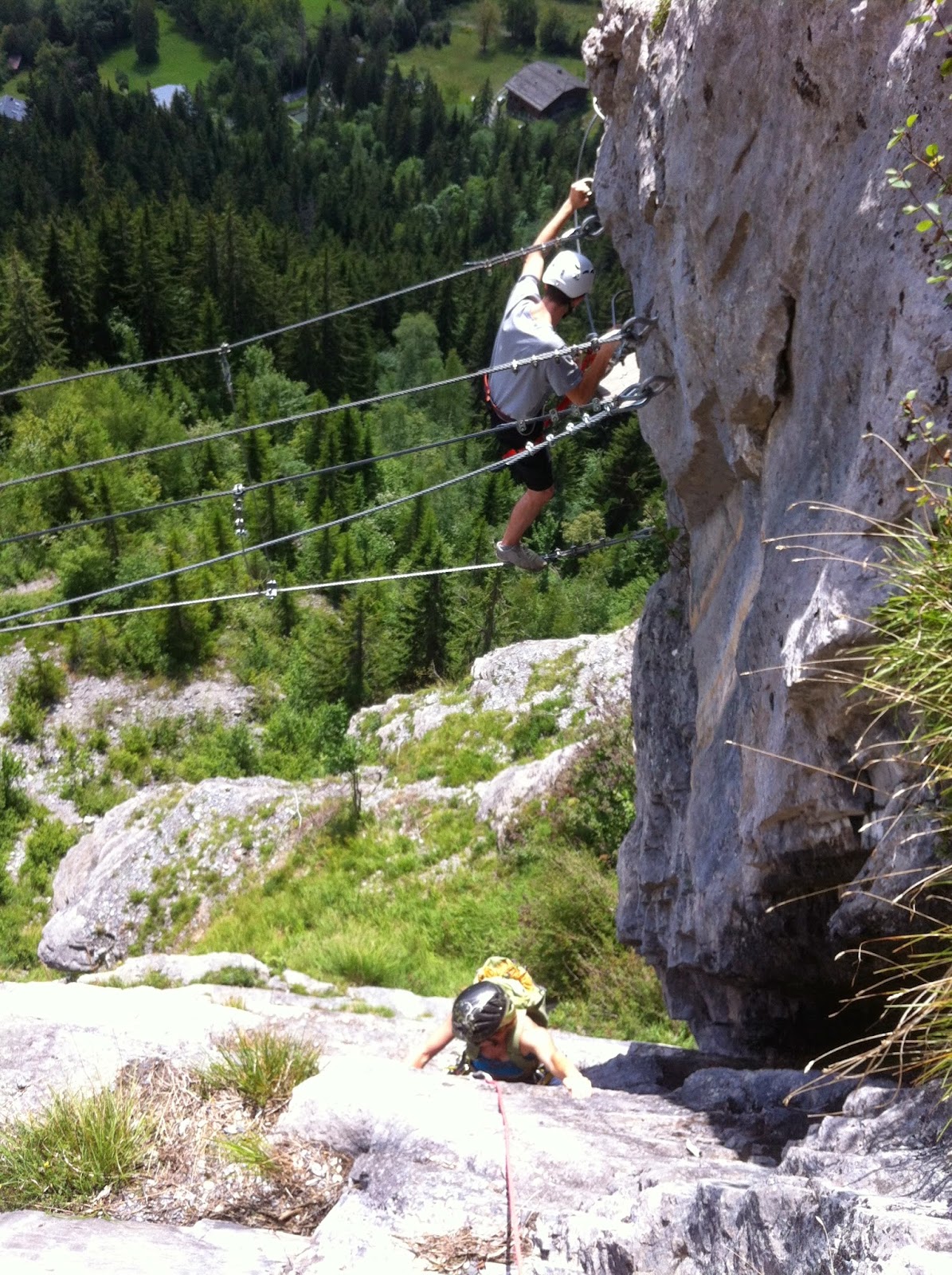 Third. Well, this is the "do it or leave it" pitch.
Start up passing a furious 12mm bolt. Then head for the grassy corner which has a most interesting section but once there it forms better then it looks. Just keep your focus and there will be an end. An end with two options, a single old bolt belay, a non hanger equipped bolt belay or an other 5 meter up a perfect 2 bolt belay (free hanging)
What ever you chose, its a nightmare! 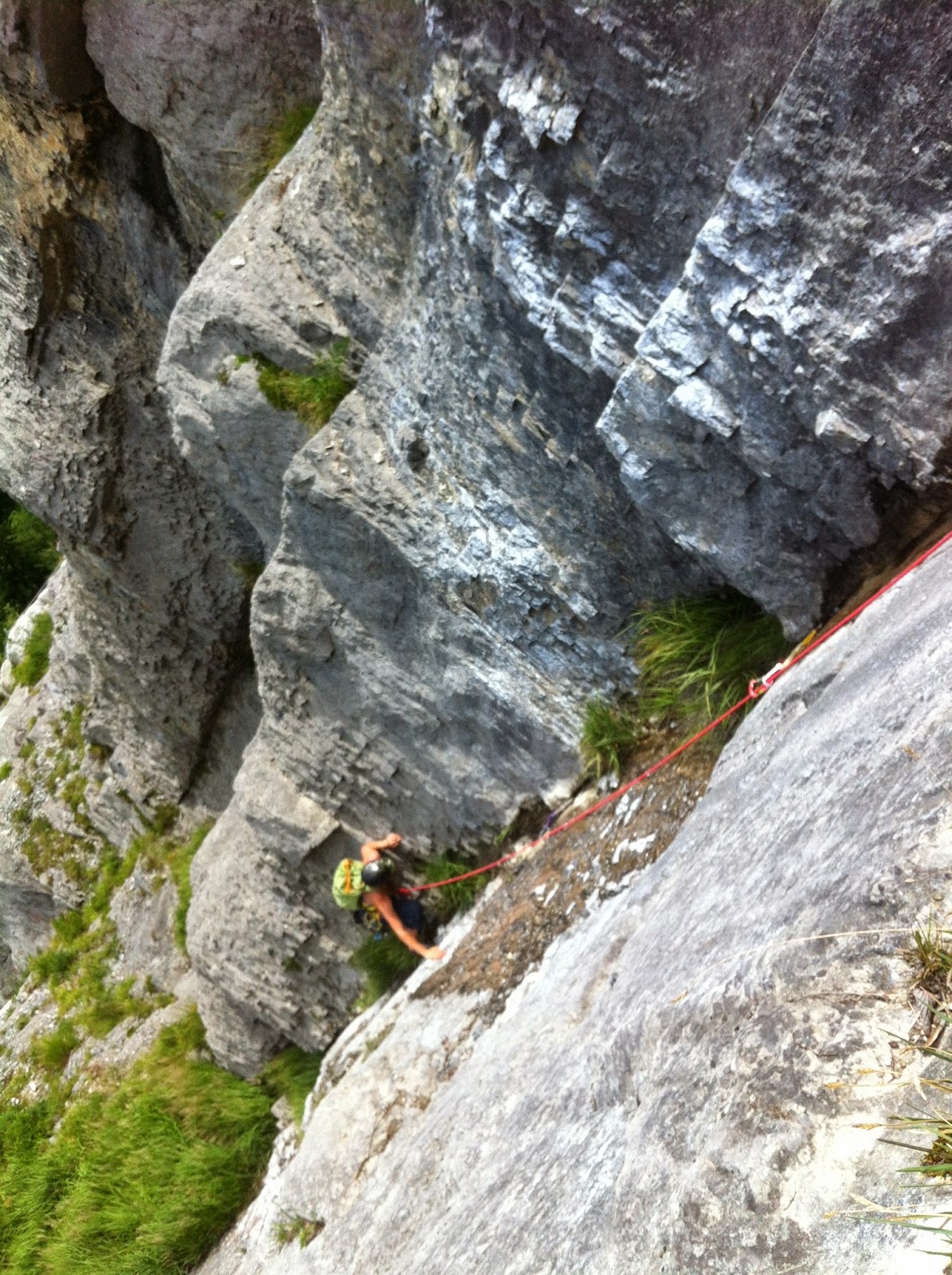 The leave it or do it pitch, a true mind work

Forth. The ”Choucas fly, alpinist die” pitch. A true climbing story with a solid 6a crux secured with a dead tree, awesome!
And the ”sortie”, can’t wait to do it again. That catch to the old pine, well its amazing climbing but the pitch that saved the day 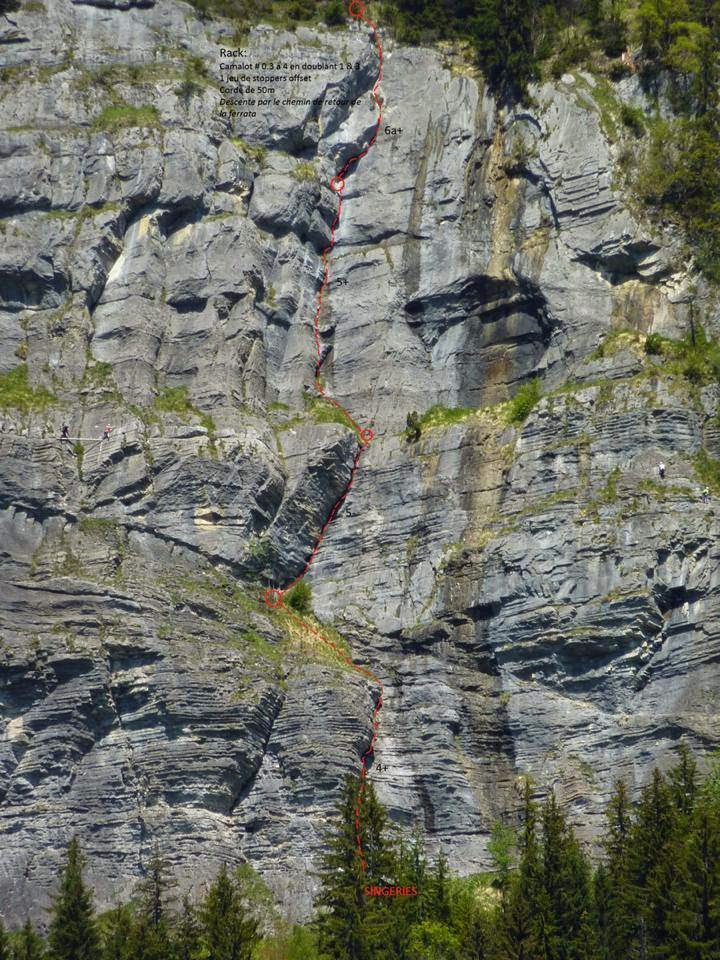