After some mega dumps of snow and cold weather the Alp range has suffered from a period of spring conditions, with as today more like late spring skiing. Long gone is the great fluffy poudreuse. And back is the unwanted foehn

And the next days dosnt look much better...but I guess some of the Christmas piste fighters isn't to disappointed.

It is with sadness to see all the nice built up ice routes slowly disappearing again. But with last year fresh in memory it's not over yet. Late January suddenly changed the ice situation to a mega situation with routes forming that hardly ever had before. It was close to that even the giga waterfall down in Vallèe l'Arve was formed and I was really close to give it a try...

At least in the north facing slopes the ice is still ok, and if the wind just drops enough so the Midi lift will open hopefully the mixed routes would be in still up there!? 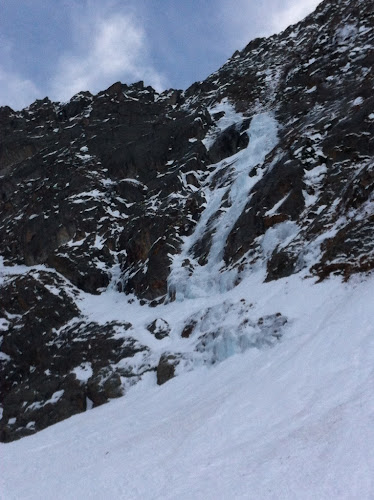 Just to keep the tools swinging I made my way up to the base of Aig d'armancette today and climbed the standard route le Cascade, which is in ok shape but a lot of water running under the ice cap. So some passages felt like creux. 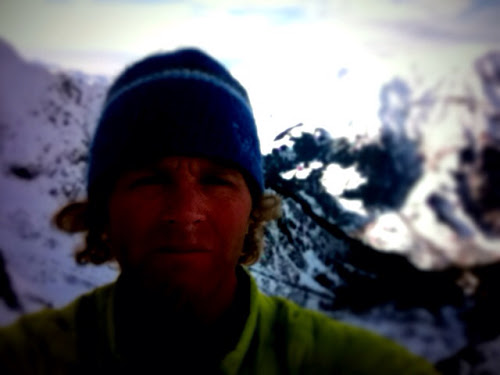 Since the day was nice I continued upwards after the last pitch, I didnt anyhow find the upper anchours. The distans up to the summit of Dome don't look to far a close distans, but the last slug up isn't that close ones there. And with the whipping wind the last bit dosnt feel worth it this time. So heading down back to Santa instead. 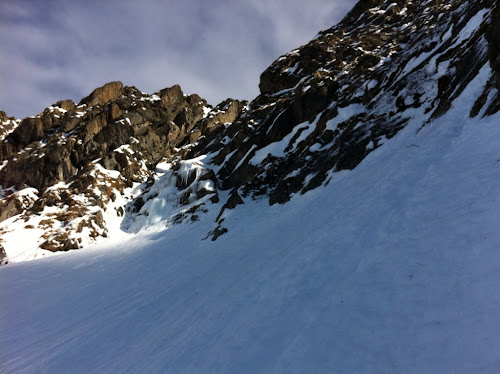 Finally down after a couple of offset rappels and snow plodding the remaining skiing does just that, remain!