Weather forecast looked Not So Good, so way not after nine days of vertical work, put in a rest day.
And let the dried out forearms and back get some vacation as well...
After almost getting fooled and go and climb an easier route of just a bit of 5.10, three pitches, we, read I, for once made a good decision, so instead we a headed up to Bryce Canyon and did some American tourist stuff, got yelled at from a museum owner for window looking and got some nice trail walking (not so american touristic, but still).
It's a great national park, as so many "over here". 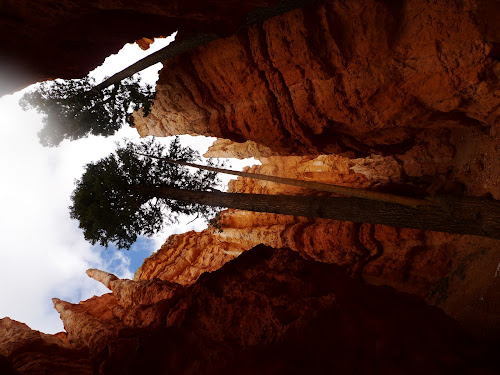 With it's so called Hoddoos and nice view points it's a perfect goal for a day or more.
Bryce Canyon National Park is named for just one of many canyons which form a series of horseshoe-shaped amphitheaters on the edge of the Paunsaugunt Plateau in southern Utah. Erosion has carved colorful Claron limestones into thousands of spires, fins, arches and mazes. Collectively called "hoodoos," these unique formations are whimsically arranged and tinted with colors too numerous and subtle to name. You'll want to make sure you visit when the weather is good. They get snow early here since the altitude is quite high, a bit over 8000feet. An idea is to visit Utah Weather.net weather for city and park weather in Utah.
Nice area as well to do a bit of 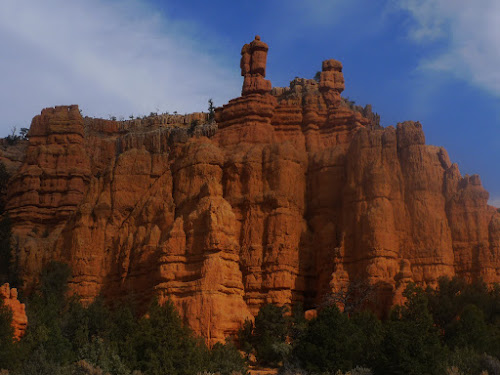 back country hiking as well, so bring the tent! 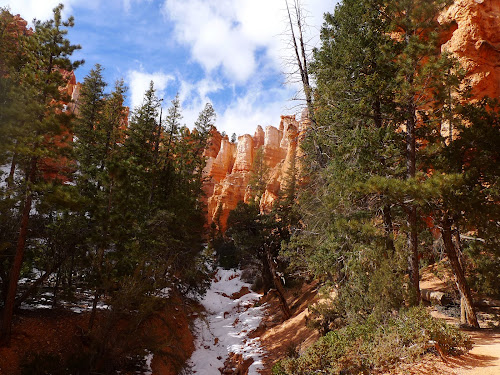 the lower canyon areas, they get up to 3m of snow here... 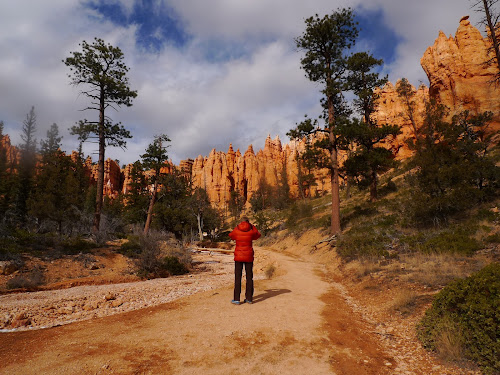 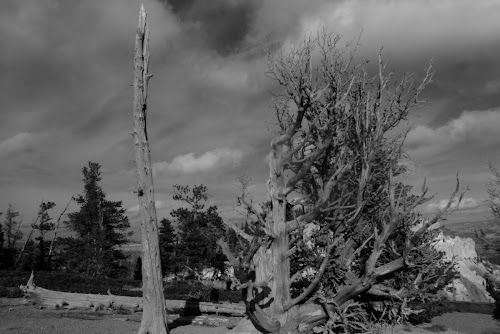 The old Bristelcone pineshas lasted more then 1,600 years and it looks like they have had a hard western time 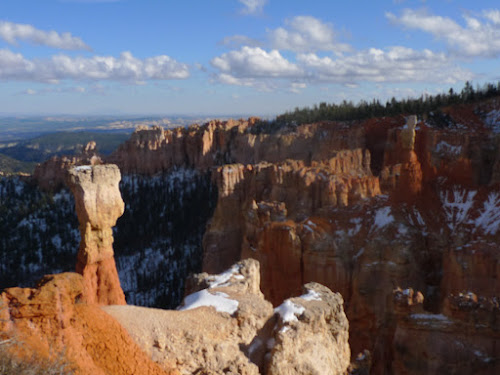 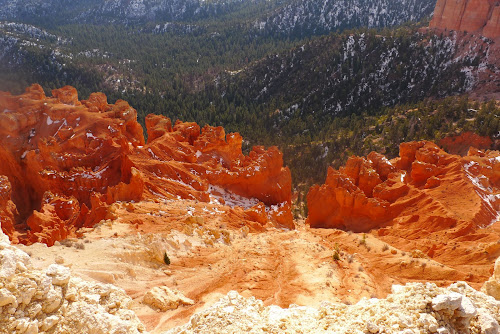 Could be a great ski run one day...
/pure passion
Upplagd av Krister Jonsson kl. 12:34 AM